ClioSport Club Member
Megane
Very sorry for your loss. I am a PM away should you need anything. 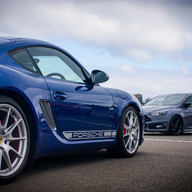 I lost my brother when he was 23 it was awful.

Keep your chin up and remember the good times to stay strong for the kids. Also don't be afraid to talk to someone about it.

ClioSport Club Member
R53
Thank you all for posting.

If there’s anything you need, this forum is a brilliant place to ask for help. We’re all here if you need anything. 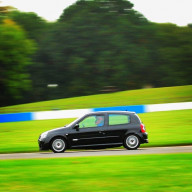 MR2 Mk3 / Giulietta
Jesus, thats awful mate. My dDad lost his wife (my step-mum) when she was a similar age and it was a tough time. Dont be afraid to reach out to people and offload, dont keep things to yourself.

ClioSport Club Member
R53
Well its been a while but the MINI has been sat on the drive a good while so I thought I'd keep it and put some effort into it.

It went to have a new clutch fitted and whilst it was there I had the following done, new clutch and pressure plate, super charger service, replaced a couple of damaged hoses on the cooling system, complete flush through the cooling system as these are prone to clogging up.
Had a new main oil seal as this was weeping and also whilst the engine was out had a new sump gasket and new rod bearings done whilst in there as seemed to worth the small amount this costs with it already in bits!
One of the fan speeds wasn't working so had a new fan assembley fitted.
This lot cost a fair few £££££ but should see the car right for a good few years. All this was done in Nov 2019.

I will post some images later when I get them off my phone.

ClioSport Club Member
R53
Engine out to do the job

ClioSport Club Member
R53
Oil leaking into clutch hosing but not got onto the clutch plates but springs had hardened off making the clutch very heavy.

ClioSport Club Member
R53
New and old clutch plate, I though I had some images of the flywheel surface that was showing signs of heat from the clutch slipping at some point but lost them.

ClioSport Club Member
R53
Also bought a new dip stick as these are prone to breaking off leaving the tip in the sump.

ClioSport Club Member
R53
Hmmmn not much going on here ? Ill press on with the updates.

ClioSport Club Member
R53
With all the free time I have finally got around to fitting my alcantara trim bits. It was a pita to do but quite pleased with the results.
Also fitted some new mats.

ClioSport Club Member
R53
Finally gave it a good clean, including ironx,tardis,clay,polish and sealed. Also treated the plastics to some C4 which brought them up like new.

ClioSport Moderator
197
Only just seen this thread and I’m genuinely sorry to hear of the news you faced last year, thoughts are with you and the family mate.

On topic though, car is looking nice! Did you get to the bottom of the boot filling up with water?

ClioSport Club Member
R53
After my holidays being cancelled I decided to spend the cash wisely so I bought some Ohlins ! I've always wanted to try a top end set of dampers having already had AST on my Clio that were far too stiff for a daily and after lots of research decided on the Ohlins. I plan to sprint and hillclimb my car at some point but it will spend 95% time on the road.
They arrived in 2 boxes and they are very high quality as you would expect.
I'll let the pictures tell the story.

ClioSport Club Member
R53
Few more fitted, have to excuse the scabby rear end as I plan to clean it up and paint it later.
Needs to come up at the rear and I have fitted some front standard mounts that have been modified to give approx - 1.5 neg camber but this means the front is 20mm higher than it would be if I fitted the Ohlins mounts.
I cant fit them as spherical bearings are not allowed in the class I will run my car in.
It looks higher at the front I as I have 205 and 215 tyres (which I will fit MPS4 when the cv is over) the 215 seemed a bit close to the spring so I swapped them to the rear which made the rear look lower.
I think I will try it with the AST mounts to see what it does to the ride height but these have no camber adjustment so its a trade off I think.

ClioSport Club Member
R53
Also if you look at the rear spring there is a gap of around 10mm when on full droop where I thought it would use a helper spring however as Ive said I plan to lift it up at the back so this should be ok.
L

Please keep the thread updated regarding your thoughts on the suspension - it looks like a great setup! Regarding water in the boot, I've found the foam seals to fail around the number plate light holder and rear lights. There's one around the upper reverse light which can leak too. Could you have replaced the rod bearings without removing the engine? And were the alcantara trims off eBay or elsewhere? Thanks

ClioSport Trader
PM me 4 Car Finance
I had Ohlins on my R56. Absolutely epic road setup!!!

ClioSport Club Member
ITB'd Clio
Nice one Colin looks great, what class will you be in ?

larry said:
Please keep the thread updated regarding your thoughts on the suspension - it looks like a great setup! Regarding water in the boot, I've found the foam seals to fail around the number plate light holder and rear lights. There's one around the upper reverse light which can leak too. Could you have replaced the rod bearings without removing the engine? And were the alcantara trims off eBay or elsewhere? Thanks
Click to expand...

I found the leak was due to water getting under the boot seal and running down inside it into the boot on both sides. I sealed it with some black bathroom sealant and it’s been fine since.

JohnnyE said:
Nice one Colin looks great, what class will you be in ?
Click to expand...

1C I think that’s if we even get out this year !

Sir_Dave said:
I had Ohlins on my R56. Absolutely epic road setup!!!
Click to expand...

I only have a 5 minute run to work but can tell already how much more refined it is over crappy roads also soaks up speed bumps with ease !

ClioSport Club Member
R53
A bit of an update as not much happened with this apart from 3 sisters back in august.
Mot is due next week and it’s had an intermittent airbag fault which my eBay reader said was the drivers airbag so after lots of pissing about I took it to the garage that’s doing the mot to read the codes and turns out it’s the BST which is the battery safety terminal.
I made the cables off as they had previously been under water due to a boot leak

but was still causing problems so I fitted a resistor for now until I can get a replacement.

Next problem was a low oil pressure light

it was onwhen starting from cold but went off after a few seconds and a quick google search suggested a faulty pressure switch.
I got one from ECP which was still in the BMW bag so a result there. I fitted it which only took an hour and has now gone out so

I am doing the Oulton park track day on 18th December if it goes ahead so need some tyres and some brake pads which will probably be Mintex M1144 as the are good from cold and good for sprinting.

ClioSport Club Member
535d / t5 caravelle
Great progress mate, that's gonna be ace on track with the new suspension, and definitely going to buy some of that c4 stuff for the bumpers, good to see you didn't sell it in the end

Sent from my SM-G955F using Tapatalk

ClioSport Club Member
R53
Today I refitted my Ohlins to get ready for Oulton park in dec although today’s COVID news may prevent it going ahead.
Anyway the last time I fitted them I had somehow managed to fit the front springs on the rear and vice versa and only noticed when refitting them. This is why my front tyres were really close to the springs as they are 2 different lengths.
Before

After.
Hoping for some good Black Friday deals as just bought 4 x 215 MPS4 tyres for £367 fitted on the drive,brake pads and Hardrace rear arms as going to fit R56 alloy rear arms.
Also rear arb as looking at the Hotchkiss but it’s £££

I believe a rear Whiteline ARB is currently around £130. People also rate the smaller Mini One front ARB

ClioSport Club Member
R53
Not sure the Whiteline is thick enough as it’s only stiffer in its highest setting, think the Alta one will be better.
Yes Ive seen a few people fit the one arb.
Have you had a Mini ?
L

Thanks, I hadn't realised that, will have to take a look at the Alta one. I own this which has a few mods, though still a work in progress. Was looking for a set of Turinis like yours, but these wheels came up first.

larry said:
Thanks, I hadn't realised that, will have to take a look at the Alta one. I own this which has a few mods, though still a work in progress. Was looking for a set of Turinis like yours, but these wheels came up first.