Darryl_1983 said:
That picture makes me wish i still had my red mr2.

Yeah 15's mate. They do look bigger don't they.

I guess its the meatier tyre on the rear.

Darryl_1983 said:
Do you know about the Door Bushes available for these. it's basically a bush that wedges in to the door shut area to give the body more rigidity. I've no idea how effective they are, but a lot of people rave about them on the MR2 forum.

Got them on mine, no idea if they work or not TBH. As you say people rave about them though. They would make more sense on a soft top MR2 given the lack of rigidity over a hardtop

ClioSport Club Member
182-RS2
I guess they're 3D printed, so Dan could always make his own.

I bought a set for mine and never fitted them before i sold the car.
D

ClioSport Club Member
Boris
I've never heard of those but I'll look into it. Cheers

@JB21 no I haven't considered brakes yet as I don't know how bad or good these will be. I've heard they are really good as standard tbh. Think dannydc ran standard brakes with just uprated pads

ClioSport Club Member
Civic
There is a famous quote from a MX5 engineer when asked, what is the first thing you would do to a car with 60k on it and he said I would change all the bushes. I'm in firm agreement with you and pending results on Golf will probably do the same.

Re brakes, I think it's a light car and although its extra 80/100bhp with your cooling ducts etc it will be fine with a pad upgrade I reckon. If not plenty of oem upgrades about.
D

as soon as I find some ill start mocking a set up. Need them for measurements or where they actually fit

ClioSport Club Member
Boris
Well I'll be damned. (not disputing that your suggestion is pointless at all and I'll always try new things) but this review is a little crazy

I can't believe that a small plastic insert in each door can lead to this American dudes review:

On my '01, more confirmation that these make a surprising difference. Installation was easy. Strong pops on both sides, driver's side a little hard to open at first but have yet to apply the wax. Chassis is already reasonably stiffly braced (FTSB, RTSB, middle blue frame thing) and sprung (unknown coilovers). The ride previously could be best described as go-kart crashy and what felt like very little suspension compliance, just bang-bang-bang over anything other than smooth roads. After installation, everything felt 'solid'--speed bumps weren't the distinct separate hits to front and rear, felt like everything was connected. Feels like considerably softer struts and springs (!) with normal-car oscillations rather than immediate front/rear separated bangs. Everything at speed is notably quieter apart from the usual points where wind noise starts to make itself present and, oddly, the body vibration that used to render the rear view mirror more of a suggestion than an indication has been largely damped out. Not quite the chassis solidity of a Boxster yet but maybe in shouting distance of an old Merc or Volvo.

Turn-in feels a bit crisper. There's a touch more body roll (twice almost nothing is still almost nothing) but definitely very slightly present. It feels a little more like a road car instead of a track toy, a touch more sedate when not indulging in permagrin. I'd say the comfort increase alone makes it WELL worth $40 and 5 minutes--especially since the handling remains unaffected if not slightly improved! Thinking this will have a high spousal approval factor
Click to expand... 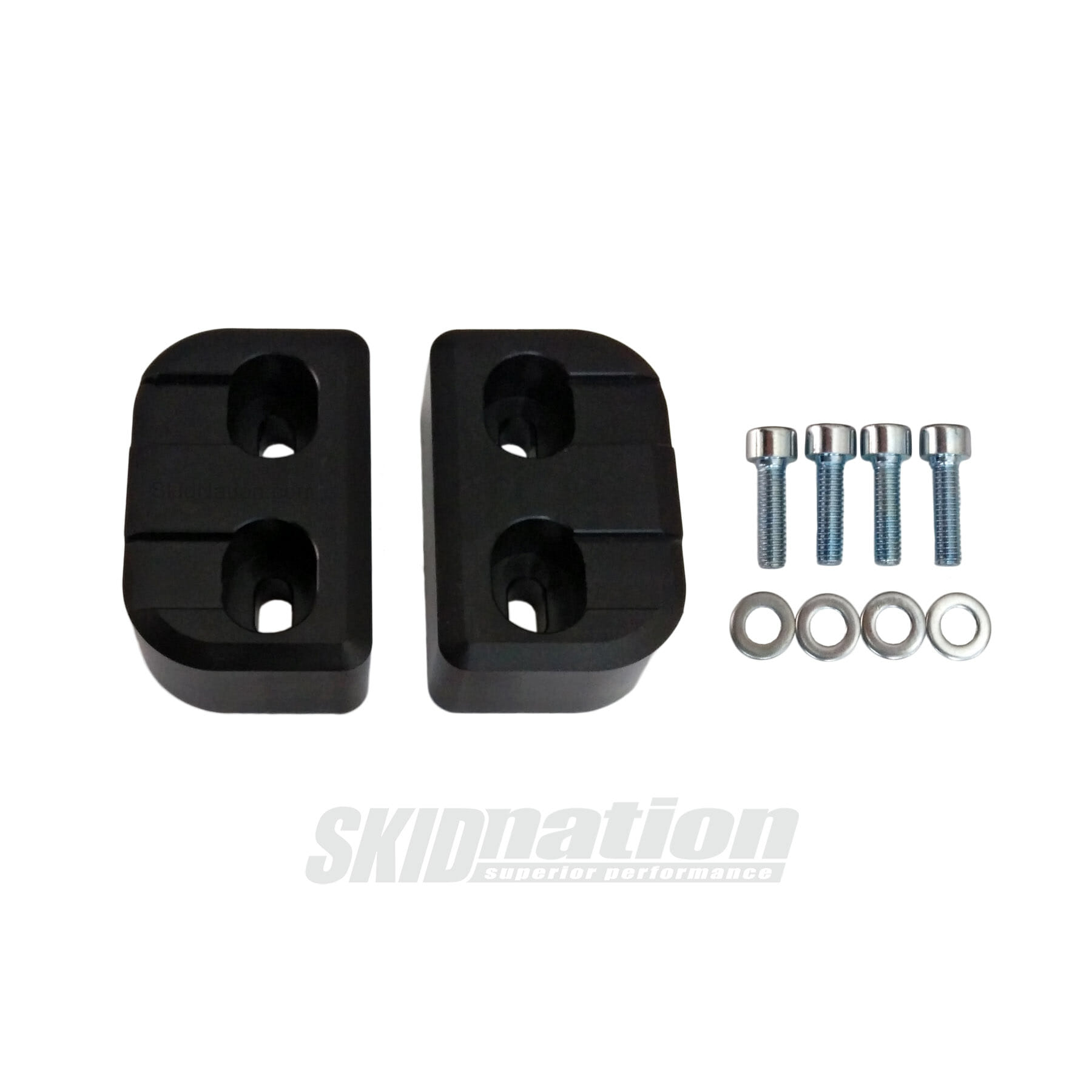 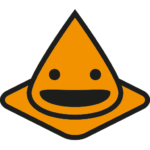 ClioSport Club Member
Boris
Blimey, I'll have to give it a try. Like I say, never say never!

ClioSport Club Member
182-RS2
Can't help with measurements, but there is a YT video in the link i posted above on fitting instructions, highlighting placement.

Maybe @JB21 can provide a starting point for measurements from his set.
D

ClioSport Club Member
Boris
Well that was 75% a penis to remove. I've removed the wishbones and anti roll bar on the front in preparation for the new bushes arriving
Overall for a 17 year old car it's not too crusty under there but I will be properly undersealing it when I can.

2 hiccups though.
The antiroll bar mount on one side is held on with 2 bolts. These sheared off so I had to drill them out. The threads are still there which is good.

Hiccup two, the wishbone front Bush bolt had siezed in the Bush which was a total knob. I had to cut this off which still didn't give me much leeway so with some heat I unsiezed it and it fired out.

Wishbones and arb is now off and I'll begin pressing the old bushes out tomorrow.

I'll start on the back too tomorrow. Happy days

ClioSport Club Member
Boris
Got this brace on the way too for under the car. Should be epic when all these are done
Thanks @Akay for the hint on this

YorkshireKyle said:
A bloke at work has one and he kept bringing things in to show me what he's been printing the c**t

I just can't think of many things that I want to print so I can't justify it yet lol
Click to expand...

Some new buttons for your Chesterfield?

ClioSport Club Member
clio 182
Mate, with the snapped off bolts.. if there is nothing stopping them wind them into the hole rather than extraction... will be much easier.

incy-spider said:
Mate, with the snapped off bolts.. if there is nothing stopping them wind them into the hole rather than extraction... will be much easier.


Sent from my iPhone using Tapatalk
Click to expand...

I will do well to read!

Cookson said:
Some new buttons for your Chesterfield?
Click to expand...

incy-spider said:
I will do well to read!

Sent from my iPhone using Tapatalk
Click to expand...

New side vents from the facelift have just arrived which was a nice surprise. Should make the side of the car look much nicer

Did you not see my 1950's living room with brass and solid Oak ffs?

@JB21 I now have these available if you're still after fella

JB21 said:
Defo mate as long as you're ok shipping them.

ClioSport Club Member
Twingo 133 Cup,
Also can be used as an ironing board!
D

ClioSport Club Member
Boris
Bad news today regarding the whiteline arb. It turns out everywhere doesn't have them in stock and they need to be ordered in from whiteline. That wouldn't be so bad however they are ordered in from the other side of the world.... Australia. 8 weeks lead time apparently.

So I got a refund back from the original place and I called around to see if anyone else had it actually in stock which they didn't, another company said they don't however they can beat whitelines current 15% off deal and give me 20% off bringing the total from £277 to £223 which I may take them up on tomorrow. I will have a 4 to 5 week lead time though.

What do people think?

In other news a new toy arrived to help with the removal of bushes and wheel bearings.

All I can say is... Why didn't I get one sooner??
It made removing the old bushes in the control arms and hub an absolute breeze. No more setting things on fire, cutting a slot in and chiseling! It'll help with wheel bearings in the future so should pay for itself quite nicely.

Unfortunately the set doesn't go down too small so I had to use an impact socket for these on one side but I'll take that. Coated it in acf-50 to try and protect it.

ClioSport Club Member
Titanium 182
I have one of those type of bush puller kits.

On really tight bushes you'll want to grease the threaded bar to make it a bit easier.
D

JamesBryan said:
I have one of those type of bush puller kits.

On really tight bushes you'll want to grease the threaded bar to make it a bit easier.
Click to expand...

Ahh really? Th ts what I linked to the other day in the thread haha

Yeah it was fully greased with cv poly grease, can see it on the table in one of the images. It's great stuff for stuff like this where there's compression.

dann2707 said:
Ahh really? Th ts what I linked to the other day in the thread haha

Yeah it was fully greased with cv poly grease, can see it on the table in one of the images. It's great stuff for stuff like this where there's compression.
Click to expand...

Managed to get a metre of 12.9 grade rod for cheap though and just cut it down to replace it.
D

JamesBryan said:
I used mine on the Clio rear beam bushes and managed to get it slightly off straight and ended up bending the M8/M10 bar

Managed to get a metre of 12.9 grade rod for cheap though and just cut it down to replace it.
Click to expand...

in all honesty I just got them for the drifts as I already have a press but having that feature is nice.

Genuinely wonder what grade of steel these threaded roads are, is there an easy way to check?

I f**king hate doing rear beam bushes, @0ss yours were no exception and they were easy ffs

in all honesty I just got them for the drifts as I already have a press but having that feature is nice.

Genuinely wonder what grade of steel these threaded roads are, is there an easy way to check?
Click to expand...

YorkshireKyle said:
I was gonna buy one of these for doing bushes

I f**king hate doing rear beam bushes, @0ss yours were no exception and they were easy ffs

dann2707 said:
I'm almost tempted to come round to yours and remove all your bushes in the night

New tools mean everything in sight gets worked on

Just waiting on some other bushes and we're good to go