Picked up my new car today... kept it RenaultSport and went for a Megane 265 Trophy in Liquid Yellow! @SharkyUK this is what I was on my way to view when I went past you on the A34 on Monday!

It is a fairly big spec, some of you might even know or recognise the car.

I won't list all the mods now, but the highlights are:

One of only 50 of the 265 Trophy's built, and then only so many (not sure exactly how many!) of those were Liquid Yellow.

I have only got pictures from the previous owner for now, but will get some more up when I get a chance to take a few of my own!

Thanks to @Davyy for taking me up in his amazing Megane to collect it.

Also, before anybody else mentions it, yes I know the Trophy rear quarter decals are not fitted correctly (they should go up to the top of the car!). I will be sourcing a replacement set imminently to satisfy my OCD!

Thought I would also mention that between owning the Ph1 (which sold 6-7 weeks ago now) and this Megane, I actually bought a very high spec Monaco Blue 172 which was advertised on this site! I still have it, so keep any eye out in the classifieds as it will be getting advertised in the next few days. It is a great car... here is a couple of pictures of it; the last one was taken this morning next to @Davyy lovely new Megane. 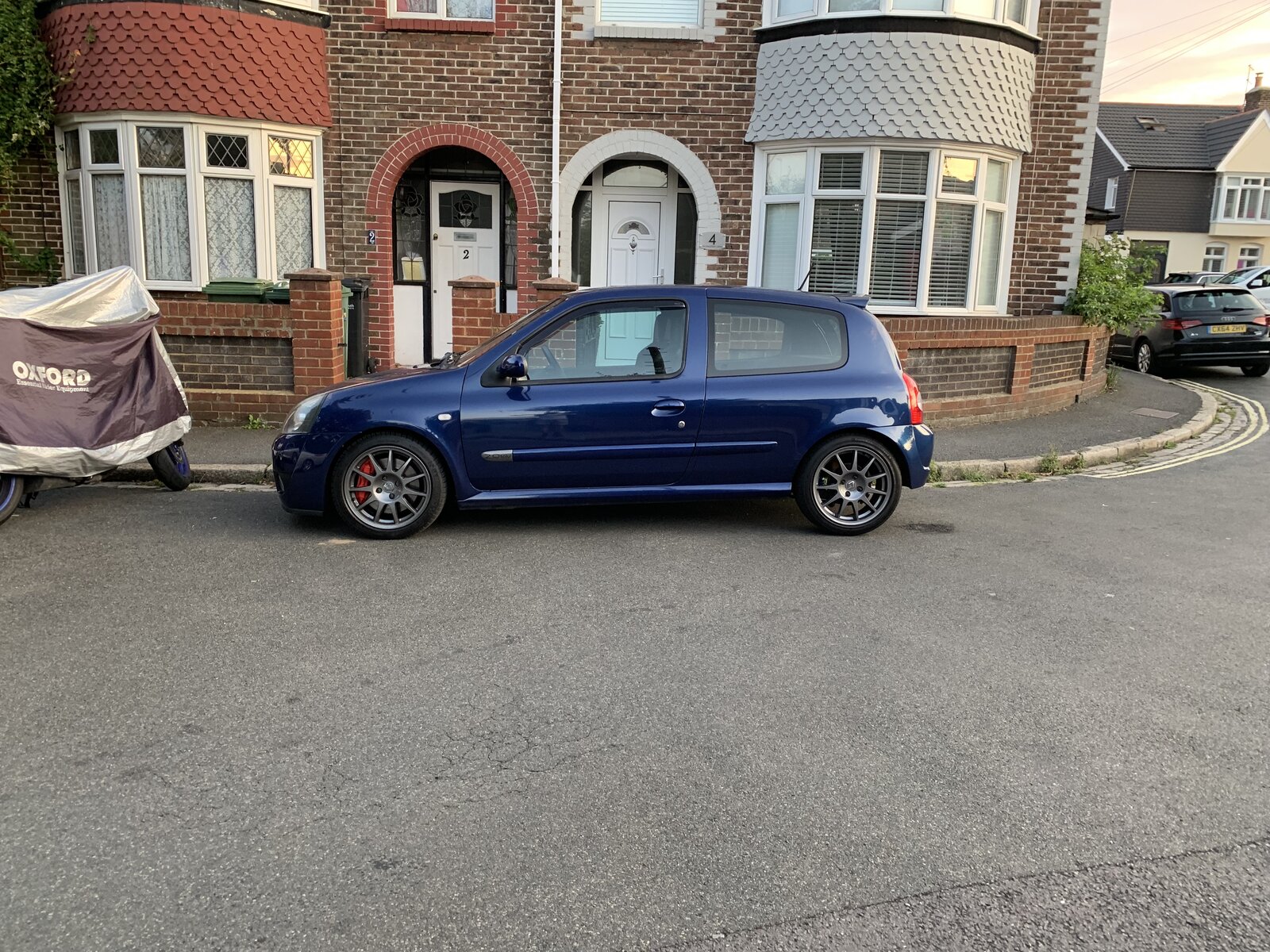 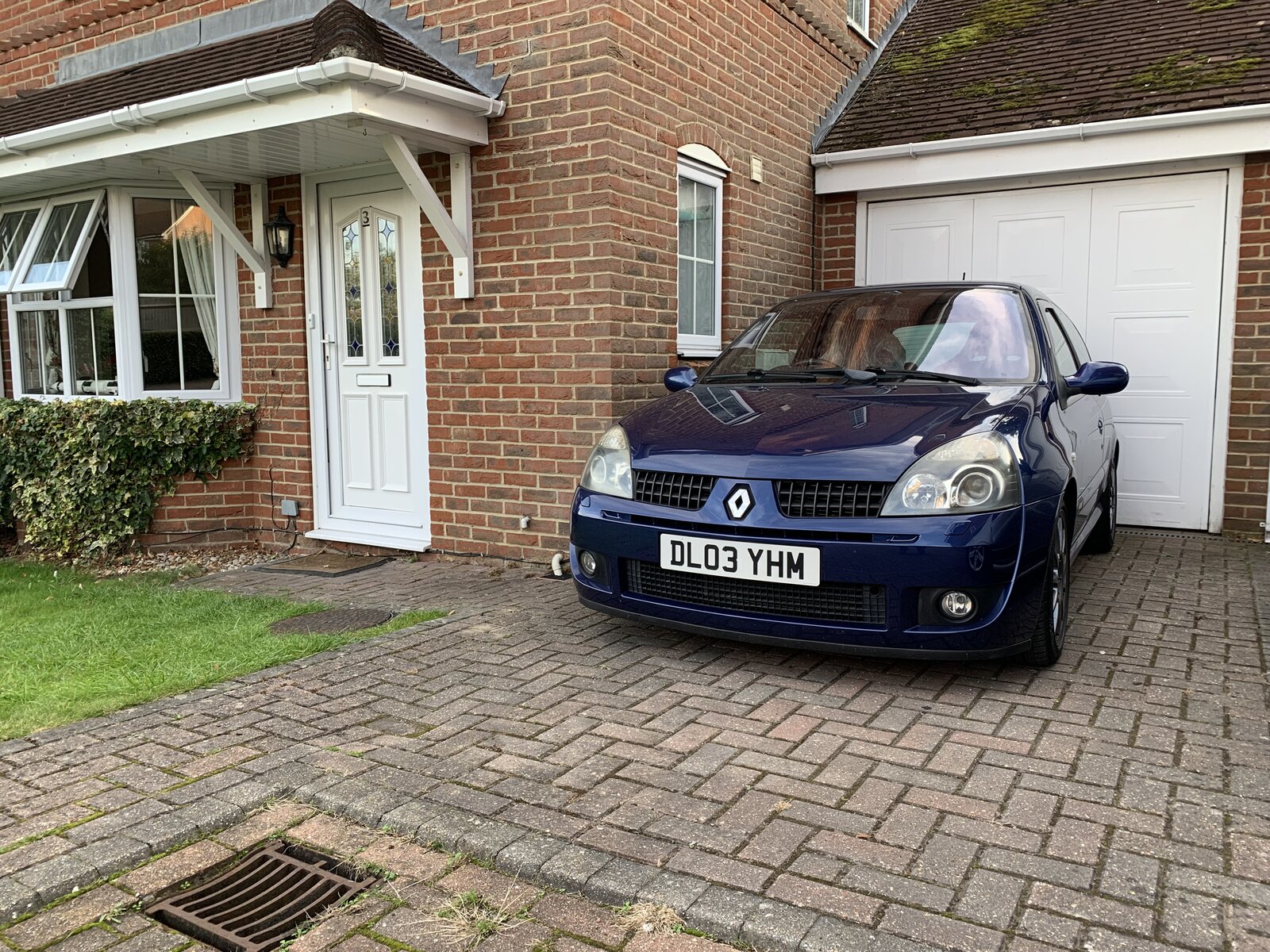 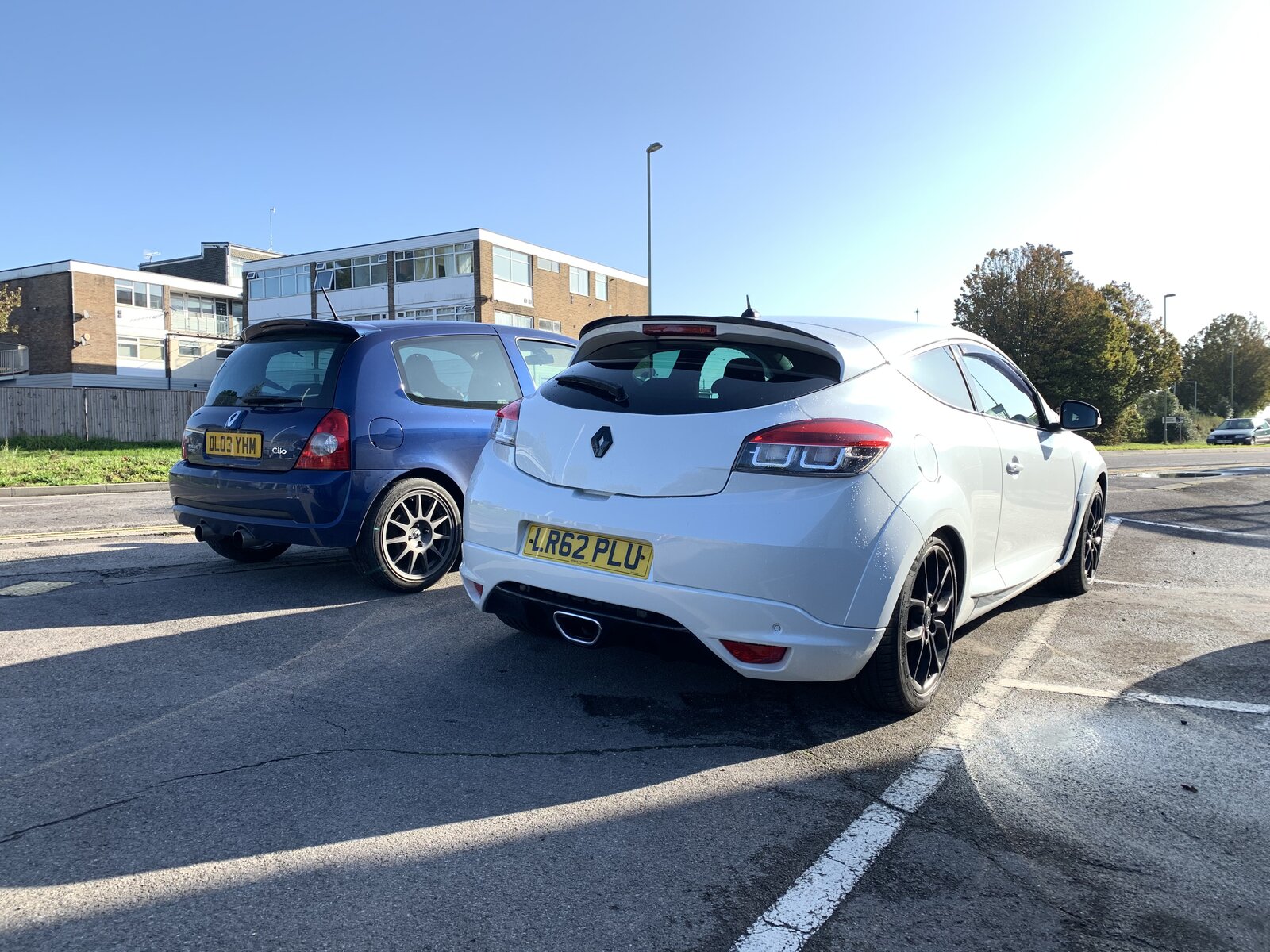 Anyway... pictures of the Megane!!! 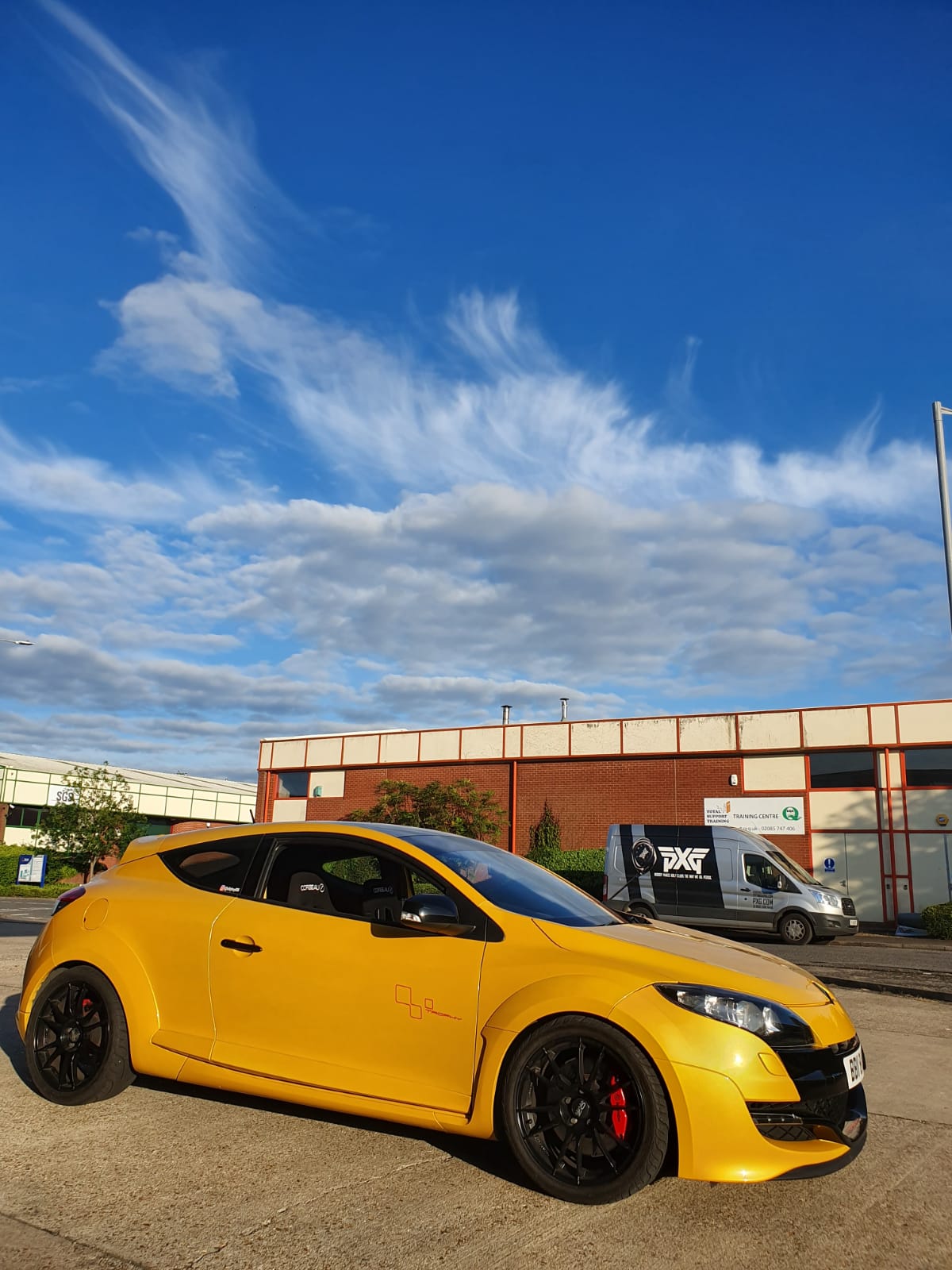 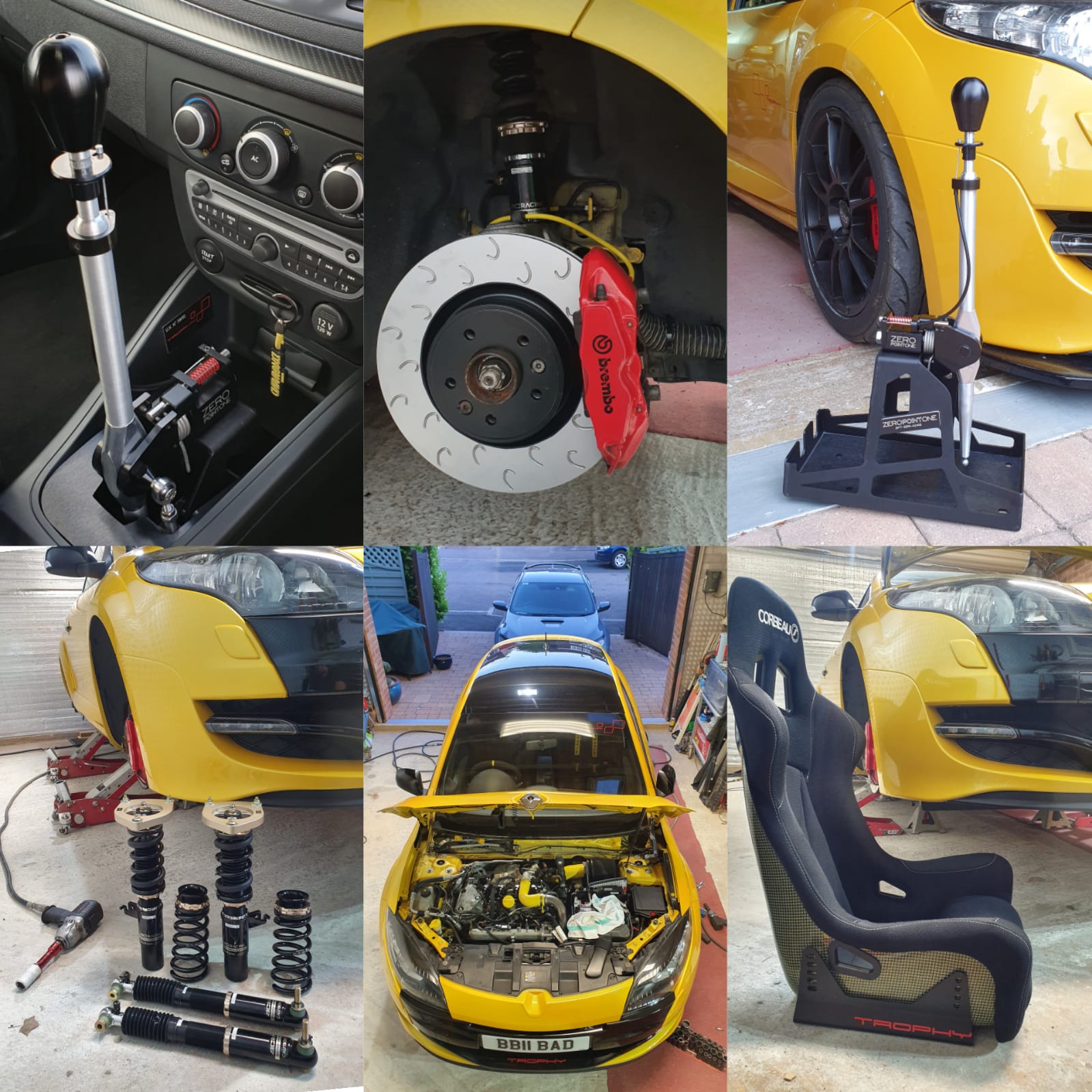 That is utterly stunning...!

ClioSport Club Member
250 Cup & BG 182
When I was younger, it was the Monaco blue 172 that made me want an RS clio. That looks great with the turinis etc. I have a Megane 250, based about 5 minutes from hindhead. We should get a meet sorted at some point. Megane looks great (apart from the sticker

I have been thinking about one as my next car but has to be on coilovers as it makes the car sit so nice!

I give it 2 months till this one sold! Hah

Sent from my SM-G950F using Tapatalk

ClioSport Club Member
Porsche GT4
@Ash J - congratulations buddy, that looks superb and a real nice spec, too. Enjoy it fella. I'll keep an eye out for you the next time I'm on the A34 (or in that area!)
R

ClioSport Club Member
Looks beautiful, i can't wait for you to go through every detail on this car! Loved your previous GTA etc.

I'd sack the side graphics off personally. And I like the steering wheel how it is.

ClioSport Club Member
It's nice now, i hate to think what'll be like once your "done" with it.

ClioSport Club Member
Megane 250
FYI The Trophy at that age didn’t have the large decals on the rear quarter. Just on the front lip and doors.
They’re from the 275 Trophy.

I know you won't believe me, but this one is a keeper!

I have been wanting one for a while but they don't often come up with a spec like this one.

I'd sack the side graphics off personally. And I like the steering wheel how it is.
Click to expand...

Thanks mate. At first I thought the same about the side graphics, but they have actually really grown on me and will be staying!

As for the wheel, I agree as it looks lovely as it is. However, it is still a little too large for my liking and does not give the direct feeling of an aftermarket wheel. So I am undecided on what to do. We will see! I love the way it looks now, but would prefer the feel of a Sabelt; I will decide over the coming months what to do.


FatRS said:
FYI The Trophy at that age didn’t have the large decals on the rear quarter. Just on the front lip and doors.
They’re from the 275 Trophy.
Click to expand...

as I mentioned above, at first I was not a fan of them (because of the very reason you mention; they only came on 275 Trophy's) but they have really grown on me so will be staying at the moment.

ClioSport Club Member
Megane 250
There were 38 LY Trophy’s sold and 12 Diamond Black.
The only option from memory on the LY was a black painted roof.

ClioSport Club Member
172-E92 M3-ZT V8
That is seriously nice. Love when a Meg is dropped a little - your sits lovely and the mods will make it a proper weapon i’m Sure

ClioSport Club Member
Sunflower Ph1 172
Nothing much to update at the moment, and the weather has been pretty rubbish which is less than ideal when running Nankang NS2-R’s!

Have made my first parts purchase for the Megane though... a set of brake bells and rotors came up for sale for a good price, barely used and in great condition. They turned up today, and they look epic!

Now I need to get on and order some nice pads to match... have decided to go with Carbon Lorraine RC5+ so will get them ordered soon.

Then I can get it all fitted along with the rear braided hoses I have (already running braided hoses at the front, but rears were not done as they are a bit more of a pain in the arse to fit apparently) and a flush with some decent brake fluid.

Pictures of the new parts... 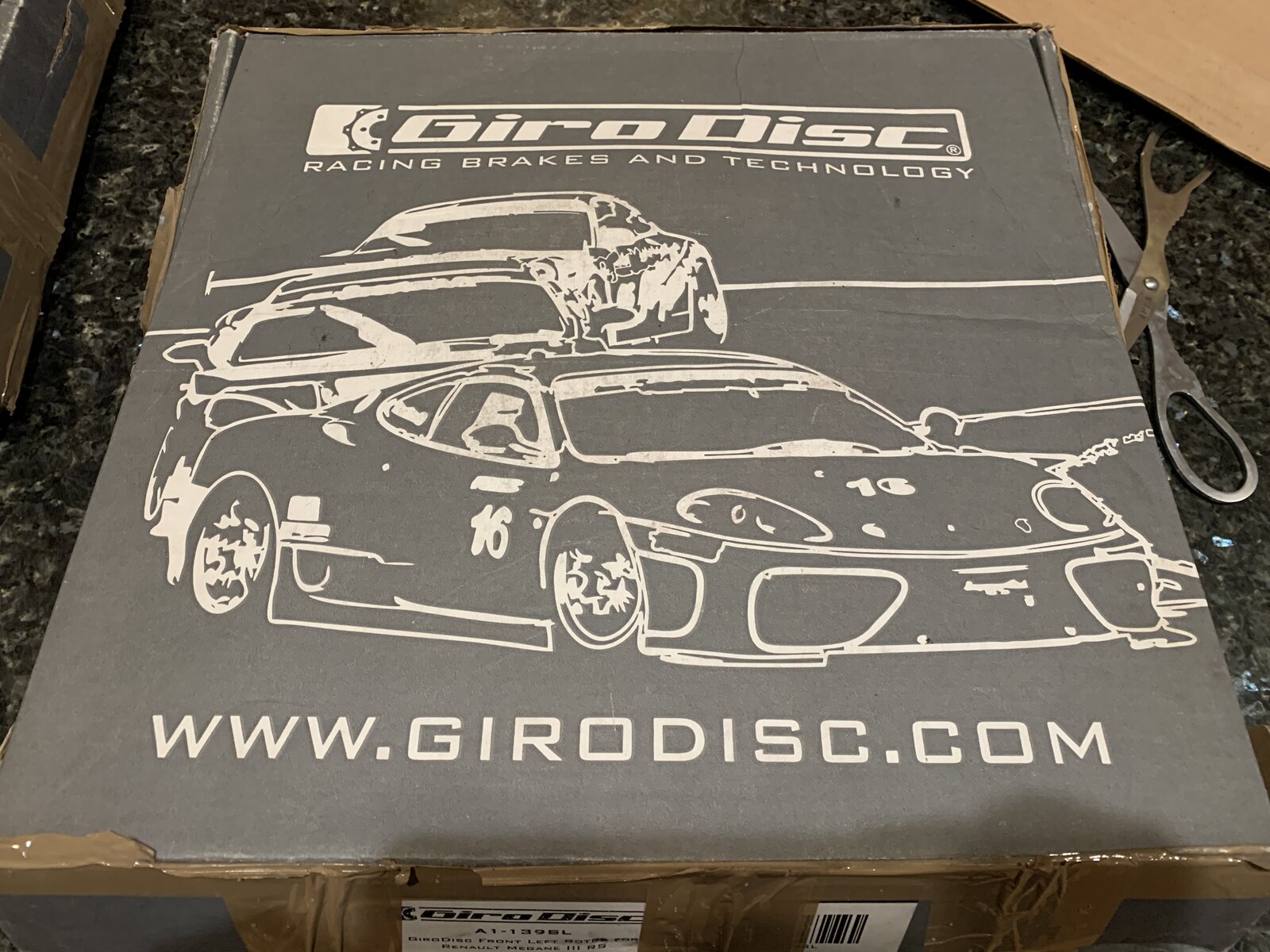 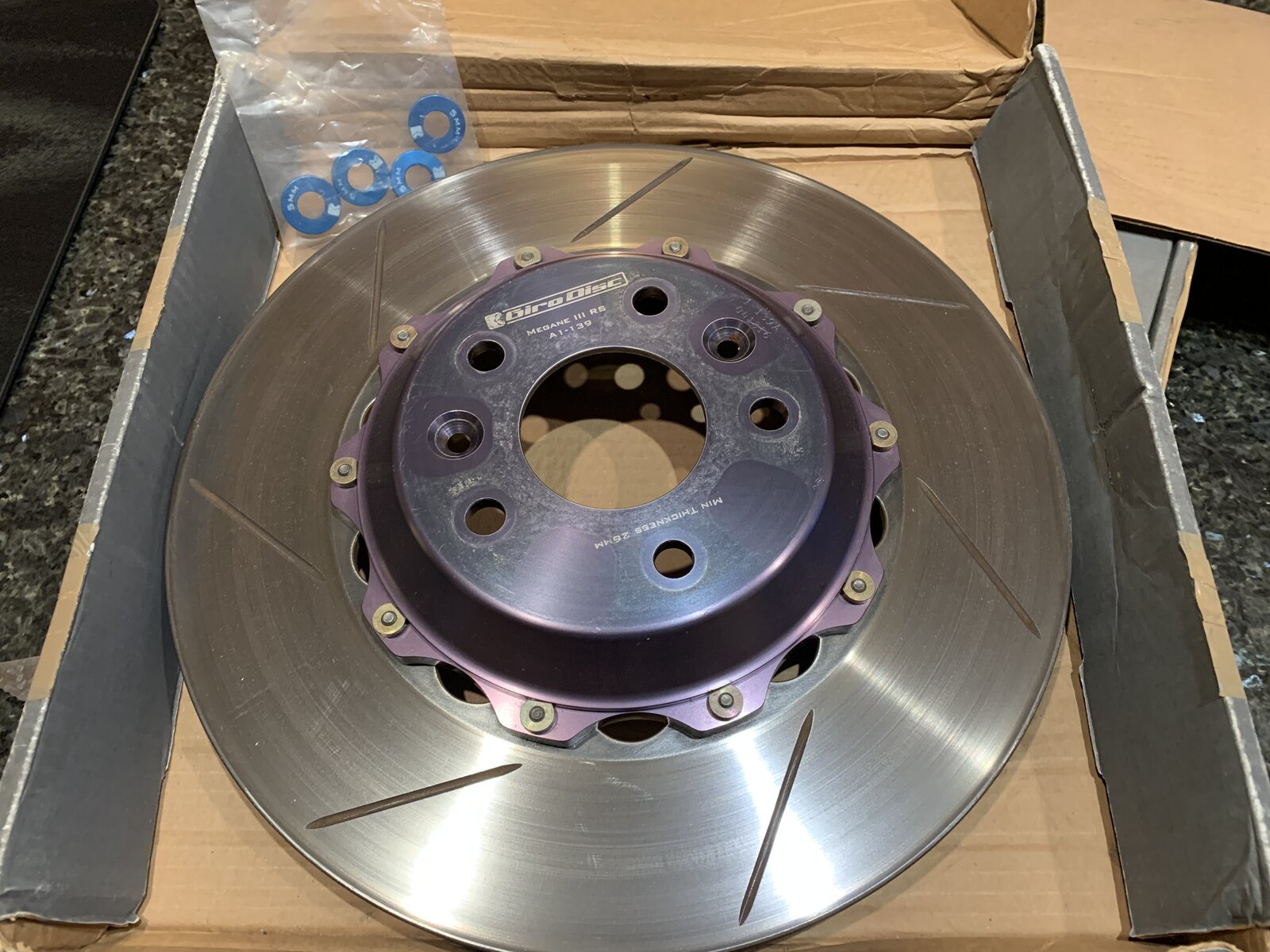 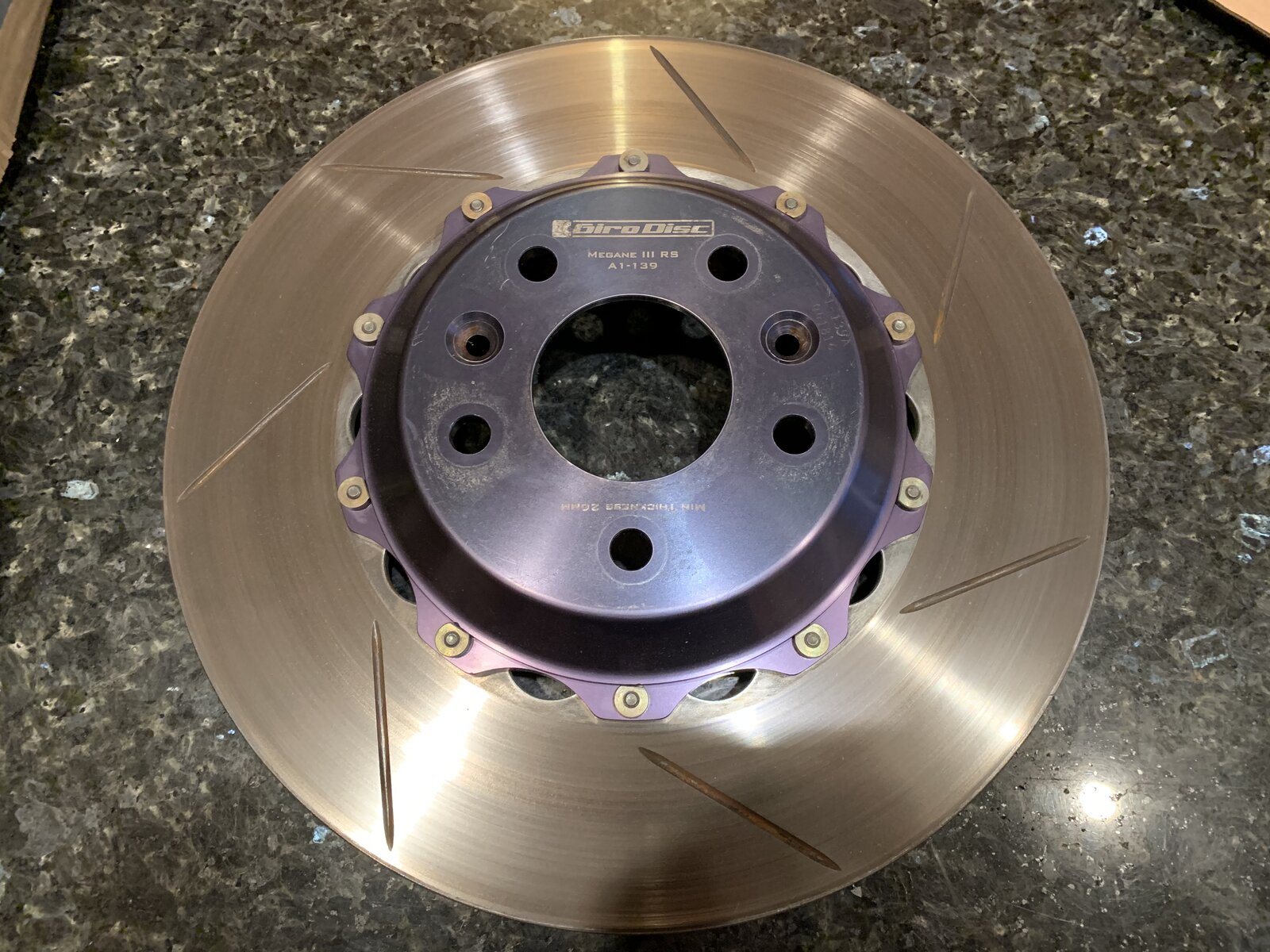 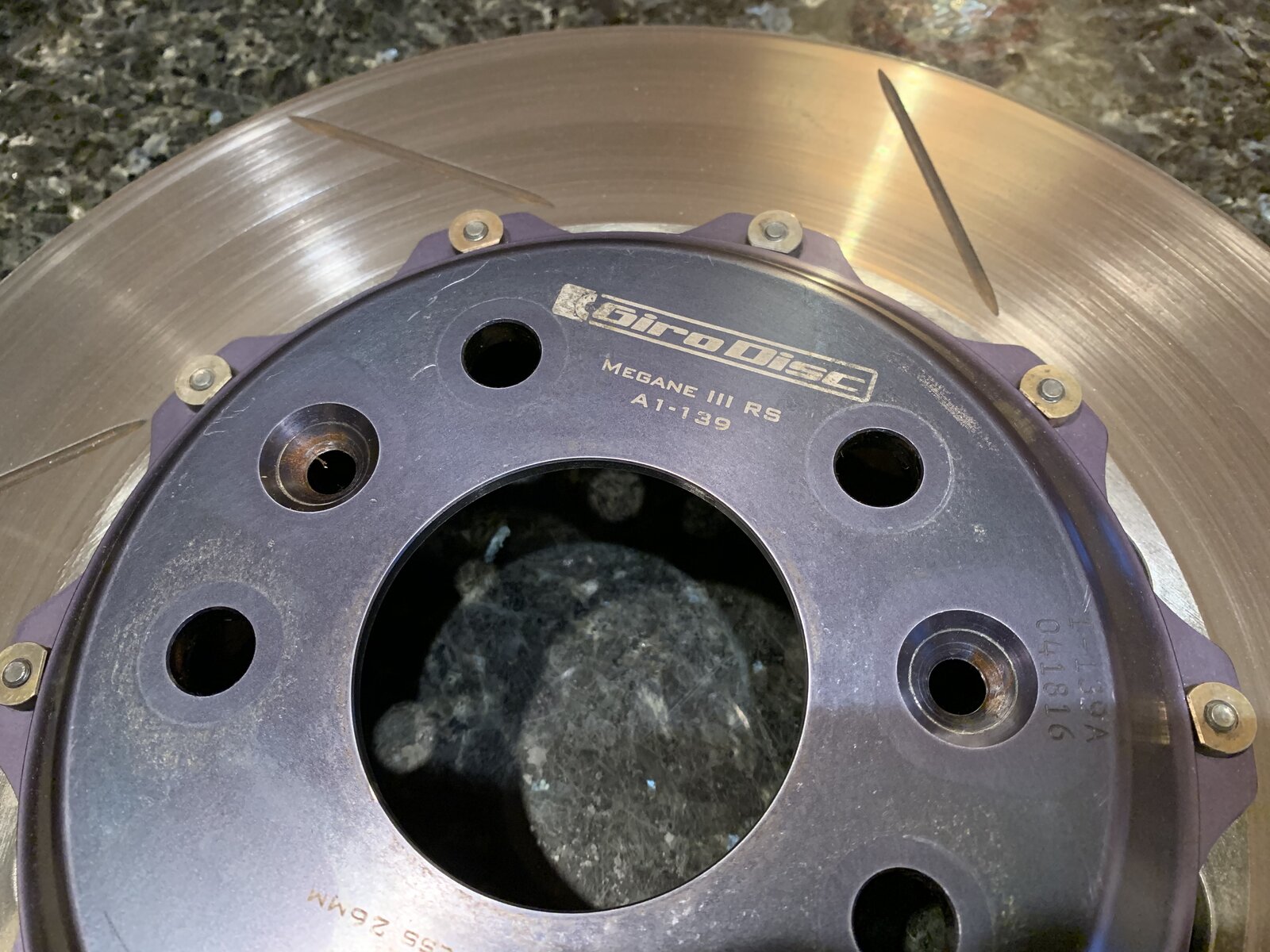