I picked up a 182 in Black Gold at the weekend. It has both Cup packs, 99k on the clock, and looked really clean. I had waited a while for a Black FF to come up, and this one came with plenty of history, so I was happy with the deal. 182s had been on my radar for a while, but after I saw them flying around Snetterton last October my mind was made up.

Its my first hot hatch, and my first non-turbo car in about 15 years, so it took a minute to get used to. A 2 hour drive home gave me some time to get to know the car a little, and man did I enjoy it! The car has Eibach springs, an induction kit, Scorpion cat back with a miltek de-cat. I found it quite boomy, almost jarring, while cruising on the motorway so I’m going to look at sourcing a cat or sports cat maybe. The sound system is poor and the aftermarket head unit near enough pulled out in my hands, so that’s something I’d like to get sorted for day to day enjoyment.

Unluckily for me, when I got the car home I noticed a drip from the driveshaft so the car’s been parked since the weekend and will be taken down to Two Techs in Dartford on Monday to investigate. Bummed out out that haven’t been able to in joy it this week, but it will make it all the more fun when I get the car back. I’ll hopefully start a project thread and go through the the changes I want to make, and ask a million questions!

Here is rubbish photo I took at the petrol station after I bought it. 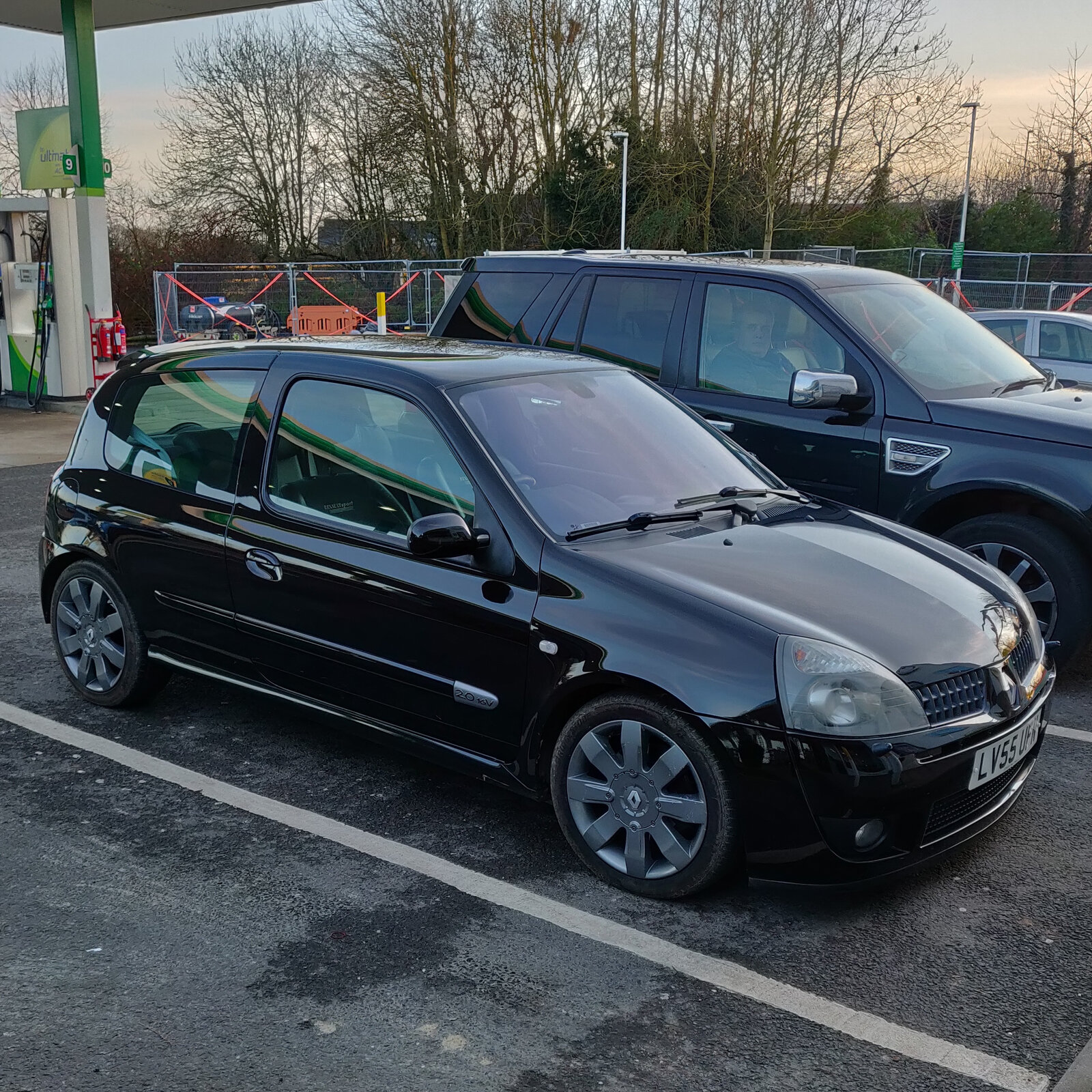 ClioSport Club Member
Clio 172
Did it turn out to be the gearbox driveshaft seal in the end? Looks nice.

Mbeau said:
Did it turn out to be the gearbox driveshaft seal in the end? Looks nice.
Click to expand...

Not sure yet. My mate has ordered a new seal for me, but I’ve arranged for a transporter to take it Two Techs garage so they can investigate.

Mbeau said:
Did it turn out to be the gearbox driveshaft seal in the end? Looks nice.
Click to expand...

I've just had the call from Matt at Two Techs, and he confirmed it was the seal. The one on the car currently had been incorrectly installed, and pushed in too far! New one is in and no leaks, so I'm well chuffed.
S

ClioSport Trader
need BRAKES? PM me
welcome along mate, and glad sorted the leak
You must log in or register to reply here.

Been lurking for a while, now a Clio 182 owner!