130i
I’ve decided to keep the Mazda for another summer at least, so thought I’d do a quick thread of it.

It’s a 2006 NC model with the 2 litre engine, which we bought as completely standard early last year. I did have a Z3 3.0 at the time, which was really quite quick, but missed the fun/handling of our old Mk1 MX5. Initial impressions were that it felt unmistakably like a MX5, just with a much modernised interior. The drive just wasn’t anywhere as involving as our old mk1 though. The traction control was too intrusive, and it was too quiet.

After a wk of owing the car I took it to WIM for lowering springs and alignment. It still sits too high, but the drive was much better, feeling much more hankered to the road.

Next up was wheel refurbishment in light anthracite, then replacement of the orange side repeaters. I do want to remove the ‘fried egg’ look from the front lights, but it’s an oven job I believe, and well, I just can’t be bothered. Next up was the rear lights. The mk3 comes with horrible, Lexus-style, clear rear lights. I did contemplate fitting mk3.5 lights which are a huge improvement, but I believe it’s not such a cheap/straight forward swap. So I opted for the cheap/easy option and ordered some red laminate. I’m pretty happy with the finish really, I cut out a little section for the indicator, so it passes MOT requirements, and they’ve stood up really well for the 15 months or so the laminate has been on.

The next mod was the exhaust. I was having some work done at a local exhaust fabricators on my other car (130i), and the chap said he’d do a custom exhaust for quite a bit cheaper than any of the off the shelf aftermarket exhausts. So I went for it, and am really happy with it. It’s a great noise, not too loud but gives that extra volume (and the odd pop) I feel you need in a two-seater sports car.

The last thing that was really annoying me was how far the wheels are hidden in the arches. I’d toyed with the idea of spacers for a while, but was aware I’d need to change to studs to get anything of noticeable thickness on there. I kept an eye on eBay/forums for decently priced wheels for sale, but not a great deal came up. I do really like the standard wheel design, and they were re in perfect nick after the refurb, so eventually opted for the spacers. It really has improved the way the car looks.

And that’s it for now really. We have just had the car undersealed to keep any potential rust at bay. I may go for the something like the Roddisons 185 upgrade, but tbh honest I’m quite happy with the package as it is. At our last MOT at Doctor MX5 the chap was adamant it had been remapped/tinkered with as it was noticeably perkier than any other standard mk3 he’d driven, and our 130i does struggle to shake it. I do get itchy fit though so may I move it on next yr. Anyhow, some pics. 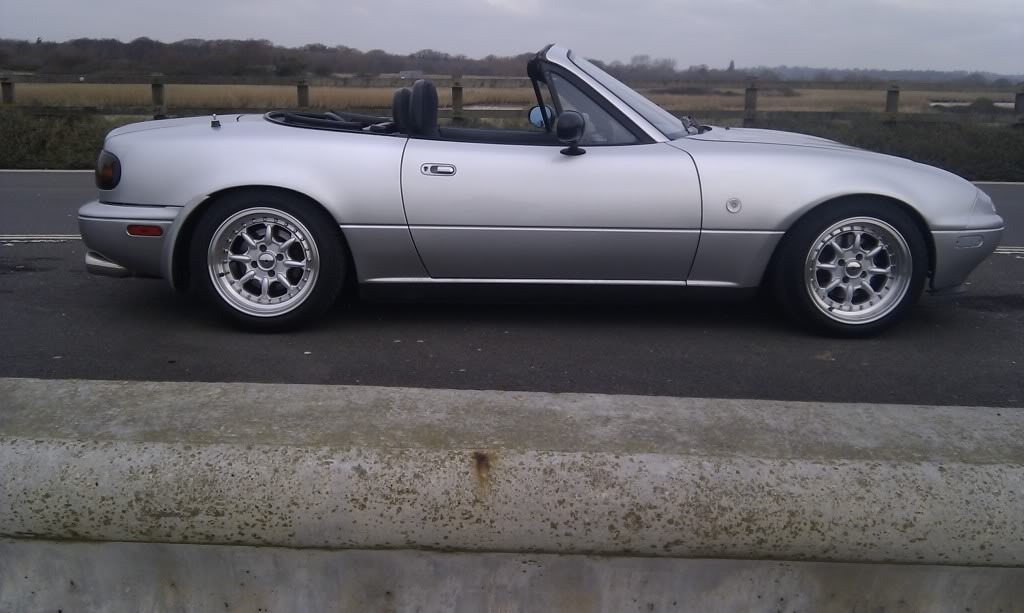 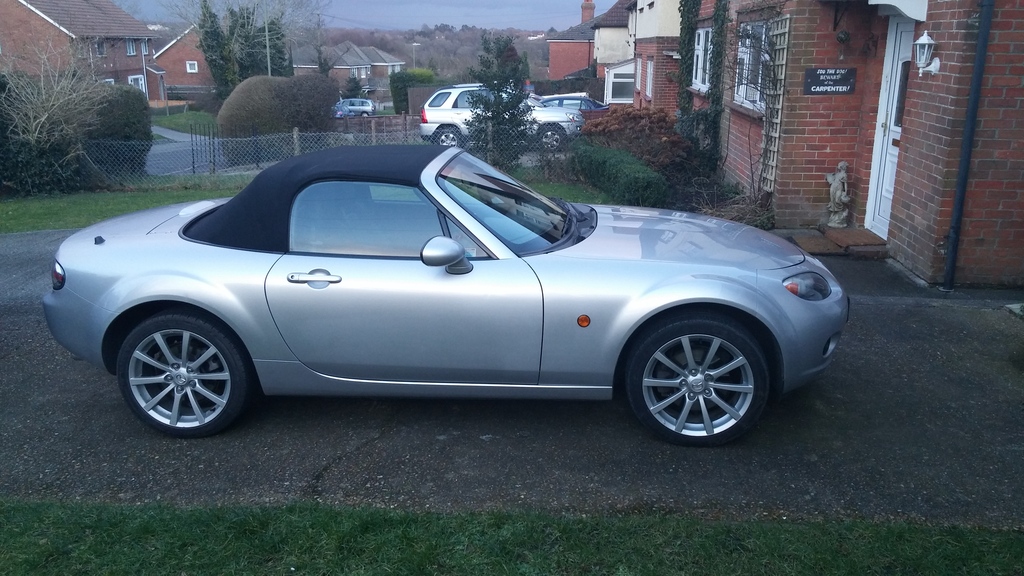 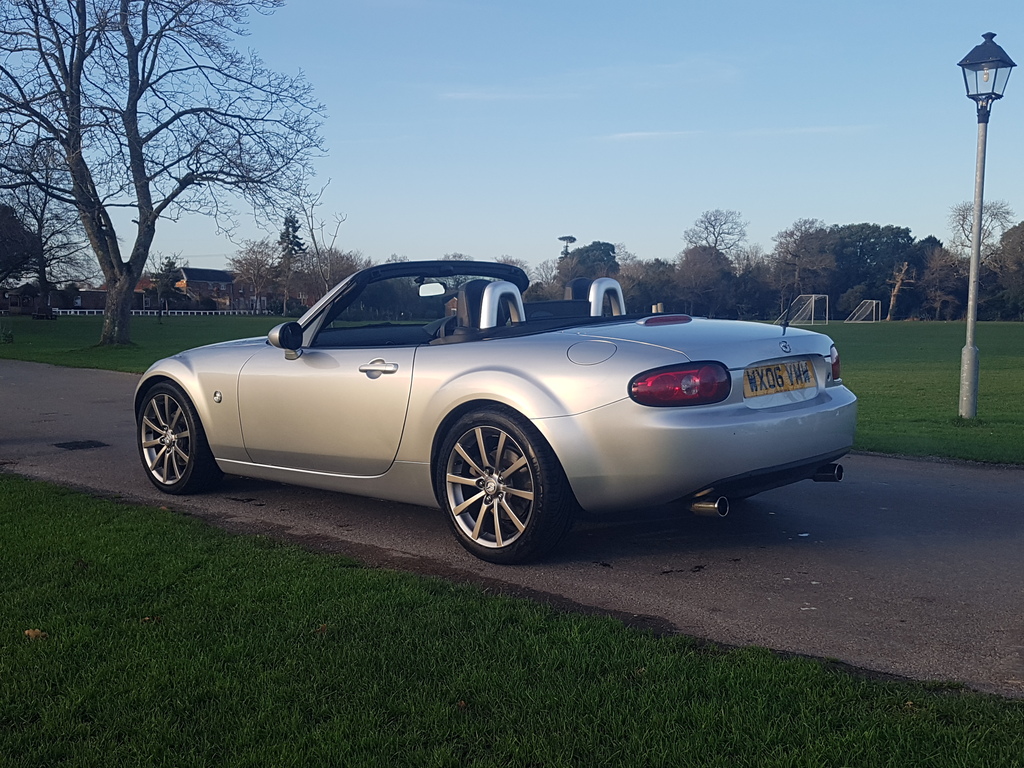 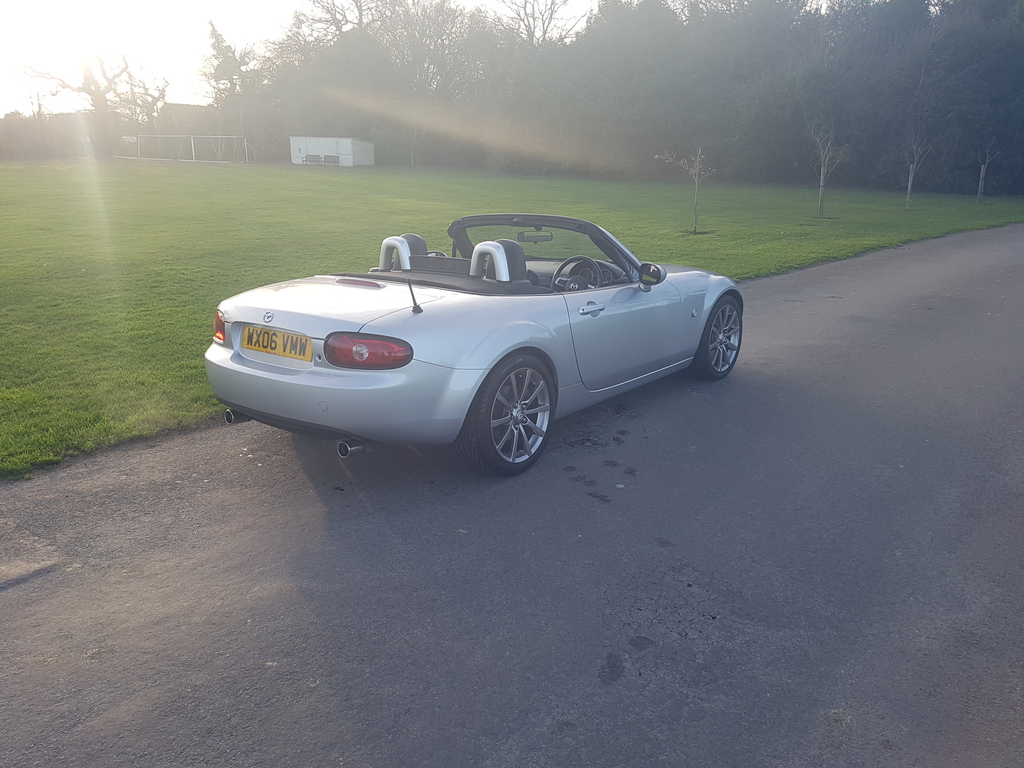 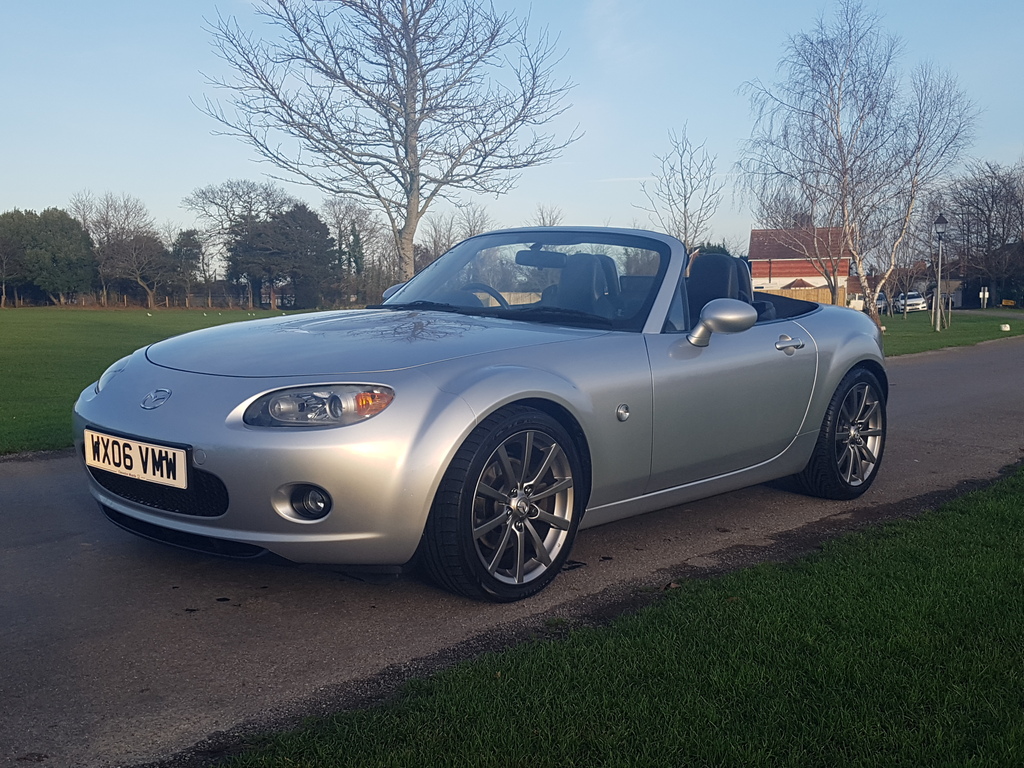 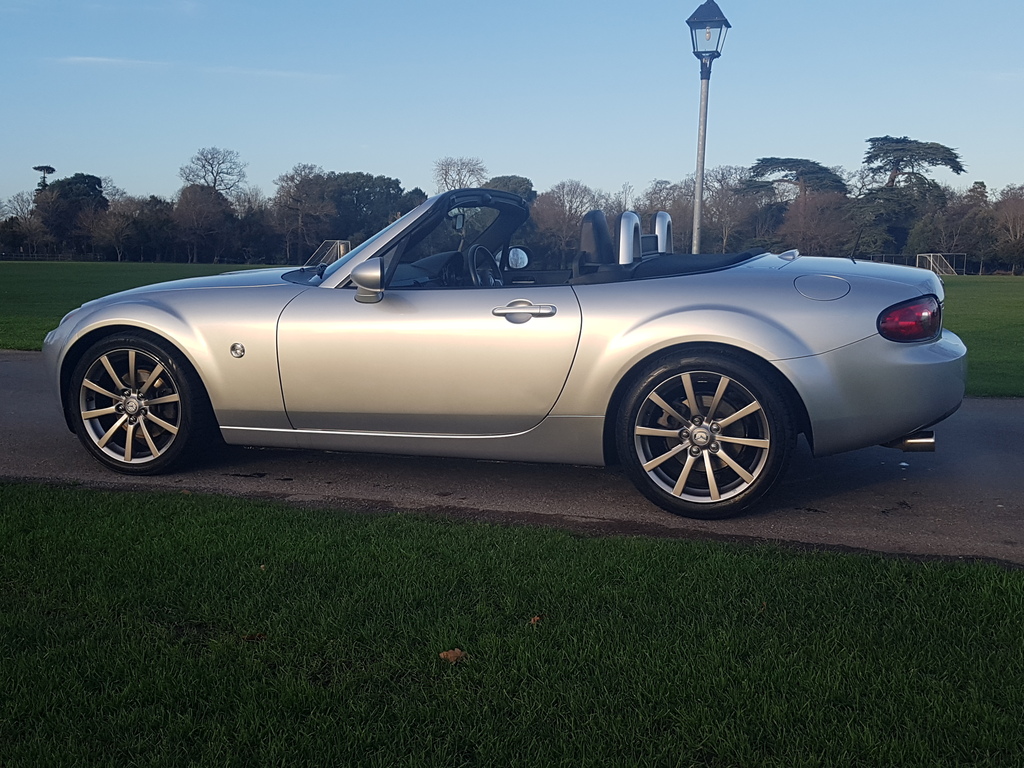 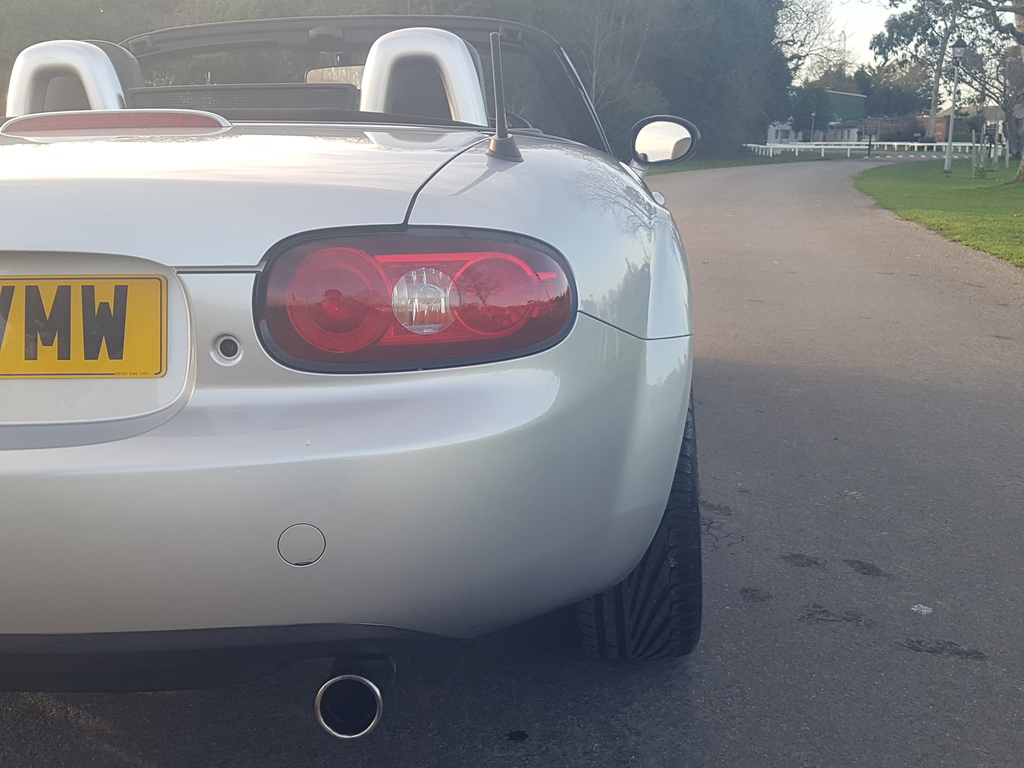 130i
Recently decided to keep the Mazda and throw a bit of money at it. So bought the following:

I then took it to Skuzzle Motorsport for the above to be fitted, alongside their fast road package which consists of:

Made 157.6 bhp at the wheels, so roughly 190bhp at the fly. It’s now pretty ace to drive, fast enough, with occasional pops and bangs from the exhaust. 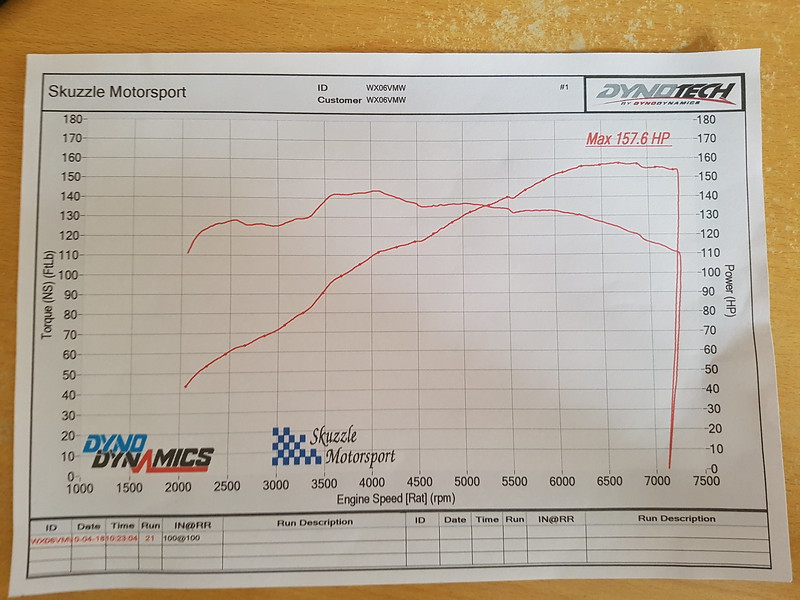 Next step is new wheels, with Konig Hypergrams currently leading the way 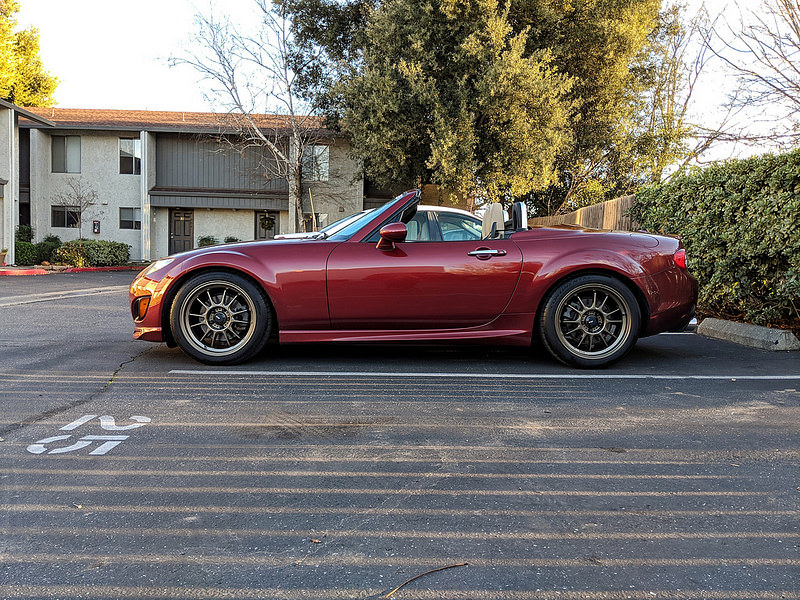 130i
Or spend a bit more and go ultra reliable RPF1s. Painful, this wheel choice malarkey. 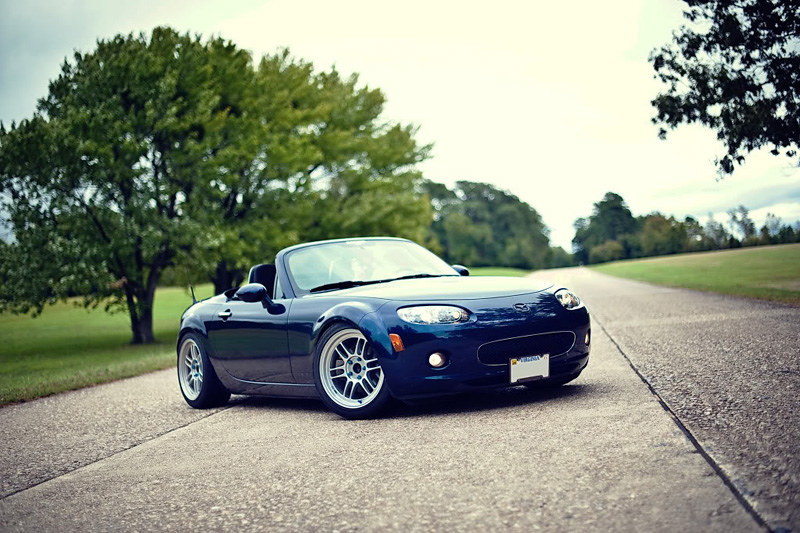 imprezaworks said:
Ones on the red car imo
Click to expand...

130i
Just the offset that's a bit low with the Hypergrams. Would want spacers which would negate weight/cost saving.
J

Recaro'd MX5
This is great, you've done all the right things. Crazy how capable they become with suspension upgrades. I do really miss mine tbh!

Nearly bought a Mk3 several times in the past. I like the idea of a 'modern' MX-5 that's fine to use daily, but then I get back in my Mk1 and I'm reminded how much more fun they are.

I'll still end up with a Mk3 one day... Love what you've done with yours by the way, it looks great.

JoeyD said:
This is great, you've done all the right things. Crazy how capable they become with suspension upgrades. I do really miss mine tbh!
Click to expand...

Nearly bought a Mk3 several times in the past. I like the idea of a 'modern' MX-5 that's fine to use daily, but then I get back in my Mk1 and I'm reminded how much more fun they are.

I'll still end up with a Mk3 one day... Love what you've done with yours by the way, it looks great.
Click to expand...

That's what we always felt with the Mk3, that it wan't as much fun as our Mk1. I'd say now though it probably is.
You must log in or register to reply here.

What happens to an EV after 0% battery? Video!