ClioSport Club Member
220 Trophy
Apologies if this has been covered before but I couldn’t see anything for the 200/220, nor on the interweb.

I’m fine with the jacking points, but I need to leave the car on stands for a few days while I take the wheels off.

Where are the best places please to put the stands underneath?

ClioSport Club Member
RB 182/Mk1 F7P+F4R
if they're structured like the older cars just use chassis rails or subframe at front and rear beam at rear for either the jack or the stands, which ever way you prefer

I didn’t think we were meant to use the rear beam…?

Clio 182 trophy
buy hockey pucks and fire them on top of the axle stands to spread the weight better.
Last edited: Dec 18, 2018

ClioSport Club Member
LY 220 Trophy+IB PH1
When I had mine in at Renault for 1st service they used similar position to the below, with stands you could use some wood to spread the load. 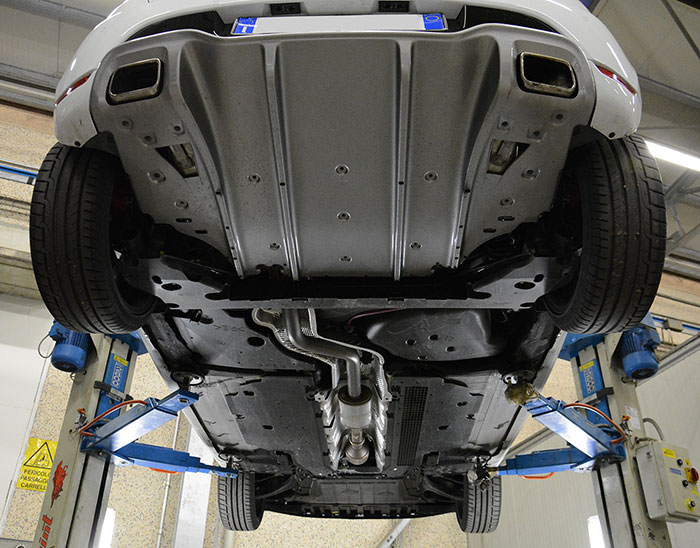 ClioSport Club Member
220 Trophy
I finally jacked the car up yesterday, the light was fading though and I didn’t have the time to remove any of the many under-trays to see what actually was underneath.

When I went to jack the right side of the car if I tried to use the rear jacking point again it didn’t raise the front of the car enough because it started to pivot on the left front stand, so after fitting a stand under the right rear-beam (in the same place as the left) the only way to jack the right front up and to be able to position a stand under the designated jacking point was to position the jack elsewhere……

So I ended up spreading the load on the jack with a bit of wood lengthways between the two right jacking points (if you look at the photo above and drew a line between the jacking points) – it seemed to work perfectly but just wanted to check if this is safe to do again in the future, it is a structural part??

There aren’t many parts of the chassis that aren’t covered with trays or covered in underseal therefore it was impossible to see what is structural or not.