Hi guys - new to the forum. I've been scanning over many posts the past fews weeks as I've been interested in a few Clio's locally to buy.

Last Saturday took the plunge and paid £780 for a 2002 1.5 DCI Clio, 'Extreme'. Just turned 100k miles and had all belts, pulleys and water pump changed at 96k miles. Looked a great deal - pretty good condition for its age too. I'm a student so just wanted a cheap runaround.

Noticed on the way home that the dreaded coil/engine management light came on at high revs/speeds - and saw from this forum that it's likely a EGR valve/injector problem. Decided to have it fully diagnosed by my local Renault specialist that produced a range of faults, most minor and inexpensive (to be expected with age) but a few bad boys:

Rail pressure fault, and he saw that three injectors were leaking. Said I'd probably need all four replaced. Fuel pump was 'rattling'. A new tyre, suspension coil and a few other bits and bobs.

Bought it off eBay, paid £480 via PayPal, £300 cash. Contacted the buyer who said none of this was known prior to sale and tough I can't return, so I think I'm pretty stuck as to getting my money back. Only had it 9 days too!

Need some advice as whether to break it, sell it with the faults listed or spend some money getting it running. (I understand it's expensive to FIX, but what about to get it RUNNING well?)

It drives beautifully with no noticeable loss of power - although has been cranking while starting the engine.
A

ClioSport Club Member
Many.
With the dreaded fuel pump & injector failure, you're talking a fair whack to fix it properly, else you may end up going round in circles with the same issue over and over.

Fuel pump is circa £400, injectors the same again, and you'd need to be 100% postitive the fuel tank and lines etc hasn't been contaminated with metal from the fuel pump failing. You'd also need to change things like the fuel filter. Plus injector programming.

Where abouts are you? 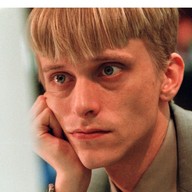 Many thanks for the replies guys - much appreciated!

So gutted - spent all of this morning cleaning the inside and it's now immaculate, really great condition for its age.

I've found a breaker selling a fuel pump and four injectors, certified as working for £400 on eBay - so it's a consideration. It starts and runs so may just take it to a local auction and hope I get most of my money back!

Budgie - what would you recommend in terms of breaking it? DIY or a breaker? I've been quoted £250 for the car as is thus far.