ClioSport Club Member
Clio 172 Golf 7 GTI
Allright, so this is a post I wasn't hoping to have to do, but my car doesn't want to start anymore, and I'm a bit clueless. It's a Clio 172 ph1.

Let's start at the beginning. I don't know how related all these problems/symptoms are, but I just want to mention them.

Last October, I had a trackday, and when starting the car and driving to the line up, the car was running very rough, and didn't want to rev. I drove back to our place in the paddock, and made this little video before turning the car off.

When I started the car again back home, the car ran fine?
But shortly after, the gearbox noise and rough running returned.

So, what do you do? I pulled the engine, and replaced the gearbox with a Gripper'd version. Always wanted one, and now I had a good excuse. I also improved my timing a bit, as it wasn't perfect. And I replaced my Daihatsu Cuore alternator, as I could barely spin it round. Hoping that was the problem for the rough engine running.

I mounted everything back, and the car started at first attempt, had it running for about half an hour to let the air out of the coolant, and started it twice. No issues, so, at this point, I'm thinking, great, when is the next trackday.

That same evening, I went to the garage for something else, and I heard a strange noise. Turned out it was the idler valve, and the actuator relay.

This is with the car turned off, just the key in the ignition. I pulled the actuator relay, as the idler valve was a bit warm from doing this for quite some time apparantly.
The next day, I pushed in the relay, tried to start the car, but it didn't start.

The engine cranks over just fine, it just doesn't want to fire. The immobilizer has been deleted by EFI. I also couldn't hear the fuel pump.
I first pulled the fuel pump, and hooked it up straight to the battery, and it started running, so the fuel pump is fine.

So, I then started looking into the actuator relay and fuel pump relay. First I replaced both of them, with spare relays I had in my garage from stripping the interior.

I have this wiring diagram: 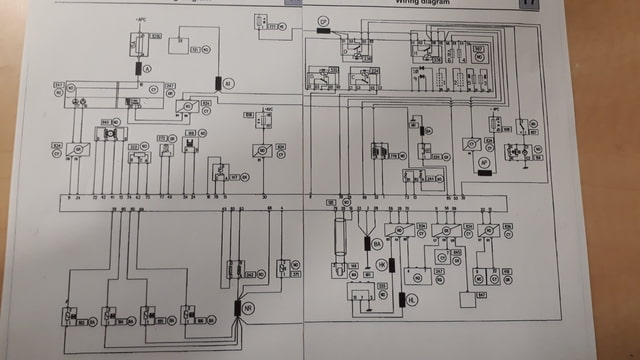 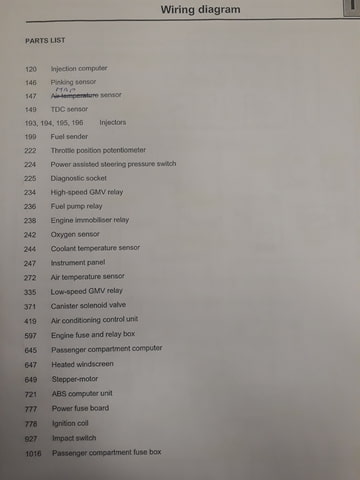 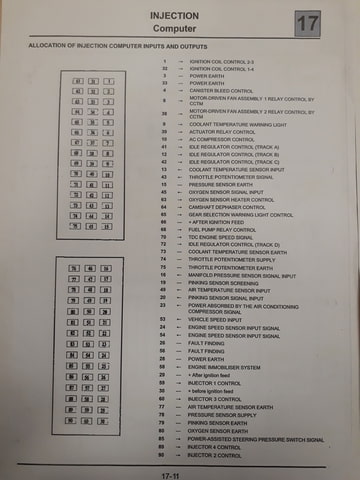 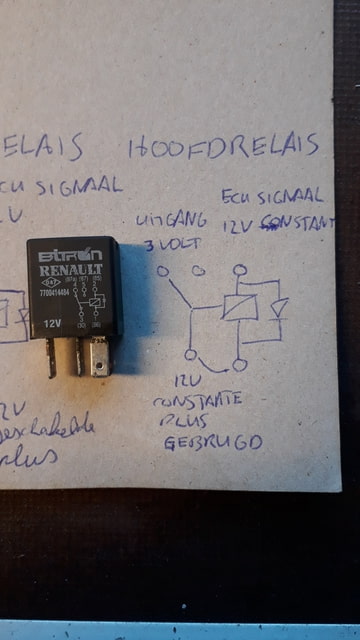 Pin 1 and 3 are bridged, so are constant 12v. Pin 2 goes to pin39 at the ecu, and I measure 12v there as well, doesn't matter if the car is on ignition or not. At pin 5, I measure 3v. And I believe this is the problem, I just can't figure out why there is only 3 volts here. I also don't understand how a relay is still a relay if the normal switched live is bridged with the constant live. If I bridge from pin 3 to pin 5, I measure 12v at pin 66 at the ecu. I also have 12v at pin 1 of an injector. 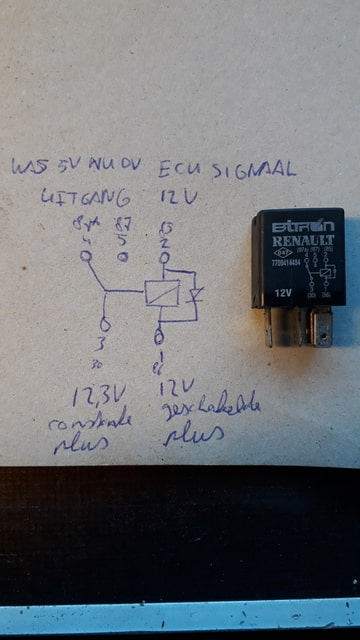 I do not have access to diagnosing equipment, I plan to get my trailer from storage, and get the car over to the local Renault dealer to have it diagnosed, hoping that this will help me further.

In the meanwhile, do you guys have any ideas, any pointers, which I can check?

ClioSport Club Member
Clio 172 Golf 7 GTI
I returned to the basics, just to rule them out. 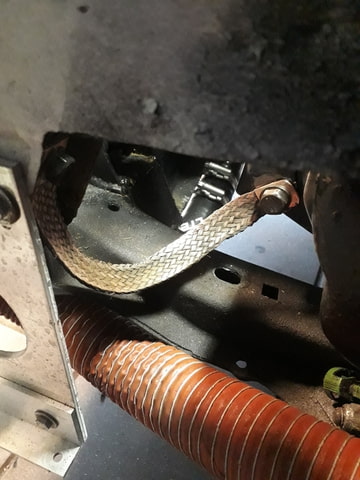 I cleaned the big earth strap and connectors from the gearbox to the body, I cleaned the connection from the loom to the gearbox, and the earth from the cooling fan I suppose?, that's also going to the body. I measured 12v across the battery, and it drops to 9v when trying to start the car. I even tried to jump start the car connected to my GTI.
Now that that's all ruled out, I ordered some Scotch Lock's, so that I can check wiring that might see 12v trough, but still are corroded or something.
I can pick up my trailer from storage next Wensday. After that, I will have it diagnosed. If that doesn's solve anything, I'll probably have my ECU checked.

ClioSport Club Member
Clio 172 Golf 7 GTI
I got the car running again. I bypassed the actuator relay, even though I saw 12v through the wires, this was the issue. 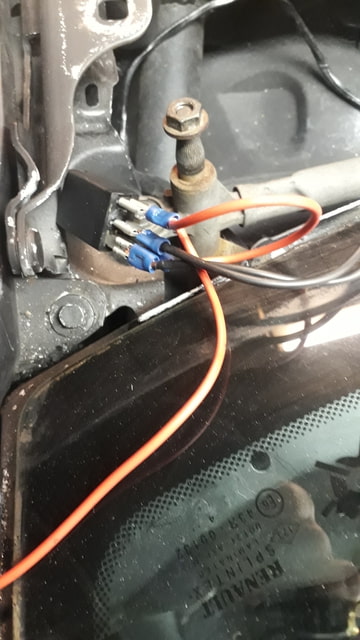 ClioSport Club Member
Clio 172 Golf 7 GTI
The Saga continues. Now sometimes it runs, sometimes it doesn't. Some really vague s**t going on. I'll try to get it all on paper here.

Two days ago, it wouldn't start anymore. Tonight, I connected the battery again, and I could hear the relays click, so I did a start attempt, and it fired straight up. Later, it wouldn't start anymore. I had it on contact for a while, and after 5 or 10 minutes, I heard a click, and it started again. A bit later it didn't. I put it on contact again, and the fuel pump started pumping, and didn't stop anymore, untill I turned the key back again. Also, at some point, the actuator relay was clicking like a machine gun for a few seconds.

Tomorrow I'll receive my new blue crank sensor with the loom. I'm not sure anymore if this will solve it. My thoughts go out to the ECU itself at this point. Anyone of you guys got any ideas?

hopgop1 said:
Checked the classic big white plug in the engine bay? Sounds like you've tried pretty much everything.
Click to expand...

You mean in the fuse box compartment?

ClioSport Club Member
Clio 172 Golf 7 GTI
This morning the car started again. After 1 or 2 minutes it started to run rough, shortly after that it died.
It didn't want to start anymore.
I bypassed all the actuator relay wires to rule that out, it didn't make any difference.
Later today I can collect the crank sensor. If that doesn't make any difference, I will send out the ECU to have it checked over.

ClioSport Club Member
Clio 172 Golf 7 GTI
I installed the updated blue crank sensor with loom, and still the same. ACtronics doesn't know the part number of the ECU, so they refused to check the ECU.
I'm leaning more and more to bin it all and going standalone.

ClioSport Club Member
Clio 172 Golf 7 GTI
So tonight it started again, and died after 1 minute. And it didn't want to start again.
But this time I was able to measure current going out of the actuator relay. I saw that after the engine died, there was still going 13v out of the actuator relay for a short while, than the relay clicked, and I saw 3v. So this tells me it's definately not the starter relay that's cutting out the engine.
Let's see if I can do the same at the fuel relay tomorrow.

ClioSport Club Member
Clio 172 Golf 7 GTI
I also notice that when the car wants to start, the shift light on the dash lights up, and when it doesn't want to start, it doesn't. Anybody got a clue what this means?

So, the crank sensor has been replaced by the updated blue one. 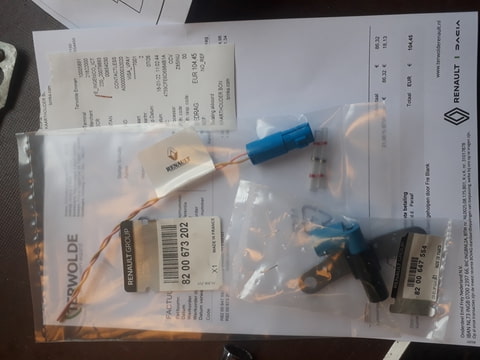 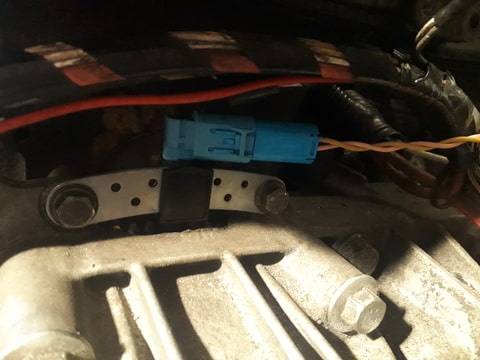 Part numbers from the ECU. I seem to have a very early version, as all the others I can find online are a Sirius 32N instead of a Sirius 32. 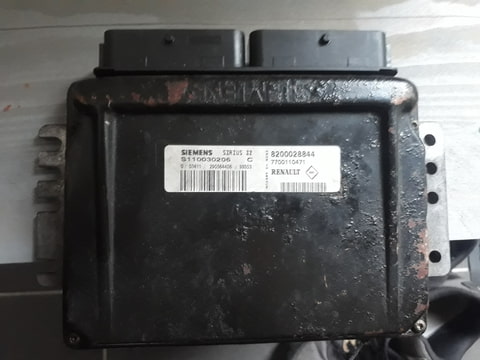 I've also made a main cut-off switch because I was tyres of unplugging the battery every time. 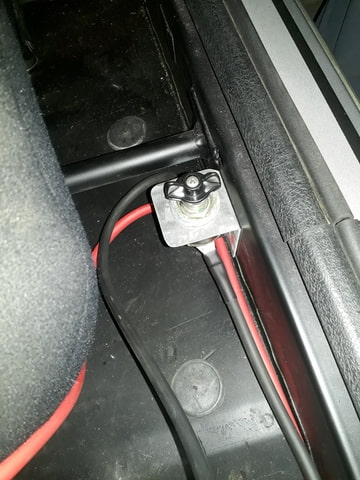 And I've ripped out the entire engine loom, because I can borrow another phase 1 loom, to rule out any loom issues. 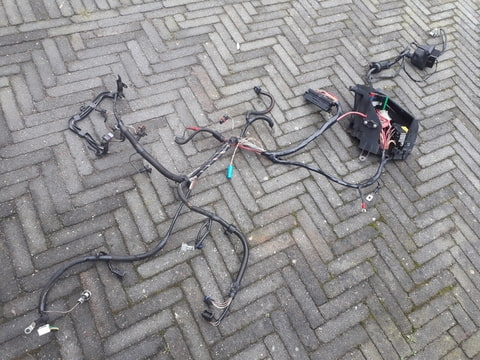 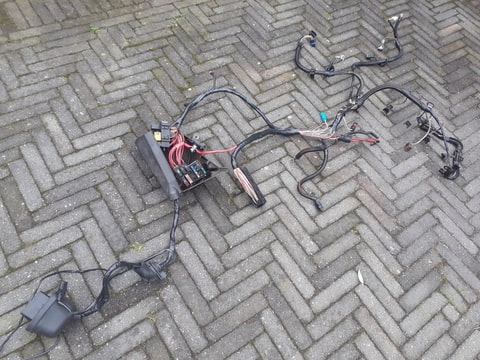 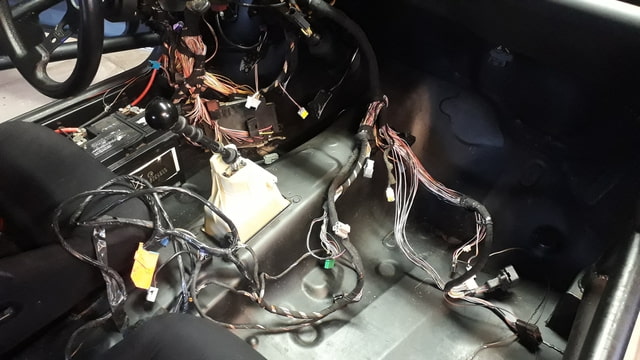 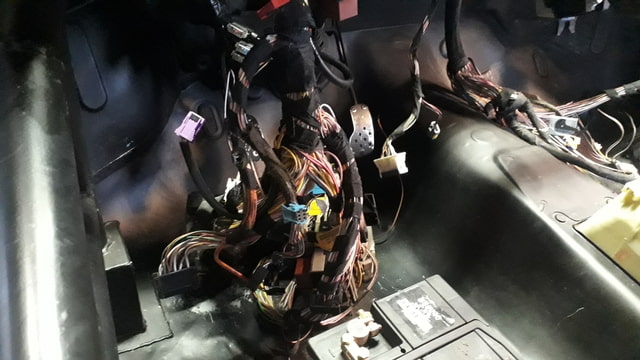 This is starting to look like a real project thread. 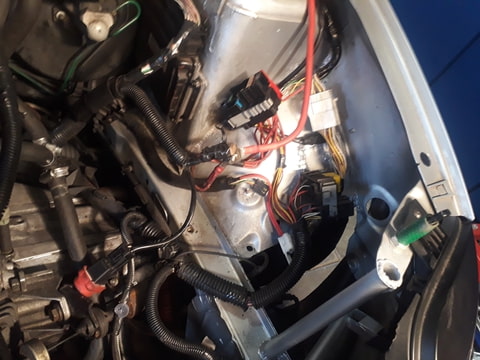 I picked up another loom yesterday evening. Installed it this morning. Looks like a mess, but it all works. Car started, and ran for 12 minutes. I was able to restart it twice in that time frame before it stalled, and I wasn't able to start it anymore.
So changing the loom didn't resolve the problem. Looking for a immo free ph1 ECU at this point.


I changed the ECU, and this sorted the problem. I've had the car running for a longer period about 3 times now, and it will restart, and run just fine. Still need to get a final solution as I now have a borrowed ECU on mine, but shouldn't be to much of a problem.

ClioSport Club Member
Clio 172 Golf 7 GTI
Found a replacement ECU with the immobilizer deleted, and a tuning from Fastchip on it. Hopefully, this will be the last post in this thread, and I'm able to enjoy my oncoming trackday this Saturday. 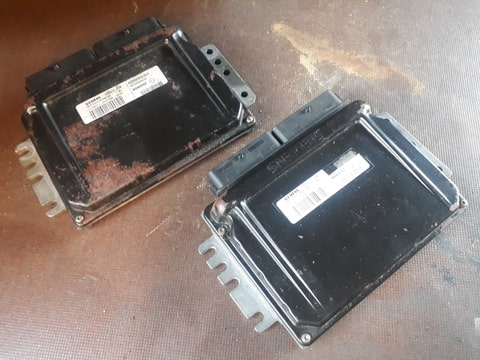