Trophy 220
Hi All, I have just put a deposit down for a Clio 4 trophy which I should be picking up on Friday. It’s a bit of an impulse buy as I was in the market for an RS3

. That being said I’m currently doing some research on the car but can’t seem to find a lot online….Not for the 220 trophy anyways.
I had a trophy 182 back in 2011-2013 and since then I have always had a soft spot for the clio sports. All my cars since have been VAG so I’m not really up to speed on Renault these days. I was hoping you could offer a few recommendations for me

Question 2: what air intakes do people recommend? I had an ITG maxogen on my old trophy which was decent. I like my engine bay neat so prefer the kits that are housed rather than an open cone.

Question 3: a remap will be on the cards in the near future but I’ll do some research on that as I’m sure it’s been covered plenty of times before. However, are there any other subtle mods that people usually do, things that the car should of come with straight out of the factory etc.

Apologies in advance if these questions are on here already but google was sending me round in circles. 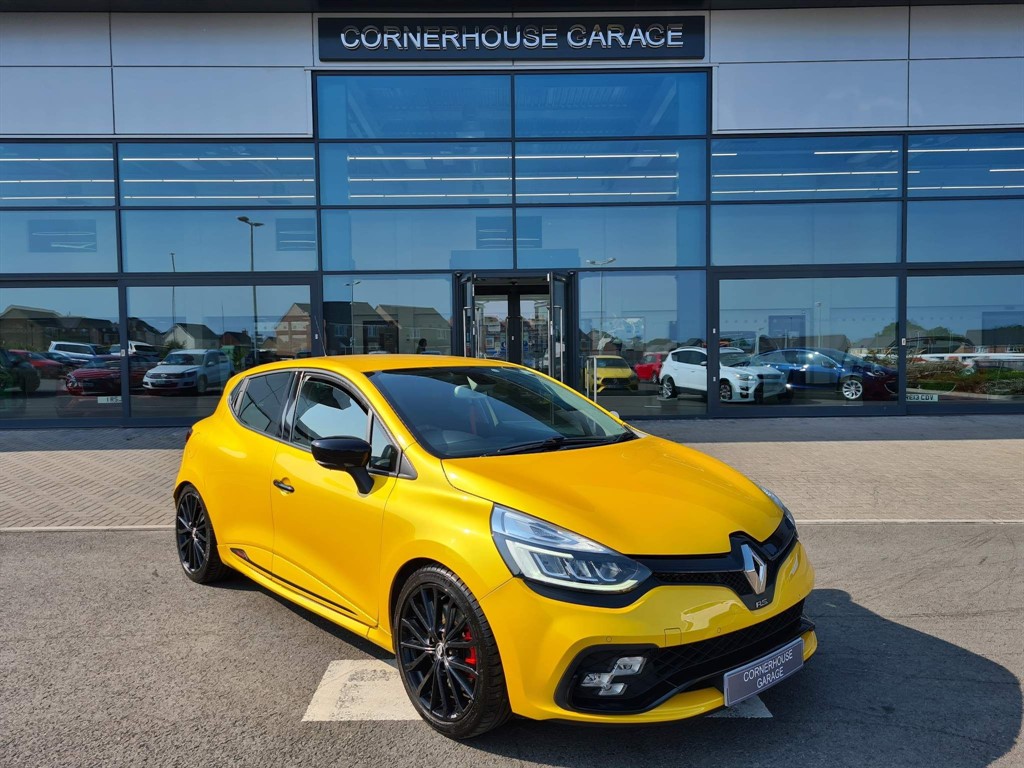 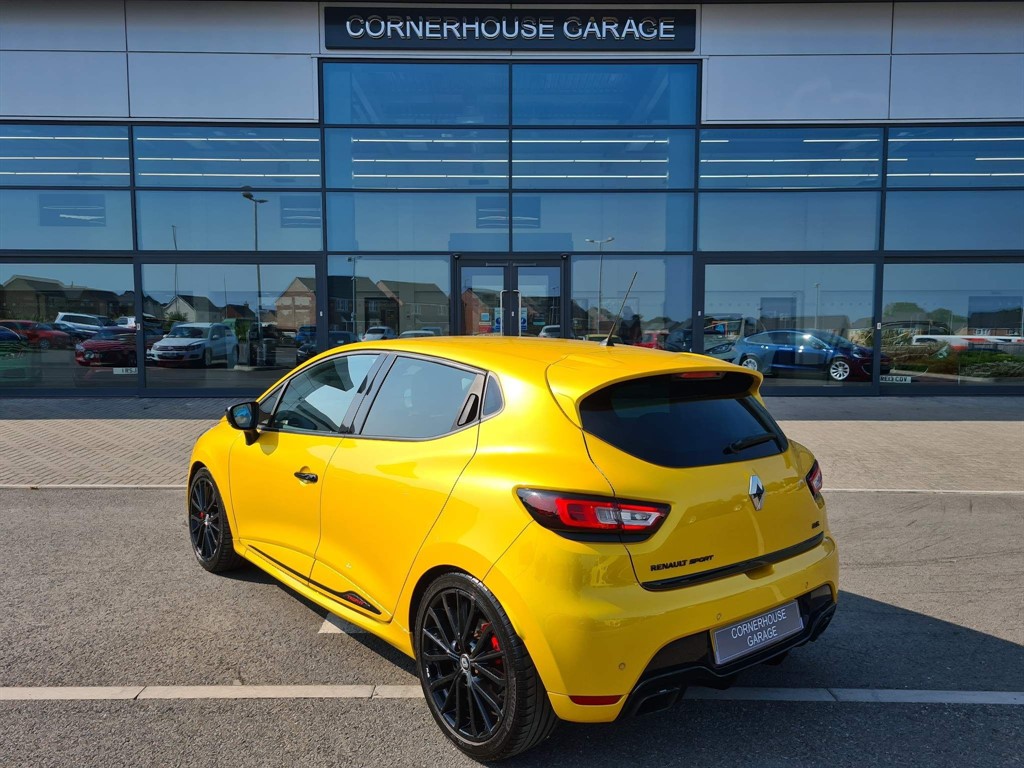 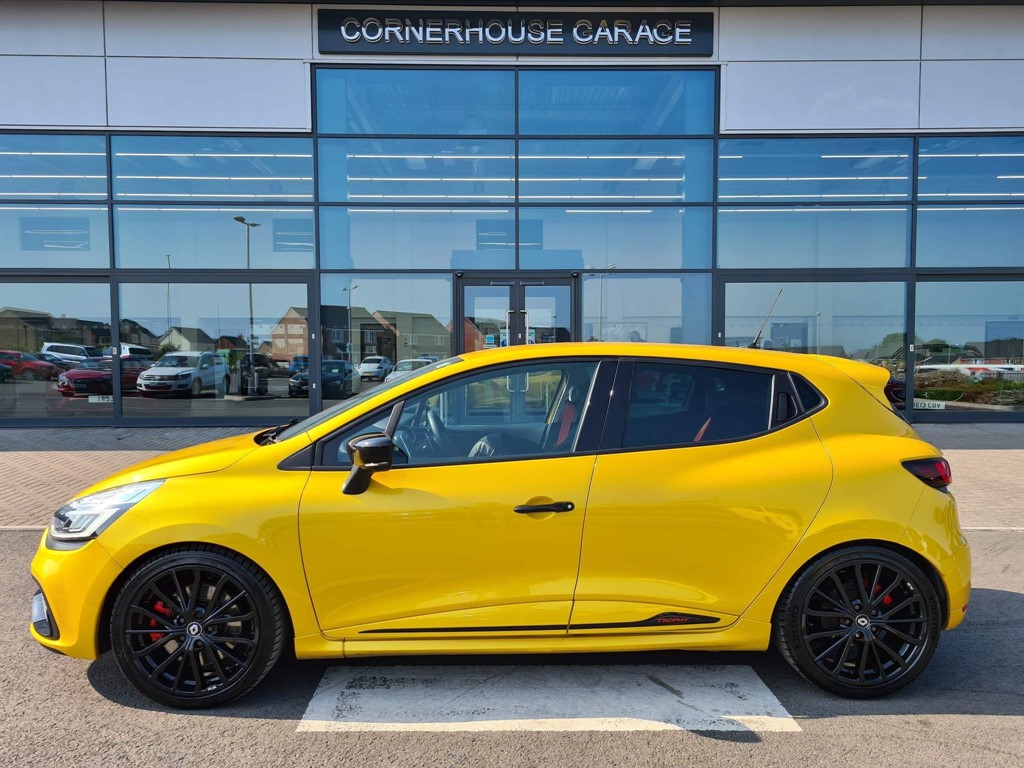 1. The akra doesn't have any mid boxes, so unless you remove the rear box and go straight through then there's not much point in changing it. For me personally, the akra is the perfect sounding exhaust for these. There's no way I'd change mine.
If you're set on altering the exhaust, then you'd be best off changing it for something else all together and flogging the akra, or save it so you can put it back to standard. You can keep the akra tips so no one will know it's not got the exhaust on.

2. Itg is the best option really


3. If you're not tracking it then a remap is fine on a standard car, but an upgraded intercooler is probably a good idea. Just make sure your clutch is all good before considering a map
M

Trophy 220
Thanks, fingers crossed she’s as good as she looks when I pick her up on Friday.

ok so that answers the question as to why I can’t find anything on the Akra. I assume it sounds decent in real life (only seen YouTube clips) but thought I’d look into potential mods if doable. Yeah I think remap will be down to line to smooth any flat spots on the revs if anything. Not too fussed about putting too much power through the front wheels otherwise I’ll have a direct debit set up with Michelin tyres

ClioSport Moderator
Clio 220 Trophy
Yeah it sounds good in my opinion. Not quiet, but not overly loud either. If you're into loud exhausts then you'll probably be a bit disappointed in it.
The pops on gear change in sport mode are fairly loud

ClioSport Club Member
Clio 172, i20N
I personally would also leave the exhaust alone. I thought the Akra sounded immense on mine.
M

Ol’ Tarby! said:
Yeah it sounds good in my opinion. Not quiet, but not overly loud either. If you're into loud exhausts then you'll probably be a bit disappointed in it.
The pops on gear change in sport mode are fairly loud
Click to expand...

No, loud exhausts are not my thing, I just like a bit of drama when I fancy a spirited drive. I had a golf R mk7 which was running around 400hp, I did a res delete on that as I wanted the pops and bangs on the gear changes. Before it was pretty tame. I’m sure the Akra exhaust will be great, they’re expensive for a reason I guess.

Seem to be holding their price well. Had mine 18 months and it's gone up in value if anything
M

Trophy 220
Unfortunately it doesn’t have leather (doesn’t bother me too much), it has Bose and not sure about RS monitor? How would I know? The garage have removed it from the website so I can’t check now. The yellow, and black trim rather than the silver was the selling point if I’m honest.
M

Trophy 220
Good to hear they’re not dropping in price too much. I have only ever seen a few on the road so I assume they’re pretty rare.

ClioSport Club Member
2014 Clio 200t edc
Very nice mate. I have had my 200t for about 2 months now. I echo what’s been said above by @Ol’ Tarby! the Akra doesn’t have a red delete, but depending where you are there is a place called d7r in Telford who work wonders on exhausts and I heard an akra they’d done (if you find them on Facebook the video is up there!) they really know their stuff and mine will be going there.
I changed my filter to an itg for a little more response and it does feel slightly better, and you get a childish hiss when you let off the throttle.
You will love it, it makes me smile as much as my r53 jcw did, the pops are addictive.
Wish mine was yellow but I have black. Love it though, just wish it would stay clean for longer! Ha. There really aren’t many about, so seeing them is a rare occasion. Which adds to the specialness I think.
Enjoy and please get a thread up when you get it!!
M

Trophy 220
Thanks guys, I’ll get a thread up when I have her. All this talk about the Akra is making me giddy. I really need to get my head around the car and the spec I have bought (sounds ridiculous

). I just saw it come up and thought, sod it I’ll reserve it before someone else beats me to it!
You must log in or register to reply here.