After reading through a few of the threads and commenting, I thought I should say hello and introduce my car.

I've previously owned a 182 and a Megane 175 dci. Renault are a client of mine and I have launched nearly all of their new models, including RS, since 2013.

I was looking for a 182 as the base for a track car having sold my M140 and the wife banning me from motorbikes now we have a baby. On my search I stumbled across a dry stored, immaculate low mileage Petrol Blue car, which had been parked since its last service nearly 5 years ago (when the cam belt and depahser had just been done too).

Although it would be sacrilege to modify this car so not what I was looking for, I had to buy it. I've just had it fully serviced with the cam belt & dephaser done again at a specialist, new tyres and fresh MOT (straight pas). It's just clicked over 80,000 miles after a trip to Wales (I live in Northampton but have a small holiday cottage in North Wales). Apart from a 208 GTI Peugeot Sport I owned for a year back in 2016, the Clio is by far the most fun car I've driven in years. I still intend to buy / build a track car also so I hope I'll see a few of you when the meets etc start to happen again.

I've been waiting to take some pics when the sun is shining and I've had opportunity, in the meantime, here it is when I collected it from service. 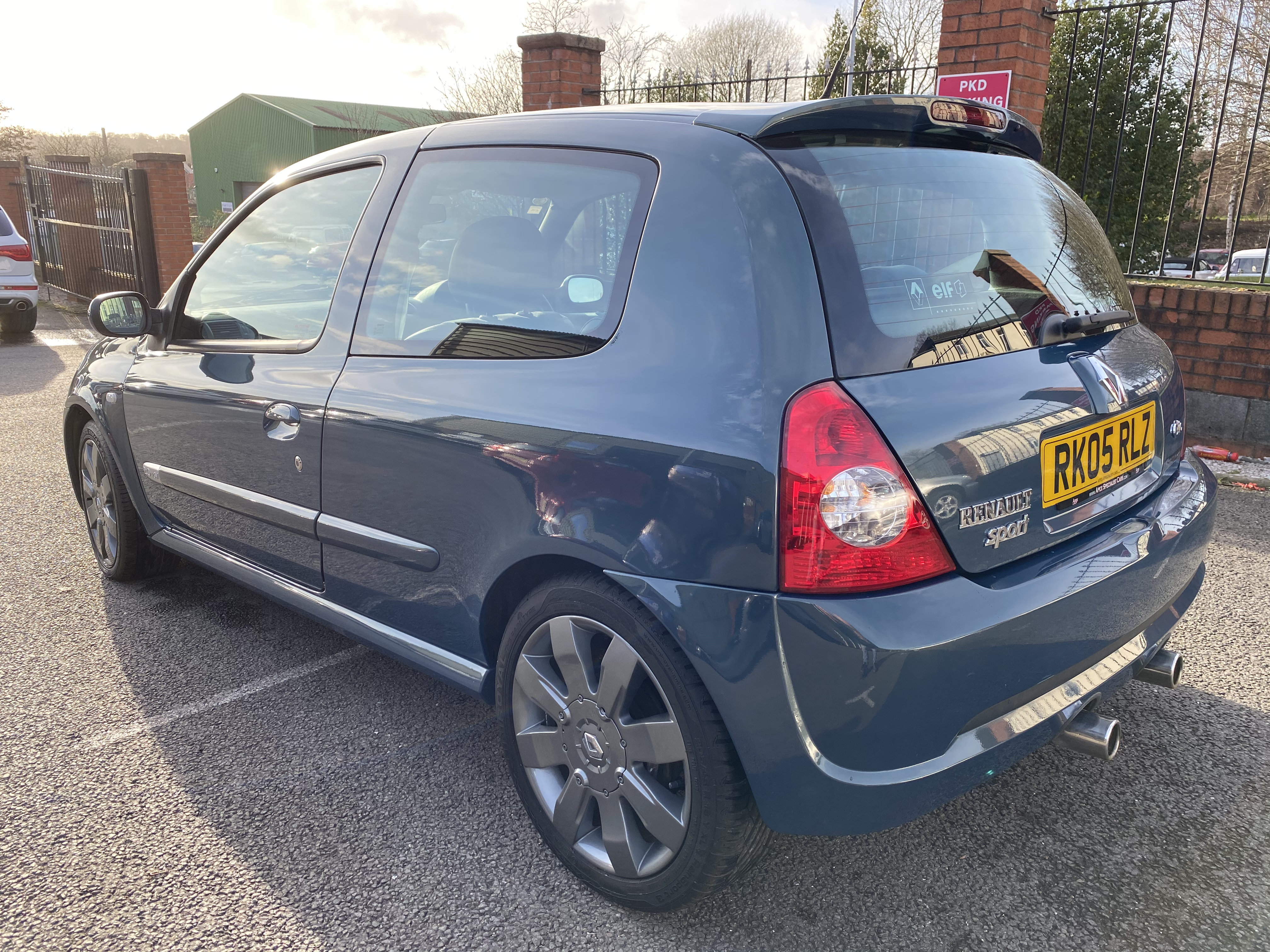 ClioSport Club Member
Titanium 182
Great find mate & we usually do a Clio weekend at Blyton Park each year but for obvs reasons its not happing this year.Good chance to see each other & put faces to names,also chance for everyone to use the track.

ClioSport Club Member
If you ever sell it Stuart, give me a message. Looks like a lovely example

ClioSport Club Member
Clio 200
Oh god not that one

. PB is used to be very underrated but now is pretty saught-after. Keeping it standard is definatly the way to go.

Oh welcome aboard too

ClioSport Club Member
Clio 182FF titanium
Lovely! You are doing the right thing not turning that into a track car for sure! Buy a shitty silver one (like mine

) for that kind of shenanigans

ClioSport Club Member
Titanium Clio 182
Very nice indeed, get some turinis on it!

ClioSport Club Member
Sunflower Ph1 172
That is lovely, and a great find.

One of the lower mileage examples of the 29 Petrol Blue cars too based on this register somebody put together a couple of years ago (those mileages were as of 2 years ago and your car reg RLZ was not on this list so 22 of the original 29 have now been identified including yours)... https://cliosport.net/threads/petrol-blue-register-21-29-remaining.825906/
P

Such a beautiful colour and very very rare! Miss mine.

My wife also banned motorbikes once we started our family. I also bought a Clio 182 and slowly turned it into a track car.

172 Cup
Very cool. Would def be a real shame to start tear that one apart.
S

My wife also banned motorbikes once we started our family. I also bought a Clio 182 and slowly turned it into a track car.
Click to expand...

ClioSport Club Member
It must just be the best combination of cars?! 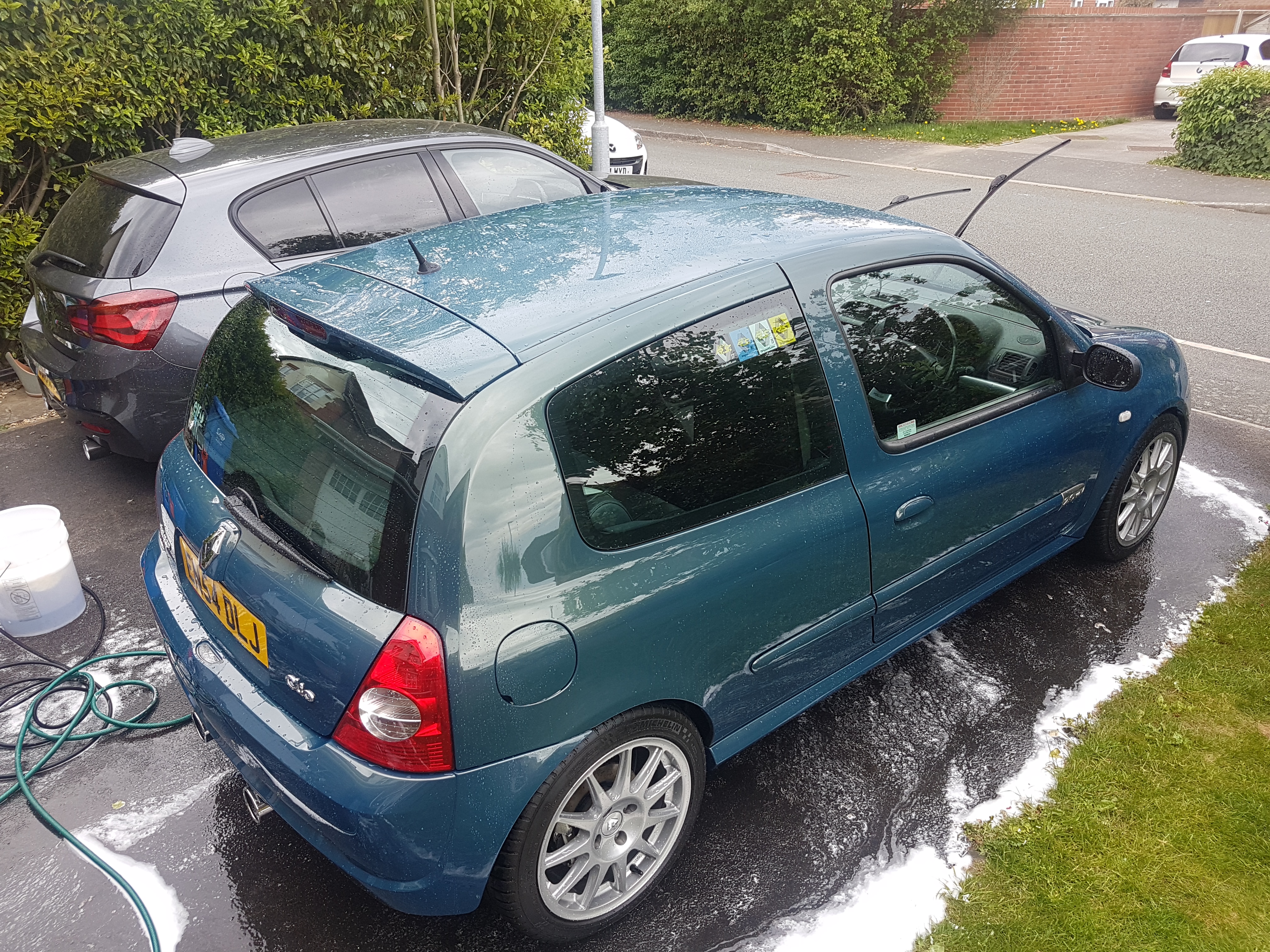 Welcome on the forum, your car does look like a brilliant find, looking forward to more pictures!

It's a gorgeous colour - nice purchase, sir!
You must log in or register to reply here.