172, Westfield
Cant open the fuc*ing thing now I have written that post as the name Vir is in the title!!

Can any help be posted here before I loose my rag!!! 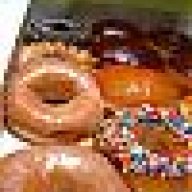 Mondeo STTDCI
So let me get this straight, if I post the word "Virus" the window closes? Just to be clear!
A

I am assuming its only if its in the executable name?!
M

You're not being clear. What is the problem??

Mondeo STTDCI
The problem is if the word "virus" is in the exectuable text of any programme he tries to run, the "Virus" his system has shuts the programme down,thus ending the ability to run anti-virus software!
A

172, Westfield
Will give it another go!

The computer is acting seemingly normally but.....

Any attemt to install virus software will go like this:

If i search for Virus in Google the result page opens and then immediatly closes, but any other word such as clio will return a positive result.

The word Virus seems to be a trigger point for something?!
A 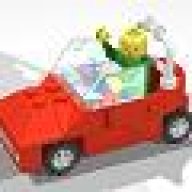 R35 GTR
Try and do a screen shot of your task manager and all active processes, as we can help find the correct program and send to you, but you wont be able to search for the info as this kind of virus will stop you.
A

R35 GTR
Try ending the processes, the virus one will probably pop back on the list.
A

172, Westfield
tired that twice and pc ends up crashing!!

Im not the most computer literate so maybe Im closing processes that I shouldnt?!
A

can now search for virus's and appearing now be able to reinstall Norton antivirus!!!

Will give this a go and see if I can find answer in google!

IF any of you guys have any further info re what this could be then id be grateful! 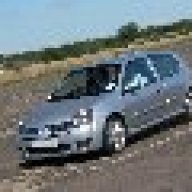 MK2 172
MS32.exe could be a backdoor trojan for Windows. I would get your PC virus scanned ASAP especially if you have weird stuff going on. You could try a free online one like this http://housecall.trendmicro.com/

172 Cup
W32/Vanebot-H is a worm and IRC backdoor for the Windows platform.

W32/Vanebot-H spreads to other network computers by exploiting common buffer overflow vulnerabilities, including: SRVSVC (MS06-040), Psyme, PNP (MS05-039) and ASN.1 (MS04-007) and by copying itself to network shares and MSSQL servers protected by weak passwords.

W32/Vanebot-H runs continuously in the background, providing a backdoor server which allows a remote intruder to gain access and control over the computer via IRC channels.

This application is most likely downloaded and installed by another application that is considered to be adware or spyware.

Mondeo STTDCI
So get it off your system of you'll f**k the whole world's computers.
A