ClioSport Club Member
182 750mc Ktec Racer
Its a positive start for me in 2021!
The season started at Cadwell park this weekend. It was my first time there but got to do a trackday on the Thursday with Javelin, and the times looked promising, (a few tenth off 2019s pole) but without a direct comparison we couldn't be sure if the times were comparable. We had a few issues with the alternator belt and a possible charging issue at high revs but nothing that was affecting the pace of the car.

On Saturday morning we Qualified and we placed in 5th only 0.5sec off of pole, it turned out positive times from Thursday were representative. A lightning start propelled us past Chris Keir and alongside Scott Edgar in to turn 1 - but after running wide out of Charlies 2 and a rough re-entry we dropped back behind them both. But a late brake in to Park saw us back past Keir and back to hunting down Edgar. I was closing in a few tenths per lap, but on Lap 7 I made a mistake and ran wide on the exit of Park and nearly ended up the wrong way, but I kept it mostly on the grey stuff but that saw me drop back from 3rd but had enough of a gap to retain 4th for my best finish and a welcome show of pace for the 2021 campaign.

I started 4th in Race 2 (identical lap time to 3rd, so I assume they base it on who did it first or they can get more accurate reading beyond the 1000ths they show us)

A slightly slower start in race 2 dropped me to 6th by turn 1, but some jostling and contact ahead gave me 5th by the exit of turn 3 and a great dive before the Mountain lifted me back to 4th. I stuck with the front 3 until Lap 4 when some cars started to slide around. (later realised this to be a car spilling coolant). This caught out Edgar in 3rd and as we came in to the right hand Chris curve his back end stepped out and ran on to the grass on the left so I dived for the inside, but his car snatched for grip a couple of times and he was forced in to my path and we collided side to side doing a fair amount of damage to both our cars. This gave me 3rd but the track was still slippery in random places and I assumed I had picked up damage as the car kept getting loose. After another lap all seemed to be well so I set about seeing If I could gain on the front 2 who were fighting. Sadly on lap 6 the back end stepped out in to the Gooseneck (possibly on the coolant) and as i fought to control it I bounced over the left kerb which lifted the car up on to the right side, then on to the grass and it dug in nearly flipping me. Sadly the tyre had been torn off the rim so I couldn't rejoin and my first podium slipped through my fingers.

Despite the disappointment of loosing out, the pace shown and the leap from the mid field to top 4 fills me with hope that this form continues on for the rest of the season and the elusive podium I was aiming for this year will become a reality.

ClioSport Club Member
182 + 330d
Love this, great watch, hope you get to the podium soon We are hoping to pop down to Snet to have a look this year all being well.

You were properly over-driving it at the start but then settled down and kept a steady pace.

JamesBryan said:
I thought you were going to kill yourself in the first two laps you mad fucker

You were properly over-driving it at the start .
Click to expand...

Very true, i think I got a little too excited about being at the front end on merit lol

Yeah, i cringed when I watched that back first time, but had gone to that guy straight after the race to apologise for the contact at turn 3 and he was absolutely fine. I will definitely look to be cranking it down half a notch at Donington on the 22nd as I don't want to be 'that guy'.

ClioSport Club Member
RB 182 FF
Love how frenetic the racing looks. What a fab track Cadwell is - especially when you're on-throttle oversteering in a 182!!

I'm there next month, albeit with about a third of the power in a Ka...

ClioSport Club Member
Edition 30
That was crazy how the car seemed to unbalance itself.

Nice try on the save!

ClioSport Club Member
Peugeot 207
Really enjoyed the footage and write up. Keep us posted on your progress. Thank you

Sanj16 said:
Your footage scares me at times lol.
Click to expand...

Bet you're glad to be in a different race now!

ClioSport Club Member
Renault Clio 182 BG
Well done. The temptation to go into 5th down Park Straight is always there. And the pace was there from the off considering it was your first time there.

Jon Wright said:
Well done. The temptation to go into 5th down Park Straight is always there. And the pace was there from the off considering it was your first time there.
Click to expand...

Yeah my hand going in to autopilot on most laps is comical.

ClioSport Club Member
182 750mc Ktec Racer
Rounds 3, 4 & 5 took us to Donington Park this past weekend. After the great result last month at Cadwell in race 1 we came in high spirits even after the disappointment of losing a podium in race 2, even worse it was a DNF. Being generally the 3rd fastest runner at Cadwell, but coming away with only 12th in the championship left was a little frustrating.

With the Donington weekend being a triple header, a good result here would set us up well for the rest of the season, in that we can drop the 2 worst scores. The weekend started with a wet Qualifying that was cut short due to few offs and 1 nasty accident.

(Fortunately all drivers were ok and both cars made the races with one featuring in our race 2.)

Despite only getting 1 or 2 fast laps we got an encouraging 4th on the grid for race 1.

Race 1:
There was a good battle with a couple of other drivers in first few laps, but once things settled it left me a few seconds behind the leading pair. Despite clear but lonely laps the pace wasn't quite there to make an impression on them, but a nice consistent pace and no mistakes led to the first ever Podium and as you can see by my reaction over the line, it meant a lot. The best lap also rewarded us with another 4th place grid position for race 2.


Race 2 & 3 reports and videos to follow once I've uploaded them.

ClioSport Club Member
182 750mc Ktec Racer
Race 2:
A good start from me and poor start from Jack Dwayne on Row 1 leap frogs me to P2 from lights out. I keep with Jack Kingsbury in 1st for a few laps and I'm feeling very confident on the brakes, so I have a go in to McLeans on lap 4 and it pays off. Sadly I can't keep the pace up - perhaps from loosing the tow, from driving too much in my mirrors, or possibly my tyres start to go off - because he's all over me and a lap later, he gets a great exit from McLeans which leaves me defenceless in to Coppice. I know if I carried on driving that defensively it would drag us both back to the rest of the field so I plan to stick with him and try a move nearer the end. Sadly I cant keep with him and he gaps me after a few laps. A few laps from home I get a B/W flag for track limits and have to back off as I don't want a penalty but I do so too much and this gives Stephen Richardson in 3rd a chance to catch me (The No7 car from the earlier video that got a heavy rear impact) . He tries a cut back out of Redgate but ends up nudging me and loosing me momentum, so I defend aggressively and we head down to Craners with him still nudging my bumper but eventually he backs off. This drops him back and I have a happy end to race 2, on the Podium again, and this time on the 2nd step, and he joins me for his fist podium in 3rd.
Annoyingly an accident in the mid pack half way through the race takes out the timing beacon and for some reason it has to be reset, loosing me my fastest 2 laps (both good enough for front 2 rows). This puts me in 9th for the Race 3 start. That accident can be seen here. http://youtube.com/xOl8jb7mz8g:670 (as can my start at the beginning)

So what should have been the 3rd 2nd row start of the weekend turned in to a 5th row. An average start from 9th and a fluffed gear change dropped me back as low as P13, but some steady progressed pulled back 9th and so co-op driving between me and another driver we set about reeling in cars in front. Sadly a rolled car ends the race a lap or 2 early and we finish in 7th. Not a great end to the weekend but with my first silverware there were plenty of positives. 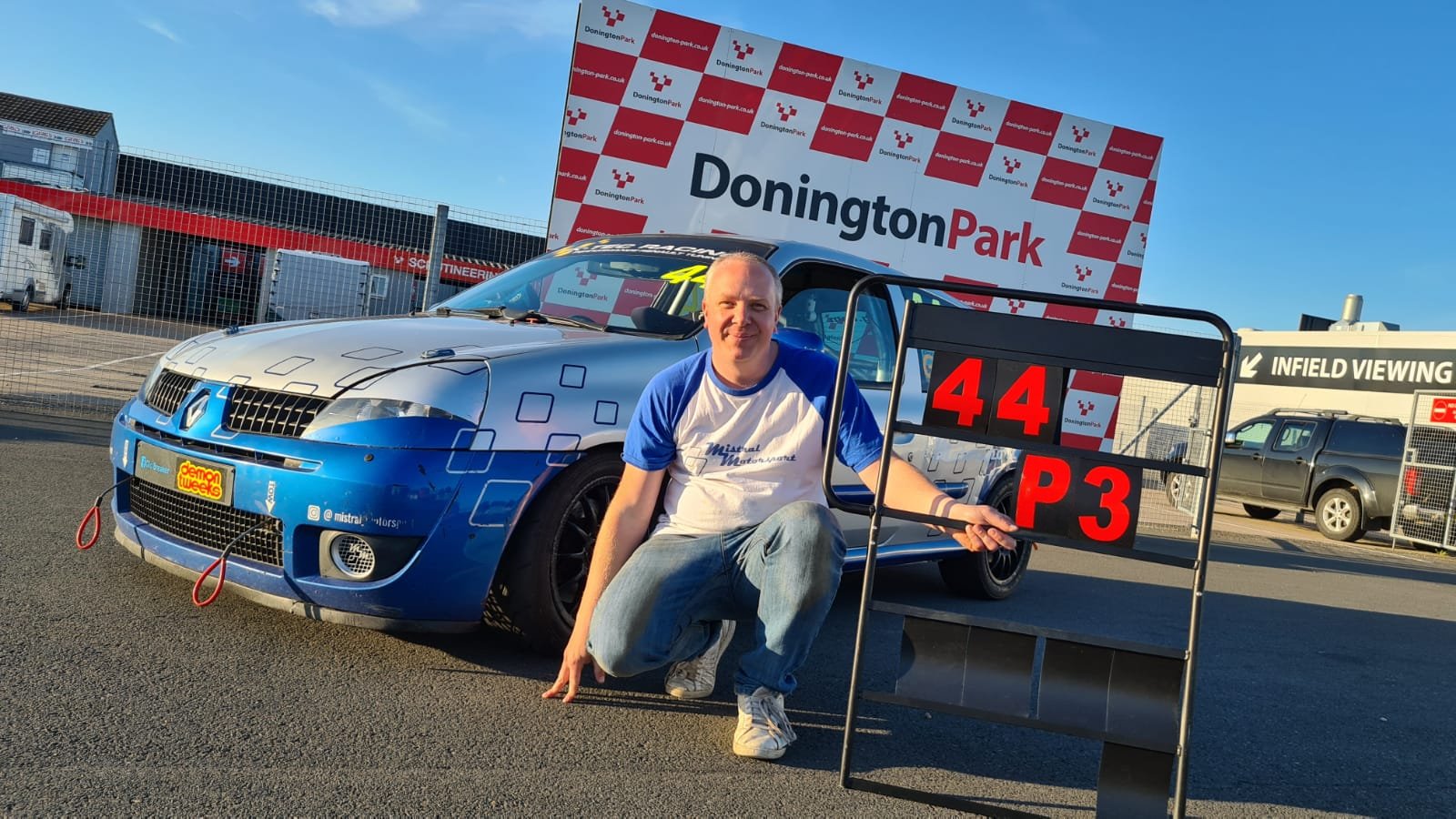 182
I do wince every time you change gear. Fair play if that gearbox lasts a whole season? Looks like great close racing

I don’t suppose my old car has made an appearance yet? The guy who bought it was adamant he would be at the first round. I don’t know what livery he went for but it has a silver roll cage and probably still has the darker trim on the side. 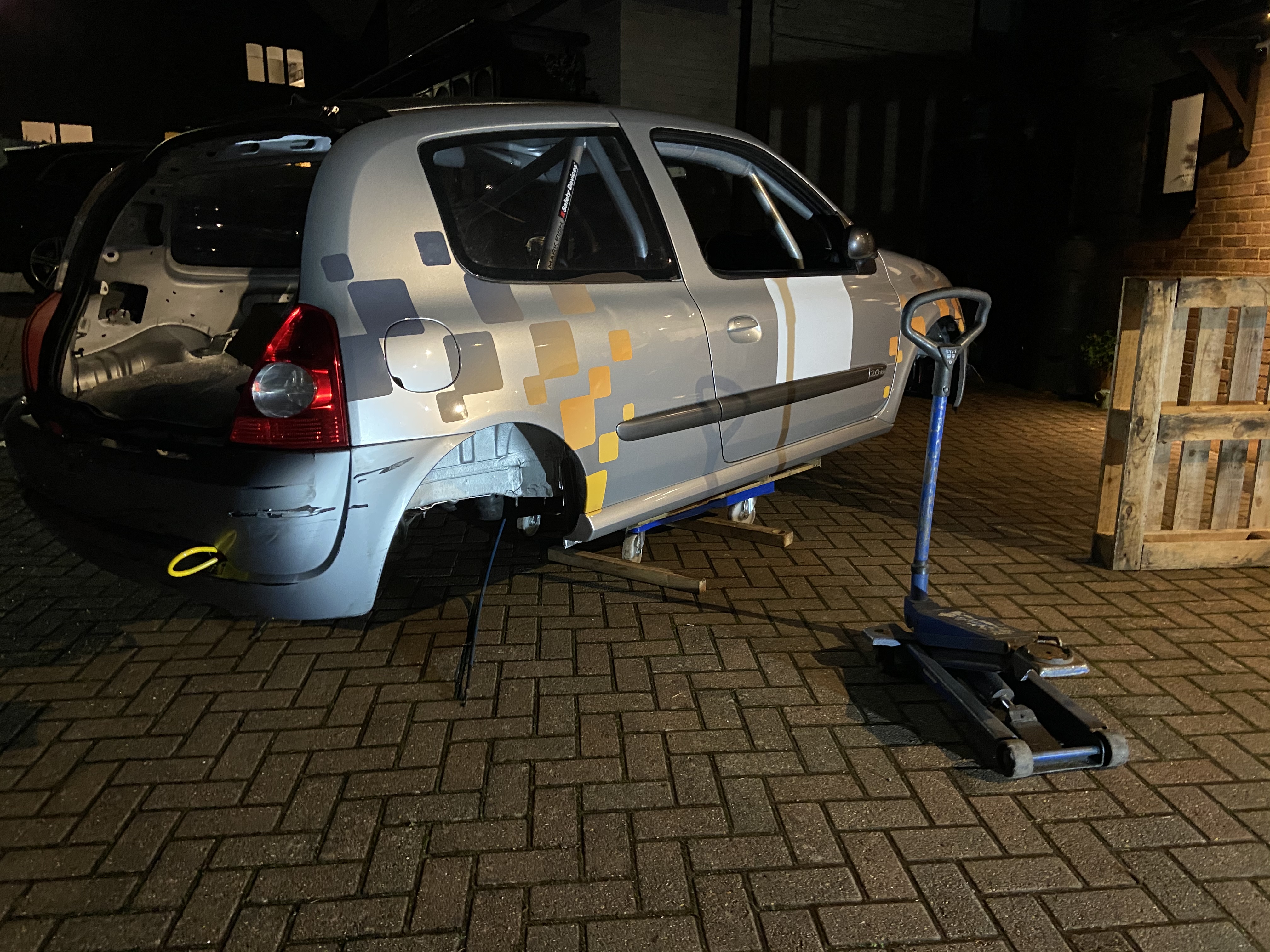 Good luck for the rest of the season

Hyperhatch said:
I do wince every time you change gear. Fair play if that gearbox lasts a whole season? Looks like great close racing

I don’t suppose my old car has made an appearance yet? The guy who bought it was adamant he would be at the first round. I don’t know what livery he went for but it has a silver roll cage and probably still has the darker trim on the side.

Good luck for the rest of the season

So many people say that about the gear change! That box has been in since 3rd race of 2020 so seen a fair few races now. Old one died of a failed diff so wasn't even related to the gear change. We've had quite few new drivers this year but once the cars are wrapped and decorated its hard to tell where theyve come from!

loggyboy said:
So many people say that about the gear change! That box has been in since 3rd race of 2020 so seen a fair few races now. Old one died of a failed diff so wasn't even related to the gear change. We've had quite few new drivers this year but once the cars are wrapped and decorated its hard to tell where theyve come from!
Click to expand...

Good to see you at Donny and watch the first race, congrats again on that podium - no doubt see you again soon!
You must log in or register to reply here.

Tuesday at 3:33 PM
bob the builder