ClioSport Club Member
Boostvagn.
So my better half is currently learning to drive, and therefore it’s first car time. What better, then, than a Mk2 Clio?

So it’s a 2005 1.4 16V but it’s actually pretty clean. There is like ZERO corrosion underneath, and the engine is absolutely sweet as a nut. It’s even got a sunroof which, whilst it whistles slightly, doesn’t appear to be letting any water in anywhere with the roof lining

Currently on 129,000 miles, bought it with a few little bits to do but nothing major;
Shagged dogbone mount
Aircon seemingly not working
No radio reception
One grab handle hanging off
Lights could probably do with a restore
Boot light not working
Famous rear lights shorting and lighting up indicator bulb/fog light symbol on dash.

A new dogbone mount cost £13 and took about 5 minutes to fit, Once you got moving the aircon works fine so it was obviously just low on gas (fans work)I’ve got my own aircon kit so that was cheap as fook to recharge, radio antenna cable wasn’t plugged in properly, grab handle wasn’t saveable so that’s £22, boot light was the simplest thing imaginable - both wires popped out of the connector, crimps still there and intact! Just got to fit a new grab handle and clean the lights up. Already Gtechniq C4’ed the plastic trim which has worked wonders.

Oh and the clutch pedal decided to disconnect itself whilst out for a bit of driving practice which was fun. The link rod on the pedal failed so I had to jump in and drive it home with no clutch. Looks like a known fault though and you can get uprated link rods with clips to stop them popping off so that’s another easy thing to sort.

Does 50mpg and has just the right amount of power for a learner. Wish mine had been this nice when I started driving! It’s been nice reliving my first days of driving and being back in a clio. Probably won’t be modded much, but it’s a nice cheap little runabout. 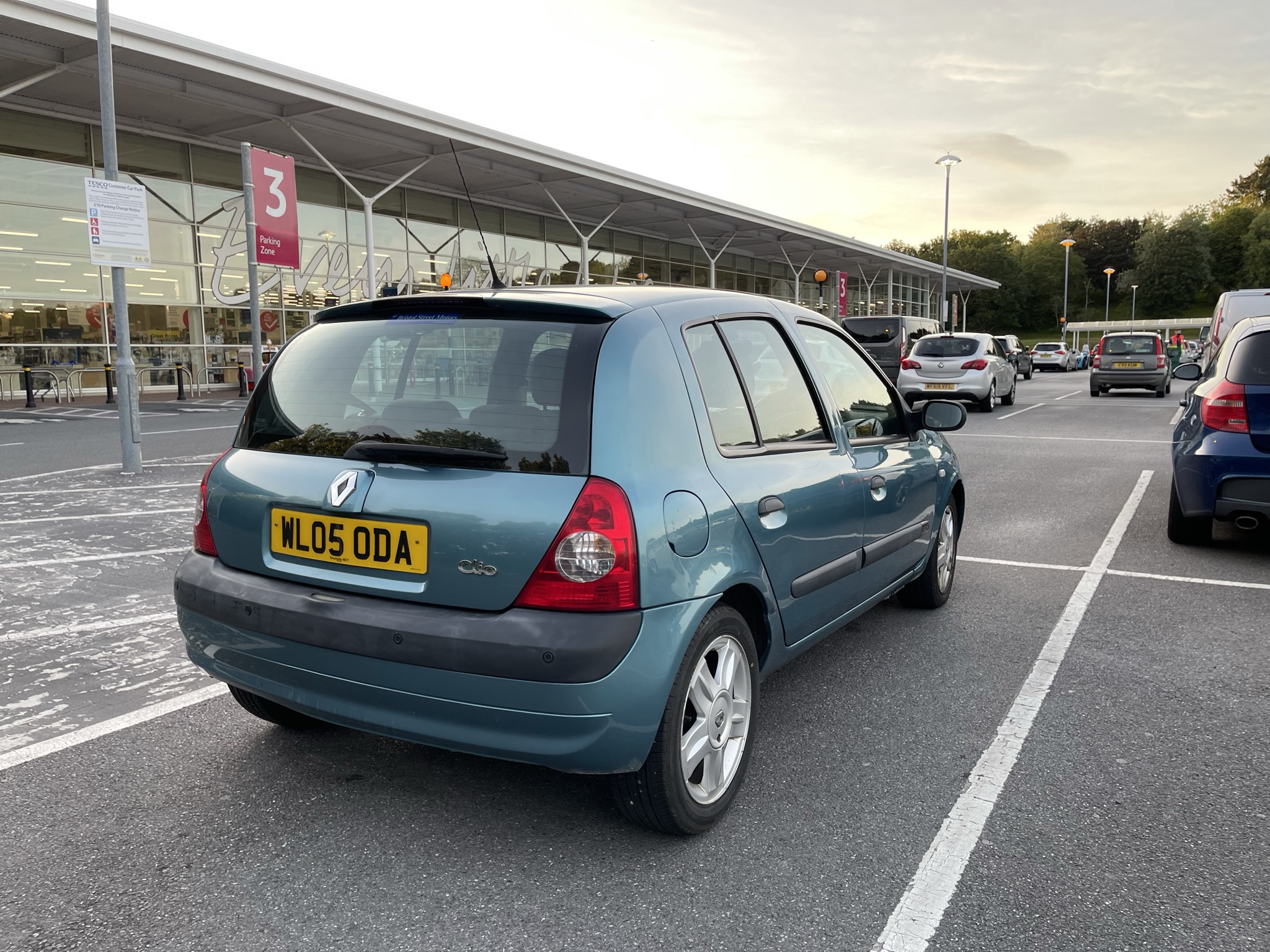 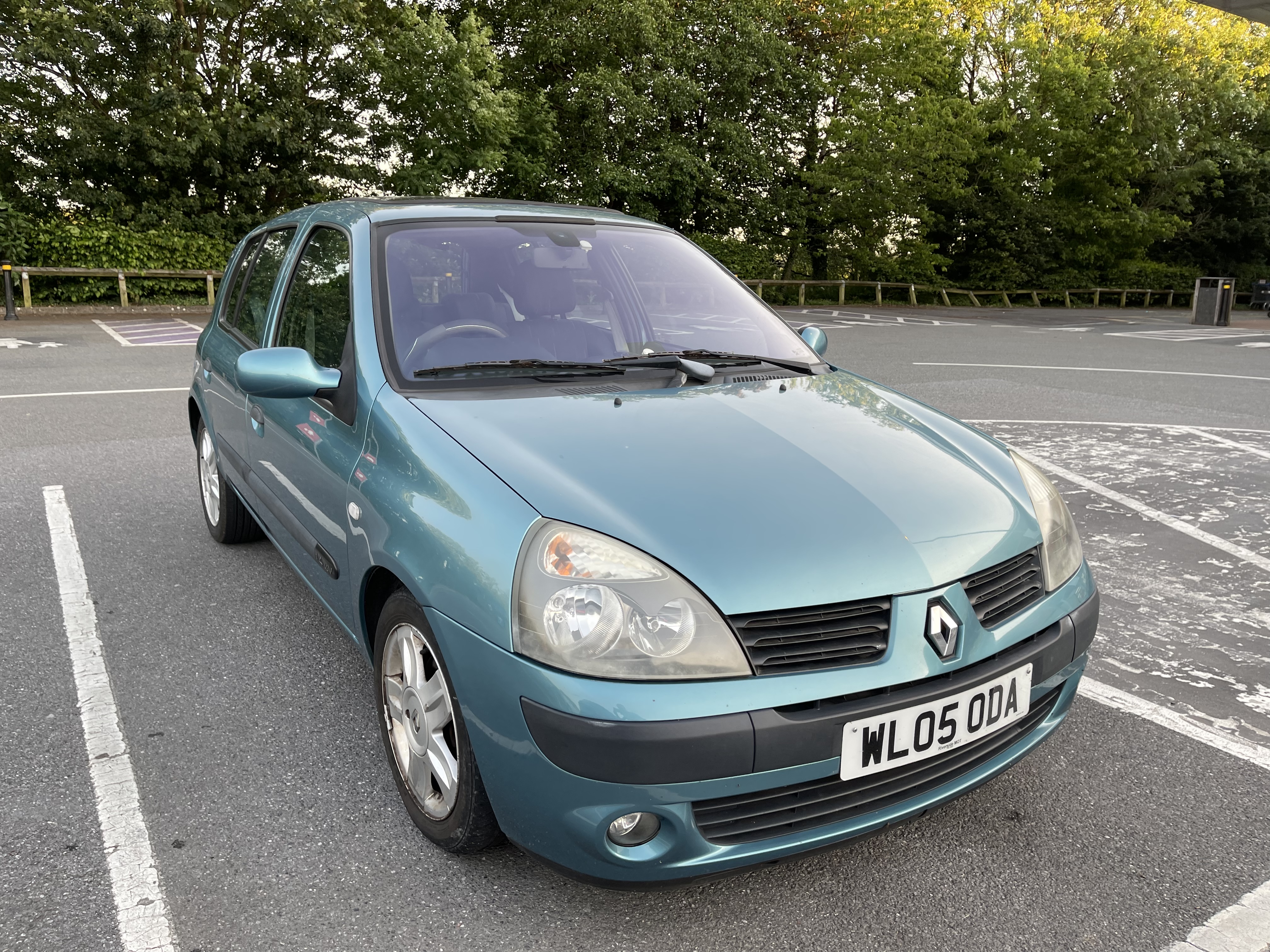 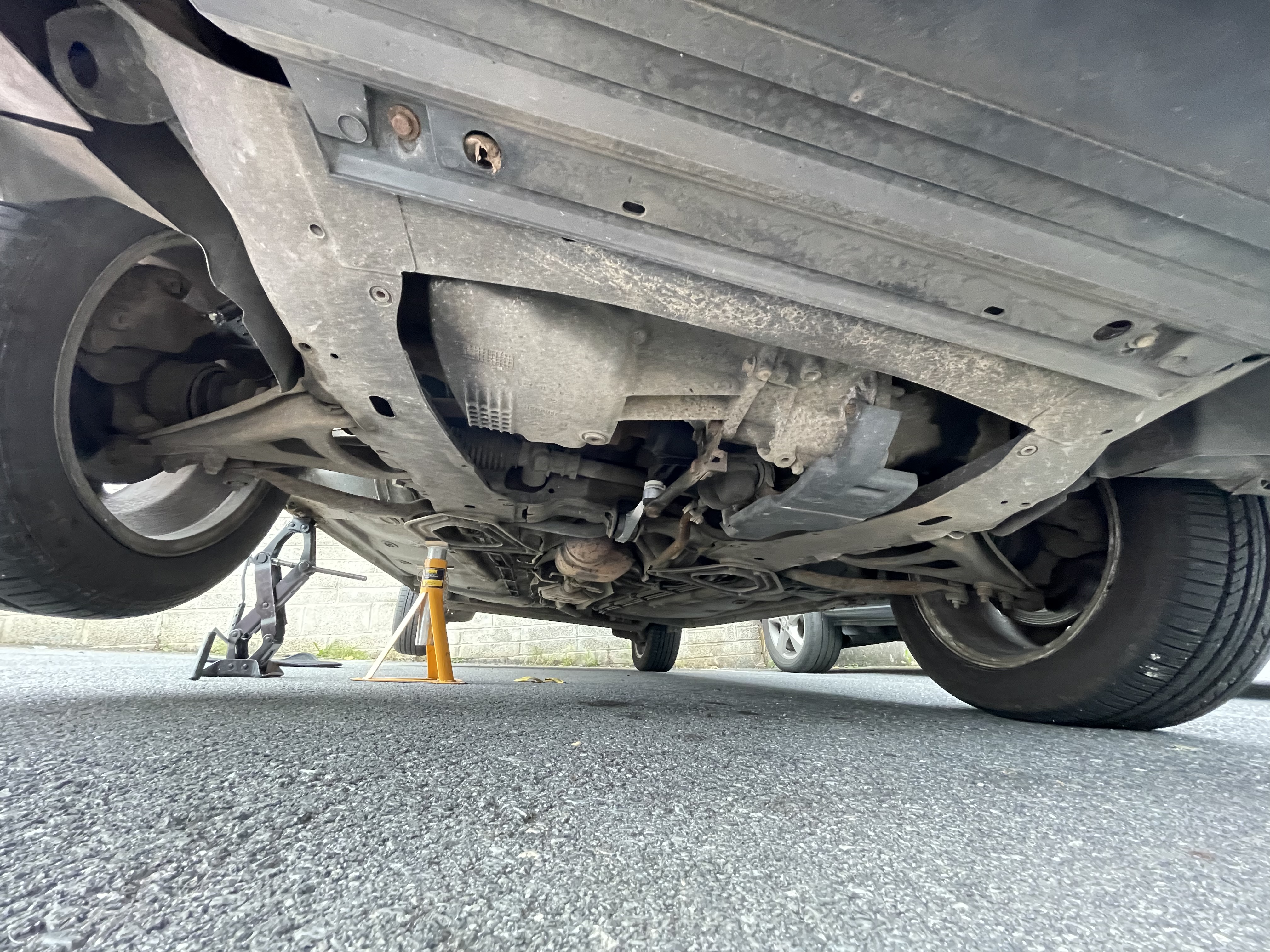 ClioSport Club Member
182 RaceVan
rare to still have the cover under the gear selector lol!

I’ve just spent the evening fighting with the clutch pedal linkage. Turns out someone fitted the uprated one but only put one of the clips in. The unclipped end is therefore fucked and pops out, but the clipped end is absolutely bloody solid. I can’t get the fucker off, not that there’s any room at all to get to the f**king thing anyway.

Need to pull the whole pedal box off I think, which will be an absolute f**king joy.

Ikea
Love Mk2 Clios, both my kids had them to learn in.

That looks very clean apart as you say from the lights, I never discovered a way to keep them clear for more than a year or so and always polished them up before the MOT.

fakeConcern said:
Love Mk2 Clios, both my kids had them to learn in.

That looks very clean apart as you say from the lights, I never discovered a way to keep them clear for more than a year or so and always polished them up before the MOT.
Click to expand...

Trick is coating them properly afterwards, tbh. Should be fairly easy to clean up.

ClioSport Club Member
Ateca/700hp Civic/Je
Does he actually like clio's though?

I drive an Audi TT, an MX5 and a Volvo hatchback and I’m still not gay enough to rock a Honda.

ClioSport Club Member
Boostvagn.
No real pics but recharged the aircon today, now absolutely ice cold even at idle - I was expecting it to be undercharged but it was actually overcharged so I... err... did absolutely nothing. But it's spot on now.

Managed to sort the clutch in the car, was a lot easier after I disconnected the clutch cable from the forks on the box but still an absolute fucker to do.

Installed a cheapie bluetooth radio, speakers actually seem to be very good - they have Cabasse written on them, that's obviously the uprated factory system but I don't know if they're the original speakers. Either way the stereo works fine so that's a nice little upgrade.

Fitted floor mats arrived the other day so they went in today, much better fit and don't slide around because they're screwed in. Much nicer. Gear stick insert was also completely worn smooth and since the good lady is learning to drive in this car the lack of any gearstick markings was an issue so a cheap ebay jobby went in, simple touch but worked wonders, likewise with a new gaiter. Oh and new wipers too, couldn't Gtechniq it and have crap smeary wipers.

I've got something else to crack on with at the moment - the temperature gauge is only going up two bars, and I swear it's not as good as my 172 on fuel (OK so the 50mpg may have been an overestimate because today it only got 38ish mpg) so I'm going to say it's actually running cold, so I'll plug the OBD in tomorrow to check the numbers and if it is running cold I'll stick a new thermostat in. Even so, we did a drive down to Falmouth and back today and it used only about a quarter of a tank, which is significantly better than the Volvo lol.

Only slight niggle at the moment other than that is that the sunroof whistles at 70 when it's shut. I'm not getting any water in but I think the glass is touching the frame a little on the back edge. It creaks a bit so it's touching but I'm not sure what you can do as there doesn't appear to be any adjustment screws or anything.

Interior needs a bit of a clean though, lol. 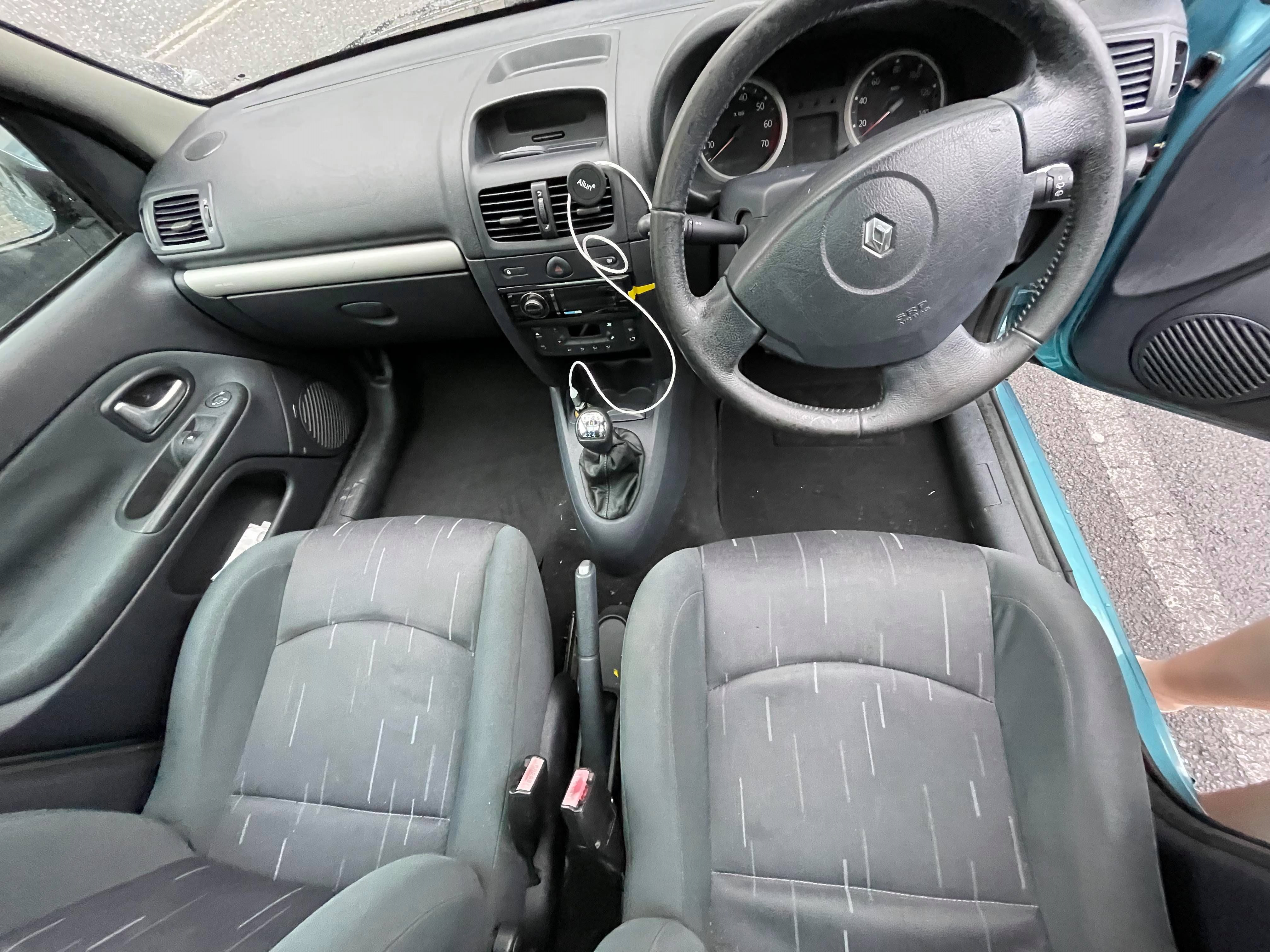 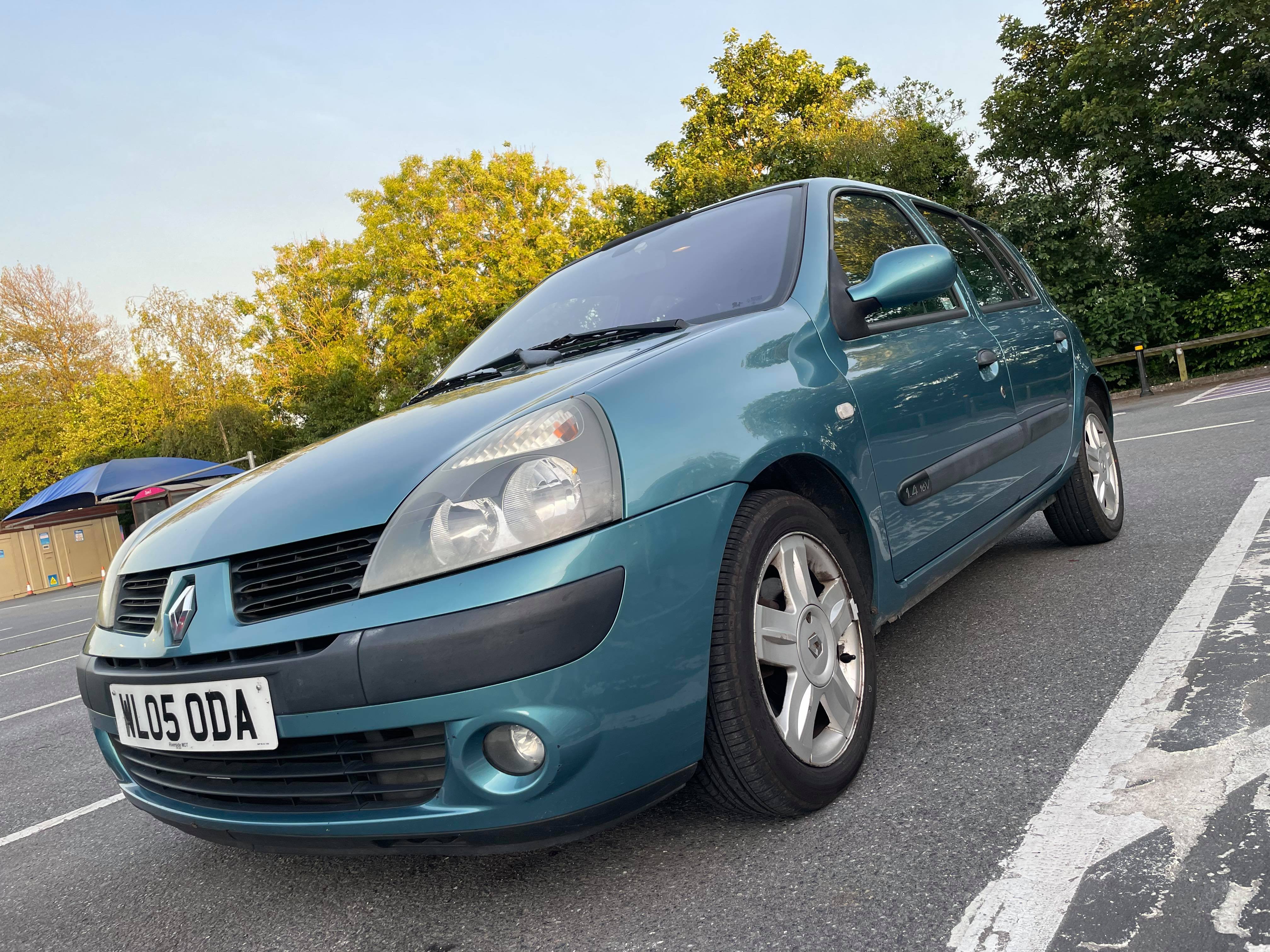 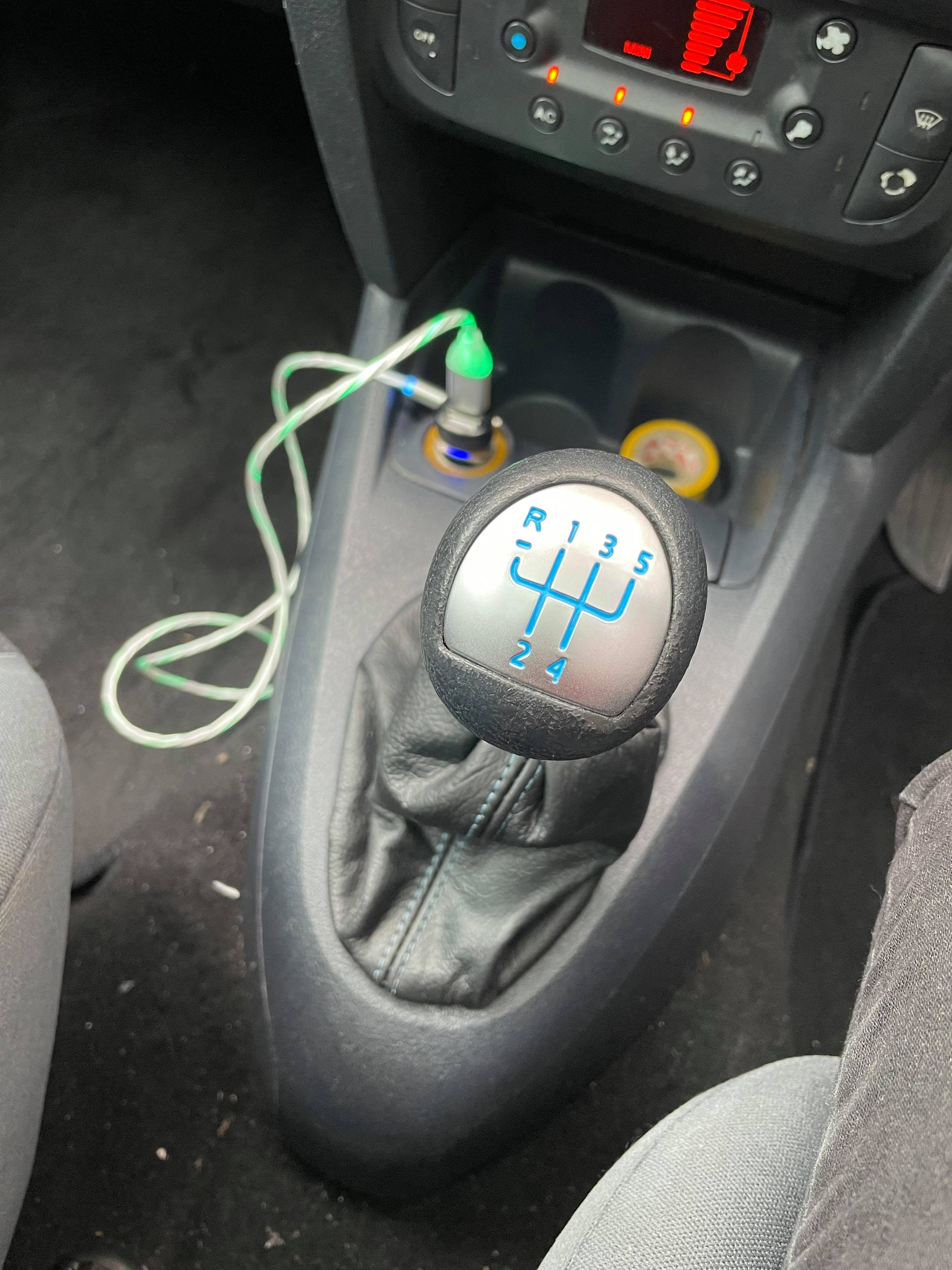 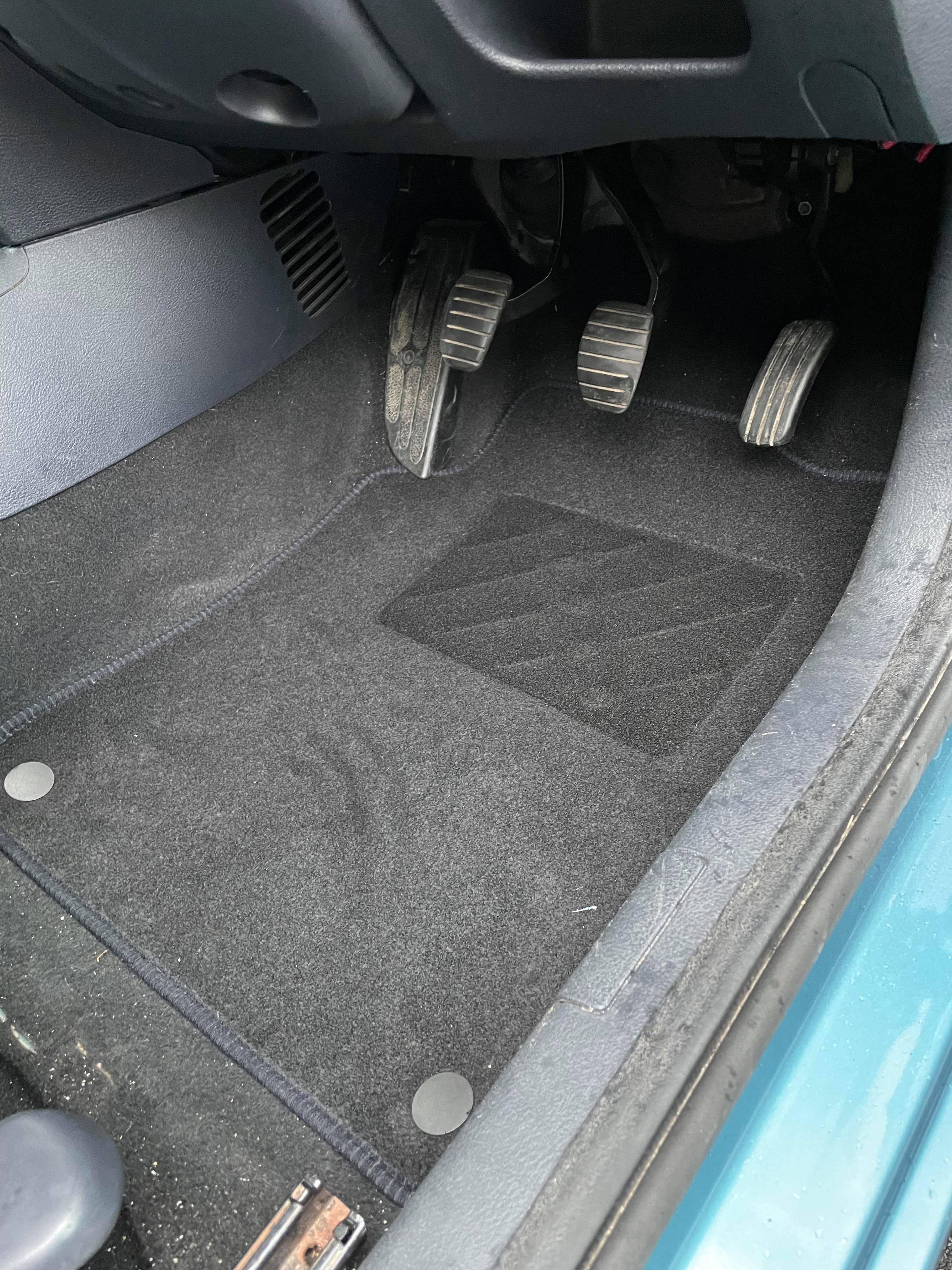 Chuckles said:
I can’t believe you fitted new mats without cleaning the interior, makes my willy hurt.
Click to expand...

Apparently it was hoovered but that stuff wouldn’t come up.

Had it on OBD today, drove a good 20-30 minutes and the hottest it got was 68c, so thermostat it is. Shame it’s one of those bloody integrated housing jobbies though, have to replace the whole lot instead of the thermostat. Still, easy fix and no doubt will unlock some extra empeegees. Will probably do an oil change at some point too as it’s probably been dumping extra fuel into it. 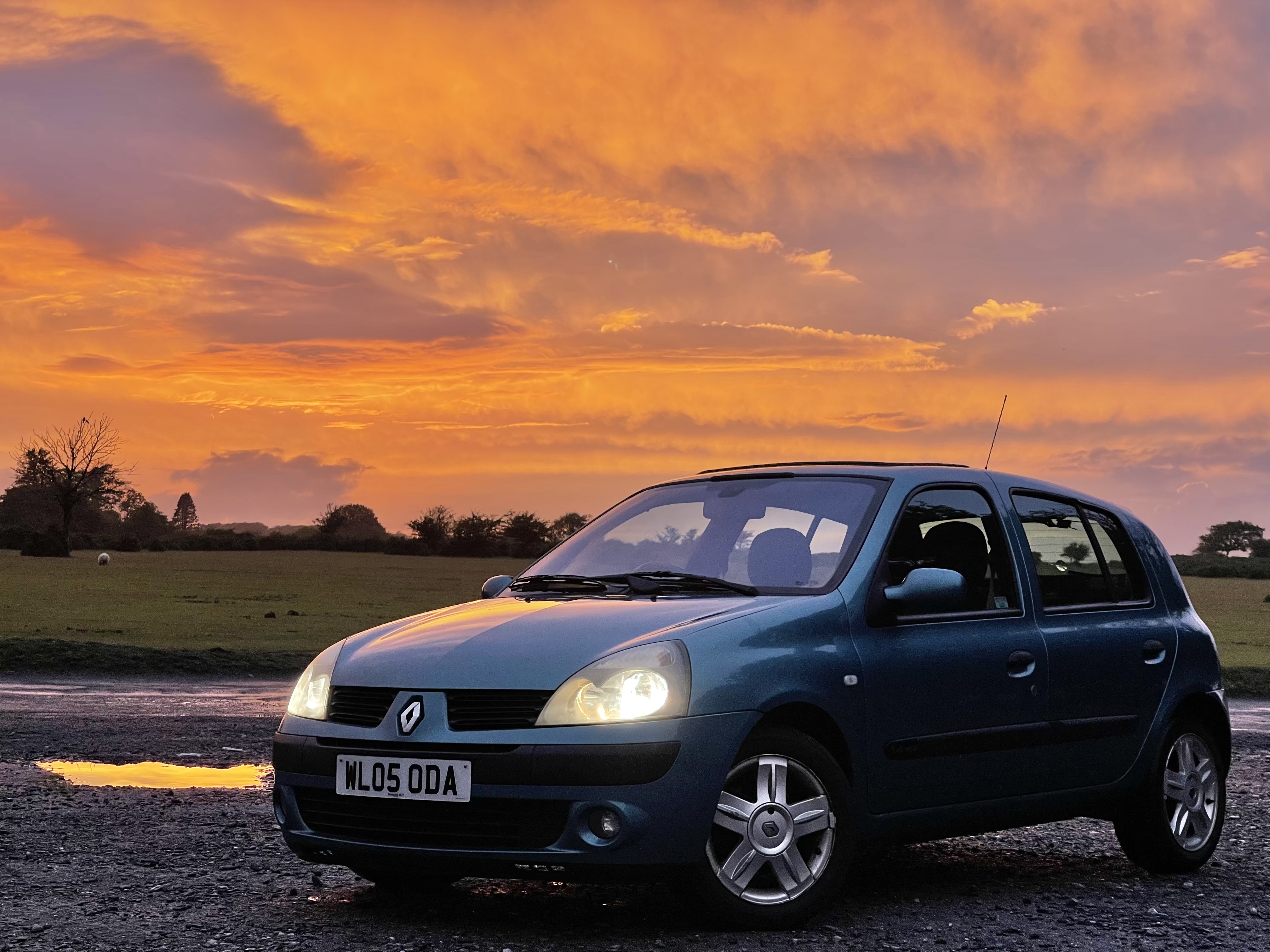 ClioSport Club Member
V6 255, 172 cup, ph1
Make sure you check the faces of it really well before you install, they're prone to leaking.

ClioSport Club Member
Boostvagn.
Ffs. Coolant return hose is a completely different size - everything else is the same. Got to the last possible moment before I realised too. 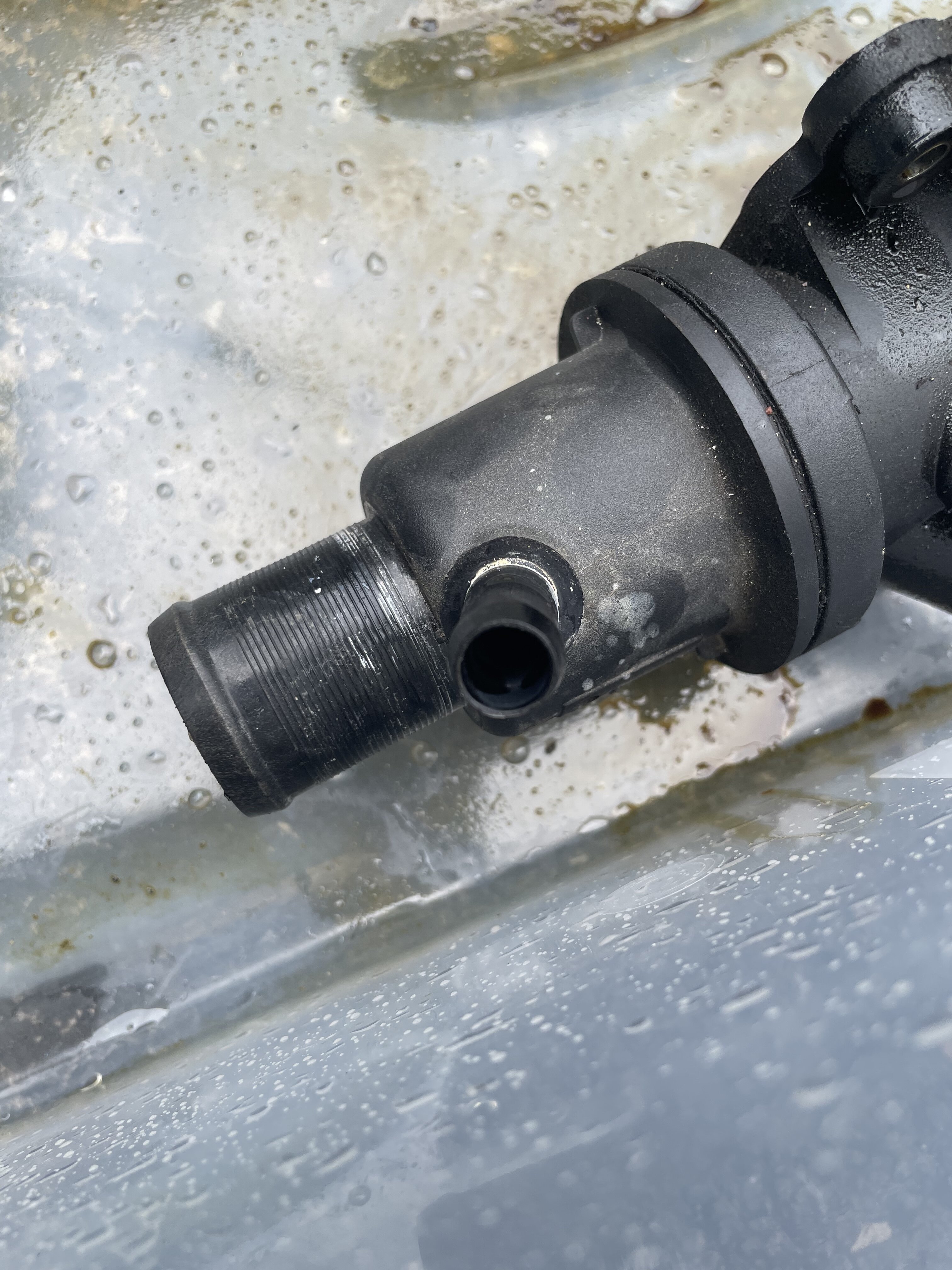 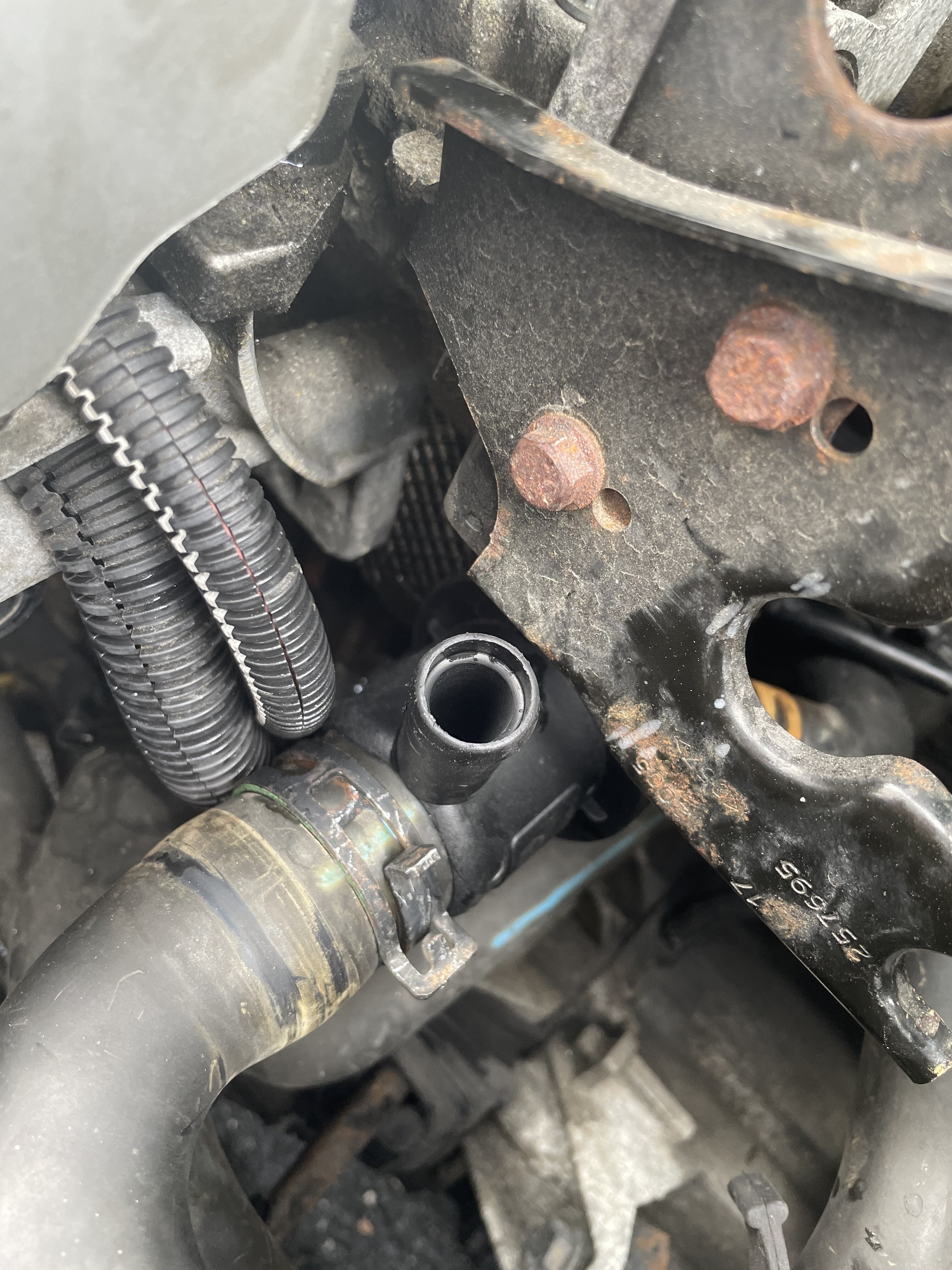 D
What to do about this poo

Cut out and won’t start