Have the car up on spit at the moment and cleaning it down. Was doing very well with thinners and wheel brush + cloth until I got to the engine bay. Pretty greasy as expected and plenty of little gaps and tight spots I can't really get to.

So, what should I do. Power washing seems like the last avenue as car is very dry now and don't want to re-introduce moisture. Some people have said brake cleaner.

As opposed to power washing, I have been thinking of using brush on degreaser and washing off with a hand pump sprayer which would be less power than an electric power washer.

What do people do?

While going from blue to purple isn't a massive change. I still don't want paint chipping off.. which will look crap. 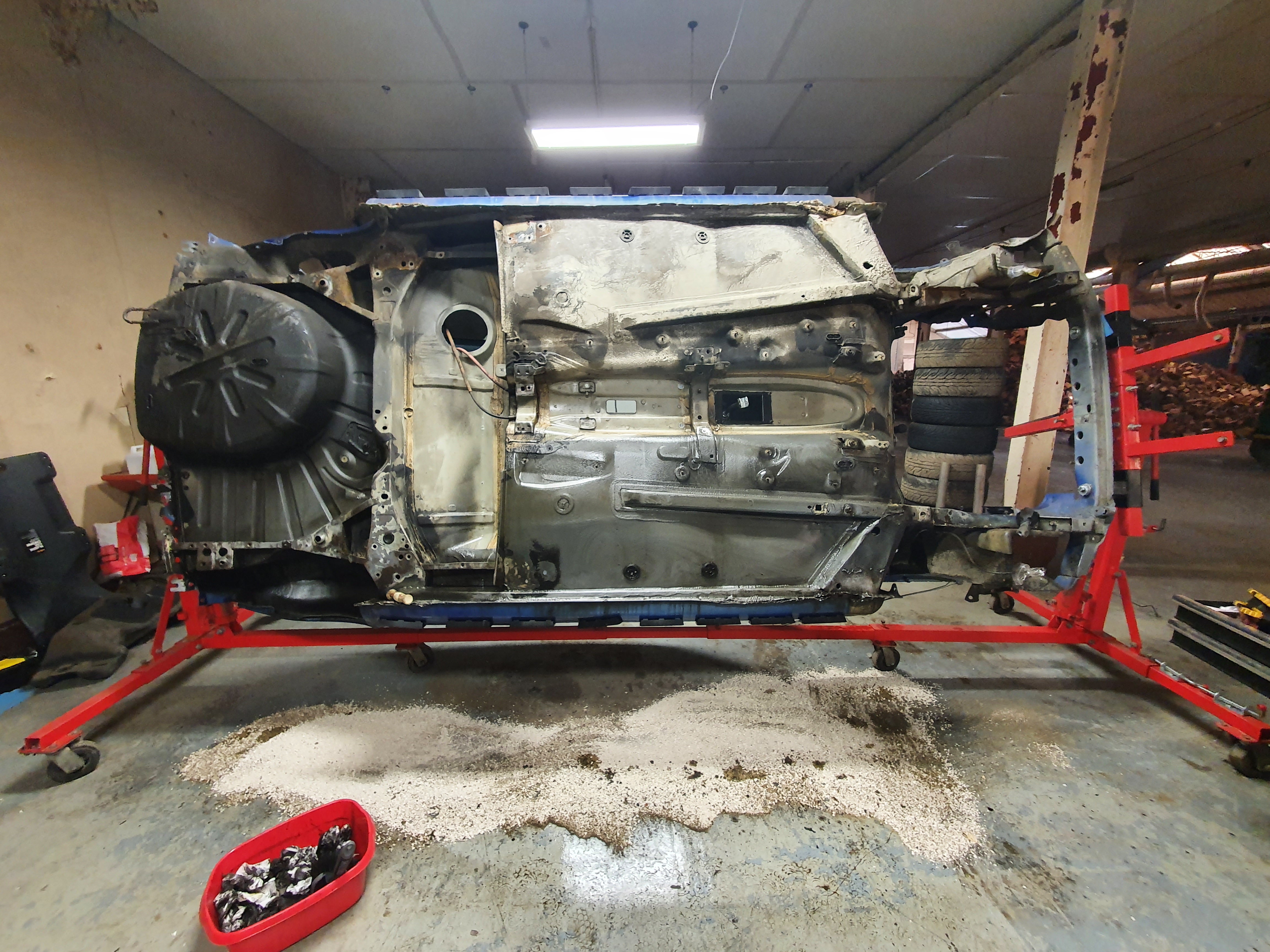 ClioSport Moderator
Whichever has fuel
Thinners/panel wipe in a pump sprayer. It evaporates quickly.
Grab a couple of cans of brake cleaner too for the intricate bits.

By the sounds of things.. water is off the cards. Which sounds good as the body is bone dry at this stage and i'm loathe to re-introduce water.

ClioSport Club Member
BG 182
You could use a steamer.

That had briefly crossed my mind.. if I could find one i'd certainly give it a shot. I won't get access to one though.

If I was to buy a cleaner can anybody suggest a unit?

I would give it a good degreasing with lots of towels, preferably the ones your mrs loves the mostest then finish off by scrubbing it down with thinners.... I understand your concern with water however I would already be degreasing and jetwashing that then blowing out all the seams with an airline.
R

conor1n said:
If I was to buy a cleaner can anybody suggest a unit?
Click to expand...

Was going to suggest a steamer earlier. I have a karcher sc3, does the job well for the price. But a lot of people recommend stepping up to the sc4 as its that bit better
You must log in or register to reply here.

H
Should I get the belts done before trying to sell?

DIY spraying inside of car - Tell me know

M
Powering clocks outside of car

Starting out on my own - cleaning cars for money !
2