182 is obviously quicker, probably by a good margin.
133 is better on juice, tax and insurance
182 will be hard to find a good one for under £4k
133 seems to better looked after going off adverts
133 price may be cheaper for something decent
Is the 182 more fun?
Are parts cheaper for the 182?

What are your opinions?
W

I’ve owned both. 182 for me, the Twingo rs is nothing special.

ClioSport Moderator
Whichever has fuel
Twingo RS is so cool on paper.
But in reality it’s a proper wet lettuce and a let down.

ClioSport Club Member
ph1 172, Arctic182
I'd be surprised if many on here would say 133 what with it being Cliosport.net

I do love RS twingos though

Best thing I ever done was sell it

Get a clio bigger and more powerful

Sent from my VOG-L29 using Tapatalk 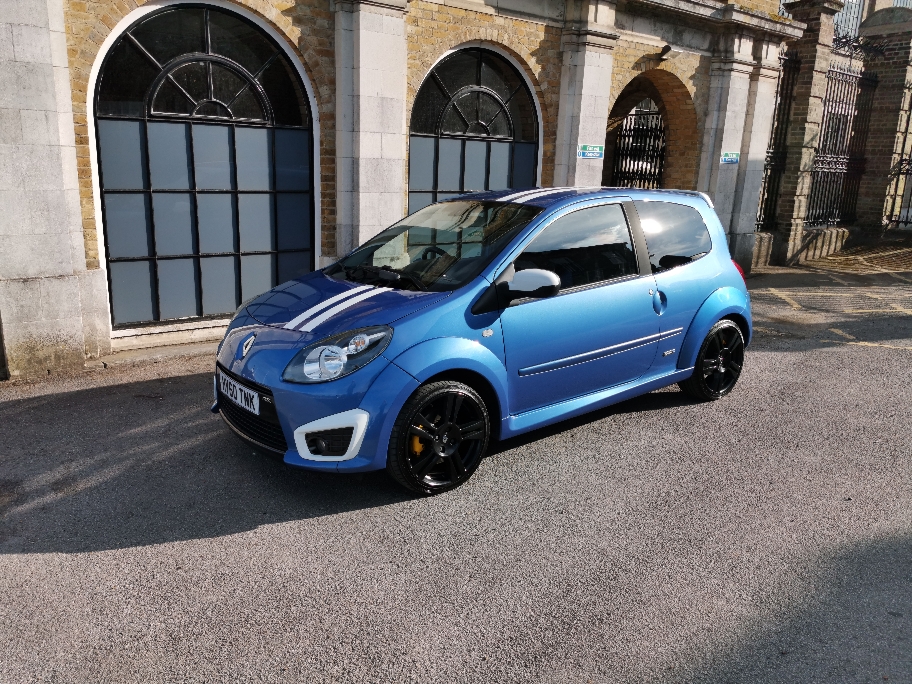 Once you get used to the clio power they don't always feel all that quick any more unless you are on it so I can't imagine how slow the twingo must feel on anything other than a tight B road.

ClioSport Club Member
182 RaceVan
I preferred my 133 over any of my RS clios as a toy, but on anything other than a spirited drive where you went out with the intention of being a hooligan it was hard hard work.

a woman in the street up from me called the police on me for the way I was driving down the street, I was doing 30mph as I always do in any car ive ever owned and shes never noticed me in 10 years, but the 133 just makes induction noise all the time lol.

such a rewarding car when you have it proper chapping, id have another in a heart beat but only if I had to drive It a few times a month

Clio is better at almost everything else.

ClioSport Club Member
172-E92 M3-ZT V8
My sister had a Twingo 133 for about 2 years and i got to drive it a lot. Nice car - didn’t ride as well as my 172 cup and engine is Revvy but a little gutless. Loads of fun tho with a lot of grip for such a small car. Felt really planted on the road and looked really smart (colour was like a smoky light grey colour). I would still vote for a 182 tho as the whole package is just that next level up in fun and performance.

182 is obviously quicker, probably by a good margin. (definitely, in a straight line anyway)
133 is better on juice, tax and insurance (marginally better on juice, only cos the 182 is so good for a 2.0, not that the 1.6 is bad - it isn't geared well for motorways tho)
182 will be hard to find a good one for under £4k (poss, not sure - makes sense though as they're older)
133 seems to better looked after going off adverts (bargain cars yes)
133 price may be cheaper for something decent (yes)
Is the 182 more fun? (no, definitely not!)
Are parts cheaper for the 182? (more used parts available for sure)

What are your opinions?

Also, Twingo is less common - everyone has a 1*2

In a nutshell, in my opinion, the twingo and the 1*2 are very similar. Twingo is much slower in a straight line than a 172, but the 172 isn't a rocket ship either.

Twingo is definitely as much, if not more fun than a clio if you aren't bothered about being overtaken on track days, by clios. They're an absolute hoot and as close to a go kart as you'll get (cup suspension is desirable apparently but I found it too ott on the road)

clios have been around now and are showing their age, twingo starts around 2009 I think? come with all the trimmings if you want . every year a french car has been on the road is another year or rattles and loose trim/bush wear!

twingo gearchange feels a lot better than the clio

both have expensive belt services 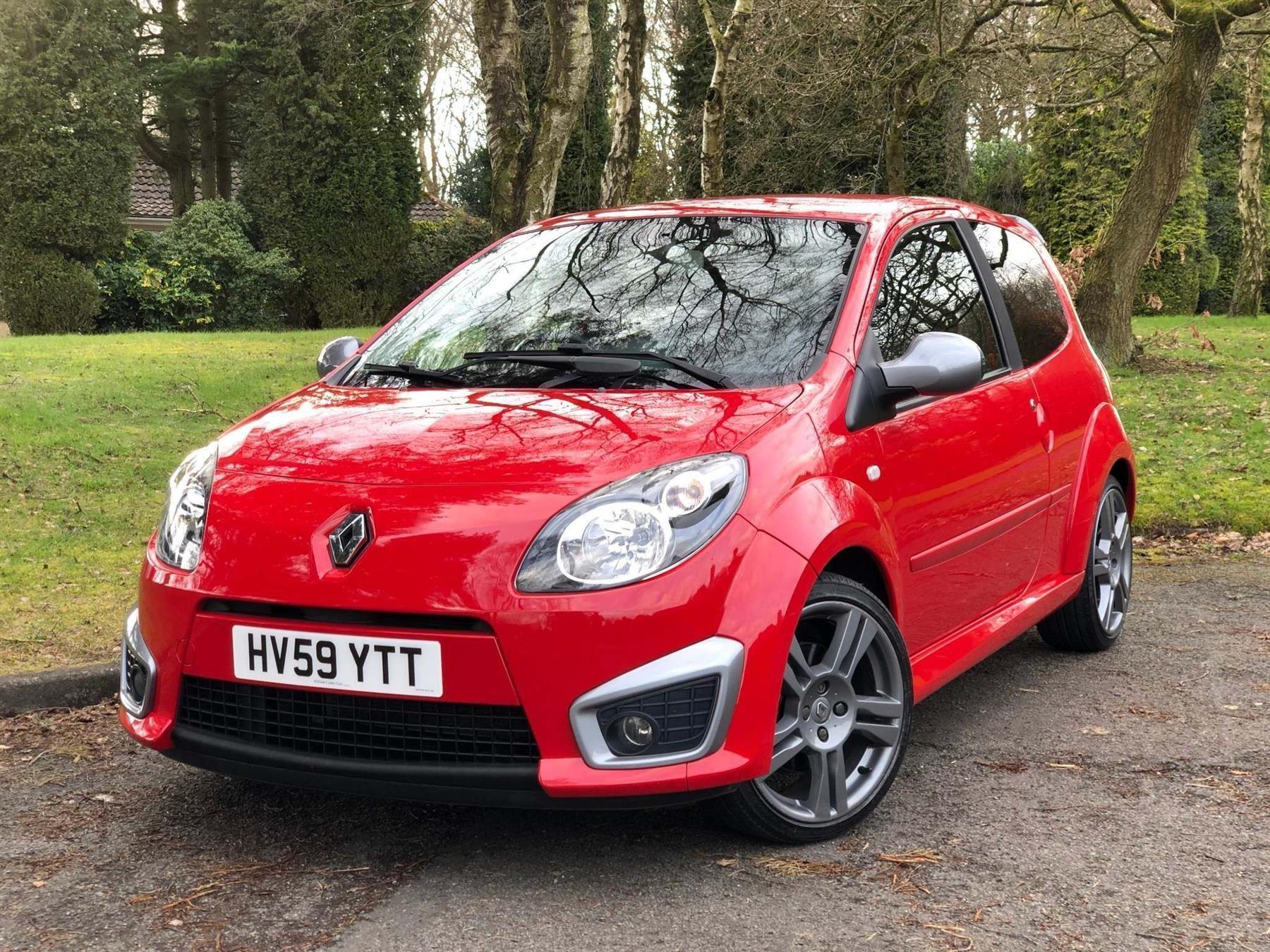 The Twingo was always rough and ragged. Now it's dirt cheap

ClioSport Club Member
Several
I'd also be thinking about a 197. A bit heavier, but getting to be good value.

The 182 is much quicker but costs loads on tax, insurance and fuel

The 133 is a great fun daily with great mpg and low insurance and tax.

The twingo is a incredibly nimble car on the corners and the gearbox is one of the best one's I've used. Parts for the twingos are more expensive than 182 parts but the twingo is much easier to work on. 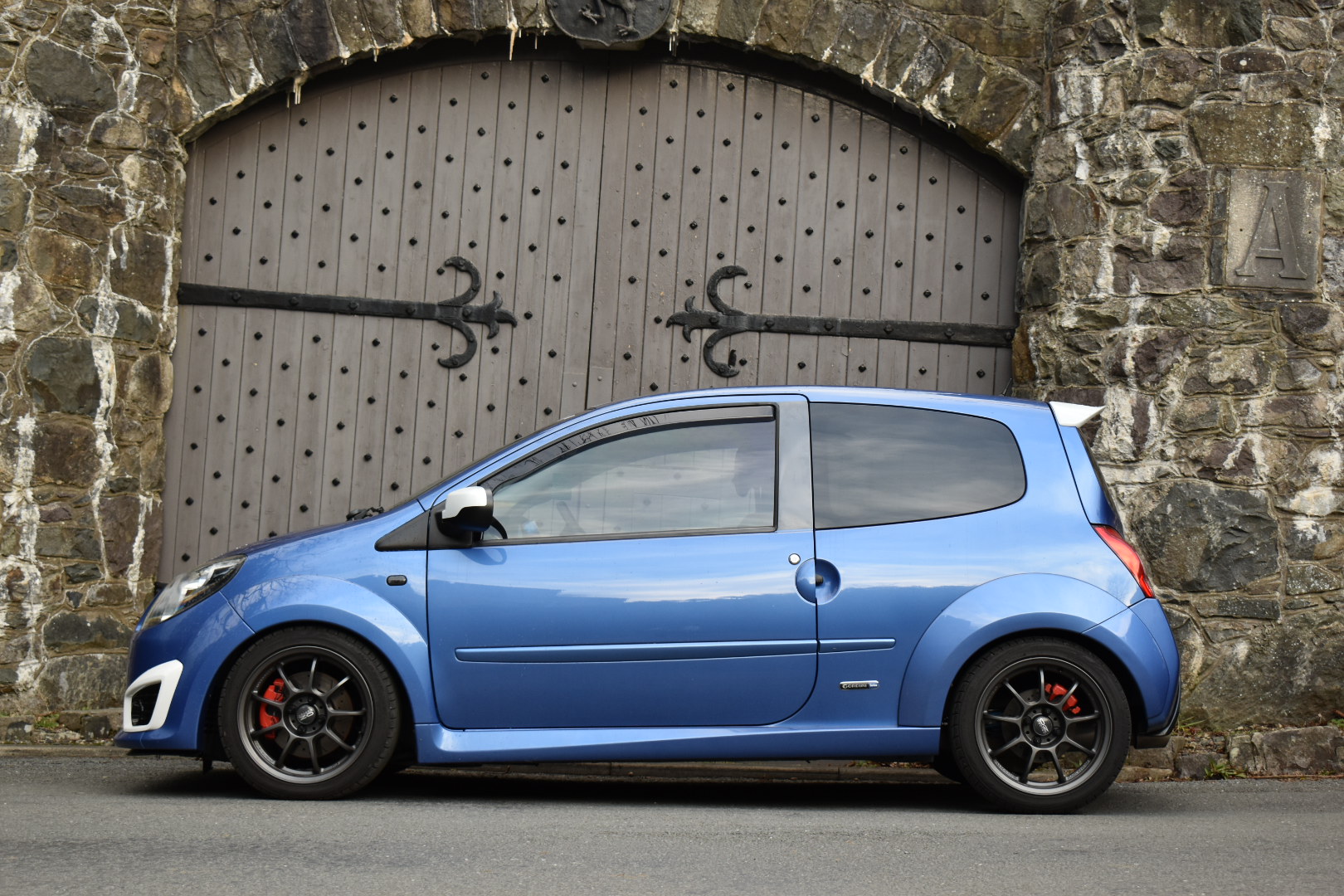 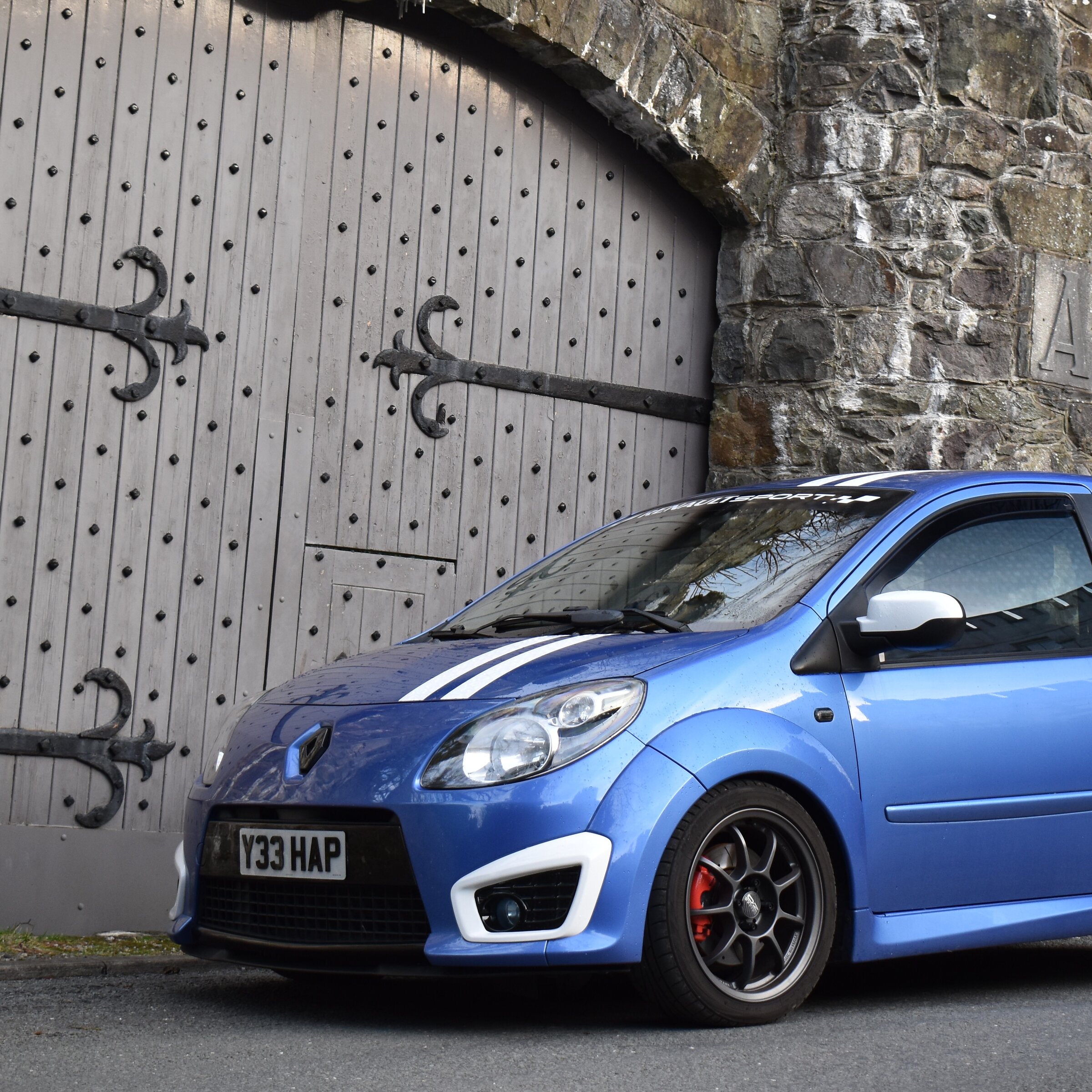 only reason I got rid was cos I was doing 100+ miles a day and didn’t wanna put the miles on it
but it was an awesome daily and I’d get another one for sure. And they are deffo bigger than you’d expect (maybe not for rear passengers but cargo space)

personally I would consider a Ph1 over a 182, my partner has also owned and used a 133 competitively and driven various 182s and they didn’t do it for him. He now dailies a Ph1 (and I did not pressure him into it, his choice) but it doesn’t have cruise etc due to age, depends if that’s a factor for you

I definitely think you can get a great 133 very cheap at the moment, sadly they aren’t particularly desirable cars (warm hatch status and “french” probs doesn’t help)

maybe drive one, coming from a 106 you may feel they are a similar feel

ClioSport Club Member
182 RaceVan
Just shoes how different opinions can be, I found the twingo gearbox horrid, as with all the modern JR5 boxes.

I think an Elise would be better to live with daily

As a toy though, spot on. I'd have a 197 over one every day of the week though. Running costs are another league with them though lol

Swift Sport
Not attempting to sway the OP as he clearly wants a Renault, but I think a Swift is a better package than the Twingo. Nicer gearbox, generally better built, no cam belt...
I

Mr Burns said:
Not attempting to sway the OP as he clearly wants a Renault, but I think a Swift is a better package than the Twingo. Nicer gearbox, generally better built, no cam belt...
Click to expand...

I've been through everything and the only cars i'd consider are the RS Clios or the RS Twingo's. It would be a daily, too. My 182 had CC but I never used it. No doubt i'd have to try a 133 first to compare.

ClioSport Club Member
Twingo 133 Cup,
I own a Twingo and it's good fun in a old hot hatch way. It's also a cup so has no aircon, bench rear seat, 2 speaker CD player and that's pretty much it.
It's been totally reliable even with the 163 kit added. Rear springs snap, bottom arms are expensive dealer only items (look for the updated part number starting with a)
Cambelt is same price as 172.
I personally don't think the ride is bad but its better on smaller wheels with a taller side wall. Sound nice with a free flowing exhaust. It is a more focused drivers car than the swift for a blast. 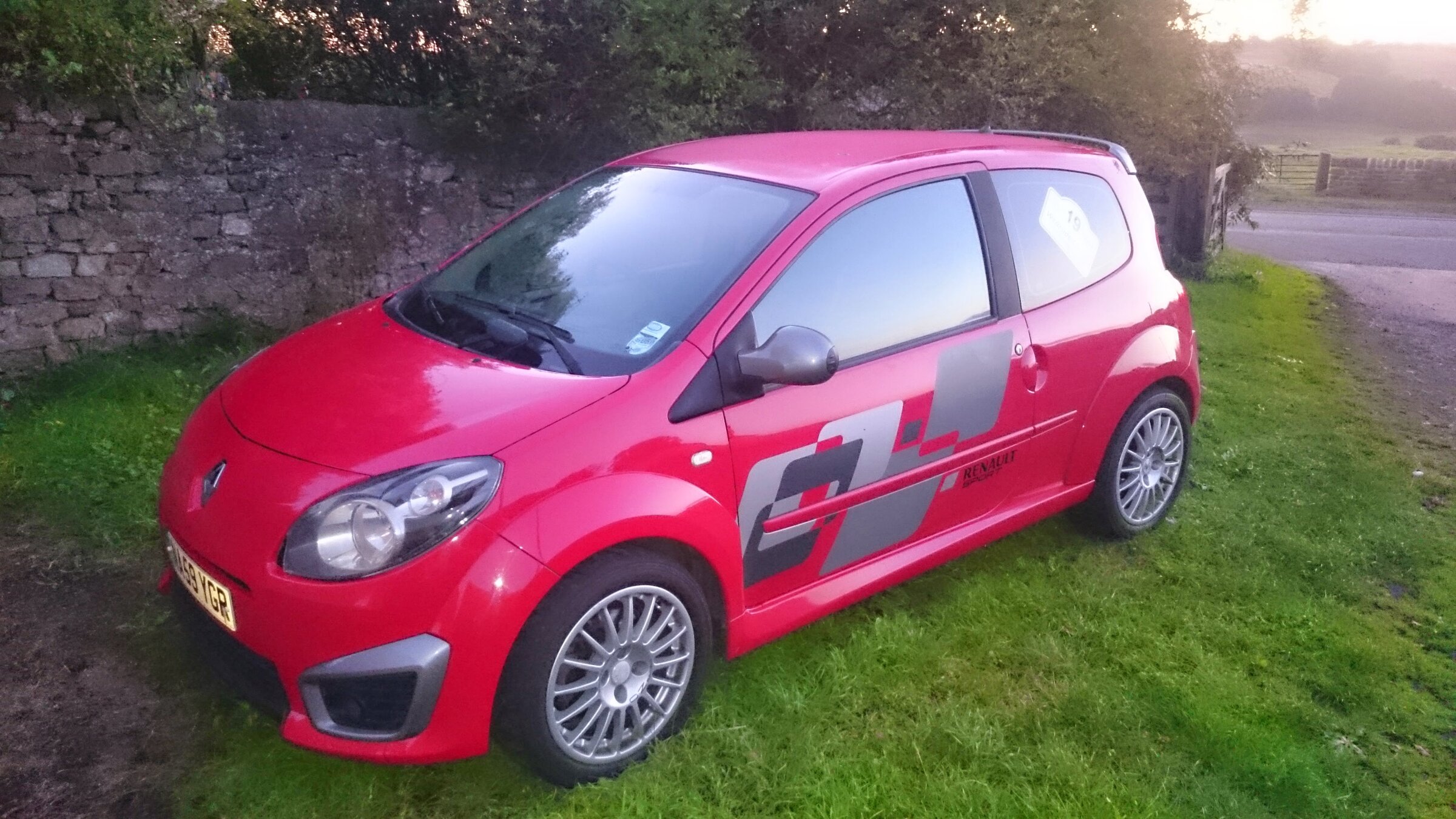 Swift Sport
225 is a good shout, especially a late one with the revisions.
L

I have owned a 133 for 4 years now, its been 100% reliable just been motd with no advisories. Mine is a 58 plate with 32000 miles. I love it! Its not quick but if you want a car thats got straight line speed then the clio hasn't either, just get a turbo something and get it mapped. Getting performance parts for them is not great the clio is way more popular, I have been thinking about swapping for a clio 200 just for a change.
Both are ace cars I think. Good luck in your search!
You must log in or register to reply here.

A
New member looking for a Clio sport