LY 182 FF
Hi all,
I've recently purchased my ph1 172 in silver off of my best mate.
He bought it provisionally as a winter car, but changed his mind when offered a 197 for a good deal!
So anyway, the car has been stood for almost a year. It's had 2 previous owners, one being my mate, and has got receipts for everything it's ever had done!

So yeah, I don't know a great deal about them just yet, but i'm looking to change my fortunes of constantly changing my cars, and ending a bad run with this 172, which I think, with some work and loving, could be a bit of a minter!

The bodywork is good, I dont think it's been polished for a few years! But there's no dents, scratches or anything really.

I've got a few plans for it already, as it's standard apart from being sat on some speedline turini's that were put on off my mates 182. Oh and a ph2 rear bumper.
That, for now, is my initial plans for my clio, I haven't driven her for very long, but already I'm feeling a bit attached to her already!
I also apologise in advance for my naivety with clio related subjects, as I said I am mechanically minded and good with tools, however I know very little about Clio's!

I'll post some pics up within the next couple days, as I haven't really had chance to take any of it yet!
Cheers!
Dave
T

LY 182 FF
Here's a couple pics i took earlier, while the rain stopped!
I'll take some after she's had a good clean soon as the weather allows! 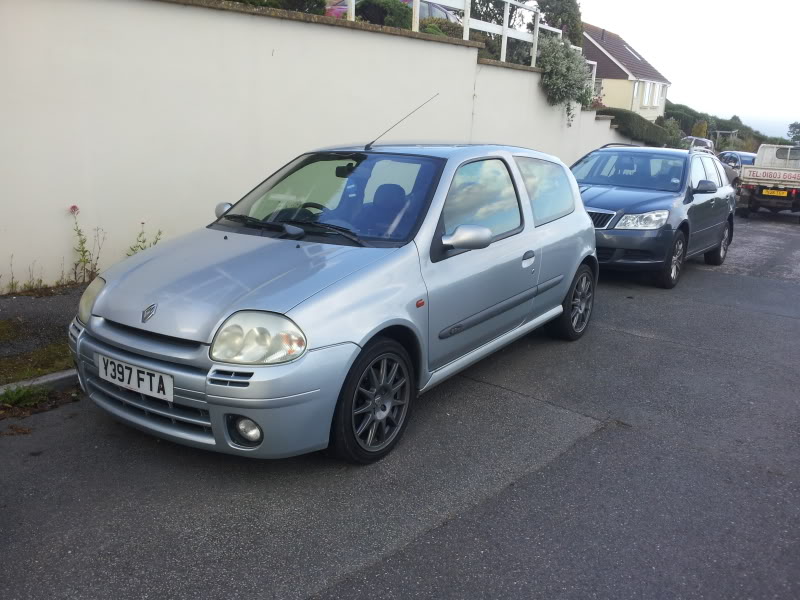 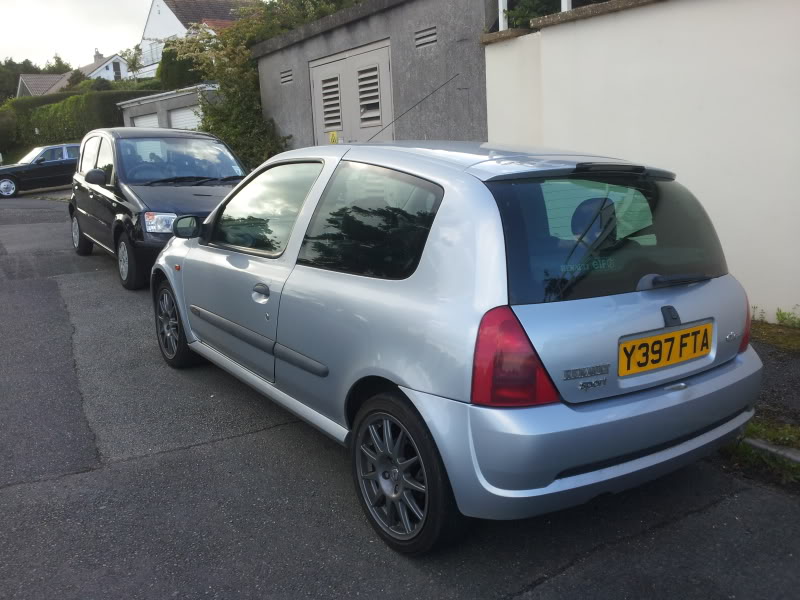 306 GTI-6
Thats nice. Best look imo, aggressive ph1 front with the nicer ph2 rear bumper. A ph2 dadh would make it perfect to me, but jave no idea how difficult /easy /or possible that is

Welcome to the club
D

geordieracer said:
Thats nice. Best look imo, aggressive ph1 front with the nicer ph2 rear bumper. A ph2 dadh would make it perfect to me, but jave no idea how difficult /easy /or possible that is
Click to expand...

What is a dadh? Sorry mate, as said, not clued up on all this just yet, wasnt sure if it was a typo or what lol

LY 182 FF
Ah right lol, yeah I did wander about doing that, they're much nicer but that'd be something for the future.
Can anyone tell me what the score is with the remap i was talking about? My mate had it done by JMS, but he's told me they've stopped doing that now, does anyone do it now?
You must log in or register to reply here.