hi folks, just joined the site so i can get some advice for my new clio, bought a 1.4 16v, dynamique, 2003 spec, already at war with dealer after they told me that "Renault dont make touch up paint"......mmmm...no comment! So called their other branch got the part number and asked the tw*t who dropped the line on me what his problem was! end result was touch up paint delivered to door in 3 days.

Based down in Ayrshire, Scotland so would be interested in hearing from any other clio owners down that way.

Got a few questions to ask so i hope i am okay to post them here.

Firstly, i understand that my 1.4 pumps out 98bhp, what performance would a k&n system do for it and would it affect (a) my insurance (b) any renault warrenty.

Secondly, my clio has a would be spoiler, have been quoted for a 172 cup spoiler from my dealer (Parks), think it was £150 for the spoiler and get this £200 to paint and fit it, could i get this done cheaper?

Just also would recommend anyone to have a look at the following site as they do the most mental paint jobs i have seen.

Are you female or male?

If you want some painting doing on your car, why dont you take it to a good paint/bodyshop which does this all day every day? A friend of mine has just had one side of her car repaired and resprayed after an old geezer drove into the side and it is like a brand new car - absolutely perfectly done by a small local bodyshop. Cash paid and good discount given.

The same guys have also painted new twin lights and a new K-Tec grille for my old Raider and it is pristine for £45 with plenty of paint and clear lacquer.

Where in Ayrshire are you Ally? There must be plenty of bodyshops in Ayrshire. Ask around for recommendations. You should be able to get a spoiler painted for about £40 especially if you offer cash, which there is no way you could do that with Renault. Keep well away from them for paintwork.
D

Cheers Girlracer, male, from Troon, that link on the page is close to me and across the road from my dealers!!!

I used to live in Largs, not far from you. I bought a 5GTT Raider from a guy in Dalry a few months ago.

That looks the place to go Ally. I bet some guys on here would like a bodyshop like that near them.

welcome to cliosport.. the k&n would really give much a performance increase but it does tend to give a bit of an induction roar..

renault warrenty tends only to be voided with regards to whats modded and what could be directly linked problem wise to the mod.

yes, you really should inform your insurance company im afriad

oh and £200 sounds like way too much just to spray and fit a spoiler.
R

Hi! I am from cumnock, only about 35 min away from you. Work at GSK which is a stone through away from sg body works. Was thinking about going there for some colour codes. You any idea what there prices are like?
B

Hey ALLY i am from East Kilbride which aint a million miles away from troon-i was actualy working there for about 2 weeks last month- its for a survey company and u may have noticed your wee town crowded with tons of people in yellow jackets by the roadside!

I did notice quite alot of modded cars about that area- hav u done much to your clio yet?
0

Hi Ally welcome to the Scottish cliosport crew! Im way up in Inverness

Looks like you have made several new friends here already! 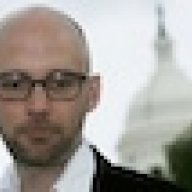 Hi Ally, sent you a email, as I am the Area Coordinator for your part of the world.
G

Sorry my mistake, your in Marks area, Doh! Im sure he has contacted you, but if not, please look under the members area and have a look at Area 15, and you will see other members in your area and Marks email address. cheers
D

Hey folks, thanks for the replies, to answer some of the questions asked here goes, re bodyworkx i am not sure on the cost of their sprayjobs put would def say go and check them out, with my clio as its only a couple of months old havent planned anything as of yet other than a better rear spoiler and of course a k&n, will wait until i have cleared my cc bill off before planning what to do to stereo, if it wasnt for my annual summer jaunt to ibiza in August i would have close to £2k to spend on her but hey its ibiza and its got to be done!

tbh you deserved it..i have a real hate for people who drive with their fog lighs on.

it dazzles other drivers and its illegal...so why do people do it!

fair enough if it is actually foggy

hi mate im from ayrshire too, sgbodyworx do some good cars but the guy is a complete pr!ck,im never goin back, took my xr2i to get an estimate for some work and he acted as if he could not be f**ked and talked to me las if i was a dafty, wont be back!!!!! at least the guy at shewalton motors takes an interest in what you want done!
C