Firstly I would like to say cheers to those who replied on the post I wrote yesterday - CHEERS!

I feel that it is only right that I let you know how I got on. The first Willy that I went to see in maidstone (103k) was ok! No rust but the front bumper had all the paint peeling off, interior was A1, 3 owners last one being a car company who had it for the last 3 years. The guy said that it had a full service history, but from 68,000 - 90,000 no histyory ? What put me off was when the guy gave me the keys to start her up there were about 7 different keys anyway started her up and she sounded Ok, no black smoke ticked over quietley but the guy said no test drive unless i had the money to do deals - I said LATER ( he wanted 3995)

Second car I went to see was in sevenoaks - Oh what a bad example the poor thing must have been thrashed from day one, half history smokey rough on idel and the fan didint even come on - was talking to the guy while she was running - told him Id be back (78,000) £4995

The third one that I went to see was in Halstead, Essex. When I got there the car was off getting valeted so unable to see it. The dealer was nice and friendly -seemed like a nice bloke - its a willy 1 (no.248 i htink) private plate, full service with all bills 60,000 3 owners last one being a lady - he said no rust , no accident damage etc. Told me to phone him today to arrange a test drive on saturday.

That was it and I managed to fit in my law lecture and tutiorials at uni. Off to see one in romford today - willy 3 68,000 1 owner FRSH £5295. and there is also a couple in Ashford for sale have to see how much time I have today.

Well Im glad youre using your loaf and having a good sniff around! As I said yesterday, you probably will find a number of things wrong after you buy an otherwise perfect car. Get an AA check on your favoured car - itll save you a ton if they find anything like gbox/diffs etc (all the things that went on my car within a couple of months).

Id steer clear of a car with over 100k miles without a full engine re-build. My flatmate has a 16v with 130k on the clock and so I know from experience what to expect! They do do the miles, but even by the 92k thats on my car, everything has basically been replaced apart from the block, interior, bodywork and steering rack. What Im saying is that the guy you buy a 90k plus car from doesnt have to replace all the stuff Ive done - but itll be far better if he has! 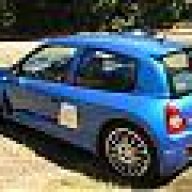 I definatly agree with Ben H here get it HPI checked, I went and saw 7 cars before I bought my 16v. 5 out of the seven had all been involved in crashes. One of them had 5 grands worth of damage done to it, I asked the bloke who was selling it if it had been damaged he said no, what a to**er. One of my mates who opted not to have his checked, as he didnt want to spend the extra cash, has had it for 6 months 4 of which has been off the road getting fixed.
A

The more you see the better knowledge you will build up about what can go wrong and what does go wrong. But in many circumstances most things can be fixed by yourself. Keep looking, its out there somewhere.
You must log in or register to reply here.
Share:
Facebook Twitter Reddit Pinterest Tumblr WhatsApp Email Link