ClioSport Club Member
This has not been smooth sailing so far. Had to order some new high profile brackets for stupid money, they are not even high enough to get the right angle in the seat due to the high bolt threads in the seat so the rear of the seat hits the mounts. Ive swaped the mounts round so the bolt holes are outside the seat, I just have enough space to the left to do this, the wheel is still slightly offset but I will grind the column mounts to get the wheel to the centre. I also have to drill more holes in the side mounts which I really dont know how to do neatly.

Anyway heres some pictures, this is exaggerated on the angle but I cant do it with one hand, you can see the bolt hole in the seat through the mount, I though about putting something in the thread and putting paint pen marker on the end so when I angle the seat it draws the line of the hole.. 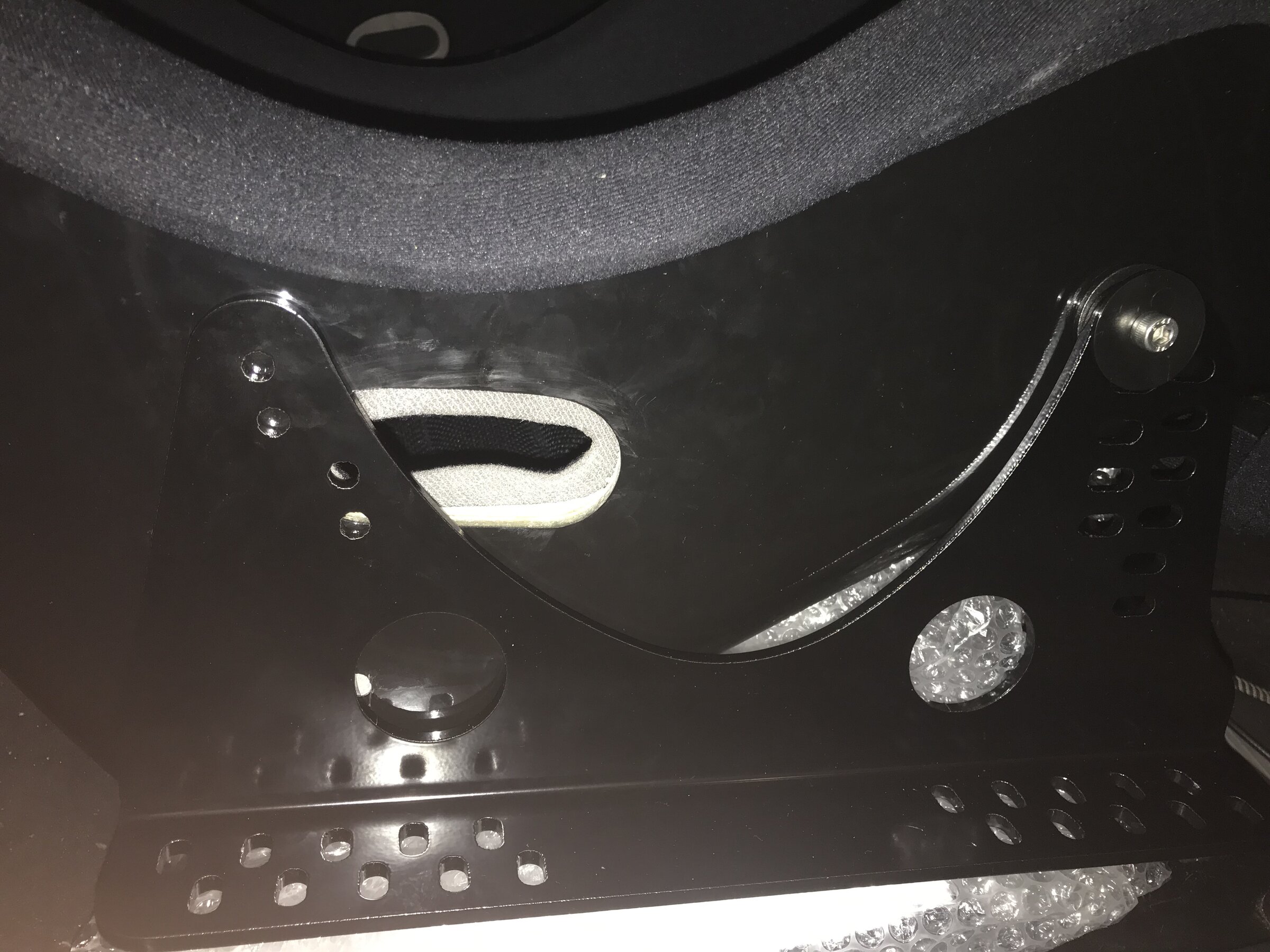 And the angle of the mounts, this is on both sides. There is enough space under this side to bolt it like this which is good, its just the subframe will have to come out to bolt the seat down. If they were captive nuts underneath then this design would make for a much easier time bolting the seat down. 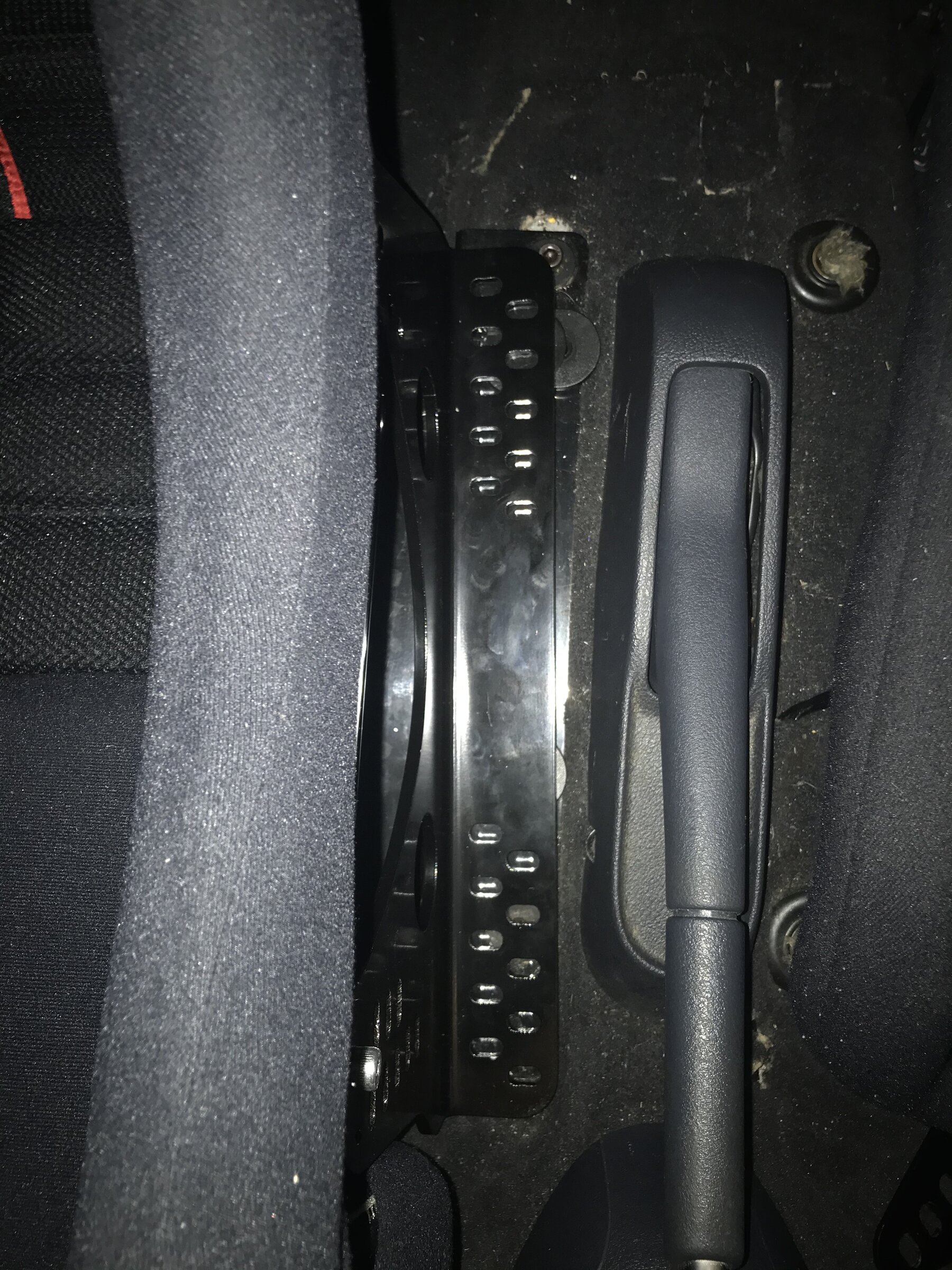 And this is what the seat kinda looks like, the red is a spacer I had to put in to originally clear the mount from the side harness plastics, ive taken them out anyway as when I sit in the seat there would be no give so I was clamped in by the plastic. Also one of the threads I think its the rears, bolts in at a funny angle and theres a gap between the bolt and the mount. Really bad design.... 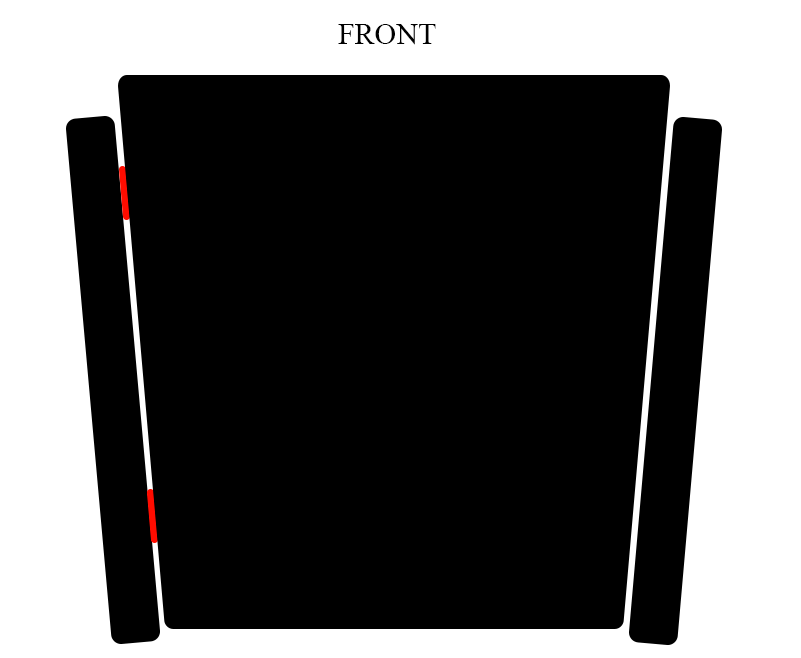 So anyone with sabelt taurus or titan have you had these problems and what did you do?

ClioSport Club Member
I've got a Sabelt GT3 seat in Large which think is just older version of Taurus/Titan with Jon Foz xlow subframe and low Sabelt side mounts (no runners). I built up seat, side mounts and subframe out of the car (at furthest point back without elongation of any holes on subframe) and then bolted subframe down last, after taking spacers out.

I'd still like to move seat back a touch more but happy for now until next time under the car might take it back. I've got seat back very near vertical too, can unbolt seat in situ as have done to change angle but its very tight.

In terms of offset it is slightly right as shown in picture but that's butted up left as far as can on xlow subframe. I think from memory side mounts at rear were pinched in as bolted to seat, might be more noticeable if you've got taller side mounts?

ClioSport Club Member
@jp_lcr See part of me doesnt like the idea of the mounts folding in to the seat, although someone might be able to answer to that.

Im going to have to drill new holes regardless so I can have them crooked like that but it doesnt look great.

ClioSport Club Member
Yeah think it only 3-4mm maybe on mine but might be more if you have taller side mounts.
U

ClioSport Club Member
Ive got the bolt holes for the mounts covered now. Will just need to get the seat bolted up at the right angle then measure where the subframe needs drilling, well also how Im going to space the mount on the right, alloy box section?
You must log in or register to reply here.