Thank god for my breakdown cover

ClioSport Club Member
BG Clio 182
After having breakdown cover for 4 years since i passed my test, yesterday i finally had to use it. After spending the weekend in Cambridge for Flying Legends at Duxford, i had a sudden huge car puncture the car startred vibrating badly and it was very scary to say the least.

I was on the M11 and still over 100 miles or so from home when i was confronted by this: 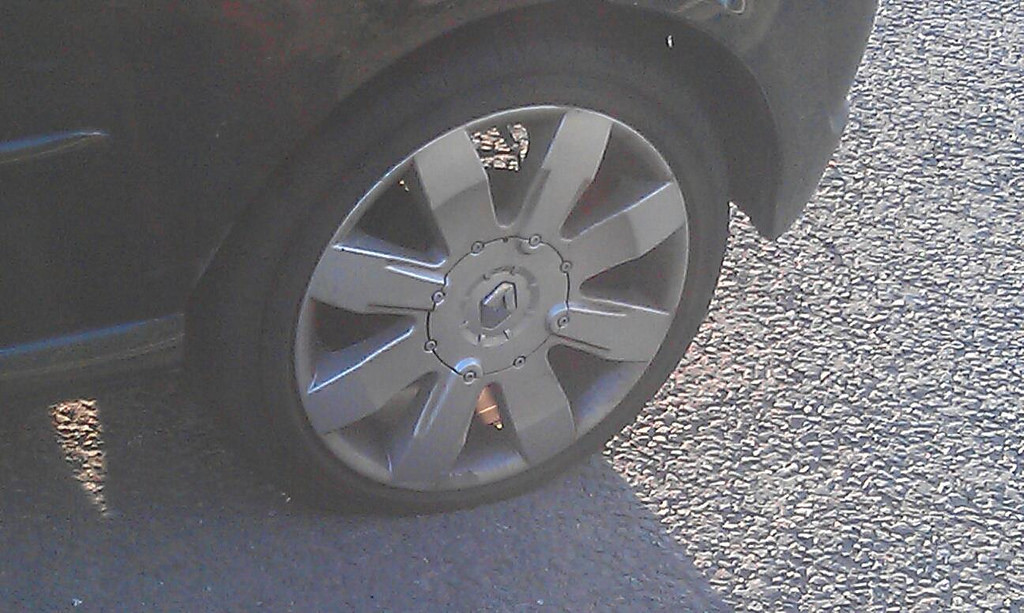 A complete and utter tyre failure the whole tryre had split, scary as hell. Rang my breakdown cover then realised i didn't know where i was thank goodnes my Sat nav told me where abouts i was so they despatched somebody to me, 45 mins they said. Well 45 minutes came and went then i had a text from the recovery company confirming everything i ramg them and they said i would have to wait another hour.

Now bear in mind im stood behind the barrier on the M11 with my car on the hard shoulder freezing cold, i wasn't happy. Then the driver told me he didn't have enough hours so he dropped me at Clacket Lane services where another truck took me the rest of the way.

I left Duxford at around 7.00 last night and arrived home this morning at 12.30 am. A journey that should have only taken two hours tops.

Then had to pay out £200 for two new tyres to replace my rear tyres from a mobile fitter. I dread to think what could have happened, as well as how much it cld have cost me if i hadn't got breakdown cover.
Last edited by a moderator: Jul 2, 2012
T

GT86, 335, Westfield
Me and my friend drove to Spa in Belgium. On the way I insisted that he bought breakdown cover.

He managed 4 laps before the engine went. The bill was over £2 to get the car back.

Mk4 Mondeo Estate
This is exactly the reason I wouldn't have a car without a spare wheel.

TTRS & V50
I had mine picked up from Inverness in Scotland and taken to BTM a few years back, I was impressed with that.

Terzo204 said:
Me and my friend drove to Spa in Belgium. On the way I insisted that he bought breakdown cover.

He managed 4 laps before the engine went. The bill was over £2 to get the car back.
Click to expand...

Caterham 270R
Fair play for not losing control of the car.......
You must log in or register to reply here.

B
New owner with lots of questions