My MOT expires in just over a month.

Going to try and book it in within next week while I can and MOT’s still taking place.

I’ve had warning lights come on last few weeks (ABS, Serv, Traction). They go out when turn car off but will come on again.

Likely an ABS ring (front/rear) or brake light switch which I think it could be.

Would this be an MOT failure having these lights on? 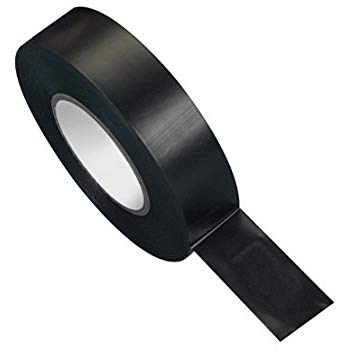 2014 Clio 200t edc
As said above it will do sadly, but I’ve just had my mot cancelled this Saturday and most mot stations by me are closing. Hopefully you can get it in somewhere.
H

monaco 172
If the light comes on and remains on before you start moving it won't be a ring, it's more likely an abs sensor as the dodgy sensor will likely have an incorrect resistance and flag the fault straight away

If it's a ring it would usually come on once you start moving once it realised the ring is buggered.

Needs plugging in really, but if your handy with an oscilloscope and voltmeter it's pretty easy to work out which one is dead

But in answer to your question, if the light comes on during the test other than just after you start the engine and goes out, then yes it's a fail 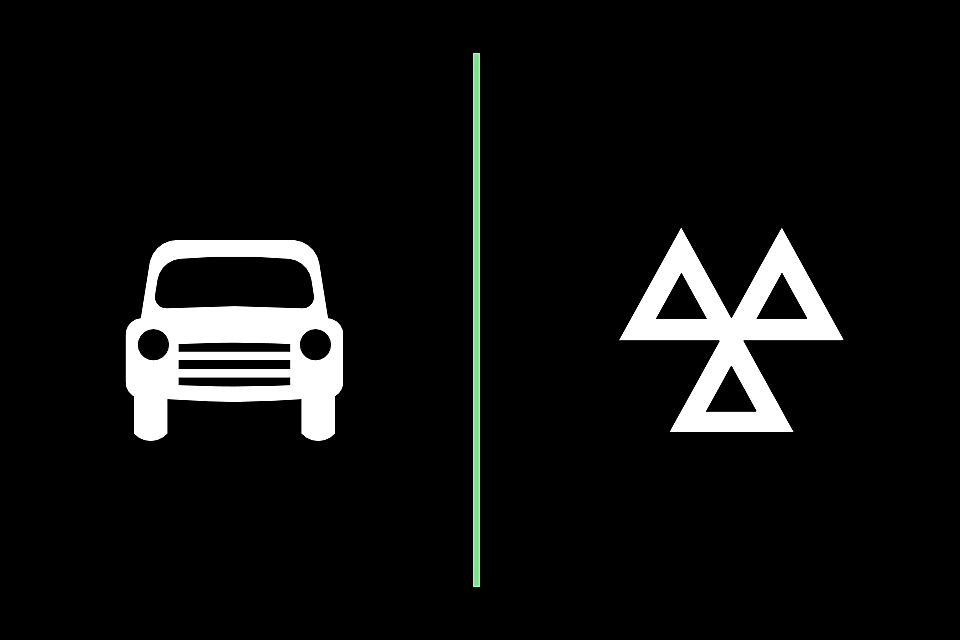 Temporary exemption will enable vital services to continue, frontline workers to get to work, and people to get essential food and medicine during the COVID-19 outbreak.

I could be wrong but thinking if it was a break light switch your break lights would not work.

MarcB said:
@Ash J could be a ABS Sensor along with ABS ring or brake light switch

I could be wrong but thinking if it was a break light switch your break lights would not work.

I had to change 3 ABS sensors on mine as all where goosed
Click to expand...

Thanks for the reply Marc.

I changed the brake light switch yesterday as it was only £15 for a genuine one and worth a go. Hasn't changed anything though. I would say my brake lights seem to come on too late though, so will have another look at adjusting the switch to see if I can get them on earlier, but that seems to be a separate issue.

I now have the SERV and Traction light on as soon as the car starts up though, they never go out (was the same before I changed the switch). Then, as soon as I start moving, the ABS comes on too. Although this morning after initially moving off, I reversed back and ABS light then went out.

So the ABS light is intermittent, and goes out everytime car is turned off and started again. SERV and traction are always there.

Thinking it could be an ABS sensor. I have two new driveshafts to be fitted soon, and new rear discs too, so that would be new ABS rings all around at least, just leaving a sensor then.

I purchased an iCarSoft diagnostic reader yesterday so when that arrives am going to plug it in to read the fault codes.

The only slight positive is I will now have another 6 months on the MOT under the new extension they are rolling out, so no immediate rush to sort it.

ClioSport Club Member
Too Many
Make sure your diagnostic does ABS / Airbag as some don't have the module and only do engine management.

If you are friendly with someone in a garage who has a good snap-on or Autel diagnostic tool they will pin point it to what wheel is causing the problem.

Im betting its either ABS ring or sensor , You can check the rings if you want to get wet and dirty rolling around the floor. A split / cracked ring will be visible and it will help you pinpoint the issue.

ClioSport Club Member
Titanium 182
The icarsoft will read abs faults, I have one.

ClioSport Club Member
Clio 182
Sounds like a sensor to me you can usually feel the rings through the pedal if they've split.
P

2014 Clio 200t edc
Have a visual check of the wires for the sensors. My old 172 had this and it was a broken wire to the sensor on the drivers front wheel. 30 minutes with a drill and new one cured it all.

ClioSport Club Member
Inferno 182 Cup
Mine had a cracked ring and never threw up any faults. It did kick the abs in under 30mph though.

ClioSport Club Member
Sunflower Ph1 172
Still having issues with warning lights on the dash - ABS, Traction and Serv; the ABS one sometimes doesn't come up when I restart the car, but then does if I move.

Photos below show some of the codes I have been getting - mean anything to anybody?

Normally get a different code or two each time. I played with the settings/clicks on the new brake light switch, and think I am getting different codes as and when I change it. Currently got it set so lights come on virtually immediately when brake pedal pressed, is this correct?

Also, noticed my ABS sometimes flashes and flickers when I have the fault reader plugged in. Normal? 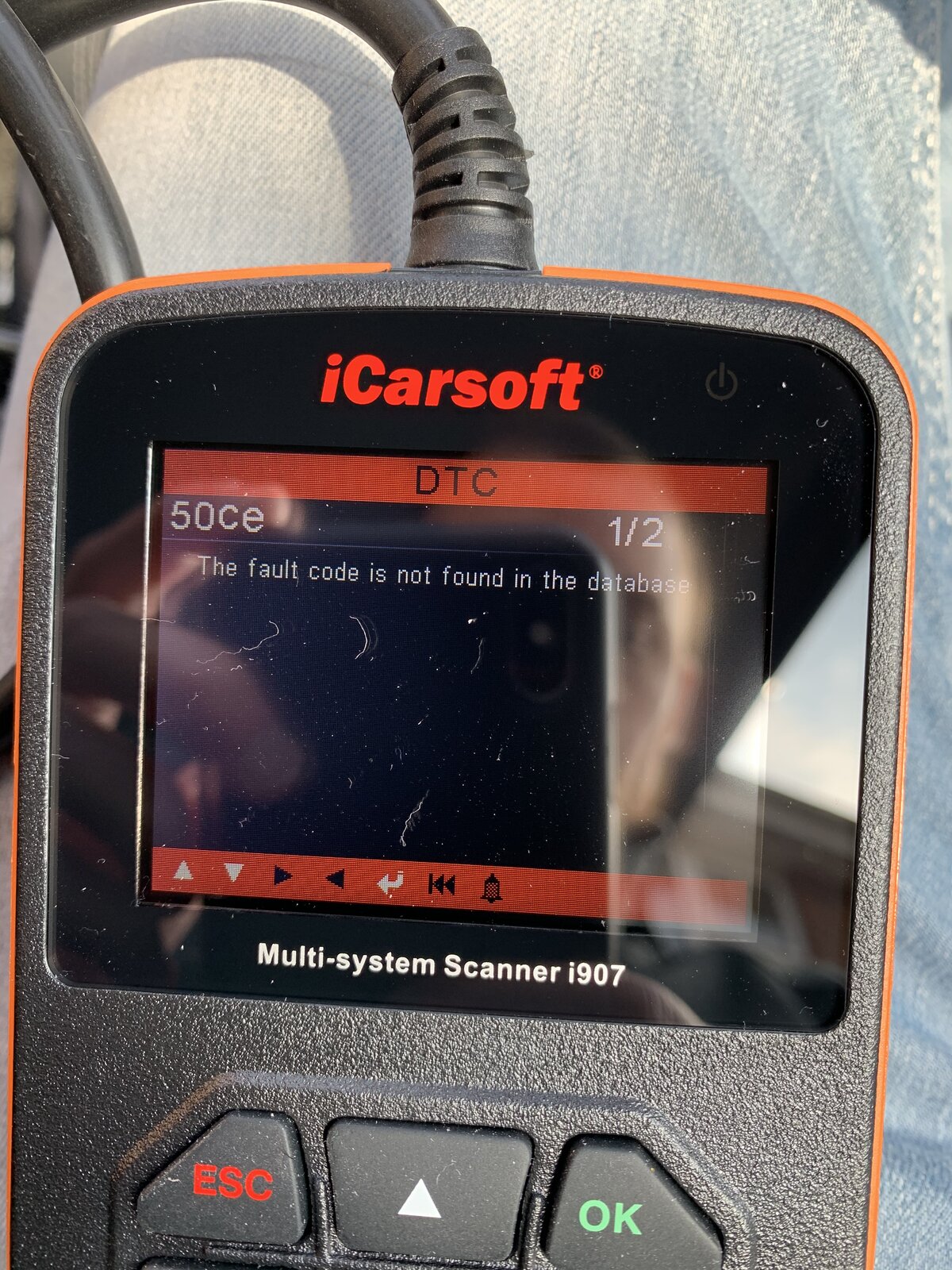 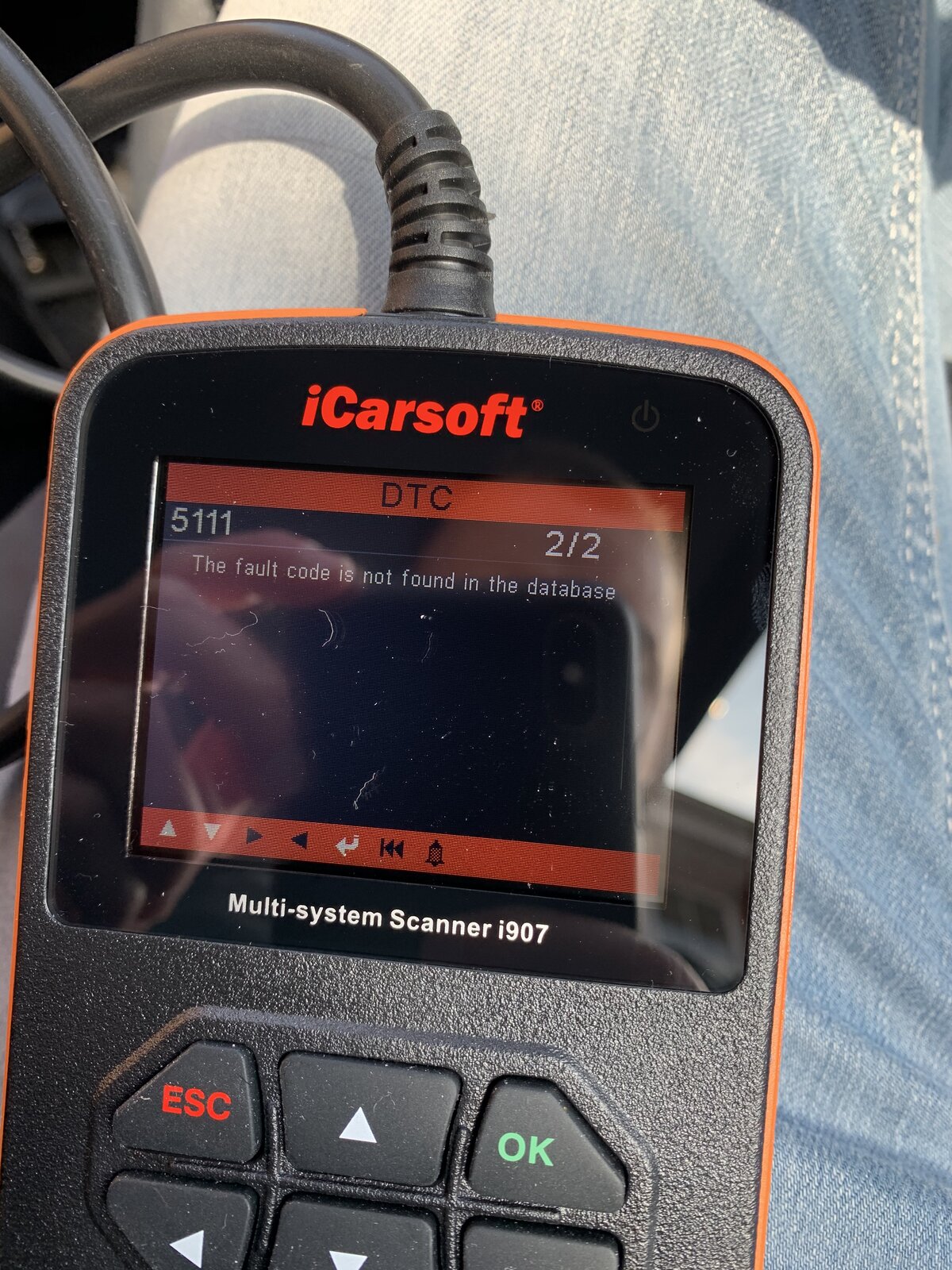 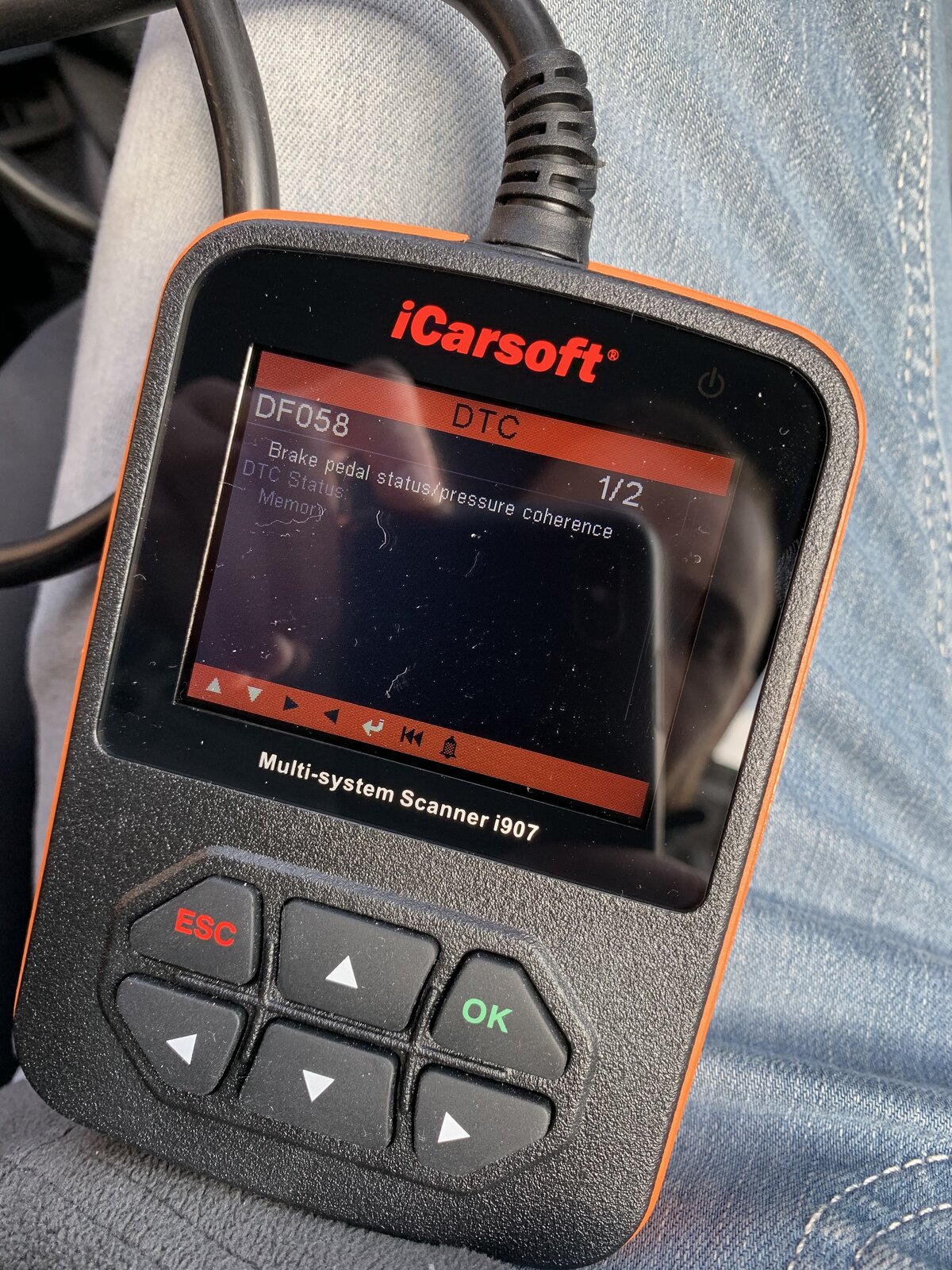 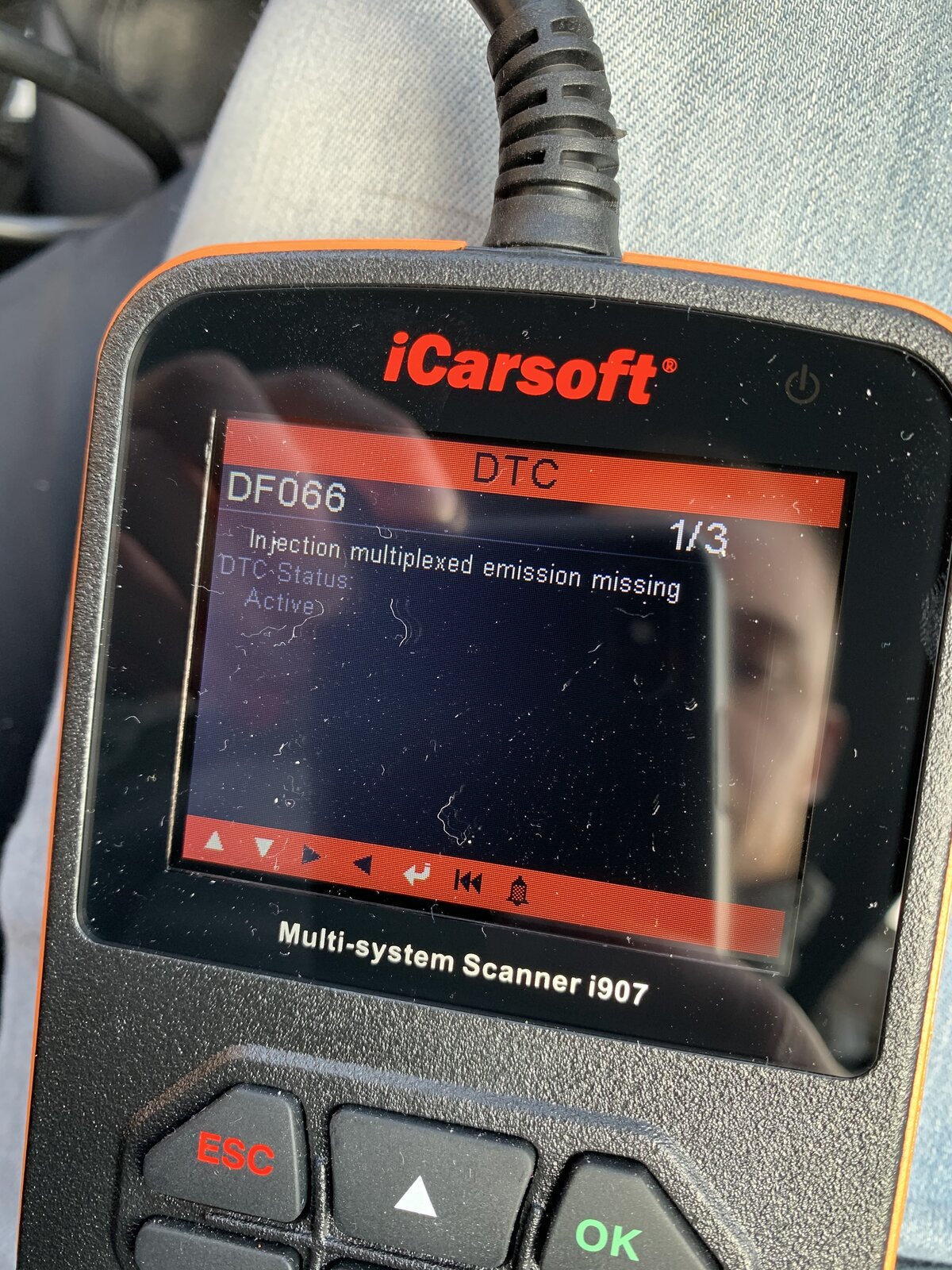 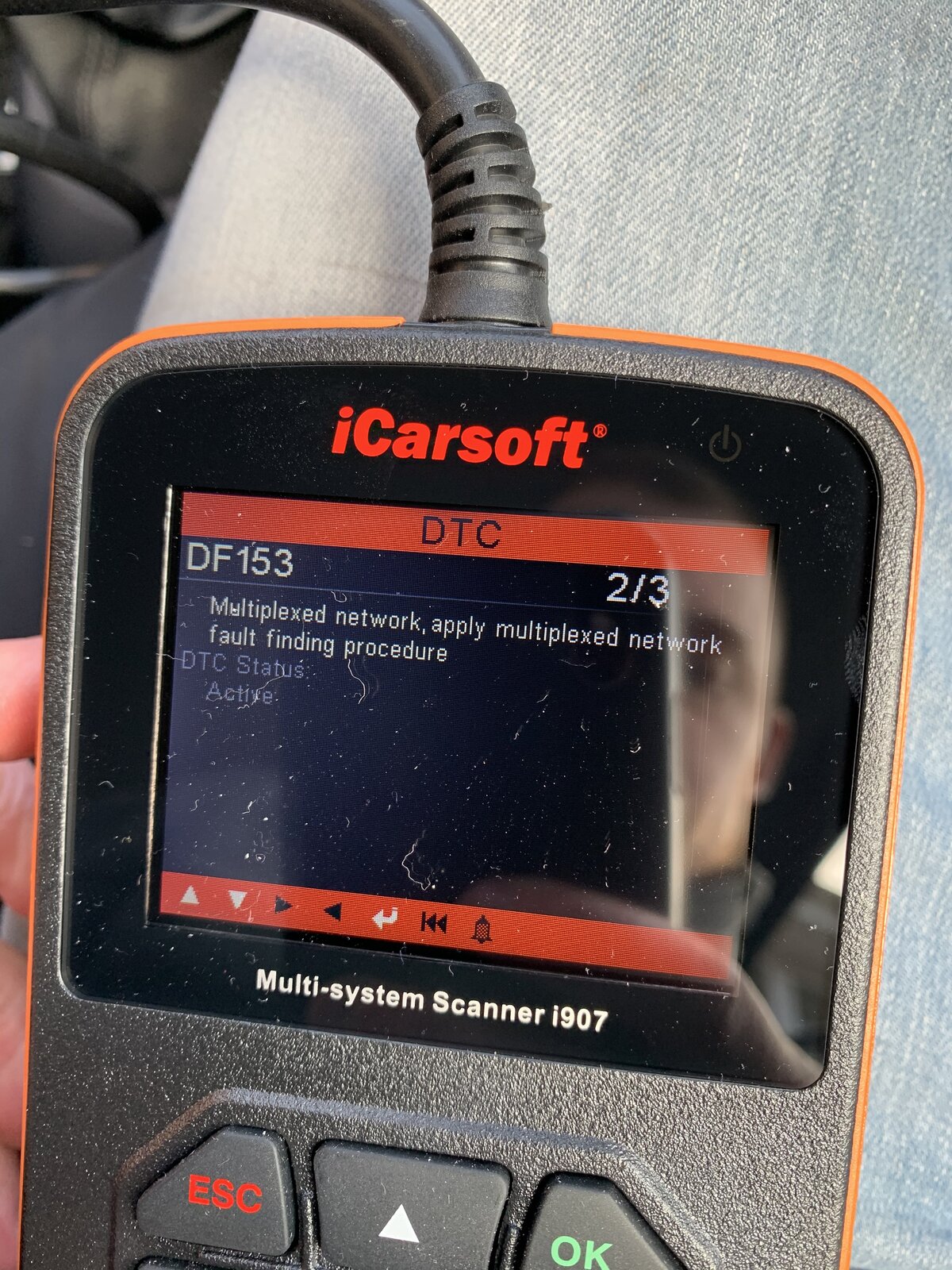 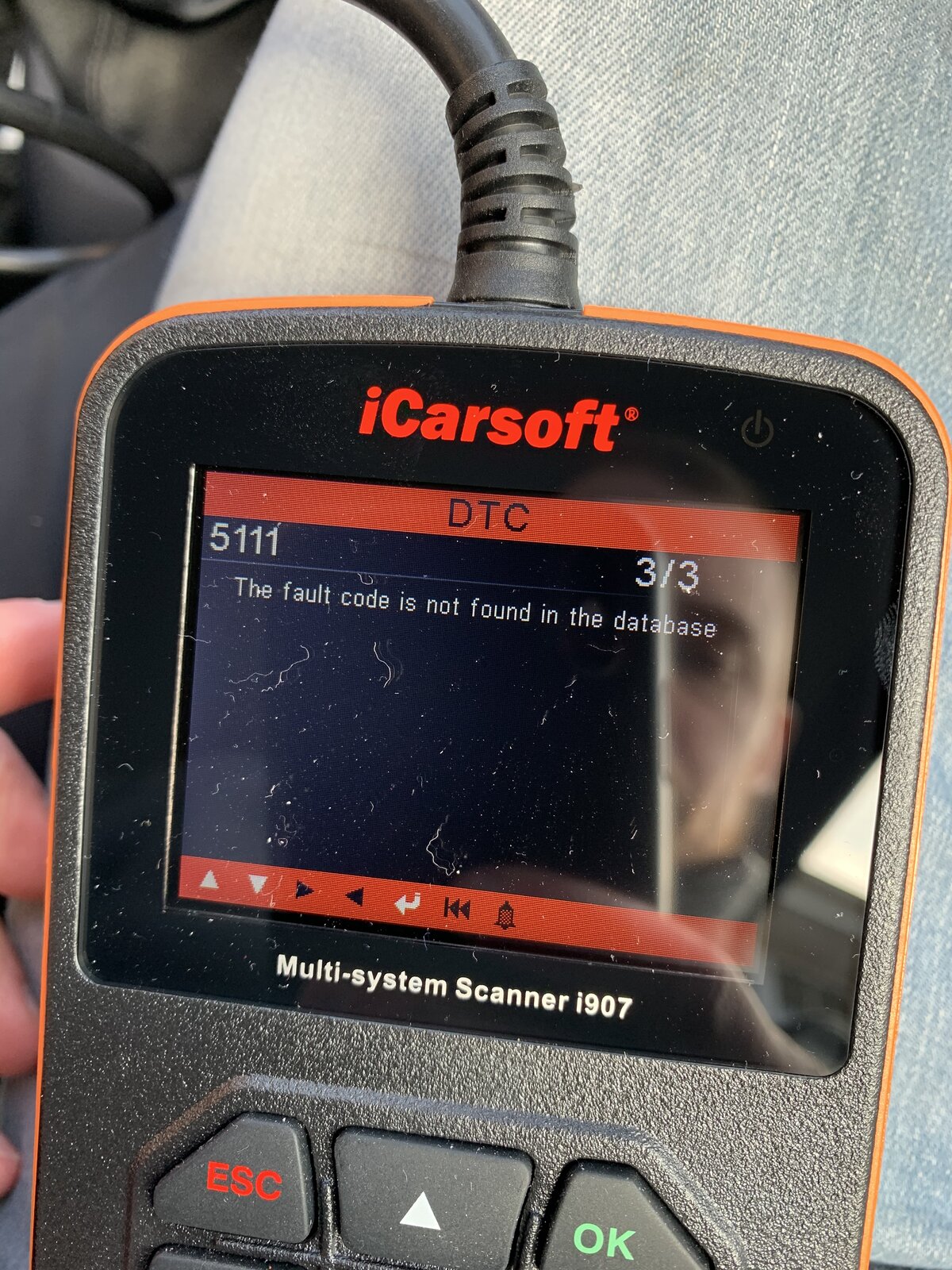 monaco 172
Set the brake light switch so that the lights come on after a small amount of travel on the pedal.

If they come on too soon but doesn't detect any braking forces then the light will come on, likewise if it's not sensitive enough it will detect braking before the lights come on.

ClioSport Club Member
Sunflower Ph1 172
Just thought I would update this to say my ABS warning lights have now been sorted.

When I swapped my steering wheel over, I forgot to plug the steering angle sensor back in properly

ClioSport Club Member
Mazda 6, Cayman 981
I still have these same three lights after taking my wheel off. I’ve had it on and off more times than a whores draws!!

Glad you found the fault and it was easy!!
You must log in or register to reply here.

What have i done? Dashboard warning light