Who else has O2 issues?

Here is a copy of the letter I wrote to them, as it's easier than retyping!

She has been left with a very bitter taste in her mouth due to an ongoing problem with the service, or lack of, she has received.

It started back in November 2013, when she moved address to my parents when her signal became non existent, phone calls would fail, drop, or not come through, text messages would come through upto 24 hours later, and the mobile internet was unusable.

She contacted a local store in February where she was told that service was interrupted due to maintenance and upgrades to the systems, and that this would be on going for a few months. A few months past and it was still the same story. She then asked locally on Facebook if other people were experiencing difficulty using O2, of which there were a number of people saying yes. So assumed this was still the maintenance issues.

We have since moved address in October and the issues have been the same. She then contacted O2 in December and questioned the issues. She was then told to back up the phone and update it, (she also asked if this was possible via an iPad, the operator confirmed this was possible. Which is not correct. I must question the advisors suitability to the role if they are giving tech advice that is misleading.) she was the advised that O2 can have a look at the device but the initial inspection would be chargeable aswell as any repairs as the device was out of warranty.

She then backed up. And did a fresh install, which if anything made the issues worse. We booked an appointment with apple, who confirmed that 40% of calls were failing in the last 30 days. There are other issues with the phone, but that's not what I'm contacting about.

The main thing is that because she was fobbed off for over a year with "maintenance on the network causing signal issues" she is now left with a phone that works 60% of the time at most, that's now out of warranty, and the cheapest way out is over £200.

She pays her monthly bill, on time, every month. For a service she does not receive for 40% of the time on phone calls alone. If we base it on 30% mobile internet, 40% texting and 30% phone calls.

She receives;
30% of her mobile internet.
60% of her phone service
50% of her texts, (she received them all but heavily delayed)

She has now had enough and went to see an advisor today in street, who then proceeded to lock her account so he couldn't do anything anyway! But she has been roughly advised that there is a cancellation fee of around £280. In reality as she has been over paying for the service she hasn't received by a grand total of £289.08 she is actually clear of paying off the contract.

I would like this issue resolved very quickly as she is currently without a phone, which when 39 weeks pregnant is actually quite an important lifeline.

She's since spoken to an advisor who has offered a replacement handset, but realistically she just wants out of the contract and to get one elsewhere now.
A

Golf 7R w/ DSG
Not directly with them, but I'm with GiffGaff and it's brilliant.

Better reception for me than even when I was on T-Mobile, and being a fixed monthly cost no issue of extra cost either :]

Does sound s**t, but I imagine most of them are as bad as each other. My time with 3 was good, but it was a nightmare if anything went wrong, CS was s**t/non-existent, and the same I'd say for T-Mobile too.
D

07969 124504
I agree most people will have had issues with someone. We can be sat beside each other and I'll have 4g (on EE), she'll be on GPRS. Try phoning her and it'll go to answer phone. Then 3 hours later a text message saying I'd phoned and went to voice mail lol.
A

Golf 7R w/ DSG
LOL that does sound amazingly s**t, has she tried another simcard on her phone? Could possibly be the phone (unlikely but you never know). 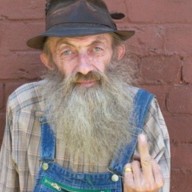 Put in the letter that this is stage 1 of X for the Ombudsman approved process, and see how you get on. I doubt very much you'll have to get past stage one to get you out of the contract, if it's a genuine complaint.
D

@Addicted we now know it's a phone fault, but the main issue was she was robbed off for so long with them saying it was a network issue that her phone is now out of warranty and no one is willing to take responsibility for this, instead leaving her to front a bill for a replacement handset.
B

ClioSport Club Member
dan's cast offs.
i got really confused, started reading this thinking it was about lambda sensors!!
D