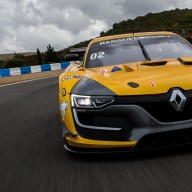 ClioSport Admin
Clio 4 R.S.
Originally planned in August, the highly anticipated return to Silverstone for the World Series by Renault has to be postponed for a week. It is now scheduled for the 5th and 6th September 2015.

This delay results from the decision of MotoGP organisers to use their option to race on Silverstone on 29 and 30 August, instead of going to Donington Park as it was planned on the draft calendar.

Silverstone and Renault Sport Technologies will do their utmost to make this event a success both for the fans and for the competitors.

Patrice Ratti, Renault Sport Technologies Managing Director: ‘‘Through our close relationship with Silverstone, we have been able to quickly find a fully satisfactory solution. This will allow the passionate fans to come in droves on 5 and 6 September to attend this comeback in Great-Britain which gathered an average of more than 100.000 people on the last editions.’’
P

Golf 7R w/ DSG
Sounds good to me either way, looking forward to it. Shame it's not been on recently, but oh well.

It was always a fantastic day out before, purely as it was free - plenty to do and watch too imo.
C

Megane 225 f1
Swweeeet! Glad wsr is back! But also glad motogp will be at silverstone!
B

clio sport 172
We really wanna go to this and have are cars on display. Is Clio sport going as a stand. Or just general public
A

BLUE-STORM said:
We really wanna go to this and have are cars on display. Is Clio sport going as a stand. Or just general public
Click to expand...

It's general public, and free, so no chance of any stands . 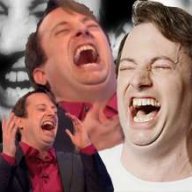 ClioSport Club Member
clio 172,2001
Just a quick update on this...you will have to pay to go to wsr at Silverstone...
A

boomerbang2006 said:
Just a quick update on this...you will have to pay to go to wsr at Silverstone...
Click to expand...

ClioSport Club Member
clio 172,2001
The WSR Website....went to order tickets and there is a special link for silverstone....early bird tickets are £8 each....£10 thereafter.
A

Golf 7R w/ DSG
Ahh - sounds ok to me tbh - will hopefully stop some of the chavs going, but not be costly enough to break the bank

ClioSport Club Member
clio 172,2001
Its a shame really because if you order for spa or hungaroring they are free.....its just silverstone were we pay.

ClioSport Club Member
Swift Sport
I heard they changed the date because it clashed with something Chip was doing...

ClioSport Club Member
Mini Cooper S
Is this worth going to now you have to pay? Was always planning to go... it's not much so probably still will. Will my girlfriend get bored lol? She was okay (just about) with me dragging her round Trax.
You must log in or register to reply here.
Share:
Facebook Twitter Reddit Pinterest Tumblr WhatsApp Email Link