I receive a call from my friend saying hes at the petrol station with my friend in his modified Pulsar (265 bhp+ on low boost) and another guy who has a modded 205 - not any ordinarily modded 205, but a 2.0 Gti-6 engined 205 on twin 48s!!! That thing was idling like a monkey having sex (with a deep voice).

Off we go, up the famous A3 slip road towards Portsmouth and at the front was the Pulsar and he boots it onto the dual carriageway, at this point id slotted into third quite early just as the 205 floors it in 2nd (gol dang it!) BUT seeing as he was in second and me in 3rd i didnt get toasted THAT badly, in fact he only pulled like 5 cars between us. But as i found out when we reached our destination he was wheel spinning like something that wheelspins a lot - as the roads were quite damp still.

Hmmmm, not sure how id do in the dry against him, but it would be an interesting out come!

Anyway, on the way home I was playing with my friend side by side in his Pulsar and we were doing about 45 ish on the A3 butser hill (aka hidden airfield) and they ring us to say what shall we do next. So i shouted "this" and floored it in third. Off i went in third gear flat out, change to fourth with full throttle gear change, no sign of pulsar (yet) and then another thrash into 5th, needle now reading 140 and oh look, whats this - the pulsar has not only caught up, but is passing quite quickly! oh dear how fast is he going? faster than me, thats what!

Anyway, the moral of the story is: dont race modded Pulsars cos you are going to lose! especially if they have a hybrid turbo and a nutcase driver on board. His revs were reading 7000 rpm as he passed me so if anyone can work that out whose a pulsar boffin could calculate his speed.

His car has gone from being toasted by mine 3 up (him 2 up) when his was standard, toasting me and staying even at top end (exhaust and filter) and now complelety toasting me! (hybrid turbo) OH dear.
S

I had a pulsar, and i dont think it was standard, and it was f quick. the speedo gave up at about 130mph so i had to figure out how fast i was going from the revs, but ireckon i had it somewhere between 145 and 150. i have a 16v now which isnt as qquick ass a 172 but its close ish, the pulsar would blow wone away. 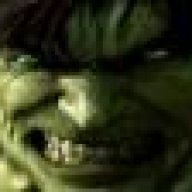 I agree, the pulsar would totally piss all over you in the dry The only chance you would have is to turbocharge your engine. (not cheap)

The only advantages that a 172 has over a pulsar is that u have better brakes and suspension!
S

and a 172 doesnt cost as much when it goes wrong.
S

and it does double figures mpg, which my pulsar didnt.

Is it true that you *HAVE* to use super unleaded in pulsars? something to do with the soft valve heads or something like that?
B

It didnt look that fast - maybe because of the wheelspin. Here are the pics of it: http://www.isitaboat.co.ukwww.isitaboat.co.uk its on the right column under "Ians 205." All I know is that its a gti-6 engine running twin 48 Weber Carbs (i bit too big maybe?). Surely the injection system of the standard gti-6 engine is good enough to make 167 bhp. He claims the output is 200 bhp. Ill race him in the dry and ill tell you the outcome.
You must log in or register to reply here.
Share:
Facebook Twitter Reddit Pinterest Tumblr WhatsApp Email Link