Everything spot on so far, changed the spark plugs a couple of weeks ago, oil and filter change too. All been fine.

Power delivery has been spot on until today. I put some fuel(momentum) in at Tesco and set off fine, got to some NSL roads and noticed the revs seem limited. Say in 2nd, it wouldn't get above 5k and seemed to hover around with power. Moving up gears keeping at lowish revs it would get up to speed no problem.

It seems to be hit and miss, it would do it in 1st gear once but another time i could max it out. Same for 2nd gear, then i would get to third and it would hesitate and stick at around 3k and feel rough ish.

It has a forge dump valve on, this looks and sounds fine when releasing pressure as it always has done. It's not stuck, its open when the engine is on and closes when i turn it off.

All the pipes seem to be on properly as they always have been. No engine management light on, not sure if a code would happen with no lights appearing but i'm going to find the code reader out and see if anything has popped up.

There seems to be an extra humming when sat inside the car coming from the engine bay, only slightly like an extra deep fan sound in the distance and the exhausts seem to not be settled like its idling a little rough but doesn't seem it from inside the car.

Anyone have any idea on things i could check?

SeatCupraK1/ph1 172
Not that i know anything about these engines but to me it seemed like it was electrical over other. Will try and dig out my code reader although i'm not sure what to look for(if anything) if it doesn't throw up a code.

SeatCupraK1/ph1 172
So i've been out for a little bit in it. Had another good look around the engine bay and everything seems to look well, coolant level well, gets up to temperature well.

Drive about one: Didn't limit on power until around 3rd gear for a couple of seconds at around 4k'ish then was fine in 4th.

Drive about two: delivered all power correctly through the gears i could get to as if nothing was a problem!

Drive about three: turned the engine off before this one, sat for 10 minutes or so, started up and went and did the same lap i had been doing. Boom, around 2300rpm in each gear i was limited on power. Was slow to get up to speed.

Drive back home: Was up an hill, set off fine then decided it didn't want to go above 1200rpm in each gear, i couldn't actually really get anywhere was it was a steep incline. Pulled onto a side street, turned the engine off, back on again and it stalled as it dropped revs when starting up. Tried again, started up fine and let me drive it fine (steadily, didn't really give it anything about 2k as i just wanted to get home)

Here are a couple of pictures from the OBD2 reader. I don't actually think it will mean much but thought i would post it up anyway. No fault codes are listed at all. This was done just before the first run. 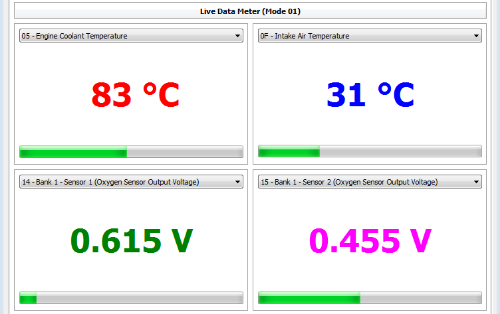 SeatCupraK1/ph1 172
Two days later, i've not really gone to any high revs. I did however wait until my fuel was low and put some Nitro from Shell. It seemed to happen after i put £20 in a nearly empty tank of Momentum. Could be nothing to do with it, but maybe it did. We'll see soon enough if its still there. I think it is as i still have an extra low quiet hum from the front when inside the car.

SeatCupraK1/ph1 172
So this problem still happens and only seem I happens when the engine is warmed up. From cold it performs spot on, even after a few miles and it got up to temperature it's still fine but as it gets warmer and driven longer it just randomly just happens. Say I am going from a stop start, first will power through ill get to second and it may power up to 3k then just drop and nothing will happen, I'll let the car slow down and can carry on, if I can get through the gears I can slowly get it up to speed but only using low revs it seems.

Very scary on the motorway coming from London when I realised the problem was still there, 4 times I had to pull into the hard shoulder, power off the car then back on and try my best to get back up to speed to join back in again. If I was in 5th doing 50mph, dropped to around 45mph and put on the accelerator to gain speed back up to 50mph I could feel it cut and I'd just loose power, putting it into 3rd or 2nd would not do anything and I had no power so had to stop the car. I probably didn't need to turn off but just go through the gears from start.

It did randomly come up with Check Emissions on the drive back the other day but that was after an 2 hour or so of driving and after a few times it doing what it's been doing. Maybe it's linked or maybe it's my exhaust? Only saying that as it was the last thing changed to do with 'emissions' but the cat is still there so probably not that.

I had the injectors cleaned last week with an ultrasonic cleaner at a place in Wakefield. the guy said they were pretty clean before he did them. I was hoping it would solve the issue but sadly not.

Any one any suggestions? Looks like I can't make any long driving trips!

Clio16v/225 Trophy
Needs looking at then I'm afraid. Pop it in if you like as Wakefield isn't too far away from us.
L

Sounds a odd one that. I would like to know the answer too 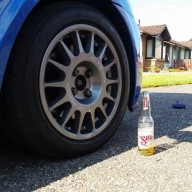 ClioSport Area Rep
None
I've decided to start going straight for diagnostics when I get a random/odd fault now. It's a pain having to pay to get the car plugged in but it's easier than buying random bits and guessing.

lemonnobby1 said:
Sounds a odd one that. I would like to know the answer too
Click to expand...

I have an idea of what is wrong but it needs a specific piece of equipment plugging in and road testing to confirm.
L

Yeah. Hopefully this thread will get updated. And we will find the cause to it.

SeatCupraK1/ph1 172
MicKPM You was my next step to come to as soon as I can find out when I can leave work to get it booked in, I imagine the drive down to you would make it start doing what it's doing when up to temp.

With what you think it is a major problem? Or something you could possibly fix while I'm down there if it is that?

If it has BERU coils then it's unlikely as they're bomb proof.

SeatCupraK1/ph1 172
Been okay for the last couple of weeks although its not had a really good run where it normally decides to show. Only extra different is that the car sometimes takes a second longer to start since i had the injectors cleaned but its not really a problem i suppose.

Looking to get a week off in August from work so hopefully can book in with you to have a look at it, MicKPM. You think it could be sorted when i come down if it is what you think? Hopefully the roadworks have calmed down on the M1 since the last time i came down to you a couple of months ago.

SeatCupraK1/ph1 172
Got it sorted in the end. Turns out it was the fuel pump failing not keeping up with the pressure that was needed. Something along the lines of it should be 3.5 bar and it was around 1 bar. All sorted and delivers power when it should do!

Didn't want to risk travelling on the motorway to anywhere to get it sorted then i remembered about DDC in Doncaster which is pretty much round the corner for me. Top lads there and sorted it out for me .
You must log in or register to reply here.
Share:
Facebook Twitter Reddit Pinterest Tumblr WhatsApp Email Link