2nd emmisions failure what to do next

and assumed all would be well and went for the retest,i got there 20 minutes early so the car had cooled down by the time it got plugged in
It had only drove 6/7 mile anyway

Quick brake test then onto.the emmisions only 1 green bar (i forget which and got no printout) 30 secomds later he gave up failed it

Now what bugs me is the 1st test lasted a few minutes (a counter on the screen) he just gave up on this one,he also explained last time "they usually wait till.close the end once the cats warm" 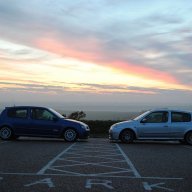 Ive recently had the othr way round. thought to be cat, and exhaust. Replaced exhaust with a stealth cat back and another cat. Got better but would have still failed. changed the lamdba and jobs a good'un.

I also changed plugs (new oem) is it possible the inlets leaking slightly? 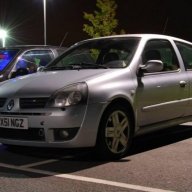 leew88 said:
and assumed all would be well and went for the retest,i got there 20 minutes early so the car had cooled down by the time it got plugged in
It had only drove 6/7 mile anyway
Click to expand...

This is part of your problem, especially if it's running a sports cat.

Rag the balls off it and get it red hot.
seen this time and time again on scoobies and other motors with sports cats fitted. 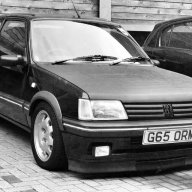 1.2Clio / 182!!
Don't most cats need a "bedding in" so to speak??
If it's a new sports cat then don't rag the arse out of it straight away, will knacker it long term. Need to get it hot on a longer drive though

The cat and brakes are glowing when get there

Get some proper heat through it.
L

182
I would put the intake back to standard or as near possible. I can't see that causing the issue but it would be sucking hot air in.

As said the cat needs to be glowing.
L

phase 1 172
Il get that swapped over today