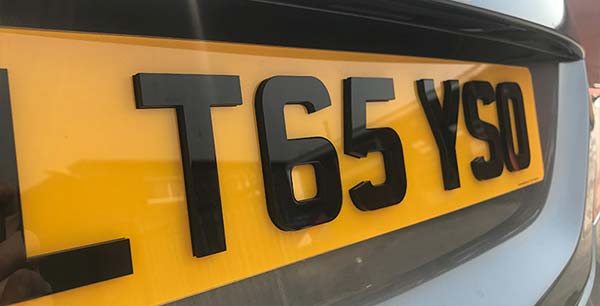 Anybody seen any cars with these on?
http://www.demonplates.com/platebuilder.php
If you click on 4d perspex it shows an example and claims to be road legal. I'd like some just because they're a bit different and I quite like them but have a feeling I'd get pulled over for them on the basis that a copper probs hasnt seen any like it before. Looking through the legislation I can't actually see anywhere that they would break the rules but I've seen a lot of stories of people being pulled over even for 3d gel plates

ClioSport Club Member
182 Cup
In the nicest possible way... why buy number plates likes this? Or any others, including metal or gel or carbon or French etc etc.

You’d be better off throwing £50 toward a mod that will make a better visual impact or increase performance..

Darren61 said:
In the nicest possible way... why buy number plates likes this? Or any others, including metal or gel or carbon or French etc etc.

You’d be better off throwing £50 toward a mod that will make a better visual impact or increase performance..
Click to expand...

I'd buy them because I personally like the look of them, I get they won't be to everyone's taste but my issue is more the legalities of it. They claim to be road legal etc and I know there are some people on here who are MOT testers etc so looking for insight as to whether or not police would have any grounds to pull me.

ClioSport Club Member
182 Cup
If they are road legal and have the name/postcode of the business that has produced them for you stamped on them, then from a legal point of view you should be fine. As the police would then need to seek further clarity from that business.

But as said, if they’re a new option for plates, they’re going to draw attention as I can’t imagine every copper will be 100% up to date with the latest rules.

Yeah I wondered that too tbh

ClioSport Club Member
BG 182
They look like those alphabet fridge magnets. I can't see old bill being too chuffed with them.
E

You can't see the 4th. Duhhh

I have seen them on a couple of cars & they look terrible.. both cars had crappy private plates on. Nuff said!!

ClioSport Club Member
2003 Clio 172
They do look a bit gash in person, i'm pretty sure if you wanted to mock it up there used to be a seller on ebay selling the actual '4D' letters you could stick over your own plate...

It says here they're legal too,
https://skgraphic.co.uk/products/4d-acrylic-road-legal-number-plates
W

cat171 said:
It says here they're legal too,
https://skgraphic.co.uk/products/4d-acrylic-road-legal-number-plates
Click to expand...

I'm not sure just adding the words 'Road Legal' to a description actually makes them so... lol

That said, I have seen the carbon fibre-style moulded plates on cars and they have been sold for a while.


This is the legislation that appears to be setting out how vehicle registration marks should be laid out and appear:

The only bit I can see that relates to 3D plates is this:

(c)the mark is displayed on a vehicle first registered before 1st September 2001,

(d)the registration plate displaying the mark was fixed to the vehicle before 1st September 2001 or, if that is not the case, the vehicle was first registered before 1st January 1973 and,

(e)the plate is made of cast or pressed metal with raised characters.


(11) Where this paragraph applies the spacing between—

(b)two characters one of which is “I” or “1” must be within the limits shown in line 8 of Table B in relation to the relevant character height, and

(c)two characters both of which are “I” or “1” must be within the limits shown in line 9 of Table B in relation to the relevant character height,

but where one or more characters in a group is “I” or “1” all the characters within that group must be evenly spaced.
Click to expand...

There are other sections that refer to pre-1973 plates, though:

B
Requirements where the vehicle carries a registration plate which is not so constructed.

Either of the following is permitted—

2. A plate displaying white, silver or light grey letters and numbers on a black surface having every character indelibly inscribed on the surface or so attached to the surface that it cannot readily be detached from it, which may either—

(a)be made of cast or pressed metal with raised characters, or

(b)consist of a plate to which separate characters are attached, or

(c)consist of a plastic plate having either reverse engraved characters or characters of a foil type, or

(d)consist of an unbroken rectangular area on the surface of the vehicle which is either flat or, if there is no flat area where the mark is required to be displayed, an area which is almost flat.
Click to expand...

This section gives the character dimensions for all types of plates, including pressed:


Overall, I think it's a bit of a grey area - you'd probably have to argue that they do not make the font less legible or interfere with reflectivity, and therefore would pass the requirements of the legislation.

Might be expensive to test that in court, though...

I recall that fancyplates did 'cut-out' plates for a while, with the letters cut out with an 11mm border round them - the legal minimum. I think they passed the letter of the law but not the spirit of the law, hence they are no longer available.
Last edited: Jul 27, 2018 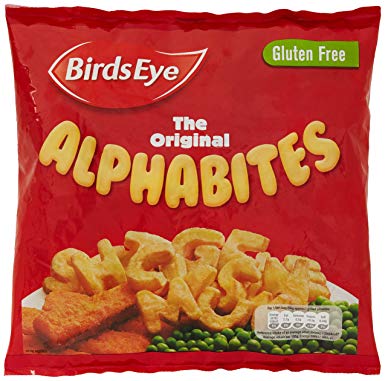 RichIsGod said:
Yeah I wondered that too tbh
Click to expand...

oh come on, it's an easy one and of course you can't touch it, although in a way you can.
You must log in or register to reply here.