ClioSport Club Member
Elise 111S, Model 3
Hi all,
As I mentioned in an earlier thread somewhere, the seats on the wife's Clio has had repairs in a past life, presumably because of the original connectors going a bit naff. Looks like it was a quick solder and tape job.
Whilst it was al ok, it does mean removal of the seats was a bit of a faff, leaving me no choice but to cut through.
I was also stumped with the black connector with the red tab. I have made the mistake of attempting to remove said red tab, snapping it in the process.
I should write this down so that others know in advance. In order to disconnect this black one, you need something like thin, like a precision screwdriver, and wedge it in under the black tab, like so: 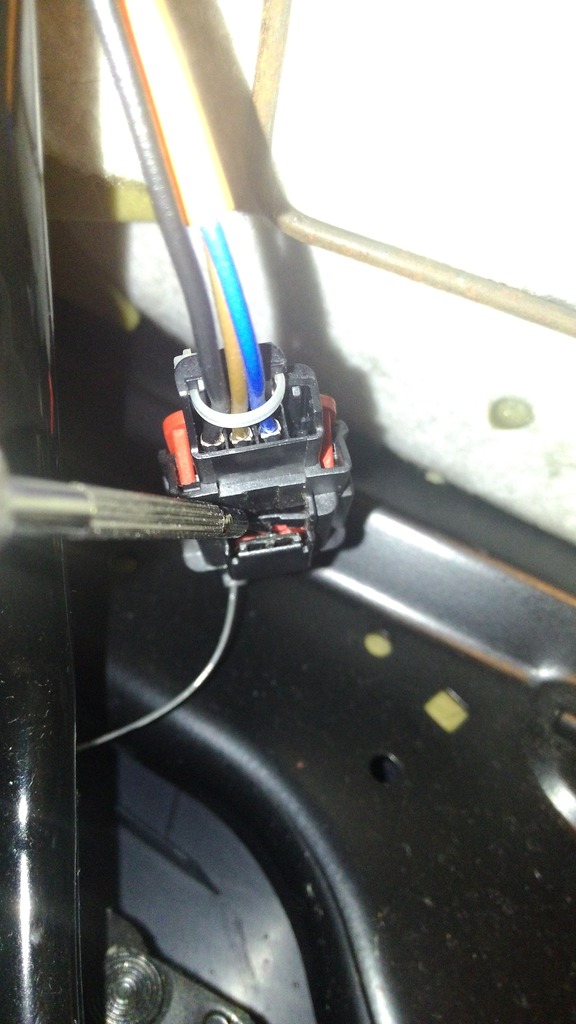 So it lifts the black tab rather than the usual intuition of pressing it down. This lifts up the locking tab and then the connectors should come apart.
This only became apparent once the car was off and was able to have much more room to do this, so unfortunately the wires have been cut, plus the red tab has snapped, so the connector is scrap.
Does anyone know if one can source one anywhere? I could then just place the existing crimped terminals into a new fresh connector housing block, but all I can fathom are "PBT-20GF" and "PBT-GF20" and "AMP" on the connectors. Google hasn't come up with anything.
For now, I've ordered some Mate n Lok connectors, a lot more simpler to connect and disconnect, not sure if they're anymore robust.

ClioSport Club Member
MR2 2ZZ
I found these connection a nightmare, dead easy when you know how though. Lift the red tab as high as it will go and lift the black tab as shown above. took me 30 minutes to figure this out, lol.

ClioSport Club Member
FF Jeden Osiem Dwa
I couldn't get the connector apart either . I ended up snapping the red tab :anguished: , then cutting the wires on the old seat and glue the red tab back together to fit to the new seat . It's a ballache of a job to fathom out .
C

ClioSport Club Member
Elise 111S, Model 3
Yikes, almost a year ago!
The Mate n Lok connectors still appear to be holding, with only one incident where the air bag lights came on for 30 minutes, then nothing once we restarted the car.
It's total bogus.

ClioSport Club Member
Clio 172
Yeah, I was pushing down on the black bit for ages and it just wouldnt come loose. Lifted it with a screwdriver and apart it came!

182 FF
I broke the red bits on both seats when changing my seats over. I am a complete moron though.

ClioSport Club Member
Elise 111S, Model 3
Probably just to be annoying.
Airbags like ABS are a !!!SAFETY!!! ***RED ALERT*** type thing so it's made to be as completely unfriendly as possible.
Then they ironically become fragile and useless as we all know with the airbag lights coming on and such.
You must log in or register to reply here.