Renault Clio
First of all, let me just say that I love this car, although it is a pain in the a**.

Just to give you a bit of background, I bought my 2009 Clio (the 1.2 TCE model) back in March, with 31,000 miles on the clock. The check engine light came on the day after I bought it but went out as I was driving the car to work. It was a smooth, relaxing drive up until June when I had the cambelt changed. A week after this was replaced, the engine started to make a slightly audible rumble, which could be felt through the pedals and seat (the garage have said on two occasions that the cambelt fitting is fine). Around September, the alternator started to make a grating sound and was promptly replaced. This is when the engine started to misfire now and then, but only when idle and warm.

The misfiring seems to be worse when under electrical load (headlights, rear demist, heater, etc.), but is still present without the load - it's just not as bad. At first, I could live with it, but now it's so bad that it's becoming very stressful. Two weeks ago the check engine light came on, indicating code P0141 (bank 1 sensor 2 heater issues).

I'm going to be changing the post-cat lambda sensor soon, but I do not have faith that this will cure the issues. I should also mention that the car drives fine throughout the rev-range - there's no misfiring or juddering when setting off or cruising.

I don't have a lot of money to spend at the moment, so would like to narrow down which of the following could be causing these issues:

My theory is that the engine operates fine when in open-loop mode, but as it transitions to closed-loop mode, these symptoms appear. However, I'm still new to all of this so could likely be wrong.

I'm looking for some help with this issue - hopefully, I can get some better sleep at night. Any help is appreciated!

Good shout. I also noticed there's a buildup of oil(?) around the coil lead holes: 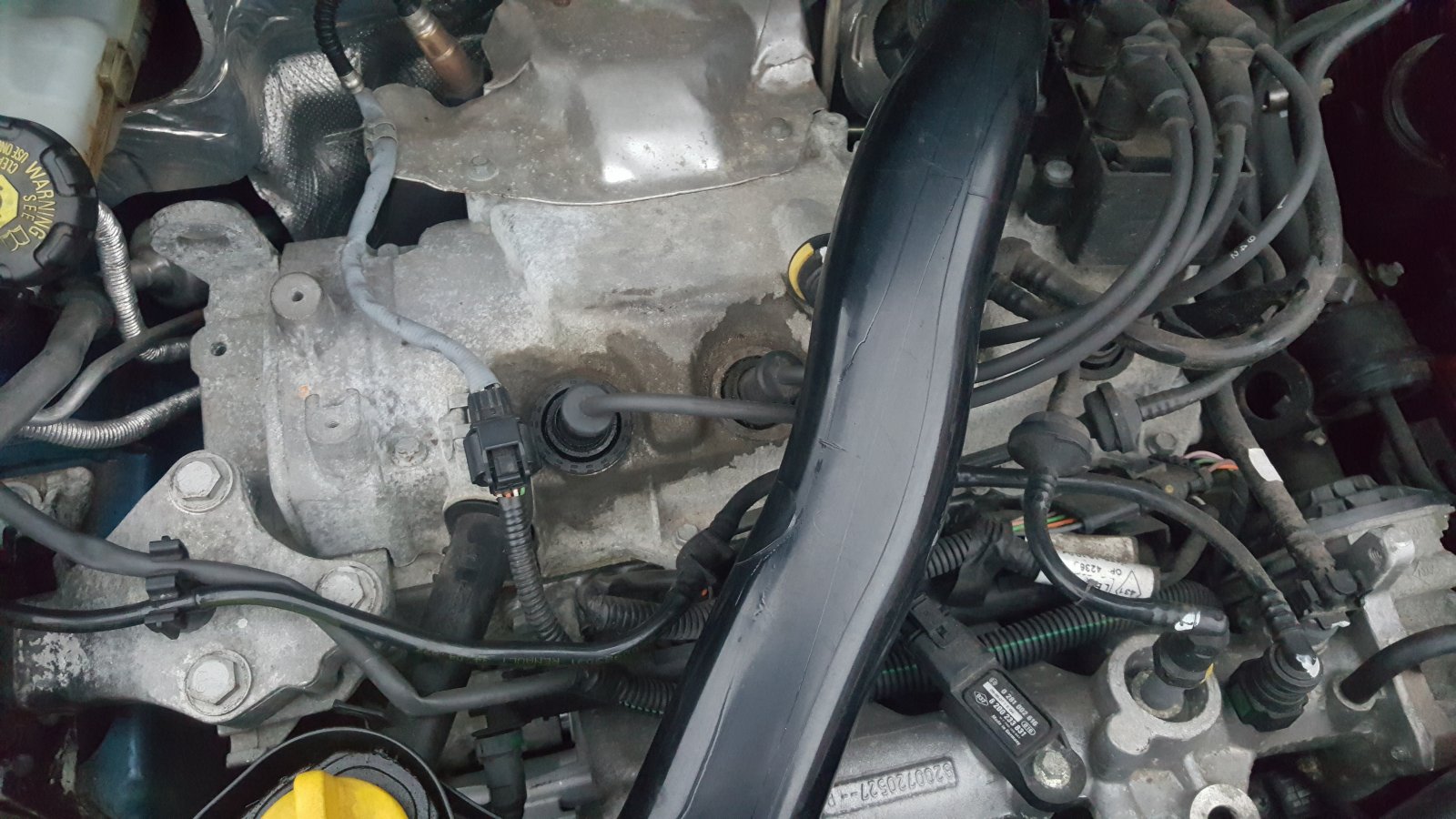 Any idea what this could be? The other two holes don't have this oil, just the two on the left.

ClioSport Club Member
172cup, 159ti tiguan
Depends on how much you want to spend. I'd imagine if it's missing you'll get some excess.
My 172 recently had a similar issue I'm fairly sure it was injectors.
I basicly changed everything cos it was all a old tho so can't be 100% sure
M

Iain C said:
Depends on how much you want to spend. I'd imagine if it's missing you'll get some excess.
My 172 recently had a similar issue I'm fairly sure it was injectors.
I basicly changed everything cos it was all a old tho so can't be 100% sure
Click to expand...

Well the good news is that there's no oil inside the holes, I pulled each HT lead out and checked. Also the engine laboured every time I pulled an HT lead out, meaning (to my mind) that the coilpack/HT leads/spark plugs are still OK.

How easy is it to check/replace the fuel injectors? Is there some sort of guide for the TCE model, or is this a garage jobby?

Christ Almighty said:
http://www.cliosport.net/threads/injector-cleaning-group-buy-mk2-0.800763/
Stick your name down in here.
Click to expand...