I recently fitted some coilovers, and despite raising the car over and over, to the point where it's not as low as I'd like, the front driver's side (and occasionally the passenger side) is rubbing when cornering hard, or when going over a big bump/dip in the road at speed.

I've cut away a small section of arch liner where the bumper bracket is, and this helped, but I'm still getting rubbing. I've tried bending the bumper bracket out of the way as per Fred's advice, but no matter what I do it won't move at all. I've tried hammering it, and bending it with all the power of greyskull, but it's rock solid and won't move.

How can I fix this?

I have a Dremel, but not sure I have the right bits to cut the lip off, and I've read that this is a bad idea anyway.

172 cup- suzu rf600r
hmmm, how low is it and tyre size? i tried hammering mine but that didnt realy work so i just bent them with mole grips, they will bend!
A

Artic Blue 182 FF
i cut the arch liner out.. and then attacked the bumper brackets with a dremel.. so that i got rid of the lip. I then bent them up out of the way with the trusty blood blisters.. job done!! I wont lie it was a pain the ass nut i didnt want the car to go any higher so now with those out of the way its sits perfectly I only get scrubbage if im four up and decide to go round a roundabout like a dick. so should be fine!

Looking for 182
Perhaps I'll just have another crack at bending the b*****d out of the way then. Would heating it to make it bend easier be a bad idea? 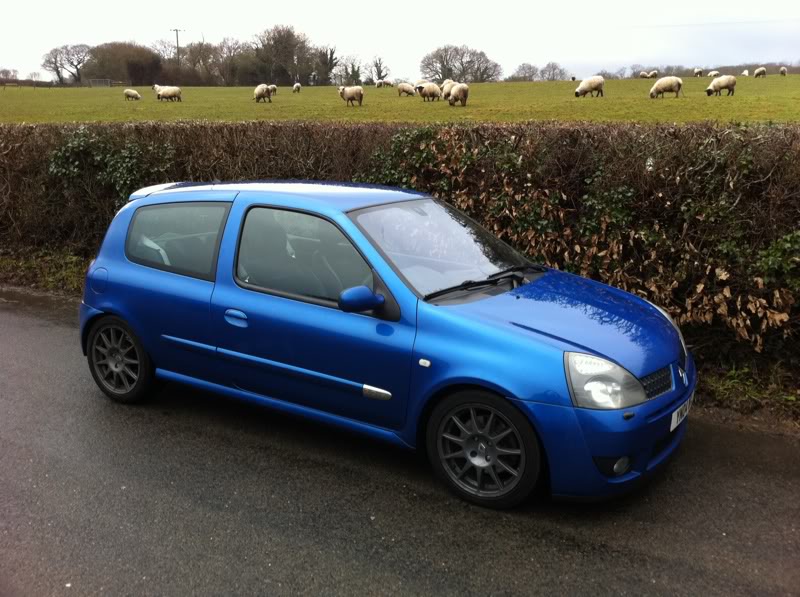 It's not that low in my opinion!

172 cup- suzu rf600r
no its not that low, i wouldt have thought it would scrub at that, is it defo the brackets? heating isnt needed mate it bends quite easily with grips? also the wing is plastic so not a good idea lol!

PH1 iceburg
I dremeled (!!!!!) mine. Cut the lip off the bracket and gave it a good wellying with a hammer
A

yer this lol do this... dremel the lip of and either tw*t it one or bend it with some beasty pliers
P

Leon Cupra 290
I smashed the s**t out of mine for about 30mins, it moved maybe 3mm, hardly scrubs at all.

Looking for 182
I used the Dremel at the weekend and it seems to have eliminated my rubbing issues
You must log in or register to reply here.

Epas set up , what alternator and bracket set up options ?

How important is this alternator bracket?