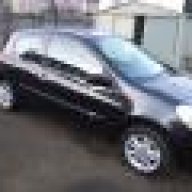 Civic Vtec y0
Getting a MK1 PH3 with a knacked engine. If all goes to plan I will be getting another engine exact same as the one that is in it just now.

How easy/difficult is it to change over the engines? I have a decent knowledge of cars and can get access to my mates workshop so will have all the tools

In a nut shell what would I have to do?

You need the engine and loom plus ECU.
Radiator is a good idea.
Also driveshafts and gearbox depend what swop your doing.
The Mk1 are nice and easy to fix in this respect.

S2000
If it's the exact same then it will make life a lot easier as you can use the same gearbox, loom, mounts and driveshafts. Not totally sure about the ECU as I heard someone say something about the later ones being coded to the engine in some way - that may well be b****cks though and your current ECU may be ok. Basically I would think it would be a case of, drain fluids, disconnect driveshafts, disconnect exhaust, unplug loom from car, support engine and remove engine mounts, remove engine. Probably a few things I have missed out as I've not actually changed an engine before, but that would be the main jist of it I would think.

Civic Vtec y0
I think i might just get away with changing the engine block itself, as its just teh timing belt that has snapped. Its the same gearbox in both engines, I know that 4 def.