ClioSport Club Member
FF Jeden Osiem Dwa
After 3 months. No fault of the body shop it was Renault saying they can still get hold of the offside wheel arch liner.
This is after an insurance claim at the end of March when a little old Lady decided she'd drive round the roundabout the wrong way and hit me head on.
It was a very low impact collision as I was just pulling out of the junction onto the roundabout and she was just entering the roundabout from the next junction doing about 5mph lol.
Enterprise car rental who supplied my courtesy car wouldn't sign off the job until the wheel arch liner had arrived from France and was fitted. In the end they had to as it was NLA as most people on CS already know lol.
So it's had a new front bumper and bonnet. I was gonna get a new bonnet this year anyway so that's saved me the cost of that

Every dent has been removed. The rear bumper has been resprayed. Another job I was going to have done this year but the cost was swallowed up in the insurance claim

Last December the who of the offside ( blended into the door) was resprayed after some stupid b**ch reversed into the rear quarter panel.
Alloys have been powered coated at a cost of £300 to myself. They're better than when they were new. Even the inner face right up to the rim looks as good as the actual face of the wheels.
Insurance claim was £3k

plus 90 days hire car her insurance had to cover. I didn't have to pay any excess as it was a no fault claim, happy days

and £100 for the dent removal guy the body shop uses. There were some minor dents in the roof and about 7 or 8 dents dotted about along the passenger side.
It basically looks like a new car now

ClioSport Club Member
T.Turbo
Looks mega, a nice result. If you need an arch still get one off ebay.

Brigsy said:
Looks mega, a nice result. If you need an arch still get one off ebay.
Click to expand...

To be honest. There's not a lot wrong with the wheel arch. The guy at the bodyshop was just going to replace it as part of the claim. Same as he replaced the headlight washers for new even though the old ones were fine.
Do you mean the Polish guy on ebay selling for 80 quid and charging £48 postage?

ClioSport Club Member
FF Jeden Osiem Dwa
This was the courtesy car I had for 3 months.
1.0 Fiesta ST line. It was pretty quick for the engine size and handled really good on the B roads.
It makes you realise just how much technology has moved on in past 20 odd years and how slow the Clio is

It also makes you realise what an absolute shite position the seat is in a 182. Also not being able to adjust the steering wheel for reach only rake. Now I feel like it's a stretch to reach the steering wheel and gearstick. The fiesta was comfortable and easy to set up the seat and steering wheel so it was perfect.
Also the brakes on the fiesta were super sharp. Press them too hard and you nearly went through the windscreen. The Clios brakes feel so inadequate now.
Also how loud and intrusive the Yozza exhaust is lol. 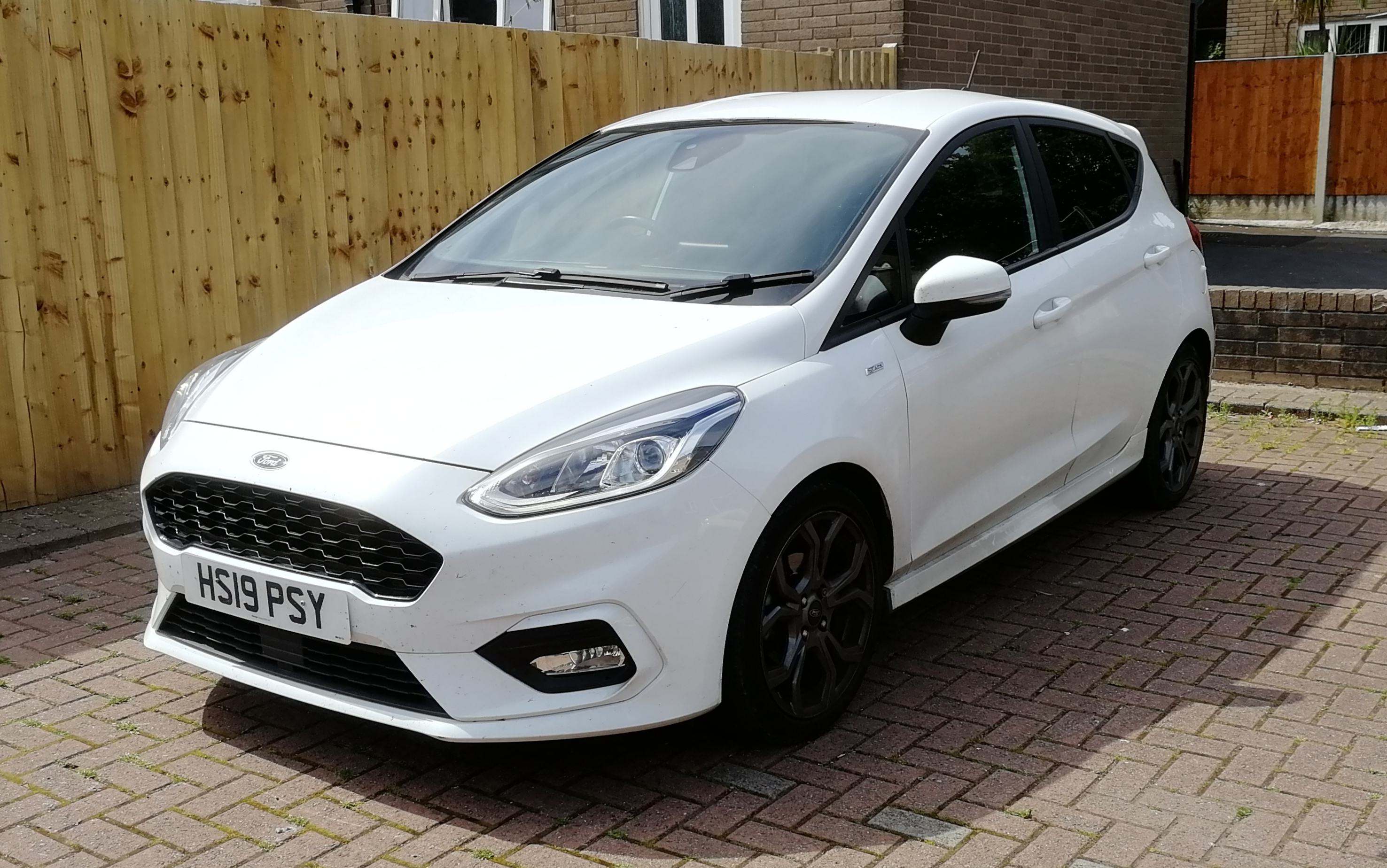 President of the KMAG fan club.

ClioSport Club Member
F31 35d, Berlingo Na
I miss our little fiesta. Was the 140ps model
It went well round Blyton too, the brakes are very good, especially after I chucked in the DS2500 pads

I know the feeling about getting back in the 182 after driving one of those fiestas. I was exactly the same.
Great cars.

Enjoy having the clio back though

Flat Eric said:
I miss our little fiesta. Was the 140ps model
It went well round Blyton too, the brakes are very good, especially after I chucked in the DS2500 pads

I know the feeling about getting back in the 182 after driving one of those fiestas. I was exactly the same.
Great cars.

Enjoy having the clio back though
Click to expand...

It was a brilliant little car. I was so impressed. Mpg wasn't much better than the Clio. I found you had to floor the pedal to get it going but once it was going it was a little pocket rocket.
I hate the driving position of the 182 now

that's after 21 years of driving them and being used to the shite position.
You must log in or register to reply here.

N
White Gloss Paint all over my LY