I can't believe how much that sounds like my Trophy:

jesus said:
I can't believe how much that sounds like my Trophy:


Did a trackday too!! forgot about that
So. My first MK4 track day.

This was only my 3rd trackday.. ever, and my First in the MK4. Needless to say I was quite nervous about taking a pretty much brand new car on track. then we pulled in and there was a brand new cayman GT4, boxster Spyder, Megane Sport and a new shape Exige V6. 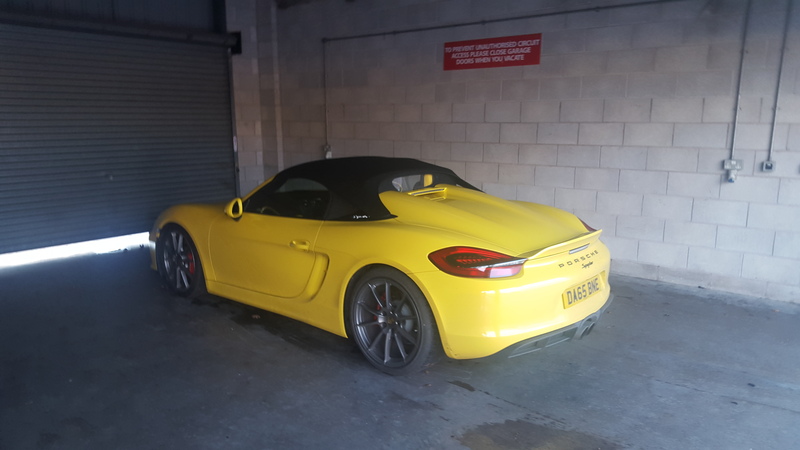 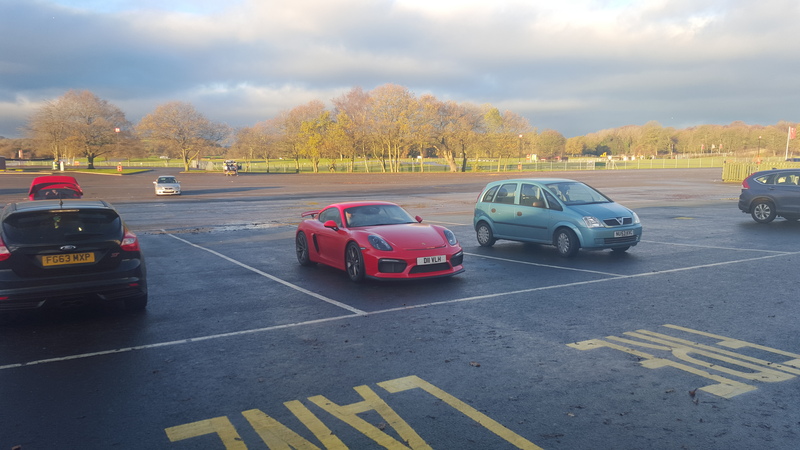 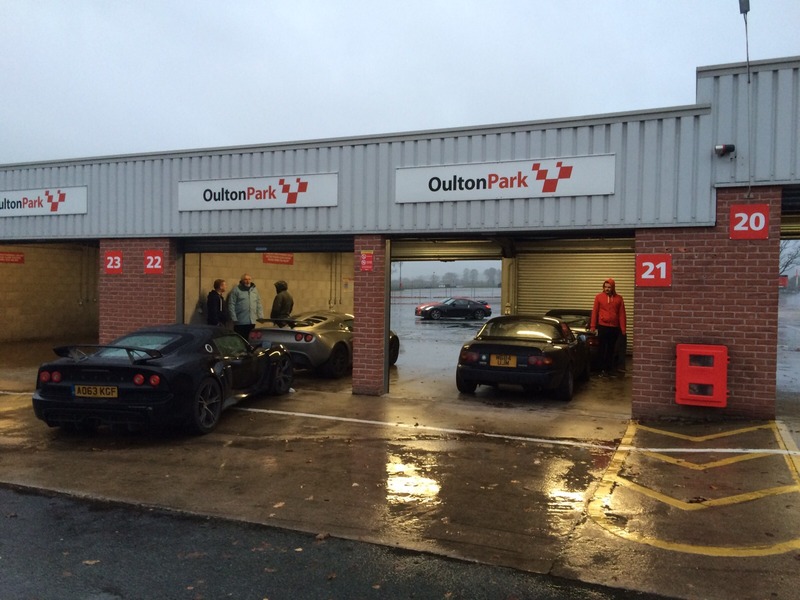 no pictures of the Megane because they bore me.

anyway. Me and Joe started off the morning as we do at every track day (because we've done loads) absolutely bricking it, our other friend (Donato on here) on his first track day was totally fine. We arrived at Oulton Park at 7ish so before pretty much everyone and before briefing which meant signing on was really easy. Joe needed petrol so we addressed that issue and shuffled into out garage for the day.

at about 9 the day started after the 8.30 briefing. Keen to get a feel for the car and calm my nerves we all check our wheels were firmly bolted up, let some air out of the tyres and headed out into the second of three sighting sessions. The car felt really really really soft, but I knew that so cracked on, there was however some mouth breather in a saxo "race car" behind me who despite us only being out for three half pace laps, was weaving everywhere like he was playing whack a mole with his shitty saxo, only to add to my frustration when as we pulled into the pits he was doing burnout launch type things in his moronic FWD s**t box... Never mind.

After the third sighting session we headed out, and I let Joeyd take the lead, now I wasn't expecting to be fast in the MK4 and here are my reasons..

the first 20 minutes or so were wet but I was happy to push on a little, much to my delight no scary moments. after which we came back in, re checked pressures and nuts and went back out, at this stage a dry line had started to form and I started to really push on and the car felt, to my surprise very very good, now of course the roll adds this sense of inertia in fast corners thats enough to make me feel queasy, but otherwise it was awesome. Throughout the day the laps got quicker. I was quicker then the other two guys in the mk2.5 and mk1 and had a proper blast, yes the tyres are awful and squealed round a lot of corners, and yes it rolls like something crazy, but what an awesome little car.

Titch who joined us will testify that for how standard it is, it's pretty damn good. I had to keep sessions short relative to the MK1 I had before, due to the known issue with oil cooling but I can say I was suitably impressed. The Exige V6 was on a whole other level of fast though.

Unfortunately I couldn't (be arsed) find a way to mount my go pro so no videos from me but hopefully some from joeyd in the MK1 (trying) to follow me. I forgot to ask for a decibel reading but I certainly didn't get warned of being close and apparently you couldn't actually hear it as it went past the start/finish line so thumbs up on that!! means I can add manifold etc and not be too worried.

Next up tyres, suspension and fixing this noodle of a steering wheel. 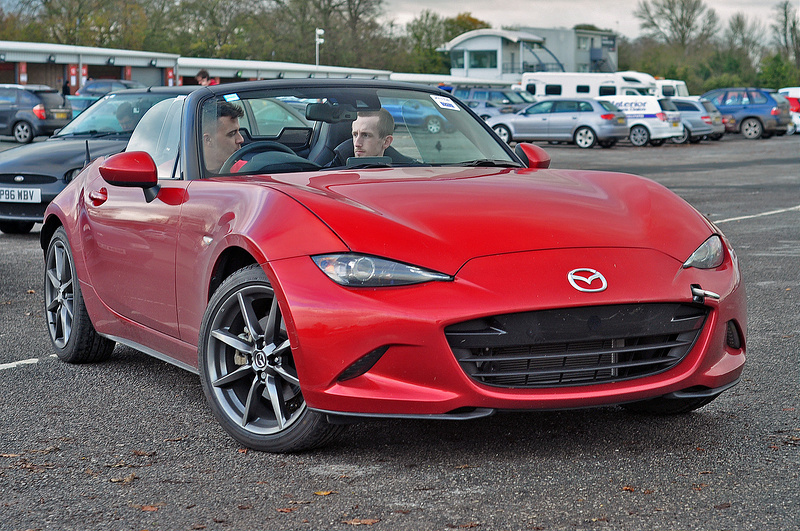 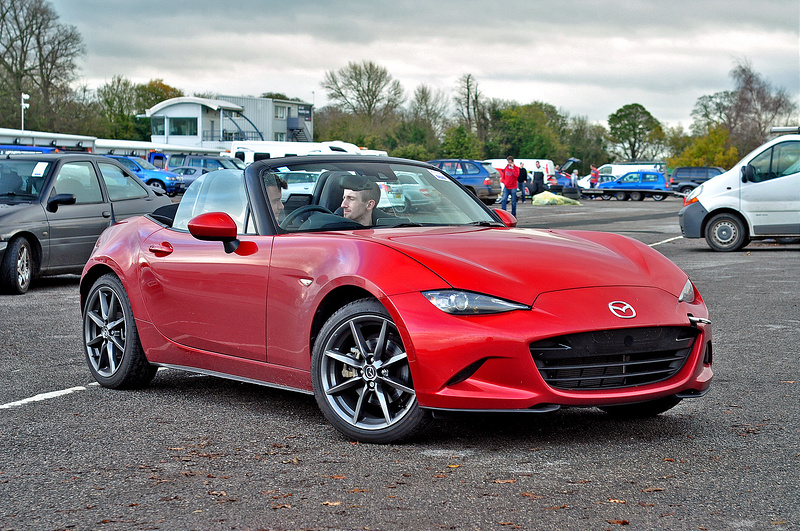 Pictures from the photographer have landed.

Looks cracking on track/with the front plate off!

Swift Sport
Brilliant. Shame you didn't have your camera on as I'd like to know your laptimes. Looks very at home on track
J

Recaro'd MX5
I followed for a lap or two - much quicker than my car in all areas, especially once the track dried up a bit. 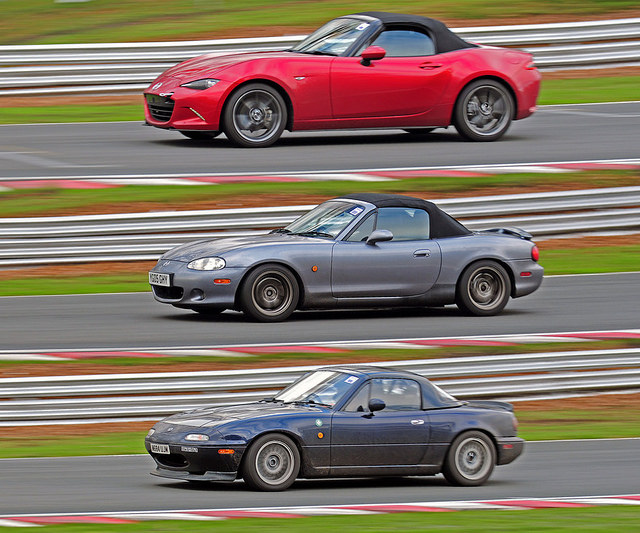 Homo spec mazda
Its a shame theres no video from later in the day because I really started to feel at ease with the car, never mind, theres always february
J

Recaro'd MX5
I'm pretty sure that was reasonably early on in the day - the MK4 was leaving me for dead later on, especially in a straight line!
Also went for a few passenger laps and it was fantastic for a fairly standard car - comedy 70's style pitching and leaning is kind of hilarious! Seems like you can really throw it into corners and it's never going to bite you in the arse, a lot like the early cars in that sense.

ClioSport Club Member
Suzuki Jimny
Why is there always a saxo 'race car' at every track day acting a knob!
J

Matt W said:
Why is there always a saxo 'race car' at every track day acting a knob!
Click to expand...

lol!! there were a couple. Pull over to let you past, but keep their foot in it... nice one! Knobs.

Swift Sport
It's the "My car is faster than yours so I'm not letting you pass" tossers that annoy me.

ClioSport Club Member
Honda S2000
What happened to the s2k? Didn't you like it?

ClioSport Club Member
ITBd Ph1
Like it! This thread does it more justice than any reviews I've read! Manifold, lows and sticky tyres sound good

Matt W said:
Why is there always a saxo 'race car' at every track day acting a knob!
Click to expand...

Tell me about it!! the day was full of total c***s anyway but the saxos were the ones that stood out! the green one was doing "burnouts" on the sighting laps and weaving around ... because race c**t

I didn't get on with it one bit! too much hype killed it for me.

Ph1 Tom said:
Like it! This thread does it more justice than any reviews I've read! Manifold, lows and sticky tyres sound good
Click to expand...

Thanks! Ive just got a cracking deal on some coilovers and a BBR midpipe so looks like they're the next too steps.
A

sofaboy said:
I didn't get on with it one bit! too much hype killed it for me.
Click to expand...

Shame mate, I still love mine.

I know you paid good $$$ for yours, did you manage to make most of it back when you punted it on?

I know you paid good $$$ for yours, did you manage to make most of it back when you punted it on?
Click to expand...

I paid top dollar with the intention of getting the best I could, I wish I got a red one, hated the black. I got most of what I paid back but not all of it, I think had it been summer when I decided to sell it may have been easier but I wasn't fussed. I know you love yours and there are things i miss about mine, The KW V3s were a massive help!
A

sofaboy said:
I paid top dollar with the intention of getting the best I could, I wish I got a red one, hated the black. I got most of what I paid back but not all of it, I think had it been summer when I decided to sell it may have been easier but I wasn't fussed. I know you love yours and there are things i miss about mine, The KW V3s were a massive help!
Click to expand...

Stone chips and swirls put you off the black? It did look immense in the pictures I saw

Homo spec mazda
More then I thought they would, its when you remember it was an 8 year old Black Honda 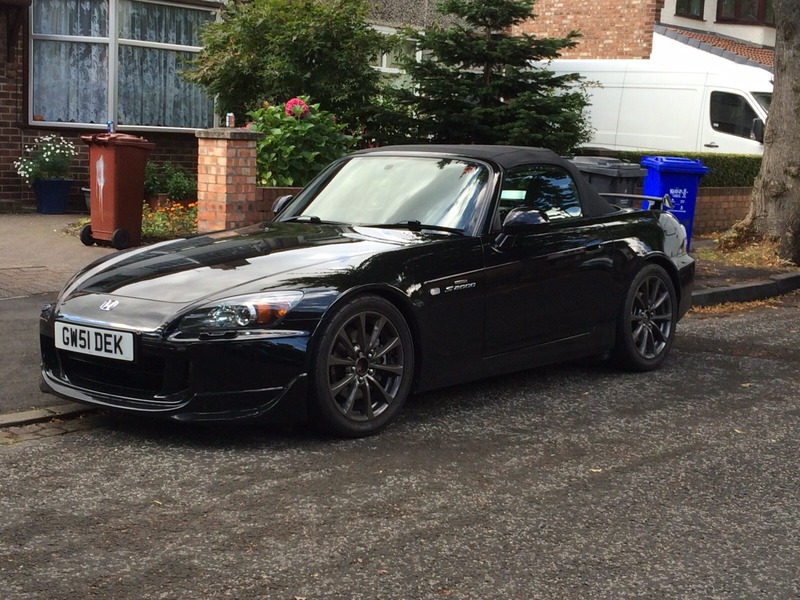 Recaro'd MX5
Rear quarter was completely the wrong colour wasn't it? Was an awesome car, I think had it not been black you'd probably still have it.
J 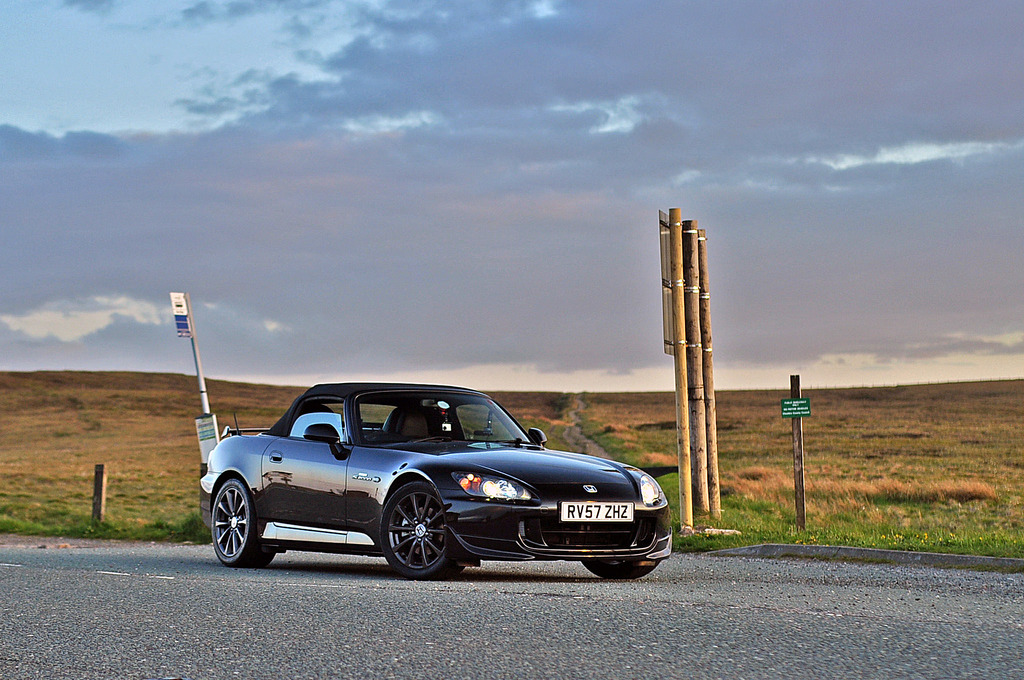 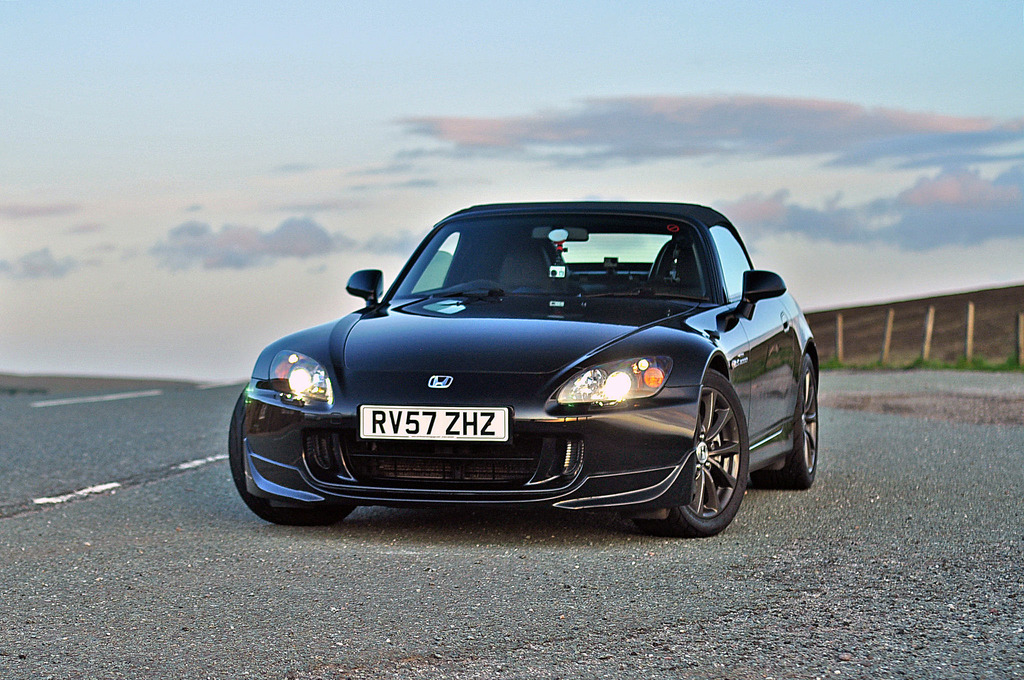 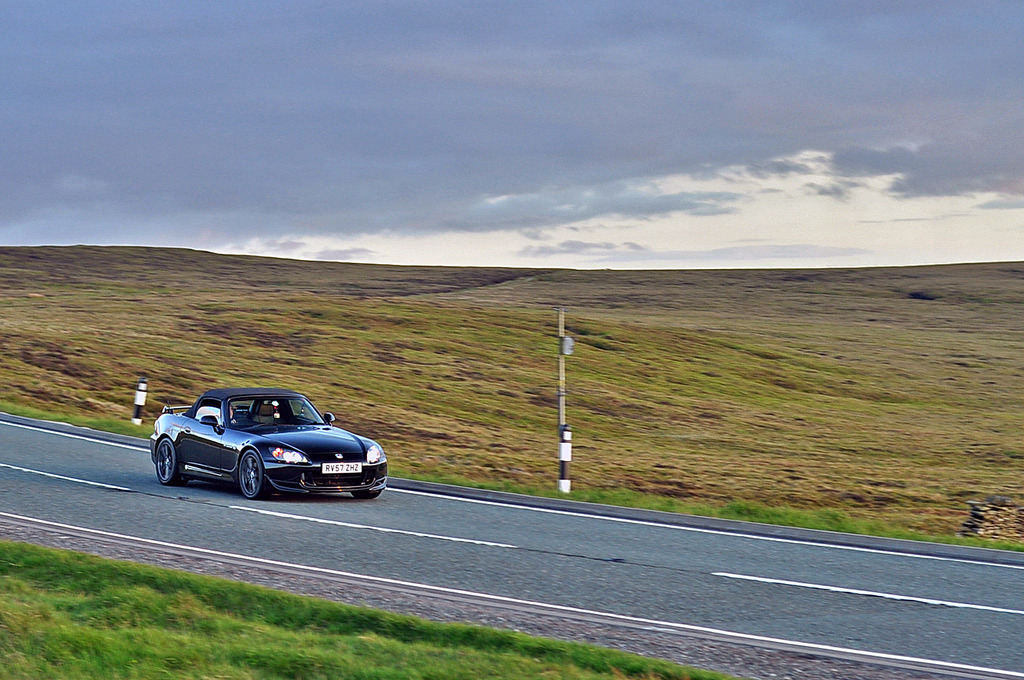 Homo spec mazda
Not sure tbh, everything looked straight and true on the surface but it left and underlying feeling that probably contributed massively to its demise.

Homo spec mazda
Just a few pictures after a wash the other day, i will say im not totally happy with the ride height, its still wayyyy too high. 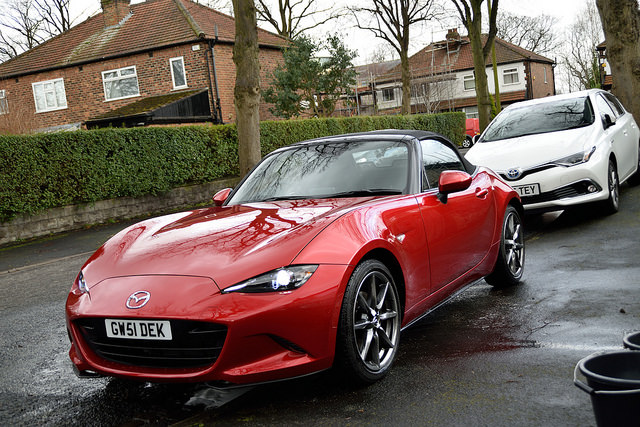 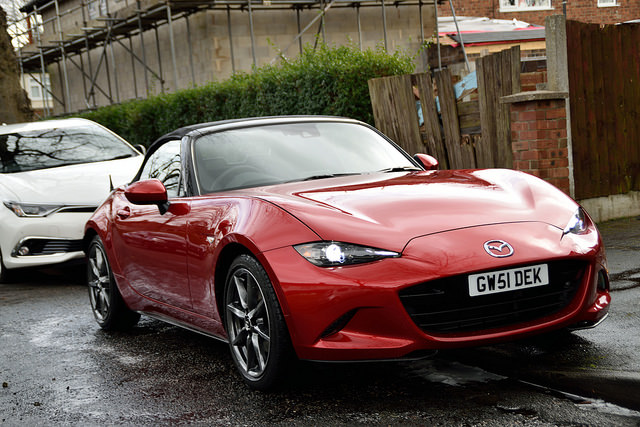 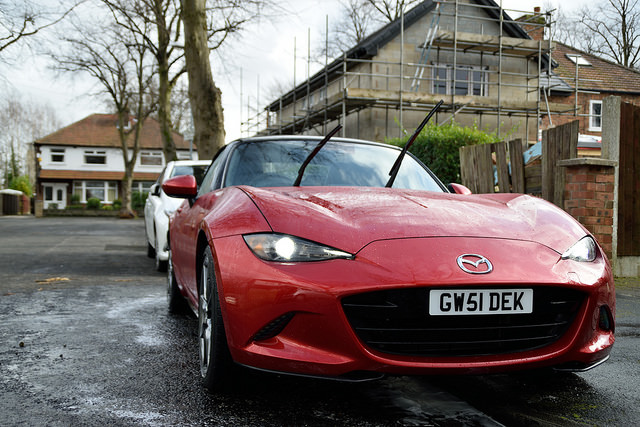 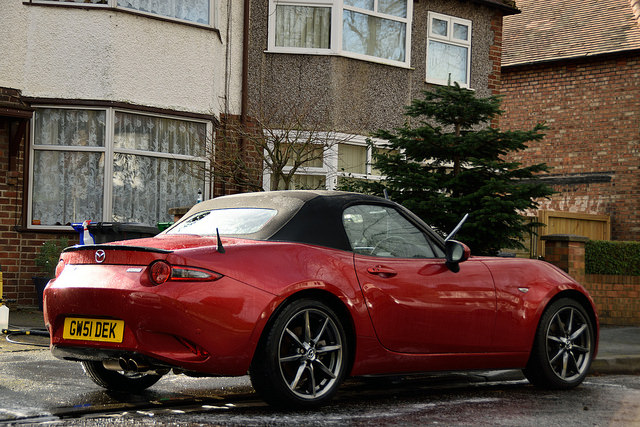 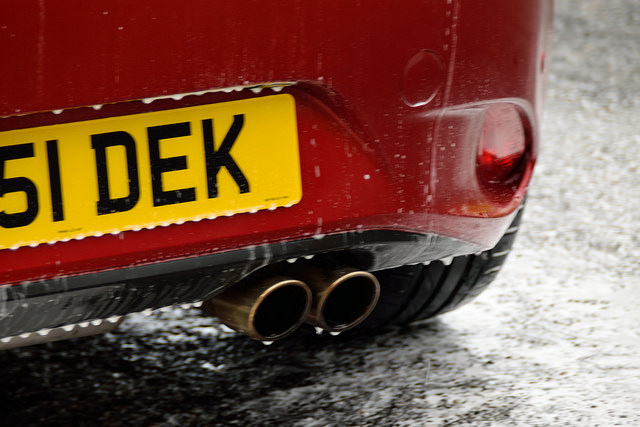 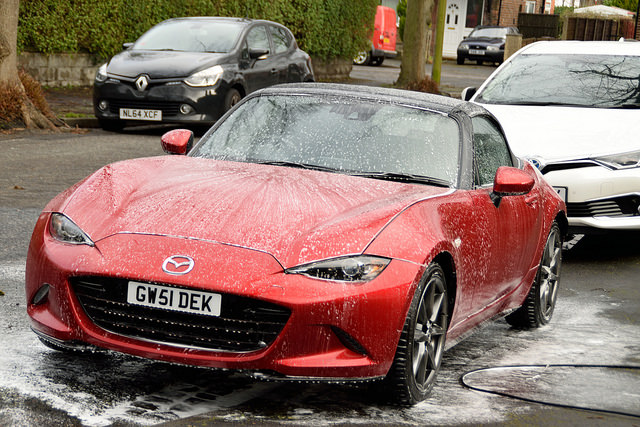 Homo spec mazda
So yesterday I fitted my coilovers and spacers. Spent ages fiddling with heights and then took the cars for a quick drive. The alignment is so far out now that the car feels really nervous so will be checking in at rodders when I get back from Iceland.

Also ordered a GV lip for the car from Rev9 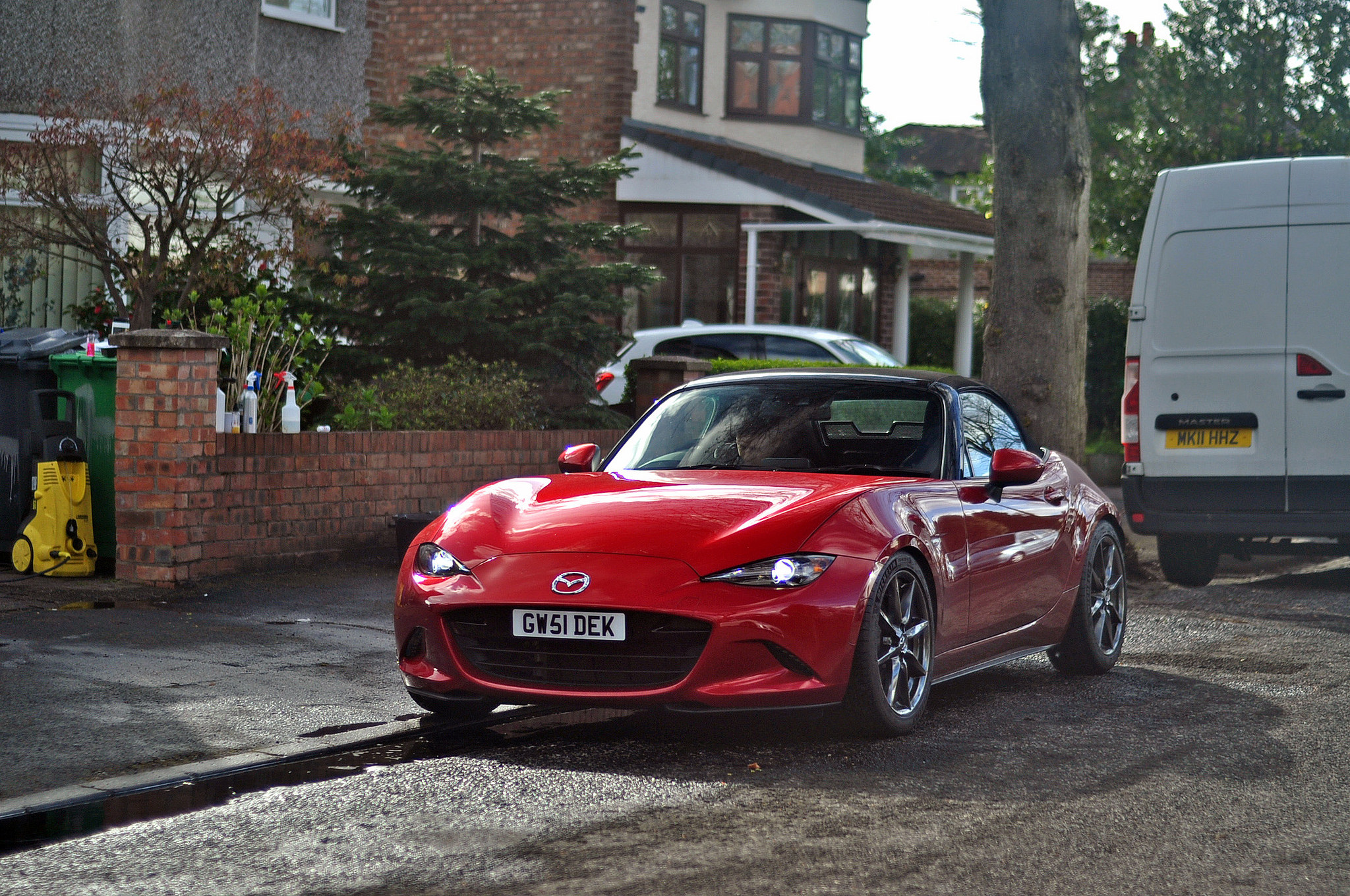 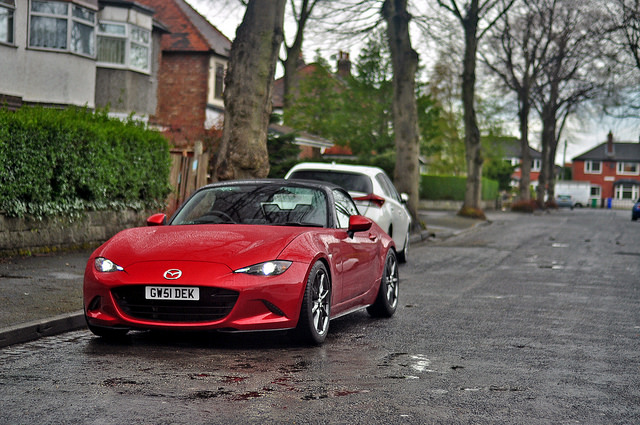 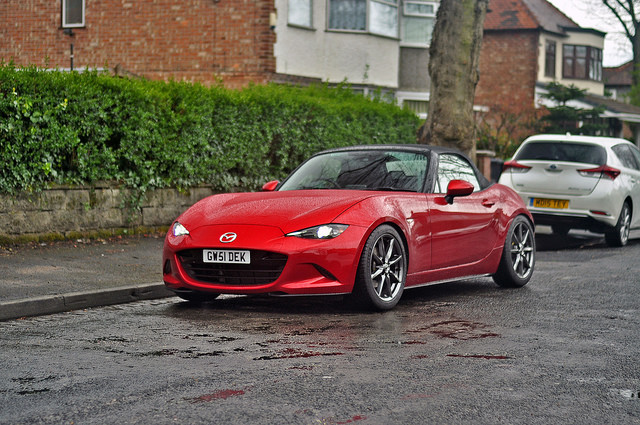 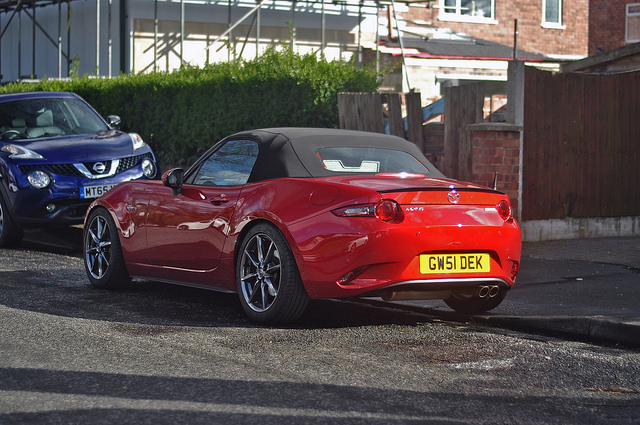 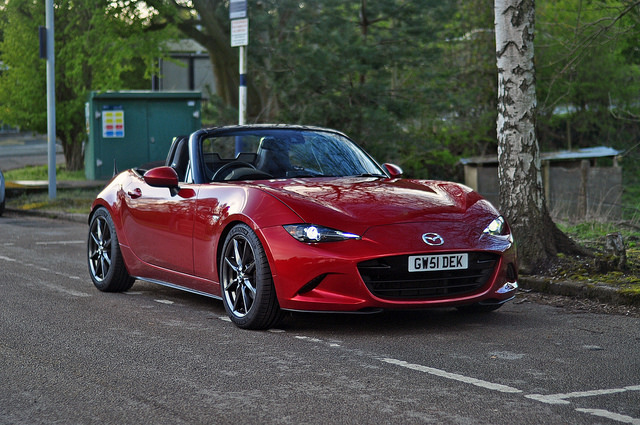 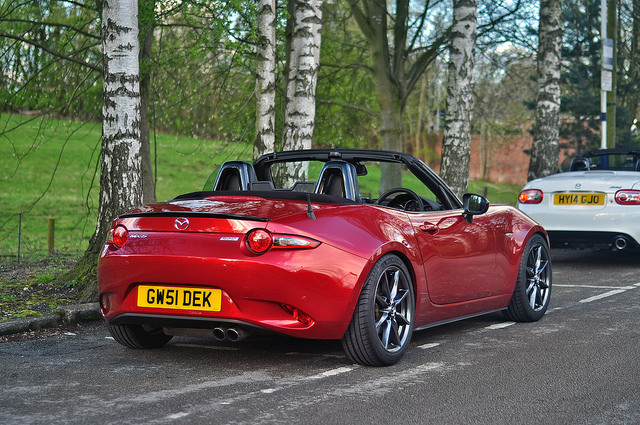 ClioSport Area Rep
Not a clio :(
That looks right now

ClioSport Club Member
Mini JCW & MX5 ND
That's awesome now. These have way too much arch gap as standard. It's now as it should have been from factory.

ClioSport Club Member
Evo 5 RS
Just read most of the thread. You make for some great writeups, love what you've done with it so far. Looks very purposeful on the new suspension too

Someone up here has just finished a home brew SC install on one. Make 280bhp. Which would be lovely.

Caddy van and MCS
This is gorgeous. Such a pretty car. Looks brilliant with the roof down.
I've literally seen 5 or 6 of these otr since release. Shame.

Looks so much better on the coil overs. The paint jobs lovely too. Especially in the sun. Gorgeous
You must log in or register to reply here.