Apologies for the Caps lol

I spoke to an Advanced Driving Instructor bloke today and he pointed out something to me that I had been meaning to check.

Basically, it appears that insurance companies are now withdrawing automatic Third Party Cover on other cars for those who have Fully Comprehensive insurance :S

He and his son only found out when they phoned up to check something else I think. They've been driving each other's cars uninsured for months!

So pull out your documents and check to see what it says - if it doesn't specifically mention it, ring them up to check. If you get pulled, ignorance is no excuse! :S 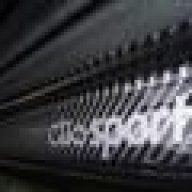 NORMALLY it used to be an age limit of 25+

But even now they are stopping it.


On mine it says i CANNOT drive any other vehicle.


If it doesnt say on the policy you need to read that thick booklet they send to you when you take the policy out! If not ring them.
M

None
Some companies still do it but alot are withdrawing now inc Nowrich Union etc so best to ask on the phone. Has something to do with tracing drivers and insurance details being logged on each vehicle etc (without getting technical lol)

****driving other vehicles that way (3rd party) is not for everyday use, only to be used in certain cases as mentioned by every company i rang****
A

Shhh
Also, when norwich union cover you for any other veichle, that also covered motorbikes too..

Will I be insured when driving other cars?

If this is something that is important to you then ask to ensure it is included in the policy. We would offer a word of caution. Cover to drive other cars is on a third party only basis and insurance companies insist on certain things being in place.

Therefore please bear in mind that;

RB 182
I didn't realise till I check mine a while back that you have to be 25 for it to valid.

Maybe this should be a sticky? 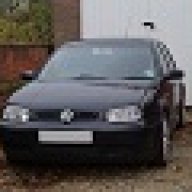 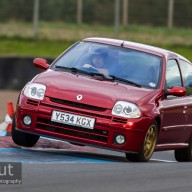 ClioSport Area Rep
Not a clio :(
NUD didnt know for me as I originally had it on my first policy which Ive renewed, I've not had anything saying Im not covered which is what the guy asked me so he then said that if you have any problems this call is being recorded and im saying you are insured 3rd party on other cars under this policy.

Good enough for me!

ClioSport Area Rep
Not a clio :(
Well the guy categorically said I am and that it was noted at there end. For all I use it I'll hopefully be ok anyway! Always drive other peoples car carefully! 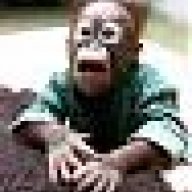 My tesco policy says my fully comp covers my car only. I'm not covered for any other car, apart from when I'm at work as then I'm on pizza huts insurance and insured for the shitty smart cars and my own 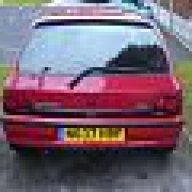 Focus ST
Probably one of those pub things, but I've also heard that they are doing away with third party insurance altogether. The minimum will be be third party fire and theft.

Like I said probably one of those pub things. 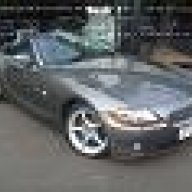 BMW Z4 3.0i
I've had my own insurance for about the last 5/6 years and I've never been issued a policy which has covered me to any degree other than on my own named car.
C

ClioSport Club Member
I'm with elephant (part of the bell group) when i asked about it they said you need to be 25.
So I waited & as i'm now 25 its fine. I asked them to amend the policy so that I have it in writing - I have it on the certificate now, it cost me a tenner for the policy to be amended (its only £3 if done on line though)
C

Mine doesnt say on the policy til i phoned and they said its okay if your over 25 4 and a bit years to wait then!! 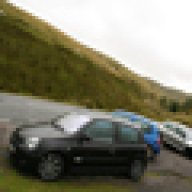 FF Blackgold 182
Apparently, the fuzz wants to tighten up this "loophole" because so many people are driving around in anybody elses cars on the cheap 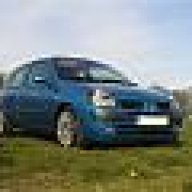 Clio 1.6 16v Dynamique +
Mine says I can drive any other vehicle belonging to someone else, providing I,
A) Have their premission
B) The car is already insured by the owner.
It covers me for third party only on a vehicle that does not belong to me.
Doesn't mention an age limit. I think I pass the over 25 thing anyway.
Last edited: Jun 18, 2006
C

I cant drive no ones but mine 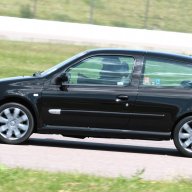 clio 182 black /gold
I rang Adrian Flux to insure a car from the stealer they said i was already covered, so whey hay.
M

Clio Sport 2.0 51 Reg
Yep my BF John got pulled over when he was 26 for driving his dads car...he was fully comp and being that age he thought he was covered, ended up with SIX points and £165 fine!!!!! 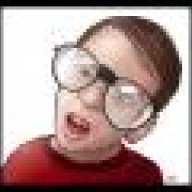 Suzuki Ignis
i pay £1330 with quinn TPFT and im covered to drive any other car. Phoned them up the other day aswell just to be sure and they said I can drive anything aslong as i have the owners permission
D

RENAULT SPORT CLIO 172
I am with Direct Line and i am covered but only 3rd and you have to be over 25years old and have the permission of the owner.
B

There are no official rules on this, all insurance companies are different. Mine for example, (which I will not mention the name of as if too many people find out about this, the insurance company will realise and stop it) lets me drive any car aslong as it isn't a super car or a jeep, aslong as I have the permision off the owner, and the car I'm driving doesn't even have to be insured by the owner. So I am insured on a 1992 seat ibiza, which is currently costing me £500 third party, and I drive around in my dads clio sport , which isn't insured by anyone.

I am only 20, and I have been doing this for 3 year now, I have checked with the insurance company a few times, as people kept telling me the car your driving must already be insured, but I have been told its fine, and I have also been pulled over by the police a few times who also say its fine.

And my excuse for driving my dads car all the time...........well......... mine has problems with the petrol tank so I am borrowing the clio untill it is fixed.

I have already been in two crashes, one in my dads clio rsi, and one in his clio williams when he had them lol
neither of the crashes were my fault, and the claims came through fine.

So don't listen to what people say, find out from the horses mouth, YOUR INSURANCE COMPANY. 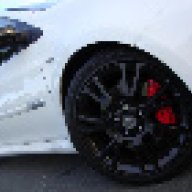 Less
Erm...if the RS Clio isn't even insured then how is it taxed?
B

forgot to mension that one, I can't tax the cars with my insurance, but my friend is a mechanic so he can tax any car on his insurance

Honda Civic Type R '02
I have been able to drive anything 3rd party (thats not owned by me) since i was 17. Only realised last month.

Indeed, and I bet he's not told his insurance company that
E

beltabry said:
forgot to mension that one, I can't tax the cars with my insurance, but my friend is a mechanic so he can tax any car on his insurance
Click to expand...

Yep your not insured to drive the 172/182 he's a traders so can this is sometimes being removed thogh from traders cover unless they register the car to themselves.

beltabry said:
the car your driving must already be insured, but I have been told its fine, and I have also been pulled over by the police a few times who also say its fine.

So don't listen to what people say, find out from the horses mouth, YOUR INSURANCE COMPANY.
Click to expand...

Yep but your forgetting the problem you have that when you part the car or leave it unattended on the road etc its not covered since your not driving it so therfore its an ininsuured car and can be taken off the road.

Its not its just a stupid way that insurance compnaies know exists but try and close by removing cover its upposed to be an emergency copy. Insuracne have an easy fix that is to stop people driving other cars third party.

But insurance compnaies have a good thing that if the cars vandalised or stolen as its not covered and since its not covered they can inform the police who will find out how the car was like that and press charges again the registered owner/whoever the owner says was driving. 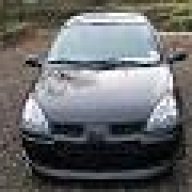 bmw 318ci coupe
i am also insured by quinn direct, i am 20 and hold my own policy, i rang up to check and they said i am allowed to drive ANY car as long as it is not in my name and it is road legal, (tax'd and MOT'D) that is.

i asked if the car had to be insured by the owner and they said no as it was only my policy they had to deal with,

guess whos looking for a type R CIVIC at the minute!!
E

livefreeordie said:
i am also insured by quinn direct, i am 20 and hold my own policy, i rang up to check and they said i am allowed to drive ANY car as long as it is not in my name and it is road legal, (tax'd and MOT'D) that is.

i asked if the car had to be insured by the owner and they said no as it was only my policy they had to deal with,

guess whos looking for a type R CIVIC at the minute!!
Click to expand...

The second you get out the car its not covered hence can be taken away.

PS check your policy as he policy driving of other cars is in emergency not full time use you'll have to prove your not driving it all the time. 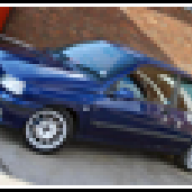 1.2 clio
i read that the other day, on my tesco insurnace it states 25 or older! 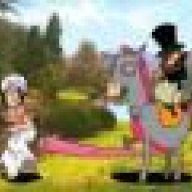 Certificate also states i can drive any motor vehicle not belonging to me with owners permission..

clio 1.2
its over 25 normally on any insurance 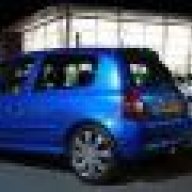 Dodgy one
Do people not read their insurance when they get it anyway? Can only drive my Dads and missus, because i'm listed as a named driver. Other than that i can drive Sweet FA
You must log in or register to reply here.
Share:
Facebook Twitter Reddit Pinterest Tumblr WhatsApp Email Link