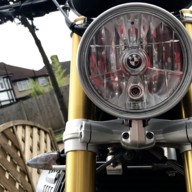 Got my new iPhone XS, in order to backup and sync I had to update the OS on my MacBook as I was running Yosemite and iOS 12 doesn’t sync with an OS that old.

Anyway, so I do the OS update and now the iPhones are totally unresponsive. Like 100%, it still charges the phones (both old and new). Any ideas taken.

When I was on the older iOS it at least told me that it couldn’t sync. Now it does nothing. Fark

ClioSport Club Member
V40 - E36
A pop up should appear when you plug the phone in saying something along the lines of you need to download this update to connect your iPhone. When I first saw it pop up I thought it was some spam, it’s not very Apple-like in form.

ClioSport Club Member
I think I've had this problem before.

Update iTunes on the new OS. Plug in your old phone and back it up again and then try to restore to new device with the new back up from the new iTunes.