ClioSport Trader
PM me 4 Car Finance
So with this years trip almost upon us, FailSport's older members decided that it was time for some waft, preferably V8 powered. The Youfs did the 1*2 last year, so for 2014 we thought something more gentile would be in order, with the option to do doughnuts if required naturally. After much browsing of ebay, bidding on sheds (a £500 XJR, lolvo V90 estate & rather f*cked/rusty Range Rover V8 to name but a few), we stumbled across what was once entitled one of the best cars in the world. The holy grail of beige, a Lexus LS400

With a mere 145k since 1997, a warped disk, mouldy seats belts, history limited to the receipt for fuel that Saner bought on the way back from sunny Hull and an interior in what can only be described as "old man", behold our Jewish Racing Gold powerhouse ... 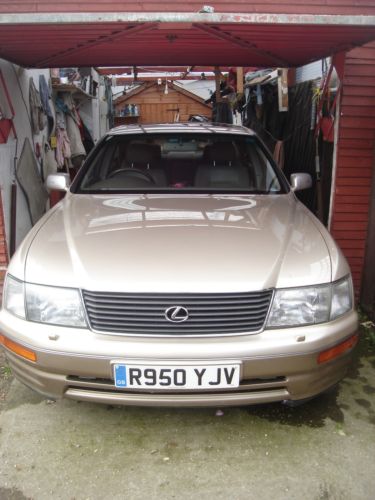 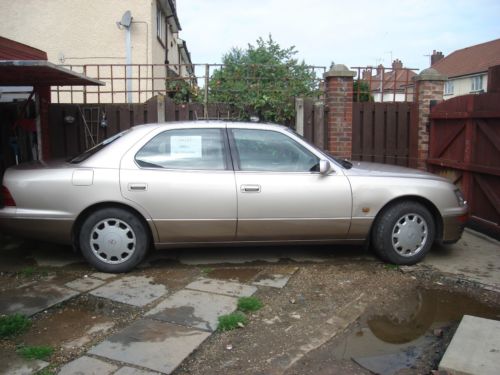 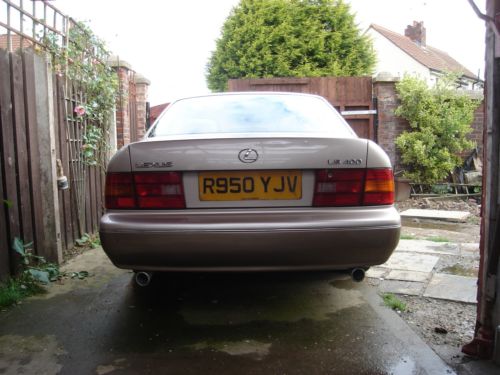 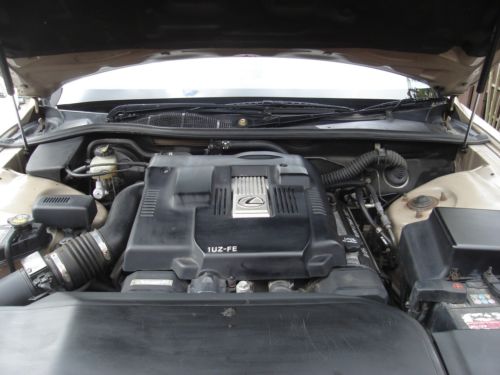 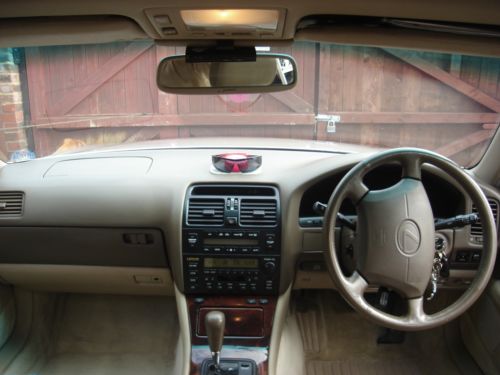 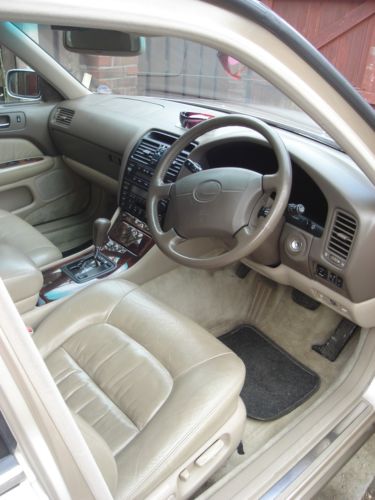 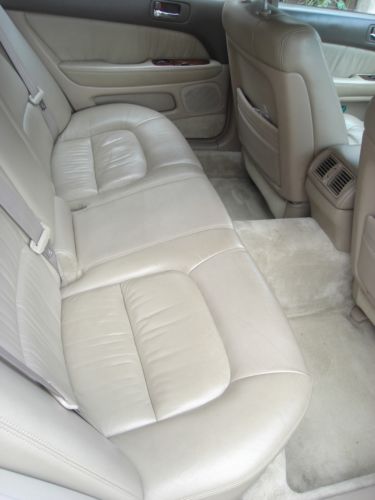 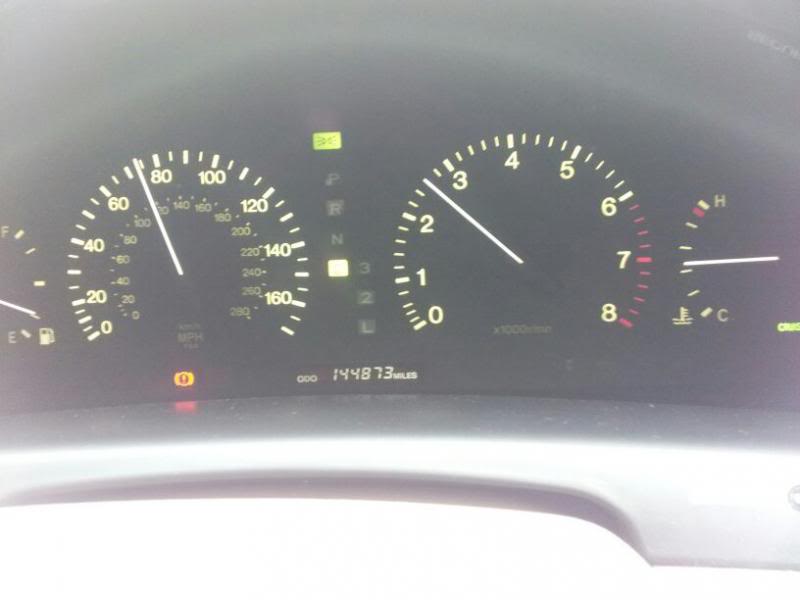 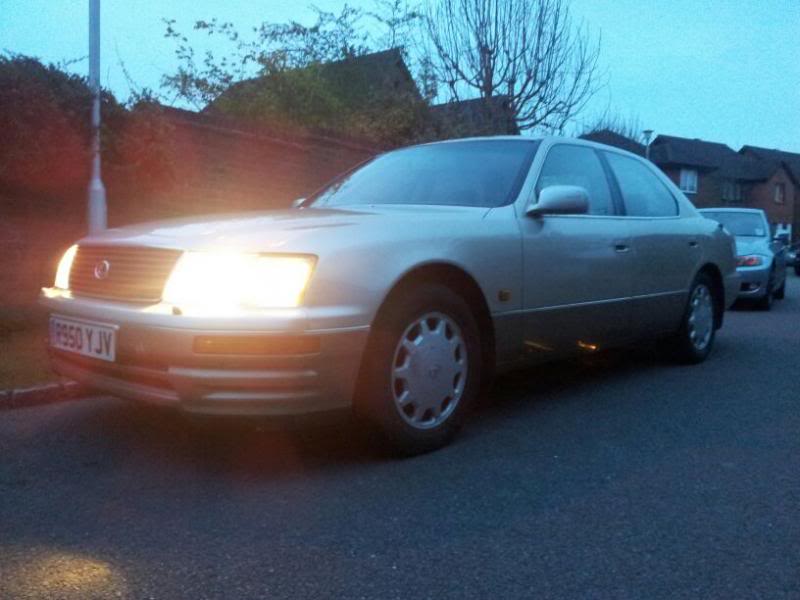 Faults so far are limited to the aforementioned wobbly discs, a brake pad warning light, some ticking when "making progress" (re: Jon ragging it senseless), some body dents/battle scars and only 1 months MOT. On the flipside it has decent Dunlop tyres, a 4.0 V8 and drives the correct wheels. It was also a bargain, i mean, ive spent more on Turinis for the Mini

Jobs for the coming weeks include giving it a clean and possibly an oil change, then planning the umm, decoration for France

ClioSport Club Member
Trophy #455
Úber-waft! Great effort chaps, I predict you're going to have an exceedingly comfortably journey! I assume you'll be fancy-dressing to the old man theme? Leather driving gloves, brogues and lots of tweed?

Am I allowed to do a burnout in this one
C

182/RS2/ Turbo/Mk1
I absolutely love those cars, that is one of the best engines ever made.

The torque delivery is just a straight line, and they are SO tunable.


The cars obviously feel a bit dated but are still uber-spec, electric height adjustment on the (mouldy) seatbelts etc and the dials are very cool I think with the way they illuminate etc.


At the time it was made, that really was an amazing luxury car.


I used to get about 25mpg out of mine if I drove it steady, and about 1/4 of that if arsing around being a tool going sideways.

TDK
I love how everyone is getting knackered old buses to make me and the megane feel at home. I should really fix her tbh.

Meg 225, RaceCup, M3
What a heap. I envisage a traditional top gear 'good bye' when this breaks down. Lol
C

Nick172Cup said:
What a heap. I envisage a traditional top gear 'good bye' when this breaks down. Lol
Click to expand...

You probably have a while to wait for that breakdown.

ClioSport Club Member
All about the base
Brilliant choice that!

Tim. said:
Úber-waft! Great effort chaps, I predict you're going to have an exceedingly comfortably journey! I assume you'll be fancy-dressing to the old man theme? Leather driving gloves, brogues and lots of tweed?
Click to expand...

Well, we all bought "country gentleman" outfits for Vish's stag, so it is a possibility


TimR26 said:
Am I allowed to do a burnout in this one
Click to expand...

No lol. Its an auto so probably wont like burnouts tbh, will like drifting though im sure, as Chip mentions ...


Chip-mk1 said:
I absolutely love those cars, that is one of the best engines ever made.

The torque delivery is just a straight line, and they are SO tunable.

At the time it was made, that really was an amazing luxury car.
Click to expand...

I actually remember reading about them in what car, tested against the 7 series, S-class & Jag of that era. It won due to its utter awesomeness iirc. Any cheap tuning mods Chip? Not sure we'd want to whack a turbo on it lol.


Naith said:
I love how everyone is getting knackered old buses to make me and the megane feel at home. I should really fix her tbh.
Click to expand...

Doesnt that thing only move for Le Mans lol. Ive only ever known it to be broken :clown:


Nick172Cup said:
What a heap. I envisage a traditional top gear 'good bye' when this breaks down. Lol
Click to expand...

Nah, it did 300 miles yesterday & Jon said it was fine. As the Northeners say as they leave on the Sat night "be reet".

TDK
I'm such a high roller I have it as my exclusive lemans barge.
C

182/RS2/ Turbo/Mk1
The inlet and cams are the restricting thing really dave, and sadly thats not cheap to change.

The exhaust manifolds are deliberately terrible, each cylinder is tuned for different RPM essentially, which is how it gets such a flat torque curve, if you replace the manifolds and the exhaust you can see a really big jump in top end power but it wouldnt be worth in in the context of what you are doing.

The rods and pistons and crank are all awesome quality and suitable for well over 8rpm, its one of the most over engineered engines going, the subsequent models were actually downgraded a lot spec wise in fact as they realised they had massively over done it!

Turbo would be the ultimate way to go, but like you say, not really what its for.


The lack of a diff doesnt help when it comes to drifting, so if you are going to do just one mod to it, weld the diff up, it will be SUCH a giggle then and the cost is naff all!
G

ClioSport Club Member
850 T5
If you don't go four up in tweed to mad Friday and do some skids you're all fags... What a beaut. I reckon it'll get 25+ peoples on and around it...

Clio 172
I grew up with these! My dad has been driving Lexus for as long as I can remember and he had an LS400 identical to this. Same "Jewish Racing Gold!" all I remember was the torque that Chip-mk1 talks of being unbelievable, push back in the seat sort of power and only being 10 at the time I thought it was the best thing ever!! He had the early GS300 before it and that was ridiculous as well! I have always fancied a Mk4 LS400 with the Dynamic Handling Pack, that low slung front end looks quality!

One thing is for sure. You will be comfortable driving to LeMans in this magic carpet barge!

Phase 1 172
Great choice. You'll get there in more comfort and style than Nickson in that bus he bought

ClioSport Club Member
FN2 Type R +MK6 Golf
What a beast and i don't think you could fit anymore beige in a single car.

Focus RS mk1
Serviced these things when i worked at lexus on over 250k and still strong!! Brake lines rot pretty bad on these and rose joints on the back prone to go, engines are bullet proof!

ClioSport Club Member
All about the base
Are you going to replace the silver badges with some nice tasteful gold ones to compliment your theme?

ClioSport Club Member
Golf GTI, Jap Tank.
You can sail across the channel in it. It's perfect!

I'll look forward to seeing what you lads do to this!

ClioSport Trader
PM me 4 Car Finance
So, having now owned the tank for a little while, @Saner (& his dad) has slowly been tinkering away with the old beast in preparation for its upcoming MOT - more than likely the reason why the previous owner flogged it id imagine ...

First things first, the carpets were rank, now they are less rank: 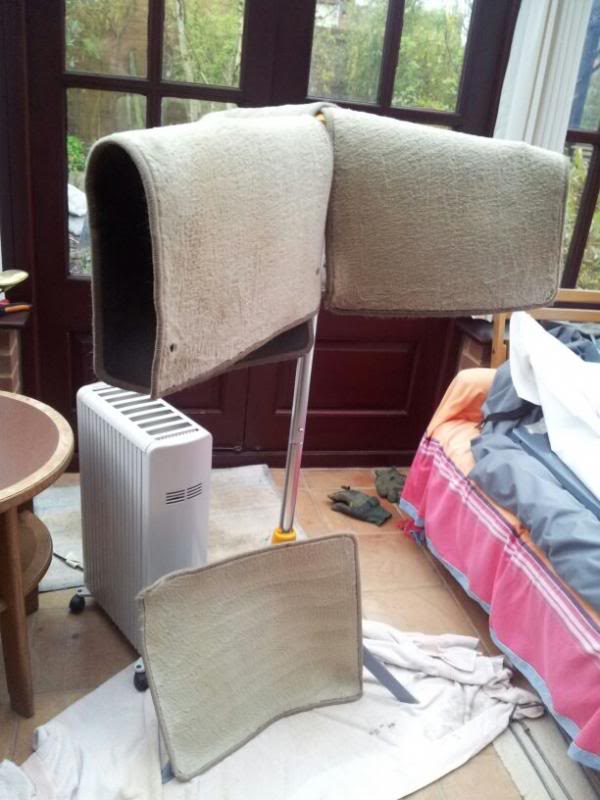 The Radio was broken - now fixed thanks to a great main dealer giving us the code. I can only imagine how they giggled seeing this thing rolling up outside Apologies for Radio 1, Radio 4 will normally be listened to, it was clearly a moment of insanity by Saner. 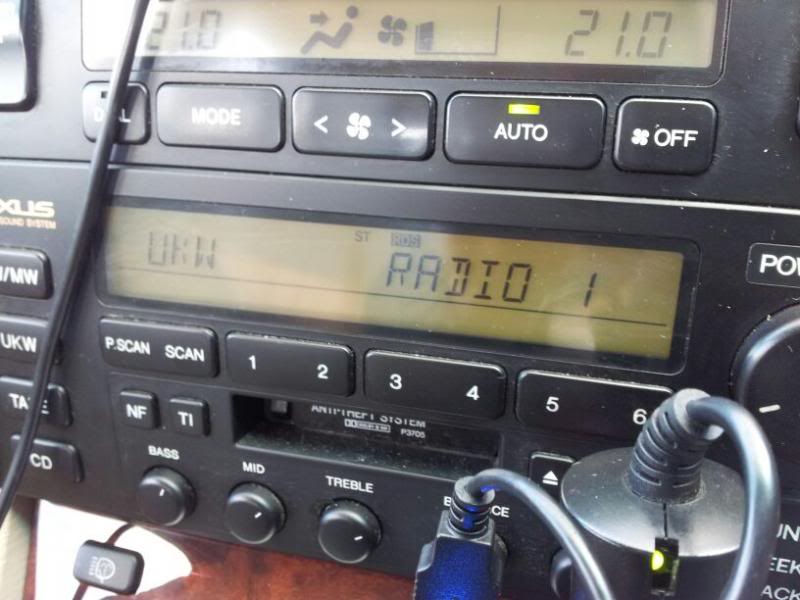 The rear tyres were also knackered, cue a dodgy local tyre place and £70 later, two of these high qulaity specimens were fitted. 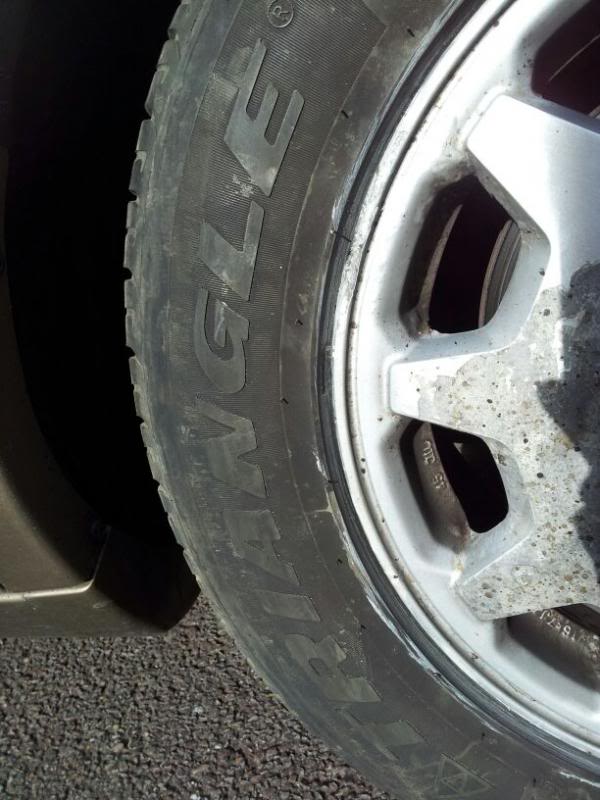 The tracking was also rather laughably out, so that was also fixed. 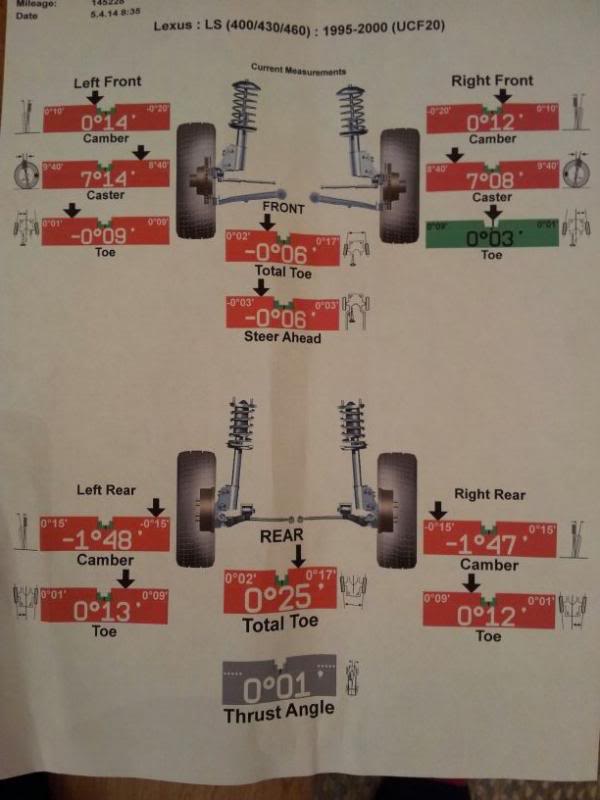 Having lived in Hull for most of its life, the cars underside also looked like it had been kept at the bottom of the sea, so that was all cleaned off & waxoiled over. 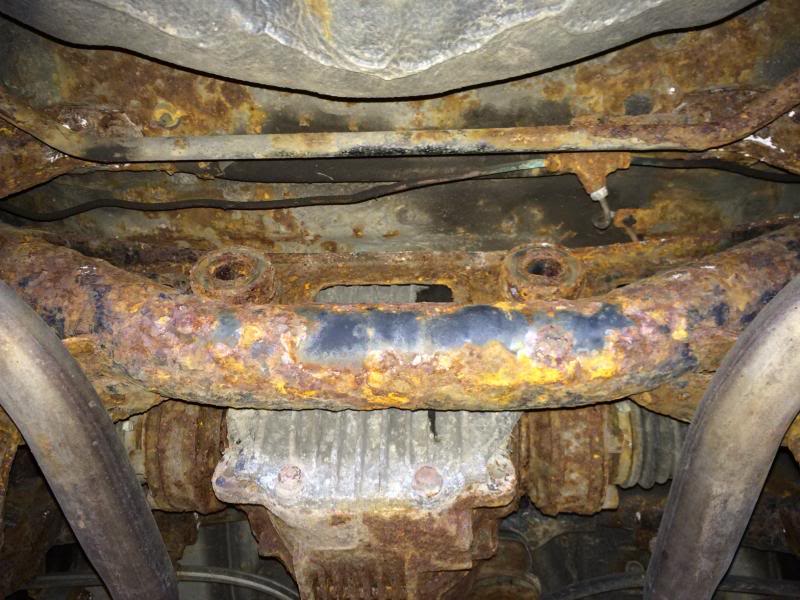 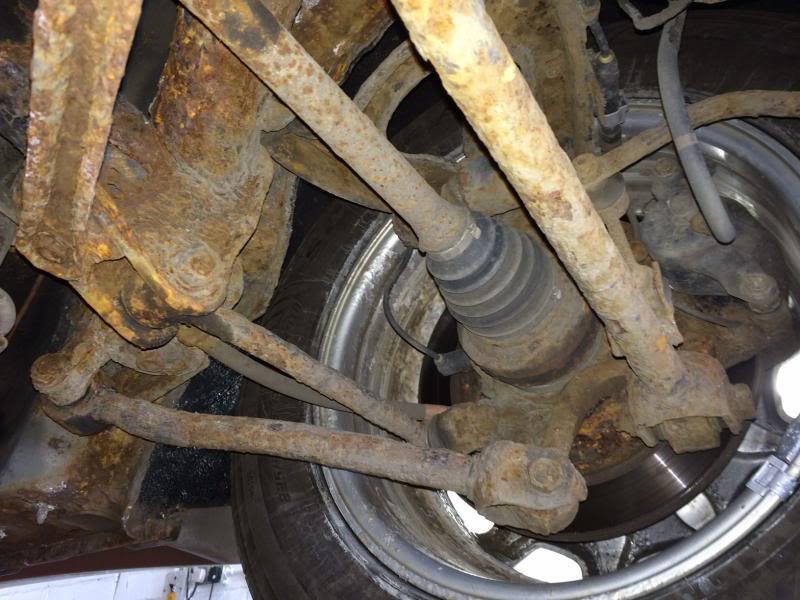 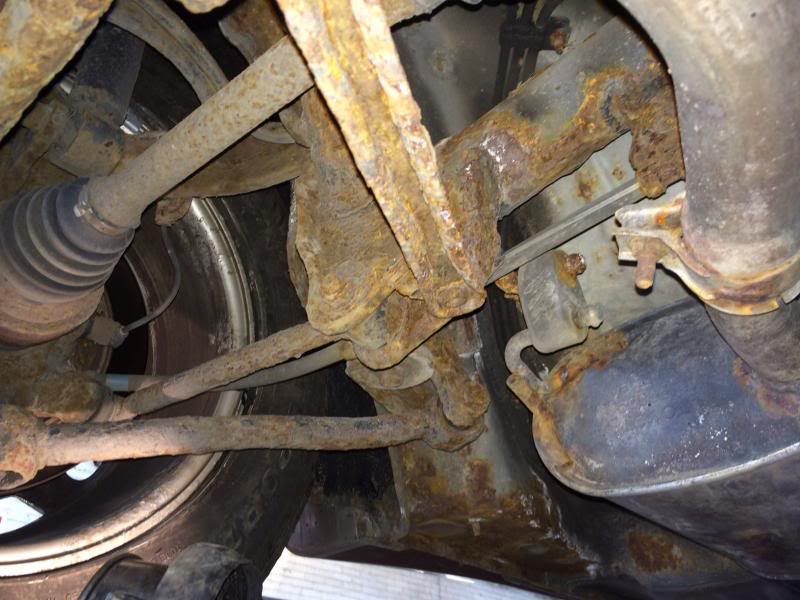 I havent seen rust that bad since i was last under an e36 BMW tbh.

Then the cat to downpipe was bodged back together with gumgum bandage/putty stuff: 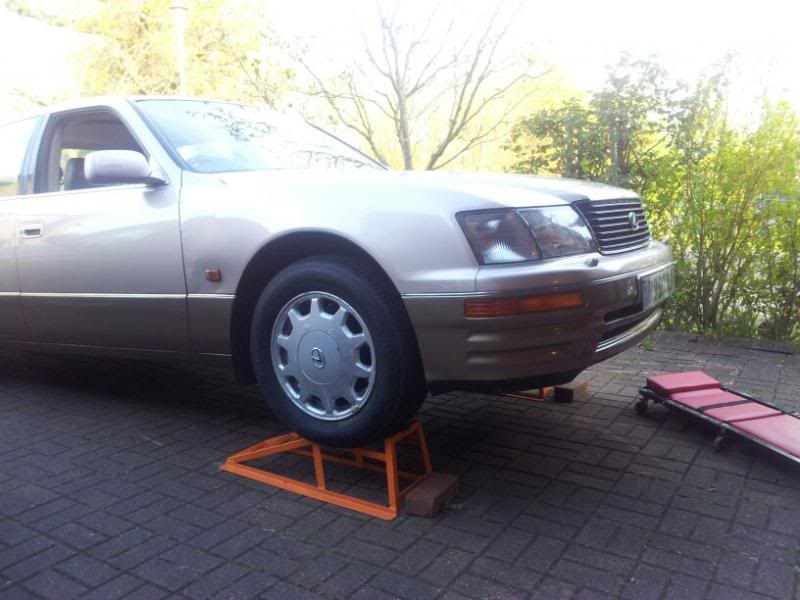 And finally, the outside was given a good clean in preparation for its MOT .. 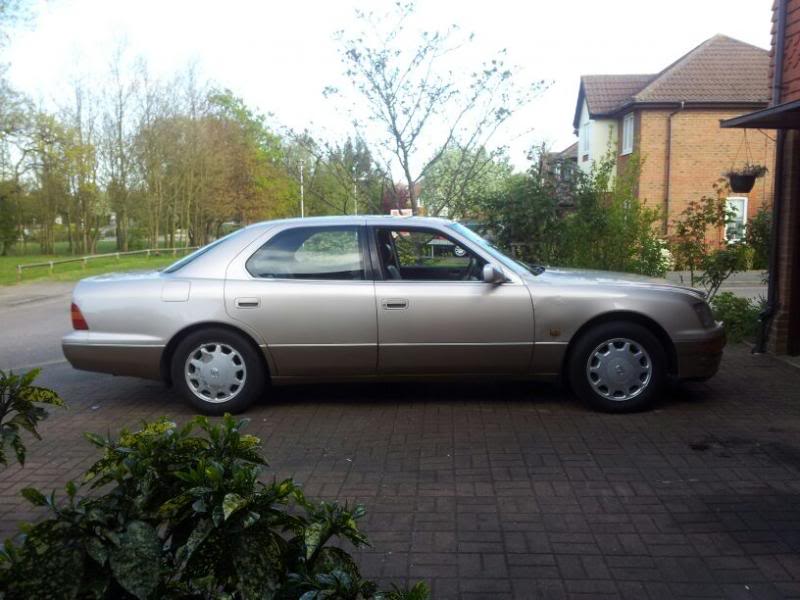 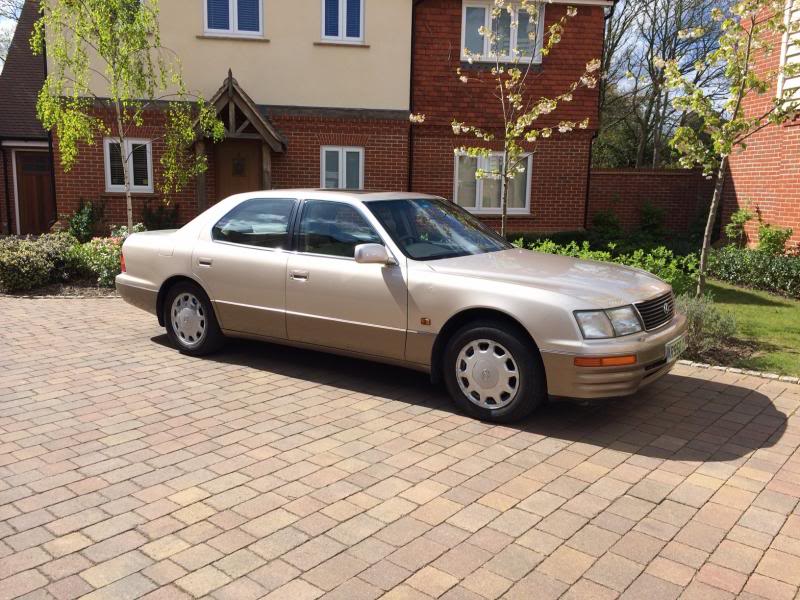 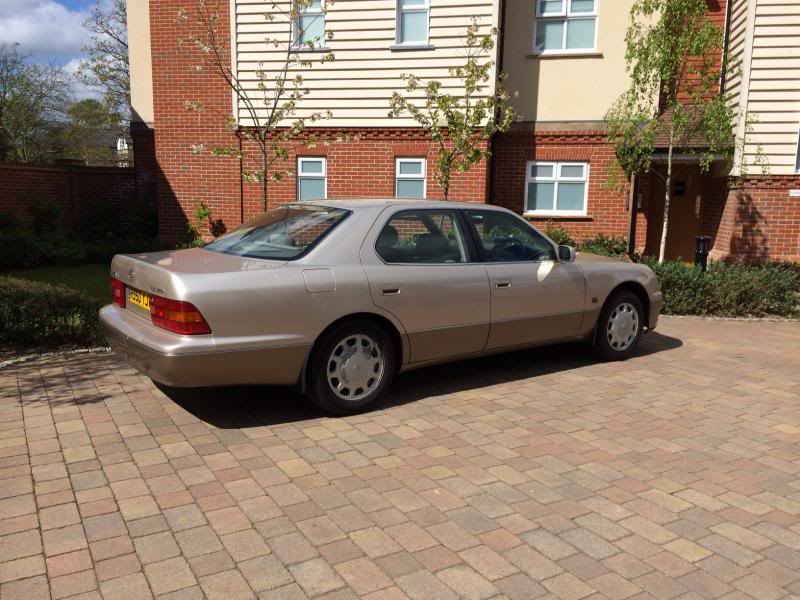 Oh, and the interior. 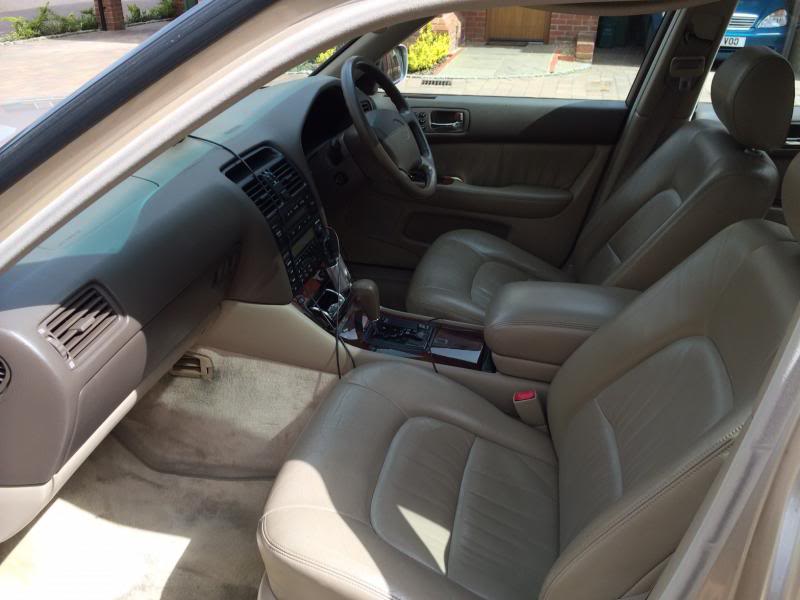 Saner and i then took it for an MOT, crossed our fingers and it passed :approve: only advisories were the rear springs are a tad corroded.

Personally, whilst Saner thinks its a shed, i really want to buy 19's and some coilovers. Sad i know, but i think this looks ace :clown: 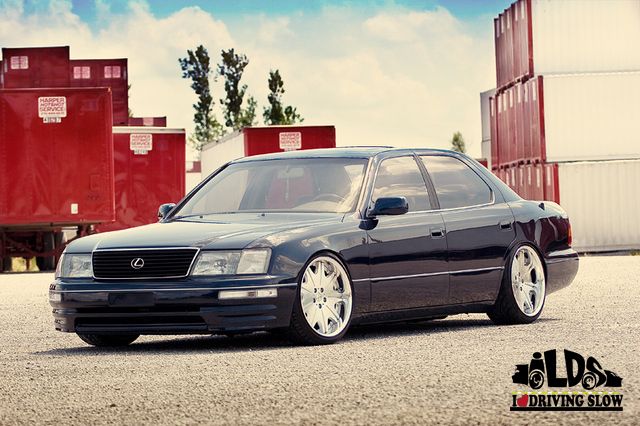 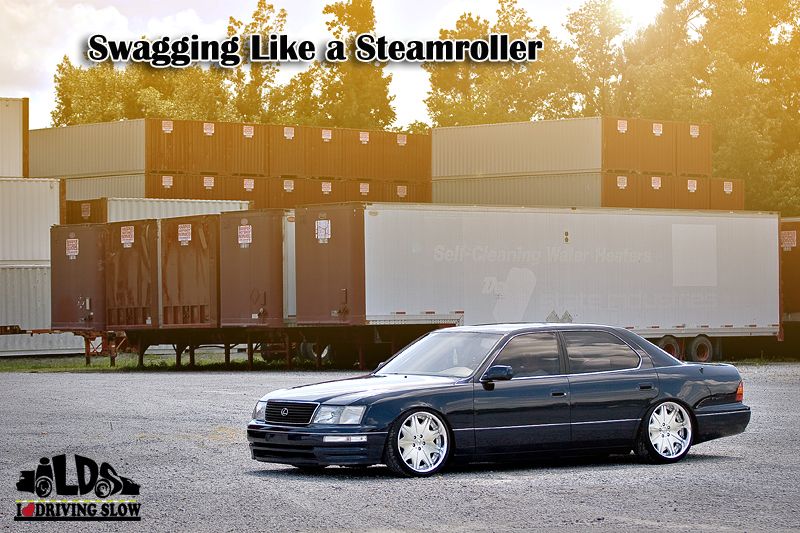 Lol! The size of the effing thing! How long is it, Dave? Looks like you could pour some oil in it and send it across the atlantic!
S

ClioSport Club Member
Suzuki Jimny
Words cannot describe how much I want this to be mine.

Anyone remember in Street Fighter having to kick the s**t out of one of these ?

ClioSport Moderator
F-Pace
Awesome. It's going to be epic at Le Mans.
You must log in or register to reply here.