ClioSport Area Rep
Fugly
So, the scoob is causing me issues again, and having no car drives me mental...

After searching the internet for a whole week for a mint low milage modified Ph1 172 which was NOT silver, I popped t'countryside today and happened upon a completely standard Ph2. 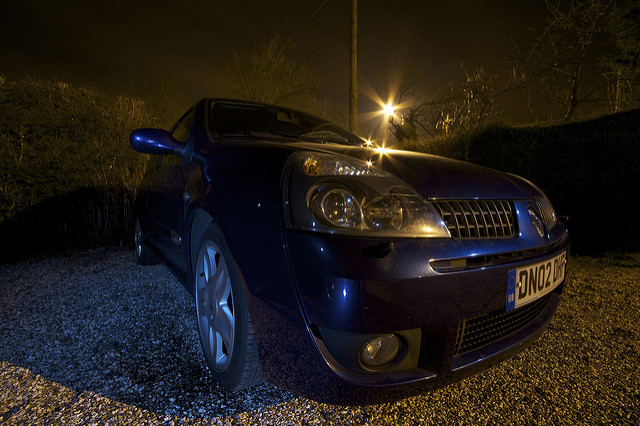 Seemed to fair alright on the way back to glorious Essex apart from a possible small exhaust blow.

~38MPG according to the OBC is much better than the scoob, but no where near the 45 I'd have got in my old ph1 :dapprove:

Coming from a 4wd bus with more torque than the death star, it seems very underpowered and understeery ! :quiet: Nice to be able to go over speedbumps for the first time since 2005 though haha !!

It will take a little getting used to, but it's staying totally standard for a few months at least until I decide if I'm keeping it, swapping for a Ph1, buying something else altogether, or just getting this how I want it ! Oh yes, the list of mods already 99% complete in my head. All my cars come from Somerset... They are also ~40 miles west from the previous one so I should be able to work out with some simple GCSE maths skillz where my next car will be...!

I'm off work Monday waiting for electric company to turn up, so it will get a damn good clean as it definitely needs it now :dead:

ClioSport Club Member
VRS 230 & Ep3
45 mpg out of a 172?! Neither of mine have ever managed that! you are having a GIRAFFE! Theres an odyssey blue ph1 in my car park here, hardly ever moves. always wanted to clock the guy who owns it to see what the crack is with it. miles from ooooo arrrr country tho.

what camera are you using to take that pic? looks almost real!

ClioSport Area Rep
Fugly
I could easily see 45 on my ph1 (on a sensible 60-70ish run). Managed 65 miles at 49mpg once thanks to the traffic. Housemate's one was normally +1 or 2 compared to mine as his was stripped. Could also see 28 driving like a clown on short journeys. Anyway lets not open another debate on MPG ;-)

ClioSport Club Member
Abarth 595
i can easily get 45+MPG on long journeys.

ClioSport Club Member
VRS 230 & Ep3
hopefully mine will be a bit better on mpg after getting stung 500 notes next weekend for the 'balls out' full service at nw performance. didn't help that i was lugging about a set of alloys in the boot. if not, not really arsed as at least it isnt a diesel.

need to get myself one of those cameras.

ClioSport Club Member
Many Things
Ph1s rev lower due to the longer ratios. My ph1 did 45mpg on a 200 mile jaunt to fcs and in general. The trophy is worse as it revs higher.

Nice purchase. Shame milage put you off some ph1s. There were a few high nice high milers around.

/ph2 wishing it was a ph1 club


Silent_Scone said:
I got 27 out of mine once

You! Back in your box. Bad scone.

Nice purchase. Shame milage put you off some ph1s. There were a few high nice high milers around.


High mileage put me off because if I got a ph1 I wanted a mint one to keep for ever. Daily for a while then track toy. Couldn't wait for ever for "the one" but as said I can still sell this if needs be

Another person with broken dreams from Impreza ownership.

Another person with broken dreams from Impreza ownership.

No need to start a new thread so here's the outcome of a quick wash: 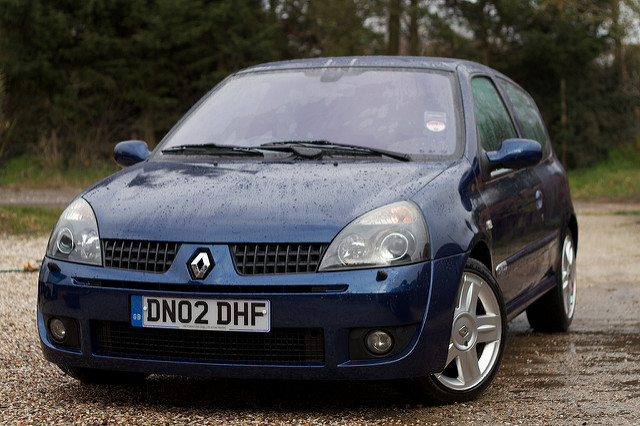 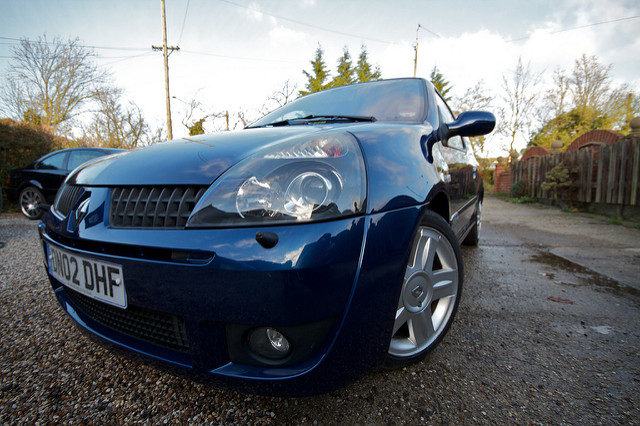 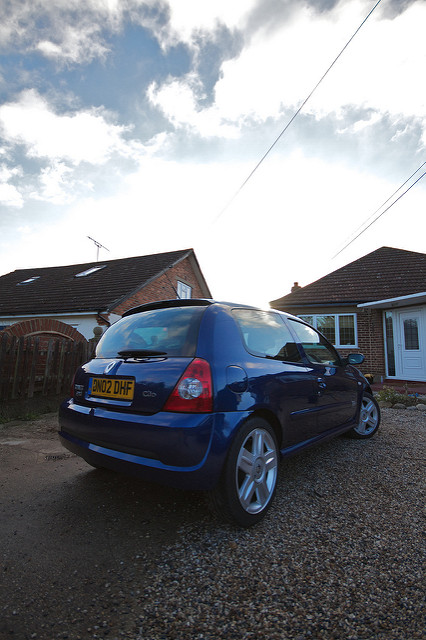 UR R26
Looks sweet Rob, look forward to seeing it for the RR charity event.

ClioSport Area Rep
Fugly
Cheers boyo ! You and the Dot coming back to Essicks, ya ?

TheEvilGiraffe said:
You! Back in your box. Bad scone.
Click to expand...

scrubs up well though

*Gets back in his box*
R


Quiet you drunkard ! :dapprove:
A

How much did you get her for? Gonna be looking myself again soon, and spec of phase 2(with a couple of choice engine mods), is winning over another phase 1 ATM, but think this may be due to my experience with last one:dapprove: Should have made the trek to get your black one, still regret it..

CLIO PH1 172
Lol I was ment to be workin on the car all day but after last night blaaah:dead::dead:

So what you doing with the scoob then

The scoob needs fixing and selling. Fuel pump got no power again. Need to find some enthusiasm/time during daylight to sort it !
A

ClioSport Club Member
A Yellow One
Tis rather lush
Now where are the keys.... :evil:

ABOO said:
I know you've still been on here mate, I meant out of a Clio
Click to expand...


Well I've been driving the OH's 182 and now the dirty (filthy) diesel she rattles around in, so not really away from silly French girls cars at all haha !

ClioSport Club Member
A Yellow One

TheEvilGiraffe said:
Well I've been driving the OH's 182 and now the dirty (filthy) diesel she rattles around in, so not really away from silly French girls cars at all haha !
Click to expand...


My turn to drive your bus for a while ! :rasp:
You must log in or register to reply here.