PH1 V6
Well actually an owner for 4 weeks now!
First looked at buying one in 2011 but ended up working overseas so didn't need a car. On my return I went a different route and bought a R53 Mini GP, modified it to within an inch of its life and loved the thing however, finances took a turn for the better and bought an E46 M3 CSL mainly as an investment. 20 months later it paid off quite well and ended up buying an E92 M3 CP, outstanding car and couldn't fault it at all...apart from the fact it bored me to death!
So it got moved on and I decided to find a car with character and, as a result, Phase 1 No 445 ended up belonging to me. Current mileage is 41,000. Have a 2nd car so it isn't going to be a daily as such, however, it will get used regularly. Having had the BMW as an investment was frustrating as, although I profited from it, with being a petrolhead it bugged me massively that I was torn between using it and potentially harming the value of my investment. With the Clio that won't be an issue as values are going to take a back seat to me enjoying the car so whether they go up or down is irrelevant.
Anyhow, since buying it has had an upgraded security system as I tried to get the Tracker transferred from my previous car and they wanted silly money, so much for customer service.
It's also been into the detailers for a 6 day pampering session, he's done two of my previous cars and his work is outstanding. It had a 2 stage m/c polish, coating of gTechnic CSL and a coating of Zymol Concours wax. Wheels, glass and interior are also done with the relevant gTechnic products.
Managed to get hold of a clear engine cover which is now fitted and looks pretty good if you like that sort of thing :smile:
End of the month it's off down to Scott at SGMotorsport for a new cam belt, water pump and any other bits he recommends whilst the engine is out.
Mid to late September an Orbisoud back box will be delivered and fitted, hopefully will improve the sound as I think it's a little muted as is.

Then it'll be time for the bank account to recover but, at long last, I have a car that makes me grin each time I open the door to the garage. I know they're not overly quick and that when it's damp they like the idea of going backwards into hedges if pushed a bit too hard but hey, it's worth it! 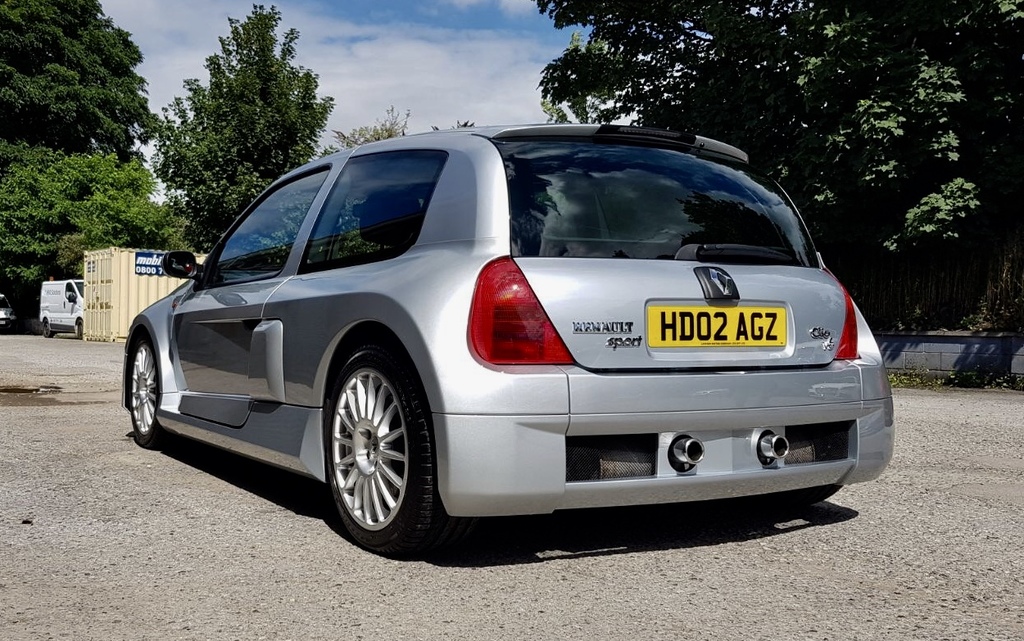 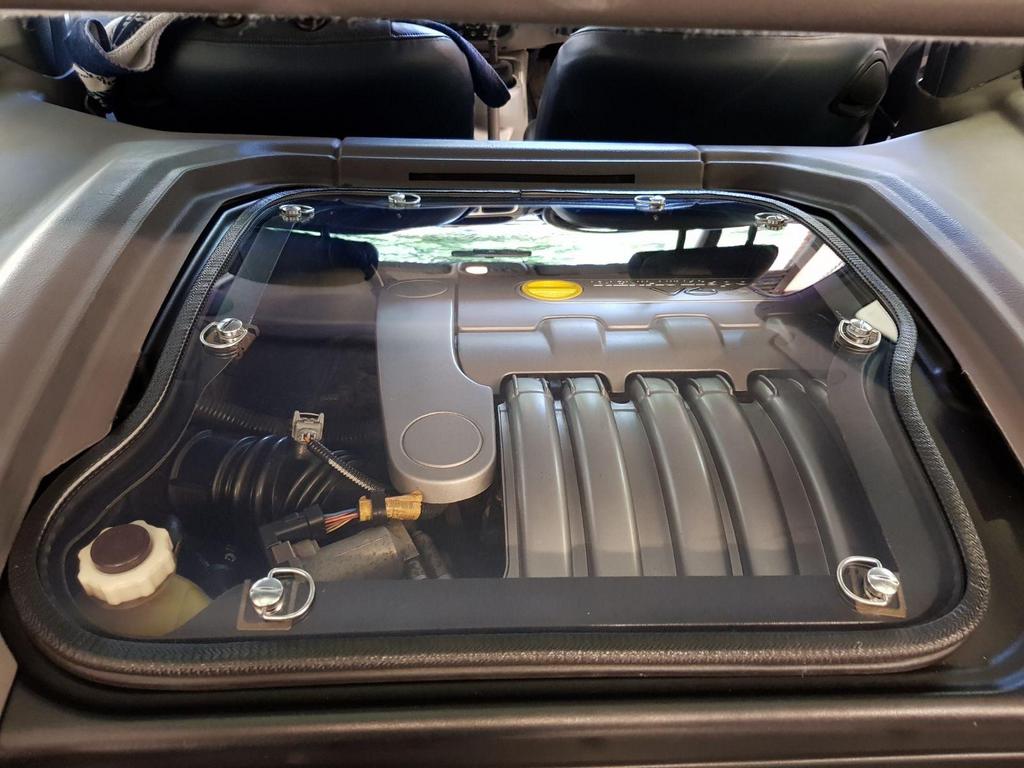 Welcome to the forum, you'll find a wealth of knowledge here that i've never seen on any forum before!

PH1 V6
Thanks Danny, already wishing I'd got one back in 2011.
Maybe not the stereotypical Clio owner though, 63 and retired :up:
M

Mec 350 slk manual
Welcome along
A

Seat Leon
Welcome
Agree grin on my face too.Everytime I start the vee up

ClioSport Club Member
BG 182 at last!
Welcome, great car journey you've had and the V looks great. What a way to do retirement!

ClioSport Club Member
Trophy,V6,5GT,AG200
I like that engine cover

Good to meet you buddy

Delighted with the cover!

Lol Only way we can afford the insurance

mossyv6 said:
Lol :smile: Only way we can afford the insurance :wink:
Click to expand...

Never mind the insurance, the cost of a V6 is scary money now. Need a pension to cash in to get one these days!!

jamesycc said:
Never mind the insurance, the cost of a V6 is scary money now. Need a pension to cash in to get one these days!!
Click to expand...

Yes I agree mate, good for people who own them already but not good for potential purchasers. 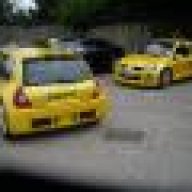 Maybe yes, maybe no.
Not exactly overwhelmed with choices, either Quicksilver or Orbisoud from what I can find.
Mailed the Frenchies and they can make me an Orbisoud Race (no other option given), decided to take a chance and hope it doesn't rattle windows or scare dogs.
Had a Supersprint Lightweight Race on my CSL and it wasn't overly loud.

PH1 V6
Has anyone heard one of these exhausts for real?

YouTube doesn't offer much plus sound quality is usually quite crappy. 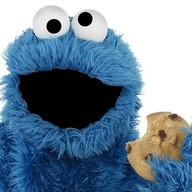 Clio 182
That's a great looking car and looks to be in great condition too....... really like that engine cover!

It's crazy how much the CSL's have rocketed in price, I know someone with one too and it's proved a tidy investment that's for sure!!
R

ClioSport Club Member
DCI 175
I had a quicksilver on my Vee and it was ridiculously loud. In fact i had to drive with earplugs on the motorway.

Outside of the car the noise was immense.

I would probably go down the Custom route.

PH1 V6
Have spoken to a couple of local companies re a custom one, Miltek and Scorpion.
Neither were unable to offer anything.
Have had many listens to the Quicksilver one on their site and, to be honest, I could live with that ( we're all different :up: ).
The only nagging fear I have re the Orbisoud is that they've only offered a Race version and am a bit wary that it'll be stupidly loud, it's also £400ish more than the Quicksilver which means it could turn out to be an expensive mistake!
It's not like it'd be easy to sell on.

PH1 V6
Sooo,
After a good while searching, which had been preceded by even more searching prior to ordering an Orbisoud....I'm sticking with the Orbisoud.
Did a search for Quicksilver on the V6 forum and noted there were a few comments re fit and a few more on droning as riz commented on. A similar search for Orbisoud came up with no complaints on the sound but only on the cost. Comments re sound were only complimentary. Have already spoken to Scott at SG and he said they were expensive but the quality was unbeatable.
As said, when I had the CSL I went for the SuperSprint Lightweight race back box and the non-resonated centre pipe and it droned about as much as my ex missus and was also about as toneless. Refitted the resonated centre pipe and it was fine. i live in an area where both my garage and the road out of the village is surrounded by tall buildings (built in the 1800s) so any exhaust noise is very much magnified. Not too worried when on the open road.
The E92 exhaust mod was pushing the limits but they only had to put up with it for just under 4 months :smile:
Might scoot into Derby tomorrow morning, buy myself a baseball cap and a few hoodies.

Plus, we're only here once.
R

Already spoken to him mate,
He hummed and ahhed and then politely declined to make one, said he'd had a few too many being initially delighted then back after a few weeks saying their exhaust was too loud
Thanks anyhow bud.
R

ClioSport Club Member
DCI 175
No way. He is a genuine guy in all fairness so must be true or not cost effective with labour etc maybe?

PH1 V6
He seemed very genuine and I got the feeling he regretted saying no. However, could understand his reasoning if he's been messed about once or twice.

PH1 V6
Different day, different decision!!
Having looked into whether or not I'd have to pay VAT on an Orbisoud and being disappointed by the answer, Quicksilver it is.
By the time the VAT had been added to the Orbisoud it would have been not far off twice the price of the Quicksilver and approaching the realms of being silly money for what it is.
Common sense has to apply I'm afraid

Love the Mk1 V6 though, more than the Mk2 even, but I think that I'm in the minority there.
Lovely car.

PH1 V6
I know what you mean mate re the CSL,
However, although the car was one of my favourites, it was purely as an investment and on buying it I'd said that once it reached a certain value it'd be sold as it would be over my comfort level. 20 months after buying it was gone
It was only ever going to be a Mk 1 V6.

ClioSport Club Member
Titanium 182
If you want a custom exhaust, speak to Charlie at CGR Automotive.

JamesBryan said:
If you want a custom exhaust, speak to Charlie at CGR Automotive.
Click to expand...

Many thanks for that James, much appreciated.
Have already spoken to Quicksilver and paid for one.

moktabe said:
Many thanks for that James, much appreciated.
Have already spoken to Quicksilver and paid for one.
Click to expand...

They sound good, i heard an Audi R8 V10 with one the other day and it sounded mental!

Where abouts in Derby are you?

moktabe said:
I'm in Darley Abbey if you know it.
Click to expand...

Sort of yeah, i've got a mate that lives in Stenson, near the bypass.

PH1 V6
Know it well, used to live that way.
It's the opposite side of Derby from me.

moktabe said:
Know it well, used to live that way.
It's the opposite side of Derby from me.
Click to expand...

moktabe said:
I know what you mean mate re the CSL,
However, although the car was one of my favourites, it was purely as an investment and on buying it I'd said that once it reached a certain value it'd be sold as it would be over my comfort level. 20 months after buying it was gone :smile:
It was only ever going to be a Mk 1 V6.
Click to expand...

Congrats on a fine looking V6!
I've had mine for ten years now (also a Mk1, but one of the lesser spotted Illiad blue ones) I still love it!

moktabe said:
I'm in Darley Abbey if you know it.
Click to expand...