Rear disc will not budge!

So I thought i'd get my hands dirty and have a go at changing my rear discs / pads.

This has not gone as smoothly as I have hoped, and I've had to give up for the day with my car still on stilts.

One disc slid right off, the other will not budge.. i've tried:

Any other ideas? The thing is wobbling around the bearing now, but that's about it. It's not looking like it's wanting to come off any time soon.

Would a blowtorch help?

Thanks in advance for any tips!

172
Absolute PITA when this happens.

I suspect when you eventually get it off you'll find that whoever last fitted the discs didn't install the spacer between the hub and bearing. As a result all the 175 Nm hub nut does is push the bearing up onto a very slight radius where it becomes a press fit and hence it won't come off.

Though TBF even my new ones were an absolute PITA to get on, so much so I ended up putting a tiny chamfer on the end of the stub axle to get it started.

I didn't really find CS much help as everyone just said theirs slid off really easily or just with some light tapping of a mallet. Mine seriously would not come off. Had a look for the pics but the attachment seems to have disappeared.


* The "easy" side absolutely wouldn't budge. Eventually came off by battering the disc with a mallet until there was a lot of play in the bearing, then using a small screwdriver to pluck the balls from the bearing, thus making even more play till the whole bearing collapses on itself and comes off in a million pieces. Not recommended TBH. Alternatively you can get a lot more leverage on the disc if you put the wheel back on and kick the sidewall. Clearly though this doesn't quite apply the force in the correct direction and is more useful for creating play in the bearing, should you adopt a "kill the bearing" strategy.

* Blow torch just sets fire to the grease in the bearing and/or makes the disc so brittle that when you hit it with a mallet the thing just shatters!

* Tried a good 2 foot long pry bar, but I suspect it was mild steel because the pry bar bent.

* By far the most successful thing I ever did was buy some really long M12 bolts (but watch out because they are the finer of the 2 or 3 ISO M12 pitches), thread them all the way through the old disc until they are pressing against the hub to which the stub axle mounts, then progressively use a ratchet/breaker bar/impact gun on each bolt a few turns at a time. This pushes the disc off of the stub axle as concentrically as possible.

* Obviously this just pulled the disc and outer race away from the stub axle. Inner race was still stuck on the stub axle but this definitely counts as progress. Eventually came off with a pry bar.


Search the forum for "rear disc spacer picture" if you've not seen one. Very easy to miss or accidentally bin thinking it's part of the old disc etc.


On the subject of "if you think getting this one off was hard... wait till you try to fit the new one without killing the bearings..." After a lot of trial and error I found an imperial socket just the right size to place against the bearing so that when I hit it with a hammer I was hitting the outer race and not the (I'm sure this bit of a bearing has a better name) cover on the side.
Last edited: Apr 16, 2014
A

ClioSport Club Member
172 Cup
Thanks for this - I forgot to mention that the reason I am changing the discs is due to a knackered bearing, caused by... a lack of spacers! The side with the knackered bearing came off easily.

I have been reading up elsewhere, and some people suggest a sledgehammer. http://mechanics.stackexchange.com/questions/4/how-can-i-remove-a-seized-brake-disc

Going to give that a try first as it seems a simple option to begin with. I'll then try the M12 bolt option, as i'd rather not smash everything to pieces if I can help it (in which case a sledgehammer may not be the best course of action..)!

I'll let you know on my progress tomorrow, now its time for a beer.

S4 Avant
Try hammering off. The bearing will give up and the brake disc will come away, then use a set of bearing pullers on what's left.
S 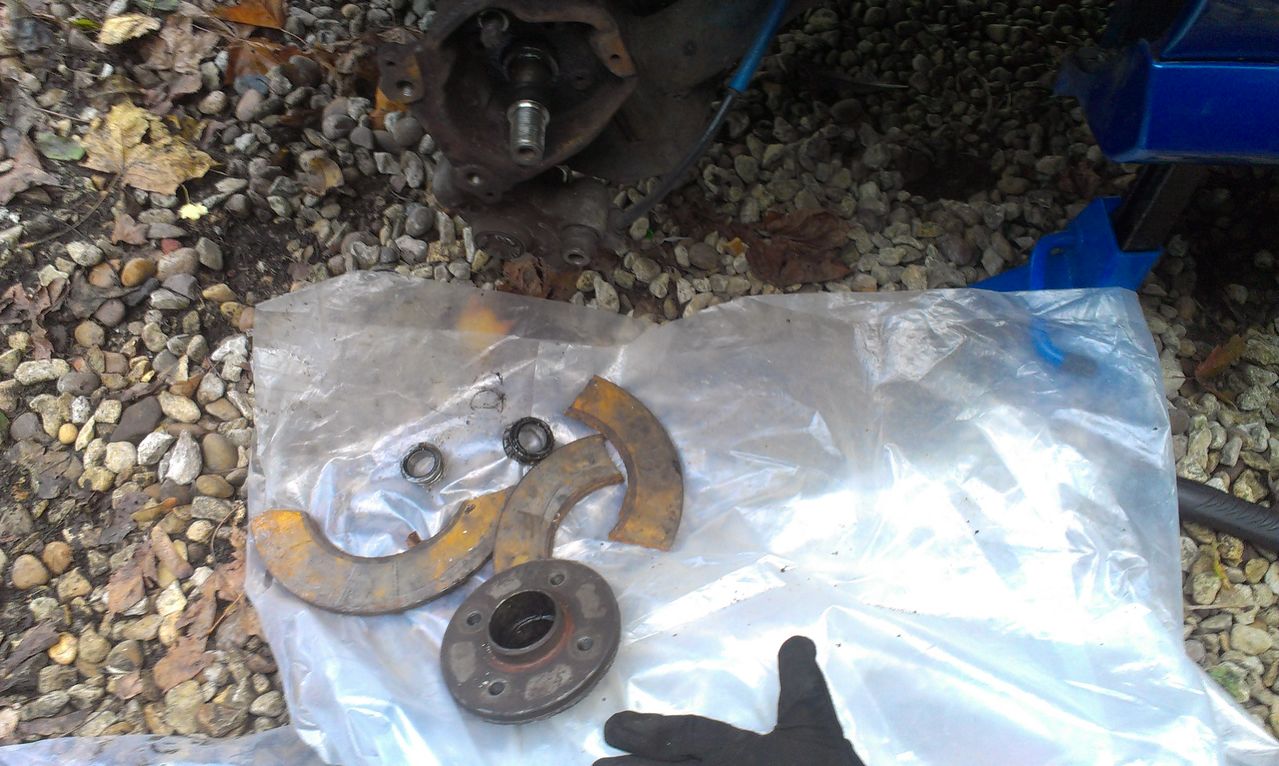 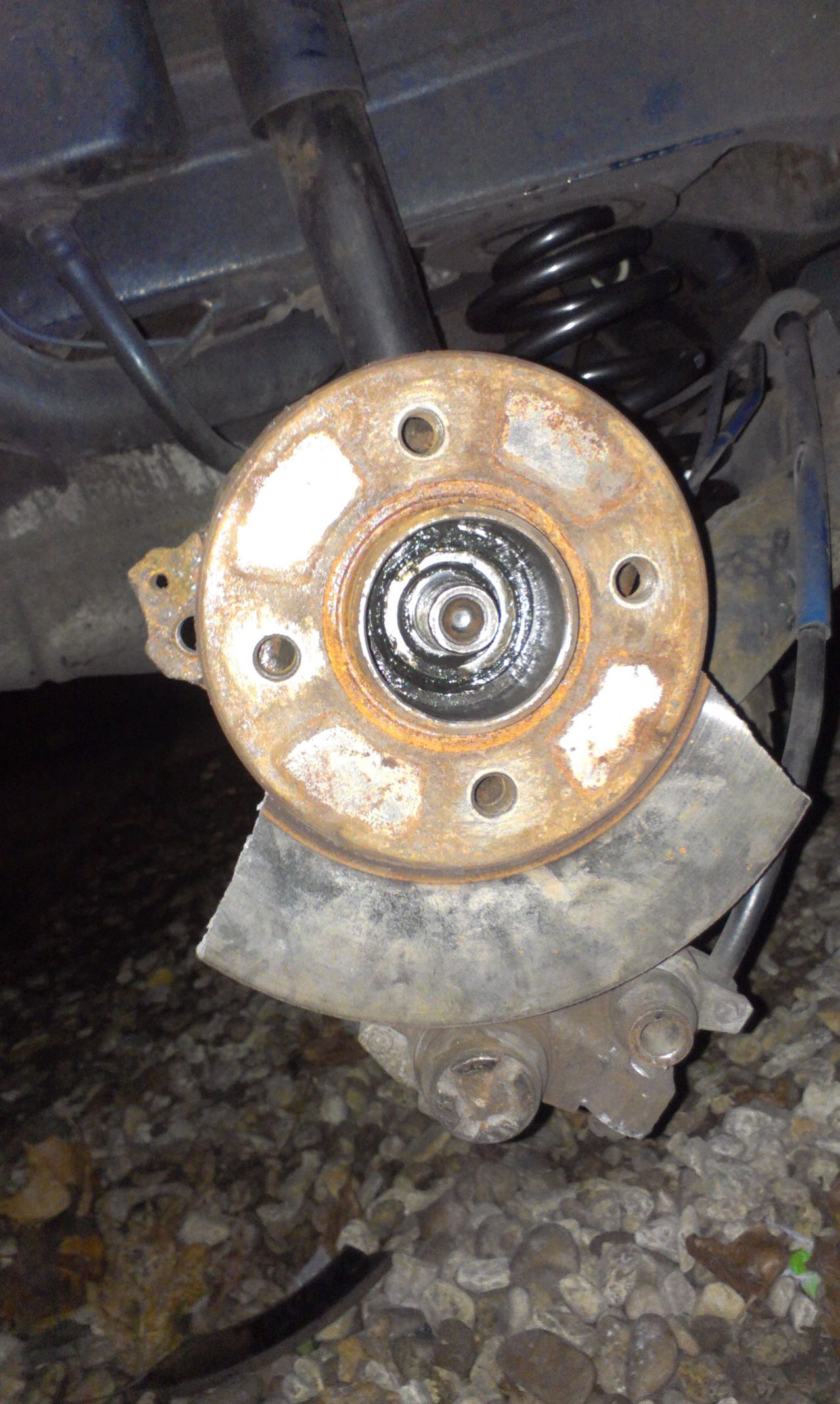 Using a lump hammer, i managed to get the disc off after much hammering.

I then went to bolt the caliper back on (using the correct torque setting of 60nm), and promptly stripped the caliper thread.

So much for a straightforward job!
J

RB 182 Clio
Yea one of mine was a mission. I just kept hitting it with a hammer for about ten minutes then eventually it just popped off lol.

Nothing's ever straightforward is it! 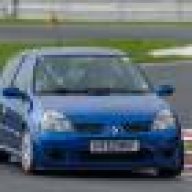