RS172 PH2
This one has been tripping me up for the past few weeks.

Whenever I rev my RS172 above ~6800rpm the engine goes in limp mode - no response to accelerator inputs. However the car works perfectly fine in any rpm range below that. I can arbitarily mash the accelerator, and ring it out to 6500 rpm consistently without a hitch. Car drives and idles fine. The fault also triggers while stationary, gear in neutral.

When the fault occurs, the engine keeps revving between 2000 to 3000 rpm. This is the exact same behaviour that occurs when the throttle body connector is disconnected. This lead me to replace the throttle body as my guess was at high RPM the airflow is highest, placing the most load on the butterfly valve causing it to go out of spec and throw the error. Bought a new in box one from ebay which initially seemed to fix things but then showed same symptons and failed in stuck open position a few weeks in. I'm debating whether to buy a new one from a more reputable vendor.

Fault codes that pop up:

What I cannot wrap my head around - why does this only happen close to the rev limiter? I searched and found others with the same codes, but nobody mentions the close-to-rev-limiter behaviour.

ClioSport Club Member
Titanium 182
Check the connection on the big white plug in the fuse box for any corrosion.

Can cause havoc with all sorts of issues, but fairly common for throttle problems.
A

RS172 PH2
Thanks for the quick reply! I checked the connector, it did not look bad but there definitely was some corrosion on some of the pins. I reinserted the plug a couple of times which should at least temporarily clean the corrosion off. Will see if the problem persists on my way to work tomorrow.

Not that common for the throttle body or pedal to be faulty really, although it's not unheard of. 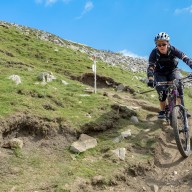 ClioSport Club Member
clio 172 phase 2
Does the idle go mental sometimes ?
I had a similar problem a few years ago and it turned out the be the pins on the plug on throttle pedal.
It would randomly idle really high or rev up on its own.

ClioSport Club Member
182 RaceVan
I changed a throttle body and accelerator pedal with no luck before finding the big white plug!

RS172 PH2
Update: reinserting the plug a couple of times did nothing. I then went and bought some contact spray the next day and applied a liberal amount to the suspected culprit... but unfortunately no change in behaviour.

@497adam no, the car idles just fine, I don't experience any issues with throttle sticking until the fault triggers and the 2K-3K rpm cycling starts.

I still suspect the throttle body, though I wonder why the new part failed. Perhaps there is some sort of calibration procedure that I missed? From what I could find the ECU learns the throttle stops automatically by turning on the contact for >5 seconds and then turning it off again.
A

a) yesterday I got ~2000 rpm idle for a bit. At the same time I was able to reach 7000 rpm without limp mode enaging a couple of times, though bouncing of the limiter in neutral engages limp mode in 3 seconds.

b) today the zigzag icon illuminated before I started the car. Car did start but idled at ~2000 rpm, no response to throttle pedal (revs did not rise because throttle was completely closed when error occurred?). I disconnected and reconnected the dreaded white plug and warning light went away.

It seems messing with the white plug does change the behaviour. I completely soaked both parts of the connector in contact cleaner to marinate over night. Looks like perhaps a wiring job may be in order.