ClioSport Admin
So after having a think about how much money it’s been costing me for a car that I only use almost exclusively to travel backwards and forwards to work, this happened...

The heating on the Megane had packed up and driving to work at 5am in the freezing cold had become unbearable. We also have a year old ST like Kuga that we use as the family bus but this is my wife’s so using that for commuting wasn’t an option.

Then during an unrelated chat with @Daniel the conversation turned to some of the cars he had in stock. He mentioned a Peugeot 407 estate that I thought would have been perfect for fishing trips, but it wouldn’t have done much to reduce my fuel costs. He also told me about a Peugeot 107 he had. 50 mpg’s and £20 a year road tax got me seriously thinking this might be what I was looking for.

After a discussion with work it was agreed that a journey to collect a car that would be my way of getting to work would be classed as an essential journey so I booked a train ticket and made my way down to Daniel’s to collect the car.

On arrival Daniel was very apologetic about the car being so dirty but with the journey I had ahead of me in pouring rain it would have been hanging by the time I got it back anyway.

A quick stop at a motorway services and I chucked £30 of unleaded in at a cost of about £1.50 a litre!

But this still very nearly filled it up from empty

Off I went up the motorway cruising along comfortably at 70mph. Being such a small car I thought it would be a nightmare to drive for the 140 odd mile journey but I was pleasantly surprised. In fact it would be fair to say that I was very very impressed with how it drove.

On arrival back home I could see that I had only used just over a quarter of a tank so I reckon it cost me about £10 to get back which was pretty impressive!

Now I know this won’t get anyone’s pulses racing and some will be wondering what the f*ck I was thinking buying this but in the current climate this is the PERFECT car for what I’m going to use it for. And I’d even go as far to say that I actually think it’s a cracking little motor! I’m sure most of you know that this is actually a Toyota Aygo underneath and I’ve been told that they are actually one of the most reliable cars on the road! So fingers crossed for some ultra cheap trouble free commuting for the foreseeable future. 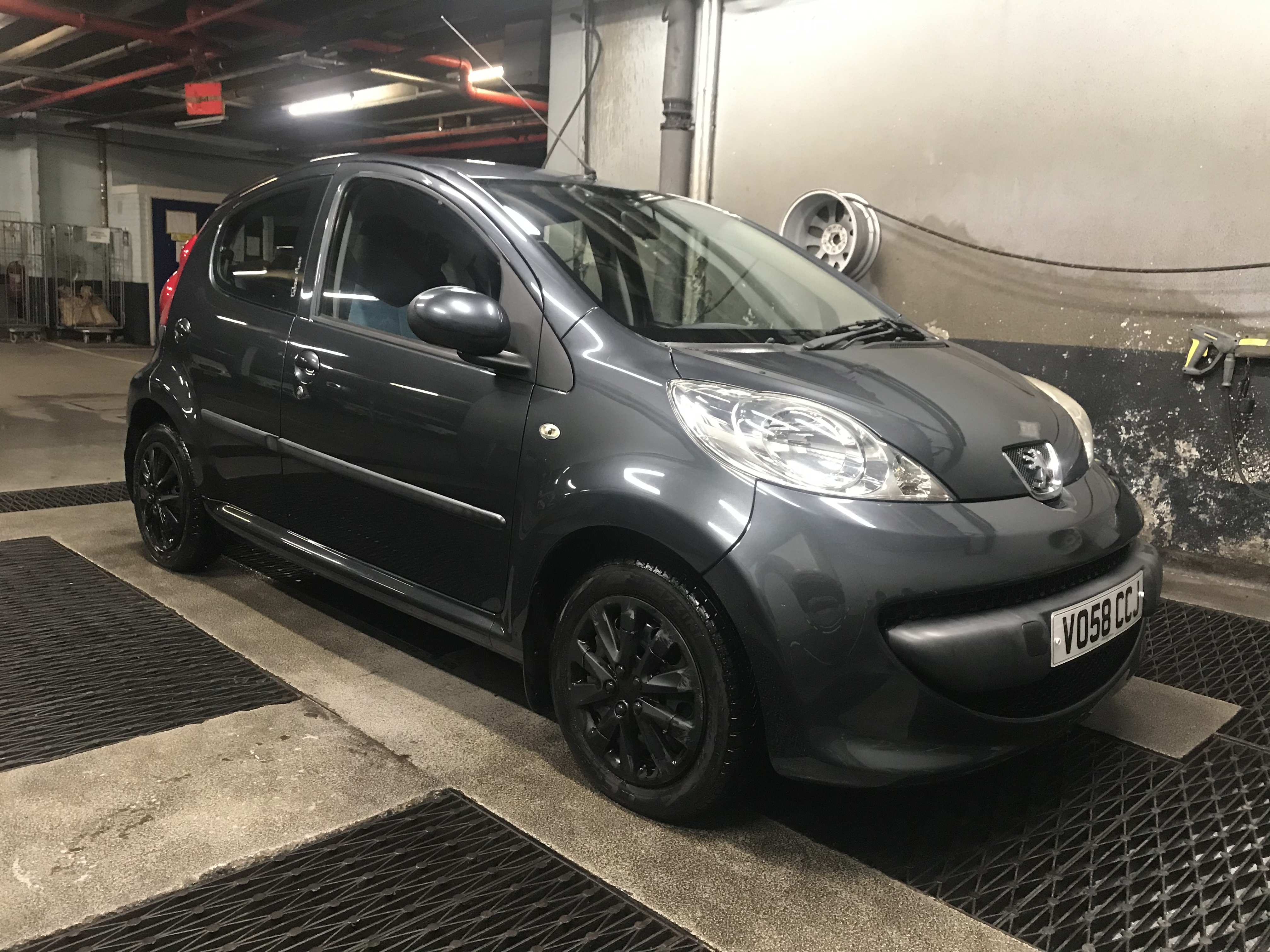 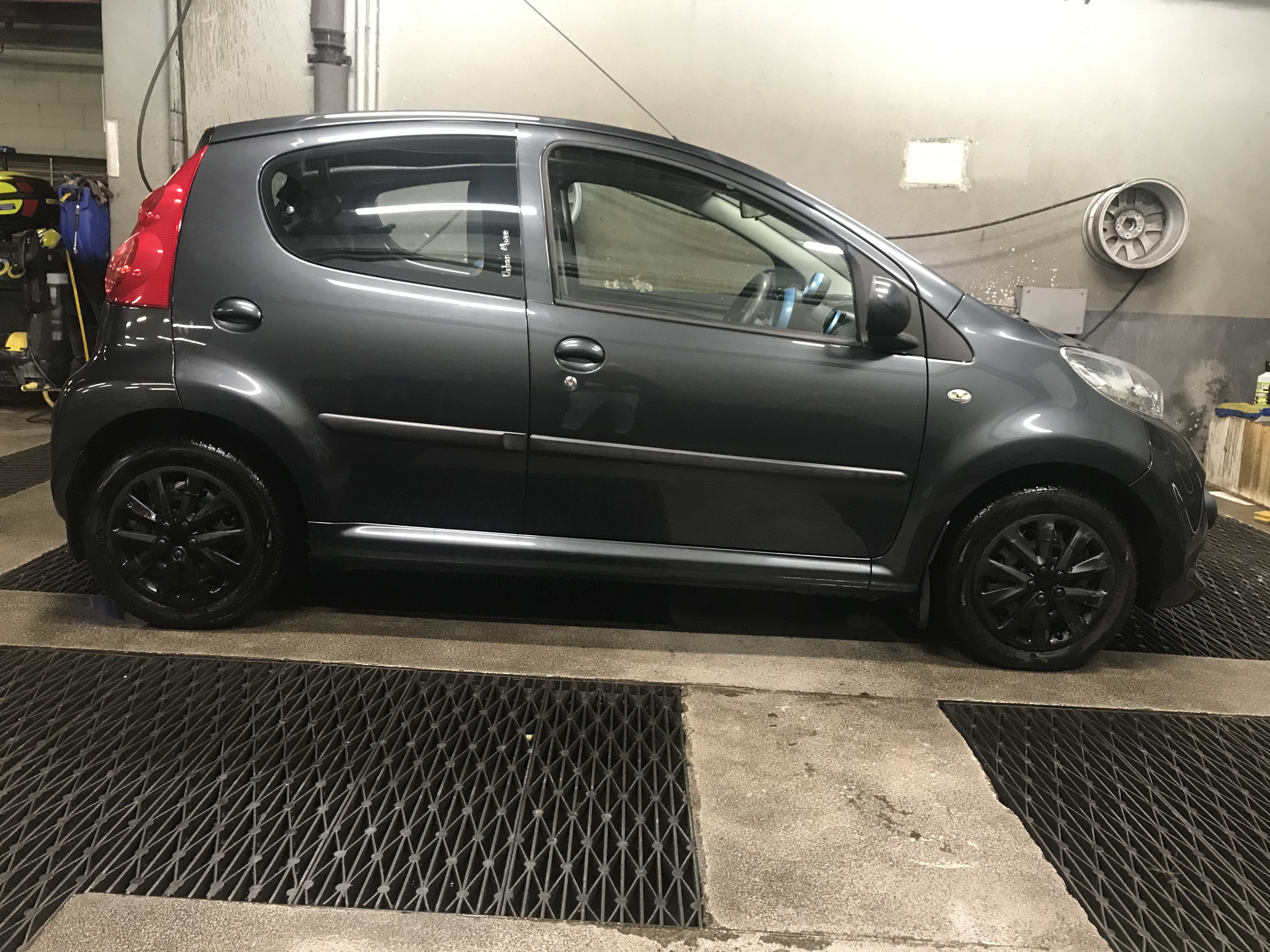 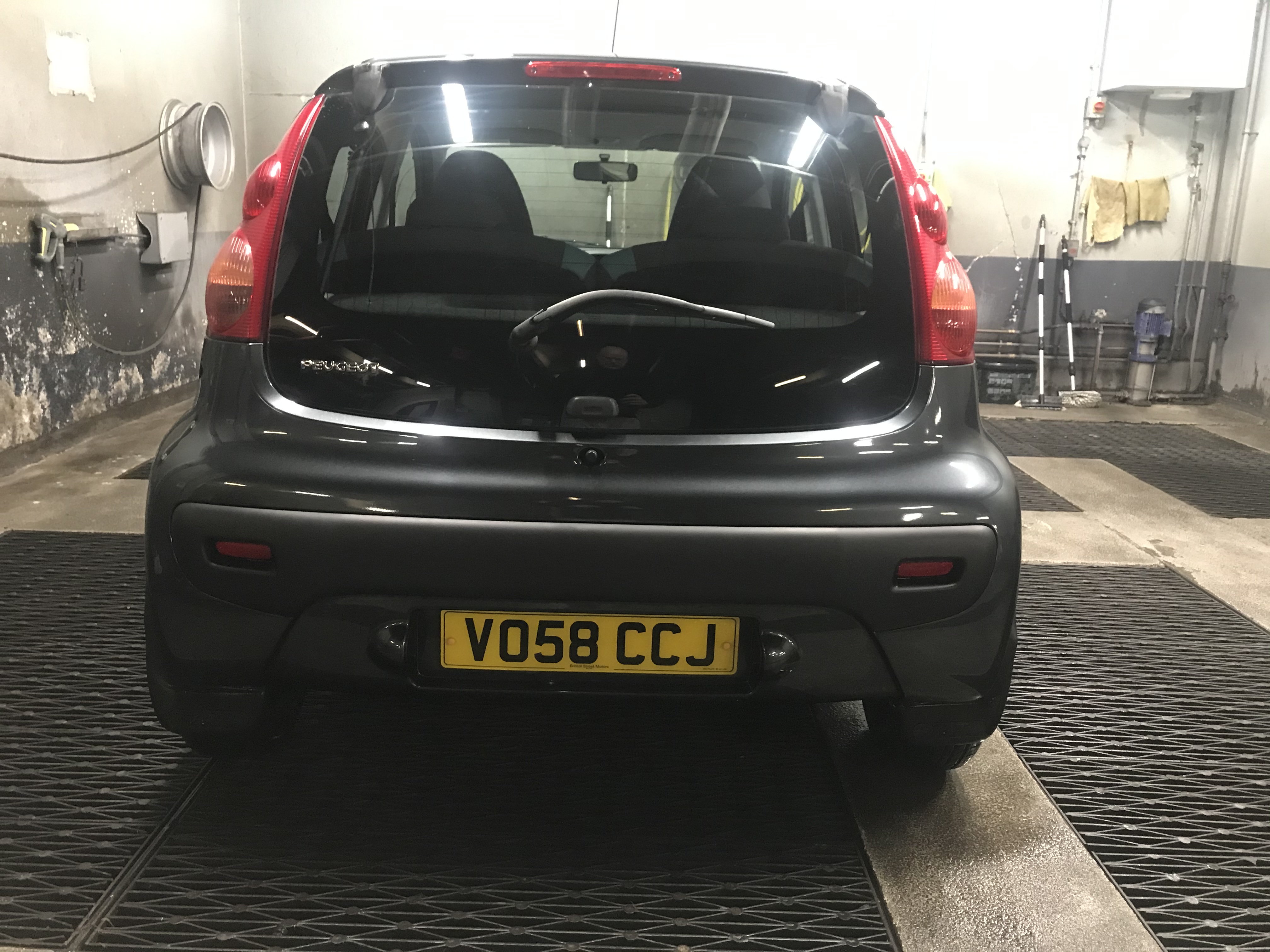 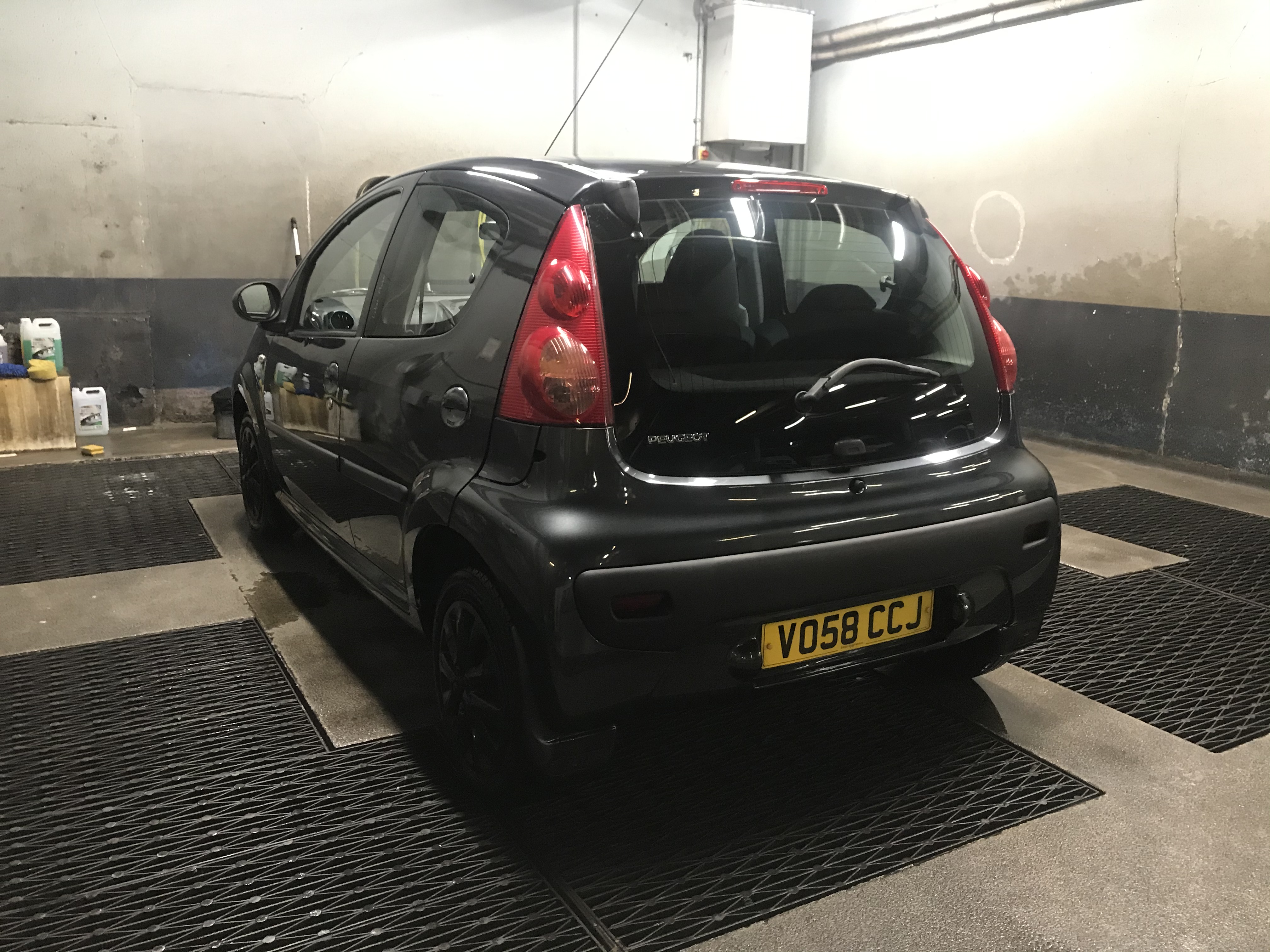 I'm fairly certain that they run on the fumes from the car in front! Just make sure the door seals and the exhaust manifold are fine and you're laughing mate, I'm pretty sure doing 10 miles a day my mrs filled hers up once every 2 months

ClioSport Club Member
BG 182
Looks great in that colour too.

ClioSport Club Member
Several
I like these tbh. Probably about as close as you can get to a modern version of the original Mini. Good buy if you want something to smoke about in for pennies!

ClioSport Admin
Tbf it’s incredibly roomy when sat in the front. In fact it like a bloody Tardis!

The backs seats not so much and the boot, well forgot it!

you’d be lucky to get a packet of fag papers in there tbh.

BUT, it’s matters not, it’s genuinely only to punt me to work and back.

ClioSport Club Member
182 + 330d
But now everything you will think aren’t doing well in life...

Greeny. said:
But now everything you will think aren’t doing well in life...
Click to expand...

ClioSport Moderator
To be fair, it looks really nice in that colour!

ClioSport Club Member
Boostvagn.
Be honest, you only bought this as an excuse to go chat to Wurzel

Nah 107/Aygo/C1s are brilliant little cars. And if you ever get bored of driving it daily, just go racing in it!

Cheap car, for a purpose. Can’t beat it.

Reminds me of the halcyon days of the Shicra. I miss that car.
J

My mum picked one of these up before Christmas and is constantly banging on about how brilliant it is.
Maybe she was right after all.

I really enjoyed driving our old 1.4 Ibiza on the odd occasion on my long commute to work (114 miles)

There was something enjoyable about pushing its limits within safe speeds, really having to work it to keep up with traffic and the ability for it to be frugal when you need it to be.

Actually have a lot of time for this kind of car! Like the colour too!

ClioSport Club Member
Porsche...a
Great purchase, as said above, I absolutely adore mine...apart from the fact that it now has an insurance tracker for my daughter fitted so I can't drive it how I'd like to.

If I ever find myself driving into the office 5 days a week I'd buy one of these for the task in a heartbeat.

Have you looked at parts prices? Nothing costs more than £60. Nothing.

Great throttle response, and they sound like half of my Cayman

ClioSport Club Member
Boris
Mrs has one well a c1 which is the same but I drive it to work and they are so so good on fuel!

They warm up in 2 minutes too which is perfect for this time of year.

ClioSport Club Member
Jim's rejects
What engines do they come with?

Donny_Dog said:
What engines do they come with?
Click to expand...

ClioSport Club Member
FF Jeden Osiem Dwa
Great little cars. You can have a lot of fun on the B roads, they handle surprisingly well.
I've had one a few times when I've been to Poland.
I drove it from one end of Poland to the other, flat out where possible, about 10 hours. I thought the fuel gauge was broken lol.

Aye that too, bit rarer to get a HDi but they're stupid on fuel

You'll have some fun ragging this about trust me

Good luck with it Ron.

Yorkshire Pudding said:
Aye that too, bit rarer to get a HDi but they're stupid on fuel

I don’t see the point in the diesels.

it’s not as if the petrol ones are expensive to run.

ClioSport Club Member
Jaguar XFR
Had one as a courtesy car and they were great. The clutch was a little high but really nice to drive

Im not sure how that happened

riz said:
Had one as a courtesy car and they were great. The clutch was a little high but really nice to drive
Click to expand...

Ours was like that originally, took all of about 5 minutes to adjust.

There's a huge community, and many YouTube video guides on doing any and everything you might need to on these.

I watched, I stuck my arm down the back of the engine, twiddled an adjuster, clutch biting point fixed.

ClioSport Club Member
Boris
The best thing is they're not actually that slow either!

The main problem with our is that it really is the poverty version as in no central locking at all. Bought my mrs a universal kit so that we have remote. Nothing worse than trying to get the key into the lock when it's chucking it down with rains

ClioSport Club Member
Clio 172
Tbf I had an aygo for a short while and thought it was a great little car. Sold it to my neighbour as her first car and it went on for years without any issues.

ClioSport Moderator
Whichever has fuel
What’s the bodywork like under all the dirt...?!

ClioSport Moderator
Whichever has fuel
For the record, I loaned the car to a customer out of good will, nothing more. It was clean and it had half a tank of fuel.

she returned it the night before Ron came down and the fuel light was on and this is what it looked like; 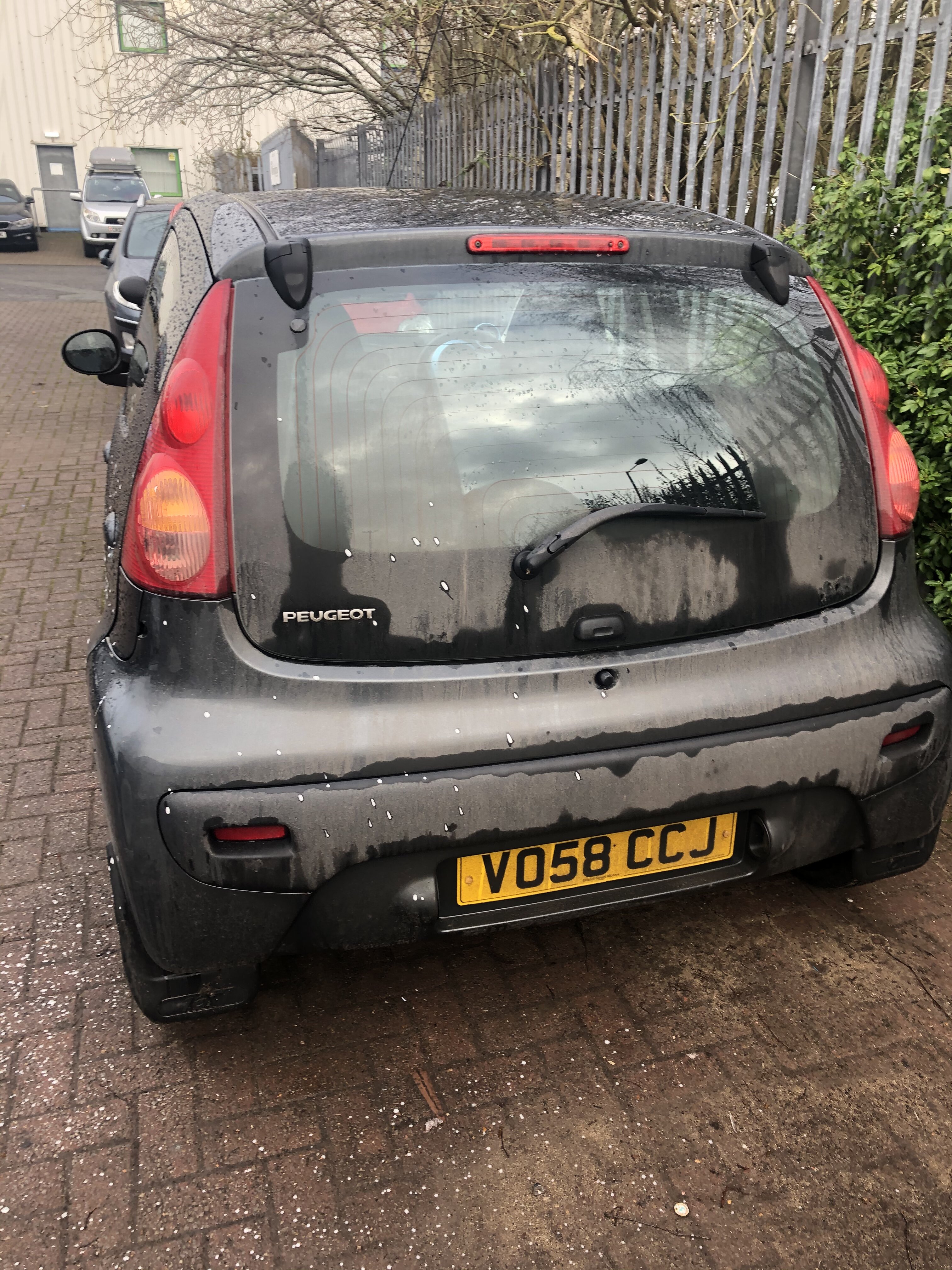