I'm trying to find where's the spot that the spring fits since it fell out while driving and i'm not seeing any clear spot where it was mounted, does some1 here have a dci that can check pls ? It's an 04'.

The spring is equal to this one: 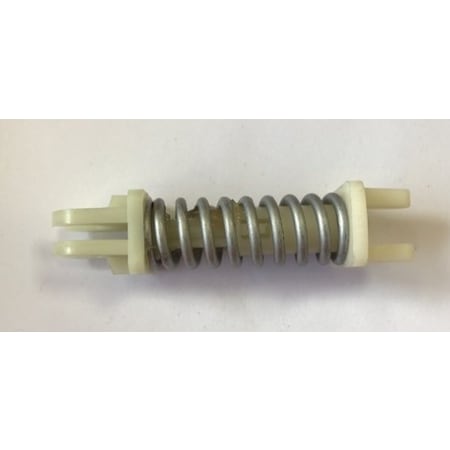 Filmed a little video to see if someone can help, the clutch has enough force to retract by itself, been driving it for several months this way because 2 mechanics i went to said "it was no problem" (maybe it's tough to put it back on and they didn't want the trouble?)

ClioSport Club Member
Goodwood Green '01
As someone who has no idea where that goes I would try your VIN number in https://partsouq.com/ and see if you can find the relevant illustration of where it lived
H

Clio II dci
Thanks, just found it, here , unfortunately searching with that info etc on other sites also with P/N 8200700275 i have no idea where that fits.
Gonna try to look better on the pedals again tomorrow, i see no mount behind the pedal for that for a spring that supposedly is to make strenght to pull it up, it must be somewhere on the top of the pedal on some weird mount, YT has pretty different mounts for other models.

ClioSport Club Member
Goodwood Green '01
Doing a quick google search for MK2 DCI pedal box brought this image up from an Ebay listing (https://www.ebay.co.uk/itm/133752838086). Checking your vid it looks similar but I could be wrong, you can see the wider side of the spring near the back of the assembly. 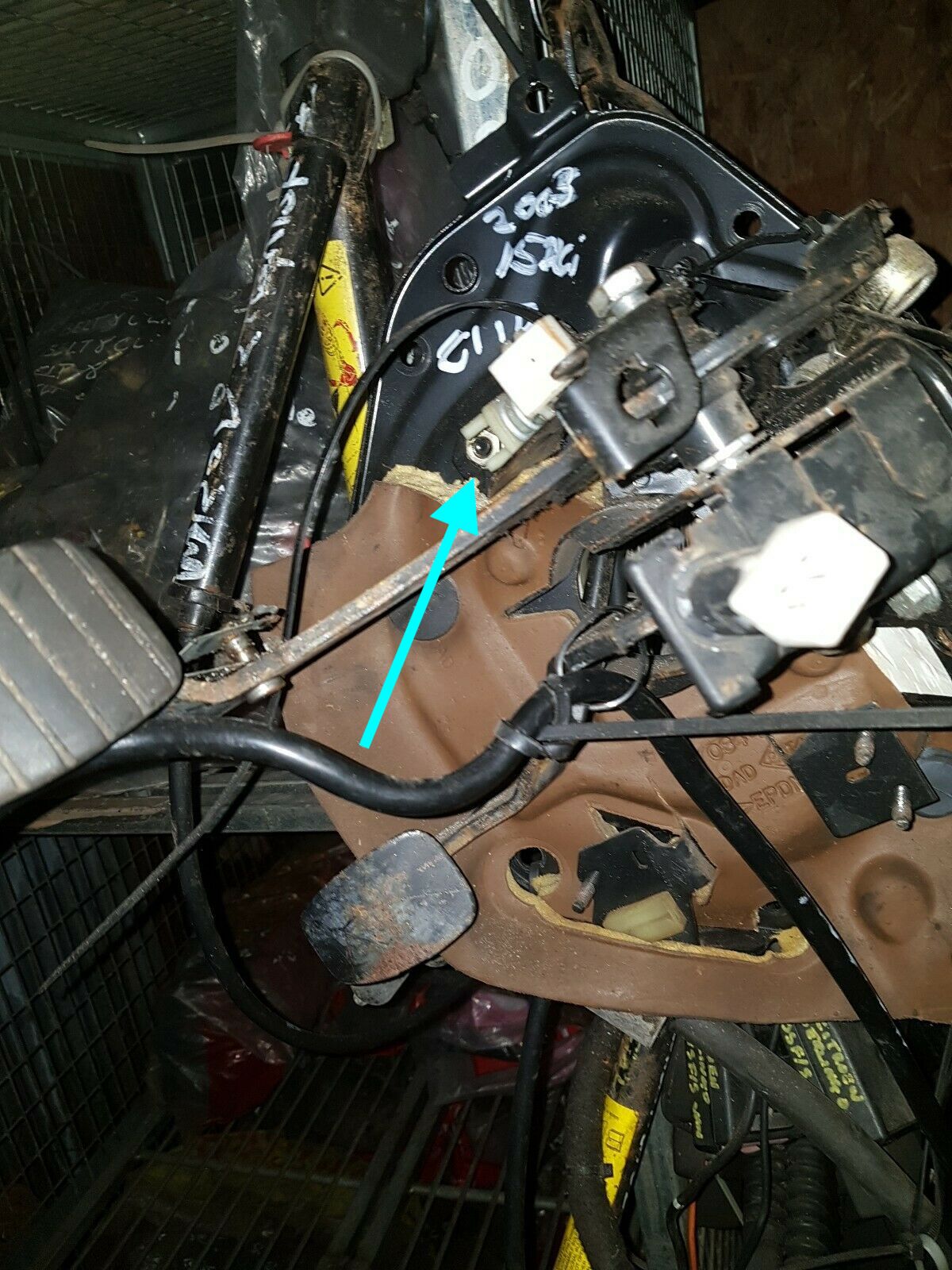 He B TeMy said:
If someone here has a DCI and is kind enough to try to find the spring and take a photo i'd be grateful
Click to expand...

Hopefully somebody can jump in with a definite answer.
H

Green51 said:
Doing a quick google search for MK2 DCI pedal box brought this image up from an Ebay listing (https://www.ebay.co.uk/itm/133752838086). Checking your vid it looks similar but I could be wrong, you can see the wider side of the spring near the back of the assembly.


Hopefully somebody can jump in with a definite answer.
Click to expand...

Thanks man, it looks a bit different from mine though, but i think i've found where the mount is supposed to be, it's on the left side of the pedal (behind the part that moves) and the pedal seems to have some kind of mount that can be seen on the beginning of the video.

I'm going to get a better look tomorrow and update this thread.
Thanks for the help.
H

Clio II dci
Problem solved, pictures for future readers because i could not find this info anywhere online, got the part at a scrapeyard for 2€ because renault said it was discontinued and no stock was available. (it was 5€ at renault if it had stock apparently) . P/N confirmed: 8200700275

3 pics how it looked on the scrapeyard car BEFORE removing it. 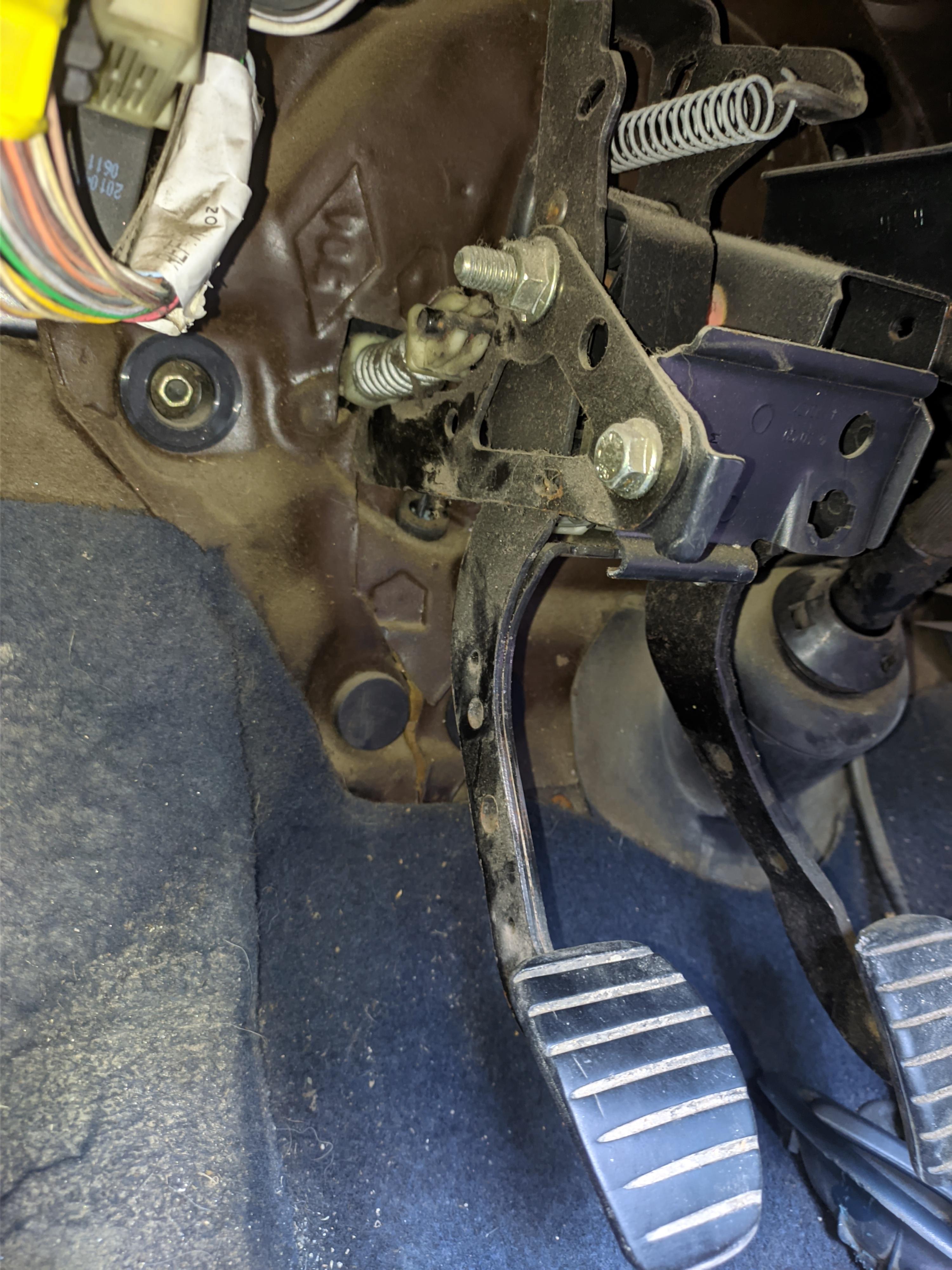 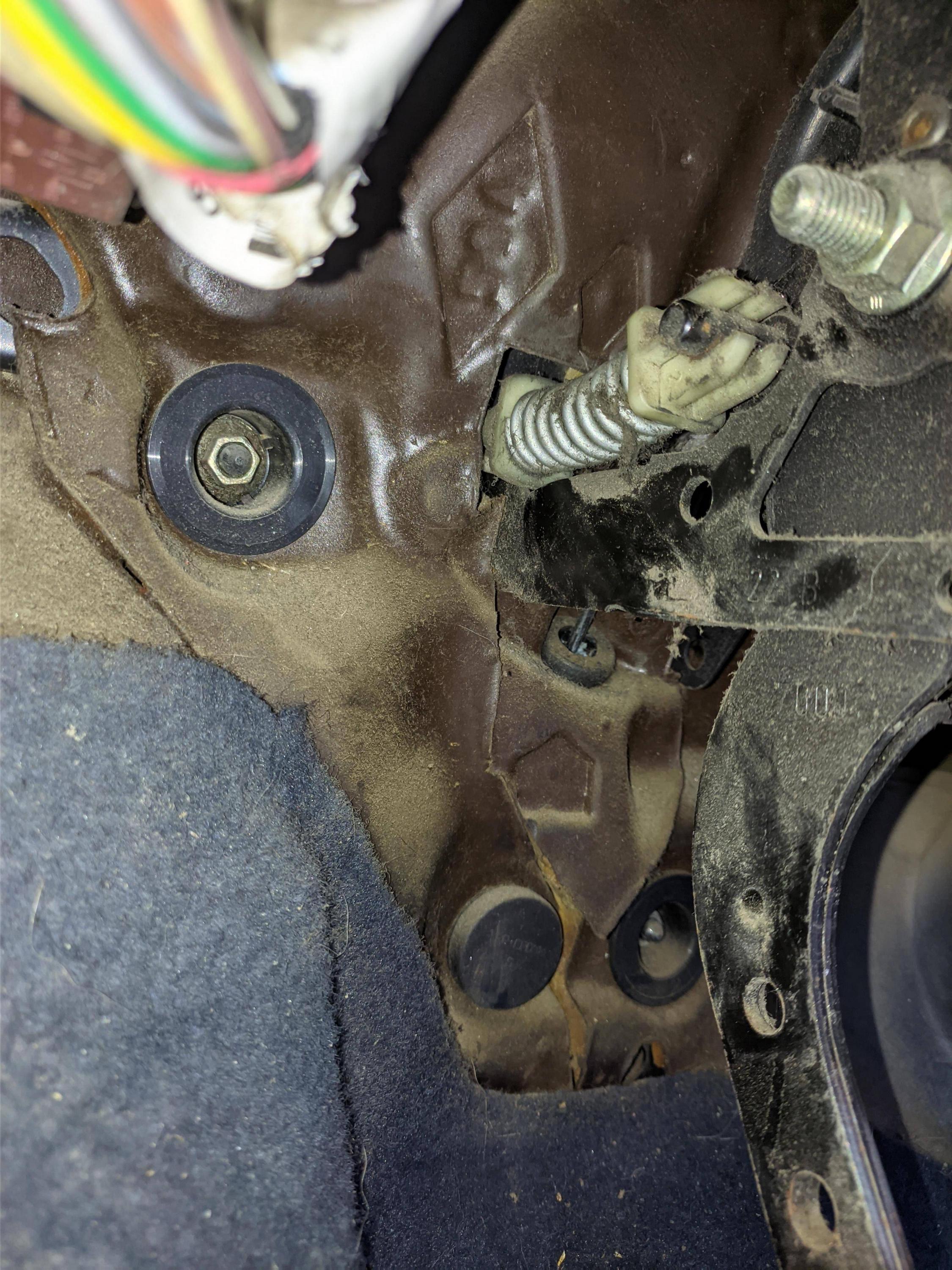 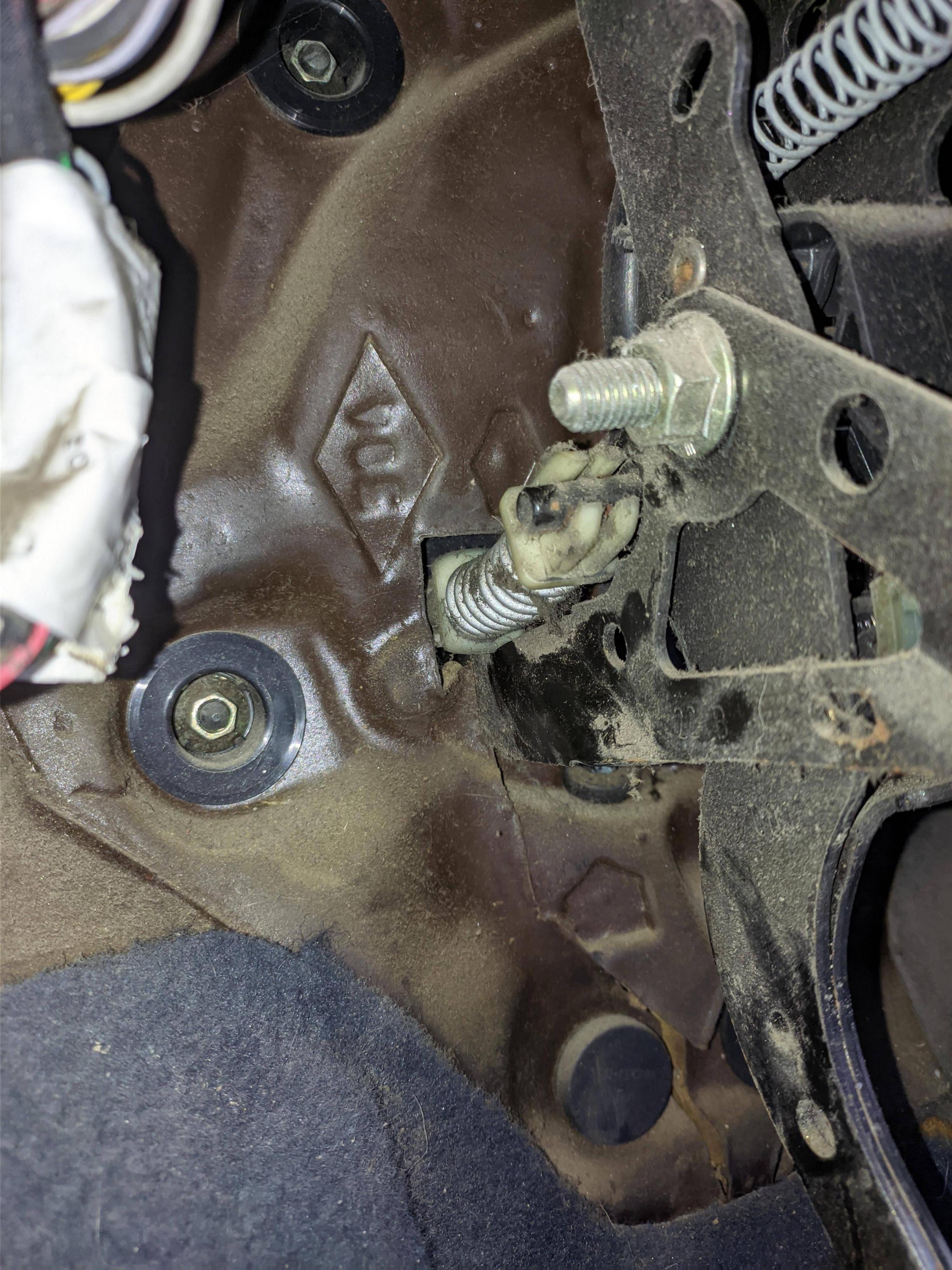 Now 5 pics in my Clio mounted; 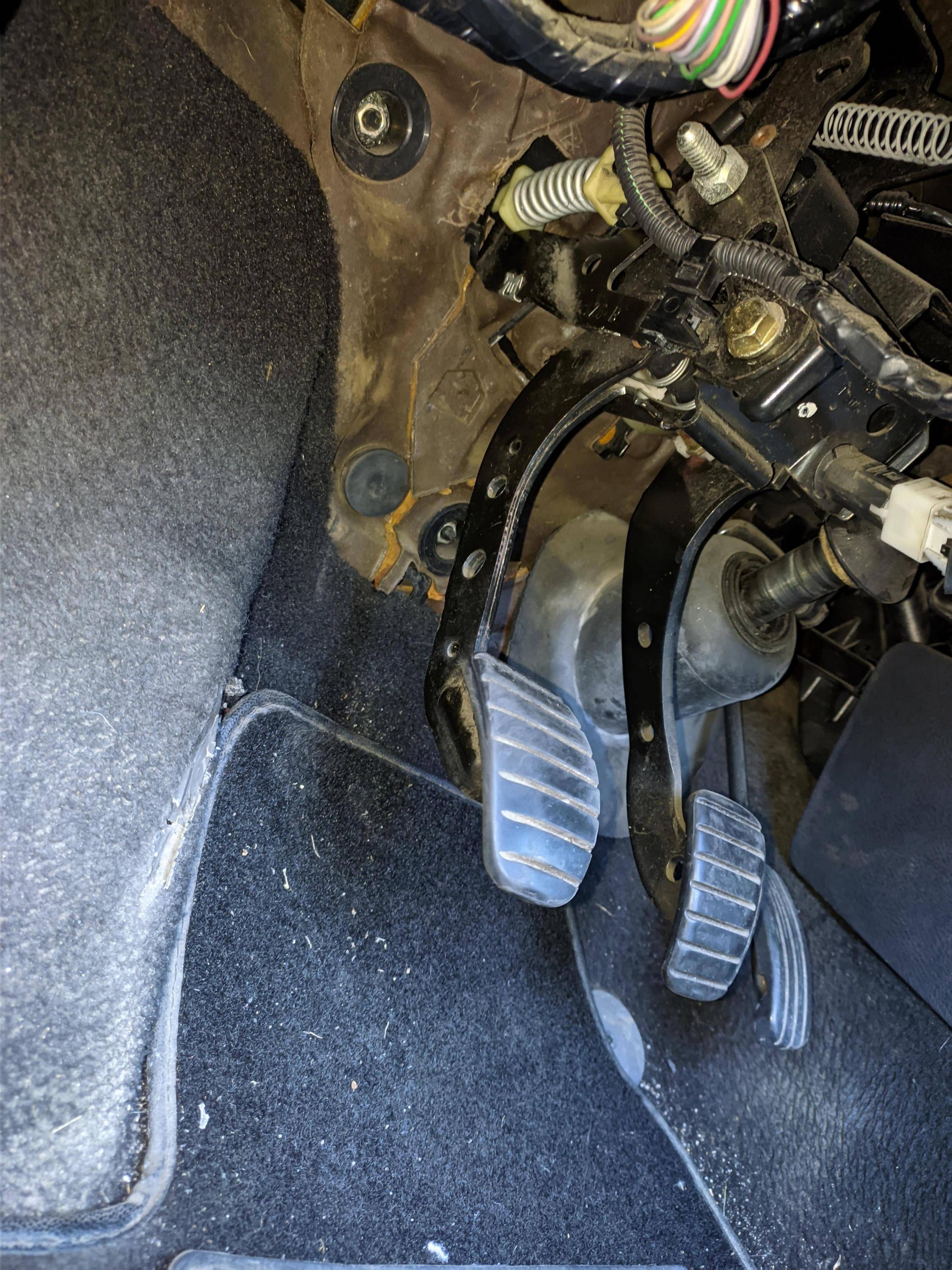 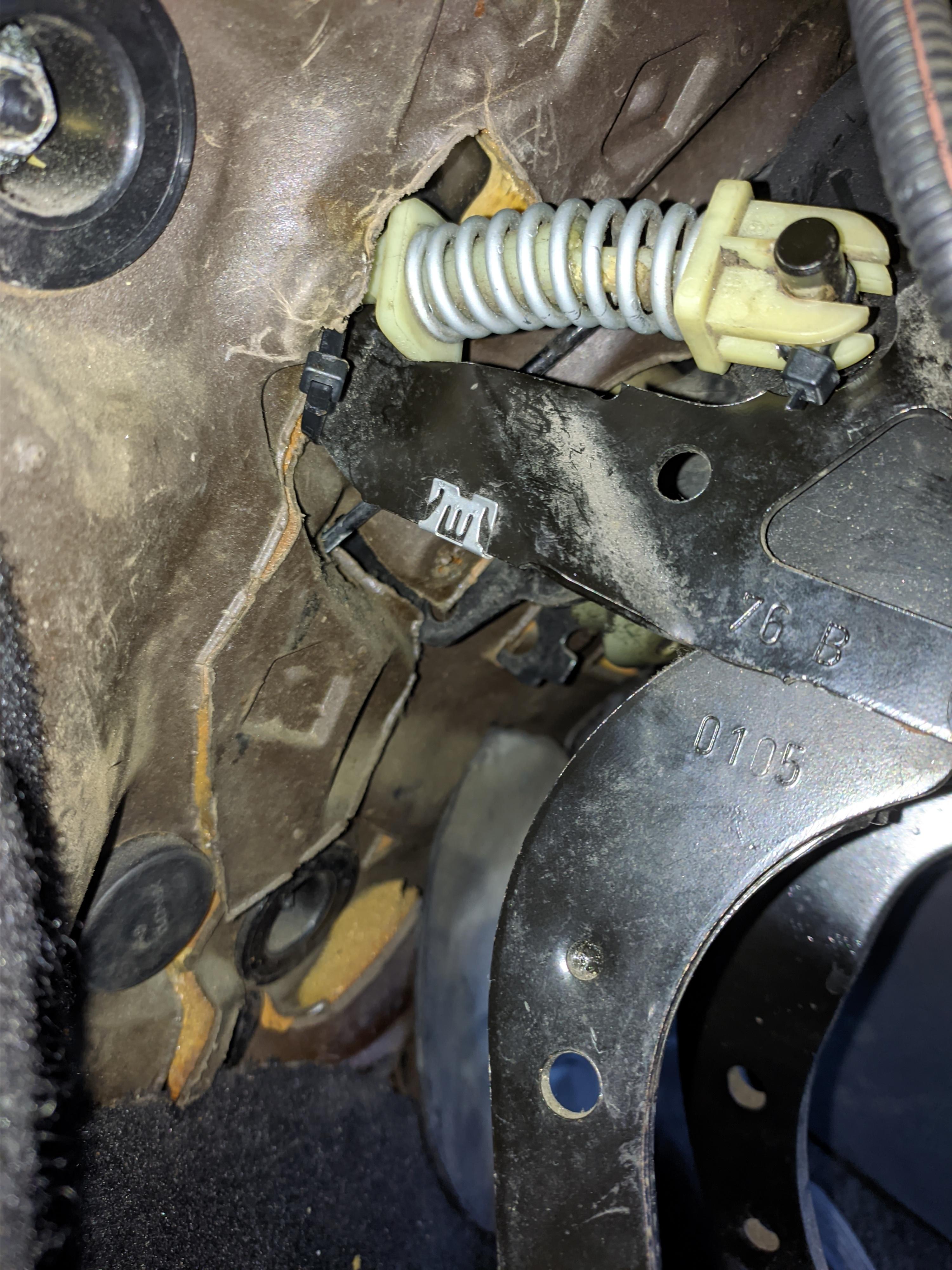 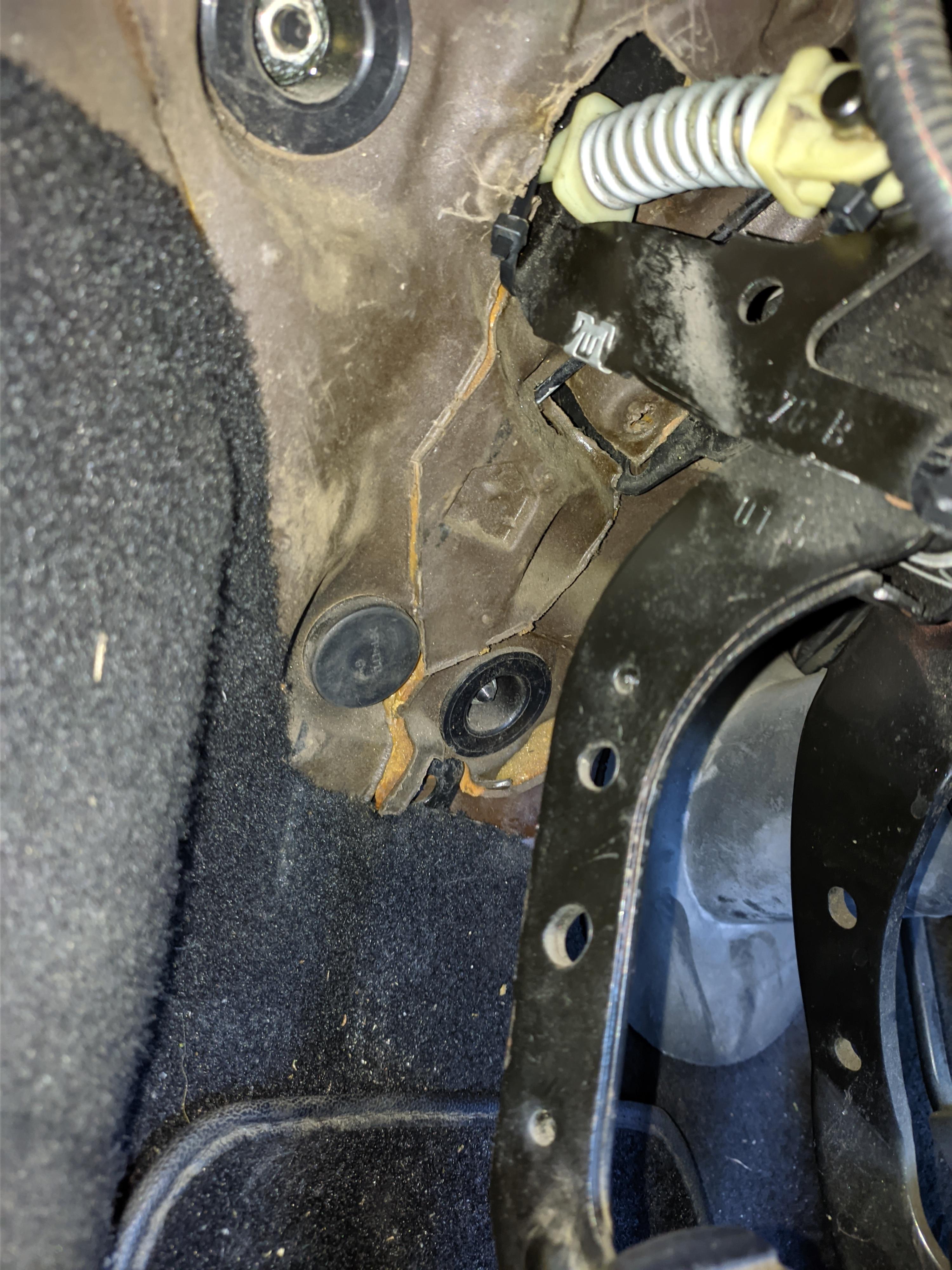 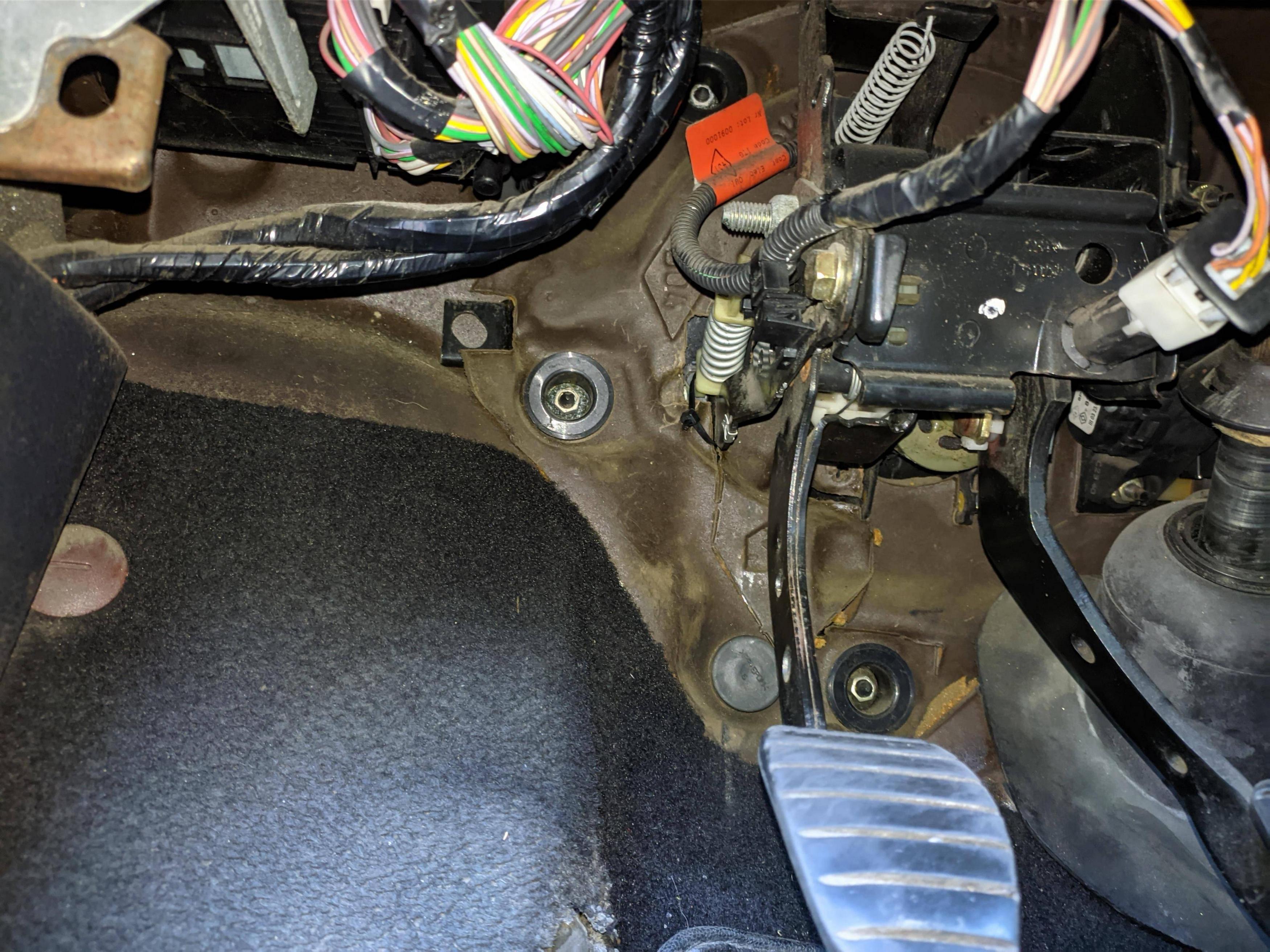 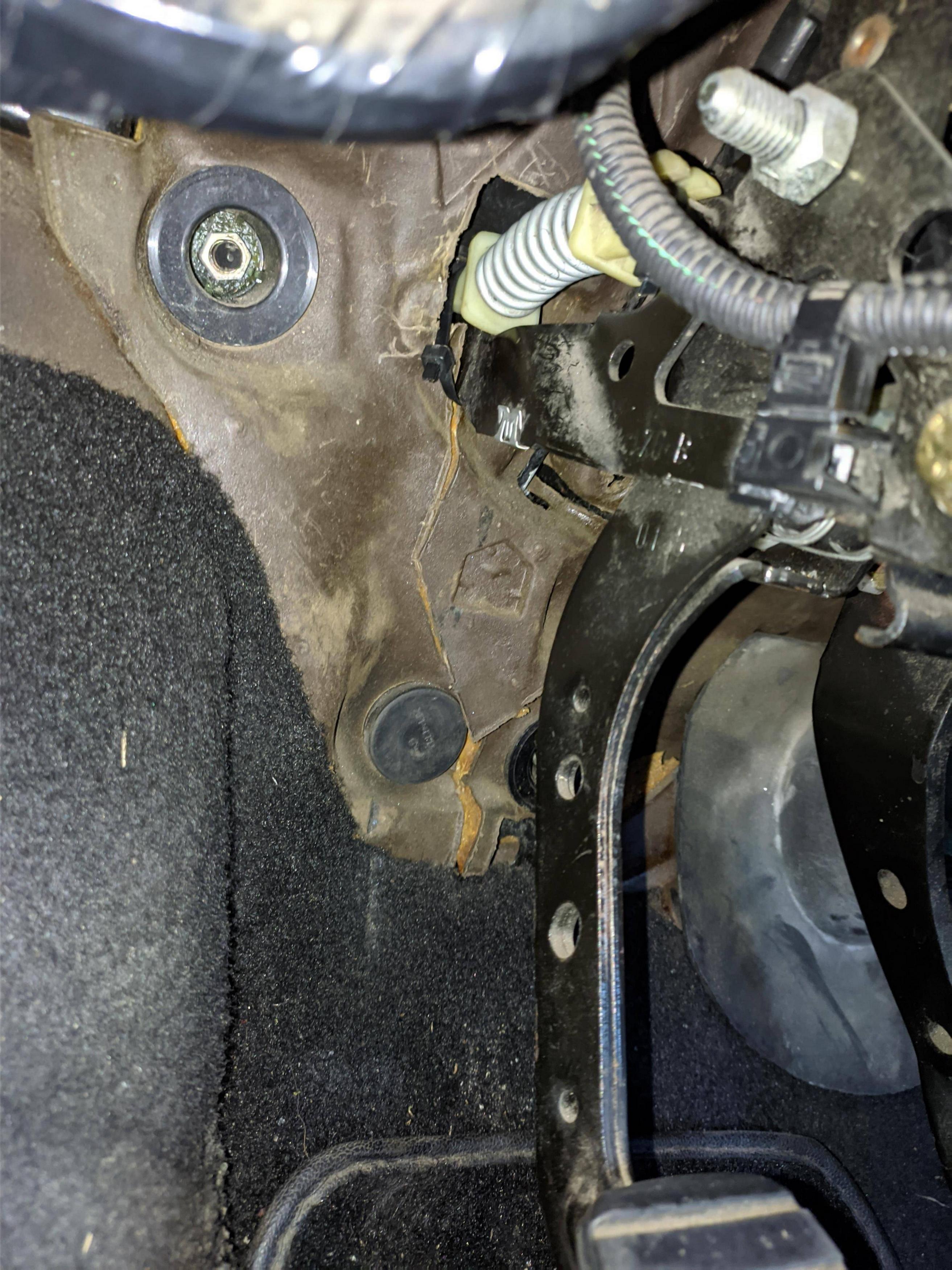 It was easy mounting it (idk why the 2 mechanics i went didn't seem too interested... anyway, you just pull the pedal down and the spring mounts without you having to do any pressure on it (spent like 1h trying to put it doing pressure, finally did it using a ziptie while pressuring it (after realized i didn't have to do it)

Now... i added 2 zip ties, one on the bottom to try to force the spring to not move because apparently that's the spot but there's no "clear mount", there's a piece of like a *mount* but when you decompress the spring by pulling the pedal down it allows it to jiggle a little bit (maybe the spring is a bit worn out idk) , and it would pop out out of place while testing it, (same thing that happened with the original i had probably, idk if something broke on the mount but i can't remember at the time) .

So, after mounting it i went to test the car and my god it's a f**king difference when putting the gears, that bit of spring makes the 2nd and 3rd gear mostly even more smooth than it was, and i don't have to go "easy" on the pedal and rev-matching all the time for it to seem smooth...

Strange thing how a part this important for the clutch gets dismissed by 2 mechanics in my area... goddamn, my clutch has almost 2y and has been suffering since then, i remember the spring fell out like 5y ago when i had a bad clutch which was heavier and finally got replaced like 2y ago.

Writing this to close the topic on this misterious spring only DCI's with cable clutch have between 98-04' (this actually came from a ph1, mine's a ph2.

ClioSport Club Member
Kangoo 172cup
Interesting. I was thinking this was from a hydraulic pedal box i.e. dci100
You must log in or register to reply here.