SeatCupraK1/ph1 172
I was sure i had a project thread for my old car but i can't seem to find it.

Started off in January 2012 buying a Titanium 182. Loved every minute of it (most of them anyway).

Quite a few things to do to it to get it to where i want. Such as the F1 stickers on the front and possibly the sides. Couple of marks here and there that need redoing on the body panels.

Will be asking a few questions soon for little bits for help and hopefully it will all be sorted for CS Saturday!

@Nickson has inspired me quite abit after reading every post in his project thread. Now i have the car i'll be revisiting parts too.

Not got any proper pictures yet but there were a few taken from Sundays Yorkshire meet. 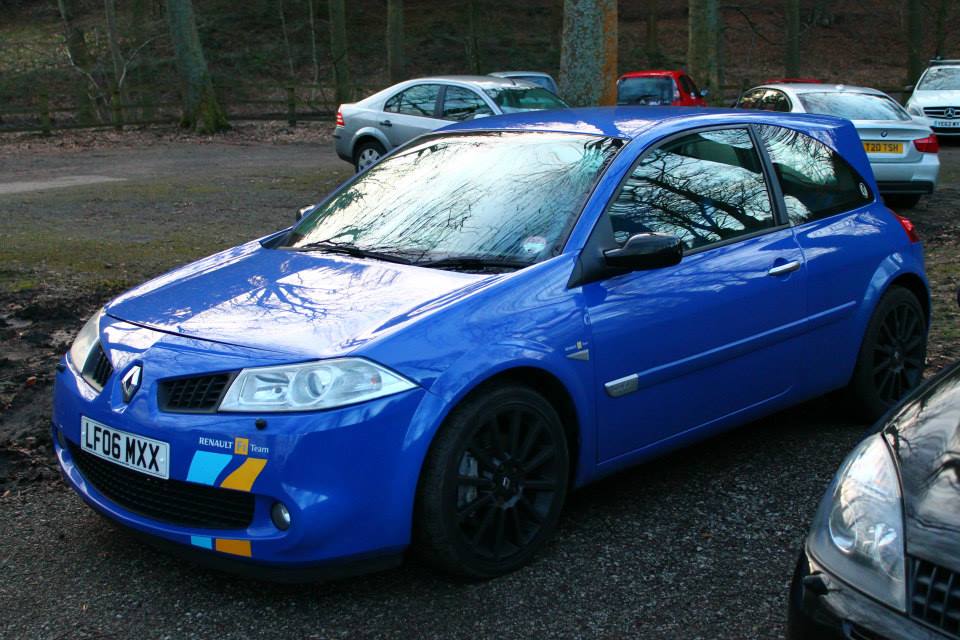 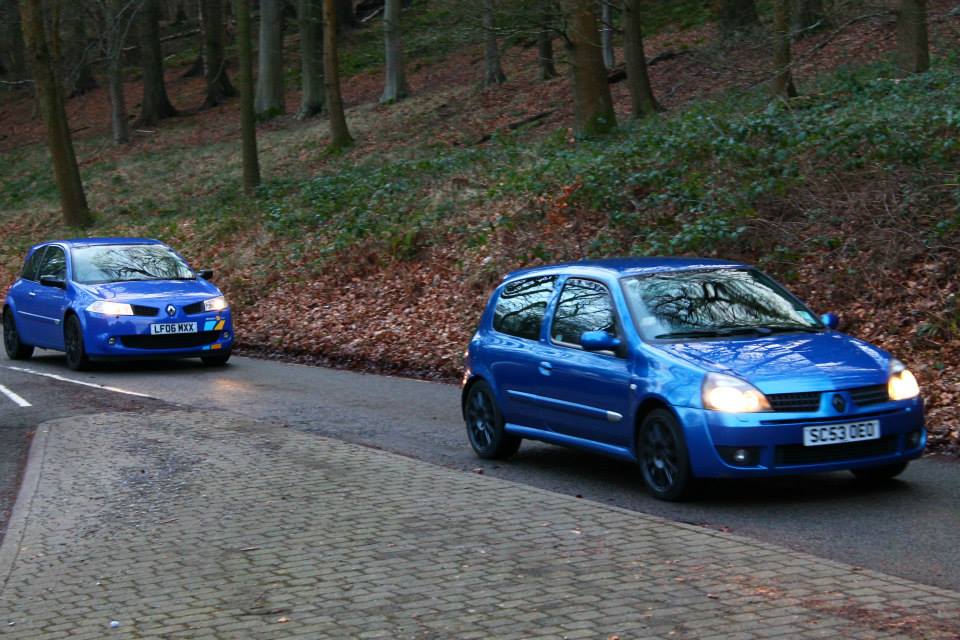 Any suggestions would be appreciated
W

Megane 225 F1
Get signed up to Rsmegane.com

Lots of info over there
A

Will. said:
Get signed up to Rsmegane.com

Cheers for that, knew there was another one over meganesport.net. Seems i also joined rsmegane.com last year, i can't even remember doing it! Will take a good look over there thanks.

ClioSport Club Member
Mk5 Golf GTI :)
Looks great, nice colour. How do you find it compared to the 182?
A

G 172 said:
Looks fantastic mate, always liked the colour combo on the F1s and the matching Recaros
Click to expand...

Cheers mate. I love the recaros. Always wanted a set in my 182 so when i was out looking for a Megane it had to have them. I'll be in touch with you over the next couple of months to sort out some disks and pads for this

imprezaworks said:
Looks great, nice colour. How do you find it compared to the 182?
Click to expand...

I love it. Really different to how the 182 drives even though i can see the similarities at times with the engine. The power delivery is crazy because of the turbo so smooth and always there and the shorter gear ratios, remembering to use 3rd instead of 2nd when pulling off at times is taking a little getting used to!

Handling is awesome, i don't know if its because i put more trust in this car more than my old one but it seems stuck to the road more. A new set of tyres and some cooksport springs during the summer and it should be spot on.

Really happy with the upgrade. Can't wait to get stuck in on getting little bits sorted and replaced to how i want it.

Adam D said:
Cheers mate. I love the recaros. Always wanted a set in my 182 so when i was out looking for a Megane it had to have them. I'll be in touch with you over the next couple of months to sort out some disks and pads for this
Click to expand...

No worries mate :approve:
A

Its not too much more but i did change 7 months into the policy. This time at renewal its quite a bit less than the 182 was last year. Maybe its my age D:

Lovely Megane by the way, really like that colour on them.
A

Cheers, really love it when its had a fresh clean, the blue is awesome. Next to @Dan.AS 's RB they look a good pair together with the blues.

This picture was from one of the Yorkshire meets so not quite sure who the car belongs to, SC53OEO is for that one though, its quite weird how close in letters they are!
A

SeatCupraK1/ph1 172
So after a few weeks of general driving i decided to carry out a mini service on it.

So i set off and ordered the parts from Renault Wolverhampton on here. Great prices and quick delivery 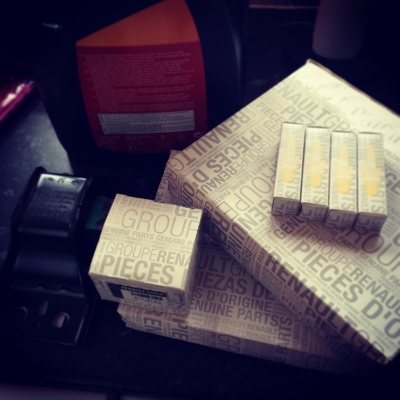 Didn't take any pictures of the pollen filter change (as exciting as it was..) the old one was filthy and covered in leafs. A good clean out and in with the new filter

The engine mount needed changing. I was getting a terrible vibration from cold on idle and had a look around and the general feeling was that it was the engine mount so i ordered a new genuine one. Quite a bit fiddly to change with the AC pipes in the way but managed to get it sorted. The old one was shot, there is such a difference now driving the car, nice and quiet and smooth, no rattling windows when stationary!

The air filter change was simple. Didn't realise it was just the two screws to pull out the housing holding the filter and proceeded to take out the whole battery tray and ecu to get to the air box. Ah well. I had a feeling the air filter would be different with the car having a Forge dump valve on from when i bought it. Turns out it had a Pipercross filter in, i still decided to change it for the standard new filter and will get a cleaning kit for the Pipercross in the summer and put it back in.

The dump valve is on the list to be serviced. £20 from Forge to clean it up. Not sure it needs it but it looks a bit grubby so i'll just do it anyway.

I decided to take the throttle body off, my last car it was filthy and this was the same! 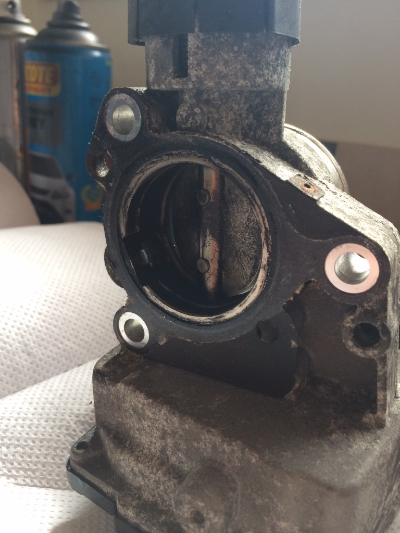 Out came the carb cleaner! 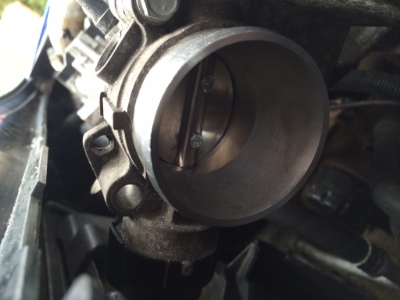 Out came the old spark plugs. Not sure how long they have been in, not had chance to get the receipts out again that came with the car. It was nice to see NGK ones come out rather than anything cheaper. 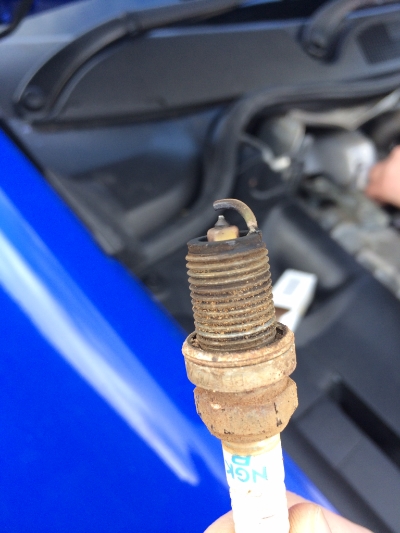 and in with the new 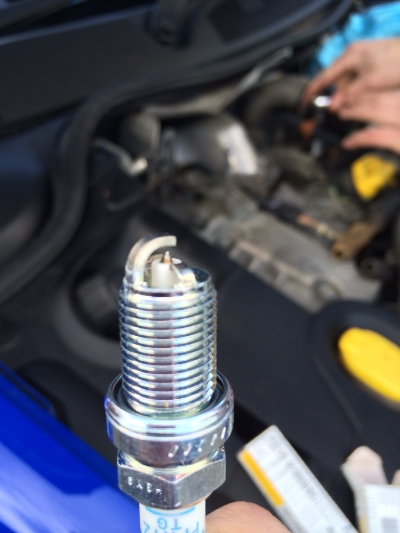 The oil and filter change was pretty simple. The filter was a bit fiddly but it was easier with a filter wrench.

I ordered a pile of LEDs for the interior. Changed them all over from the standard ones, a much better clean light now inside. 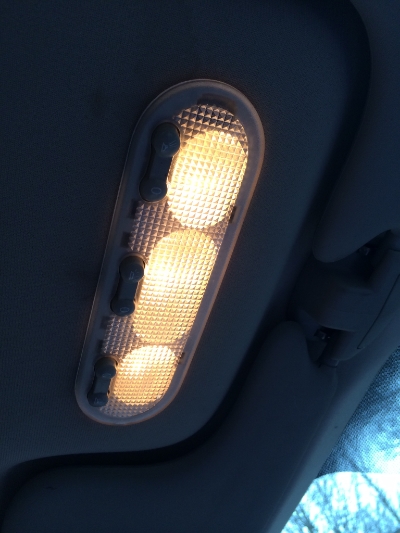 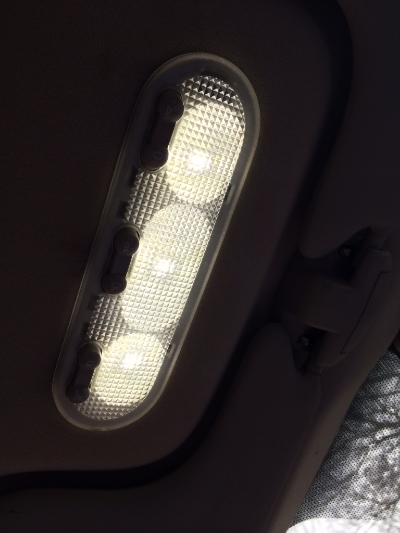 Thats it for now

How does the megane compare to the clio? Is it a worthwhile upgrade overall?
T

ClioSport Club Member
Inferno 225 cup
Good progress, you'll have to dig Into your pockets if you keep looking at nicksons thread
A

How does the megane compare to the clio? Is it a worthwhile upgrade overall?
Click to expand...

Really love it, i still really do like the clio though as its like a little go kart but i love the Meg, really good for a bigger upgrade with good options spec wise / mod wise!


The Russian. said:
Good progress, you'll have to dig Into your pockets if you keep looking at nicksons thread
Click to expand...

If you've seen one of my previous threads the car is currently off the road. Many down sides to this but quite a few positives! Still waiting for the V5 to come back, possibly a couple of weeks before it appears. Having it off road means the money i spend on petrol and parking for work has been spent on a few bits i wanted doing.

The day before (i realised!) the tax ran out i had a decent clean and a drive out in the sun. 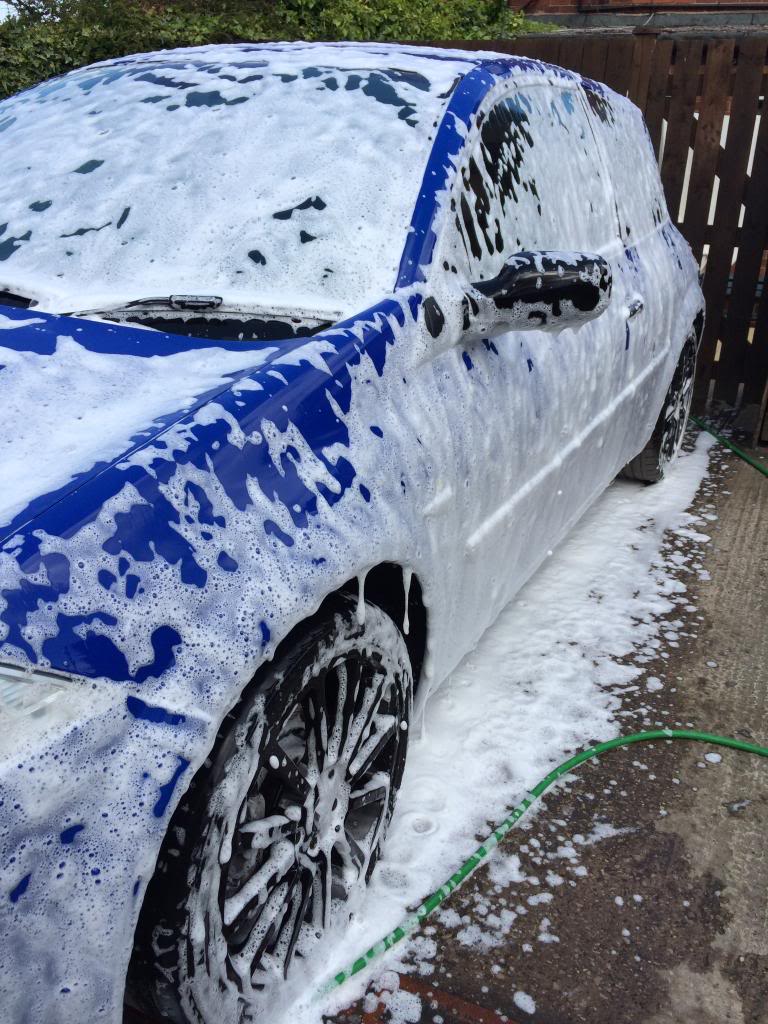 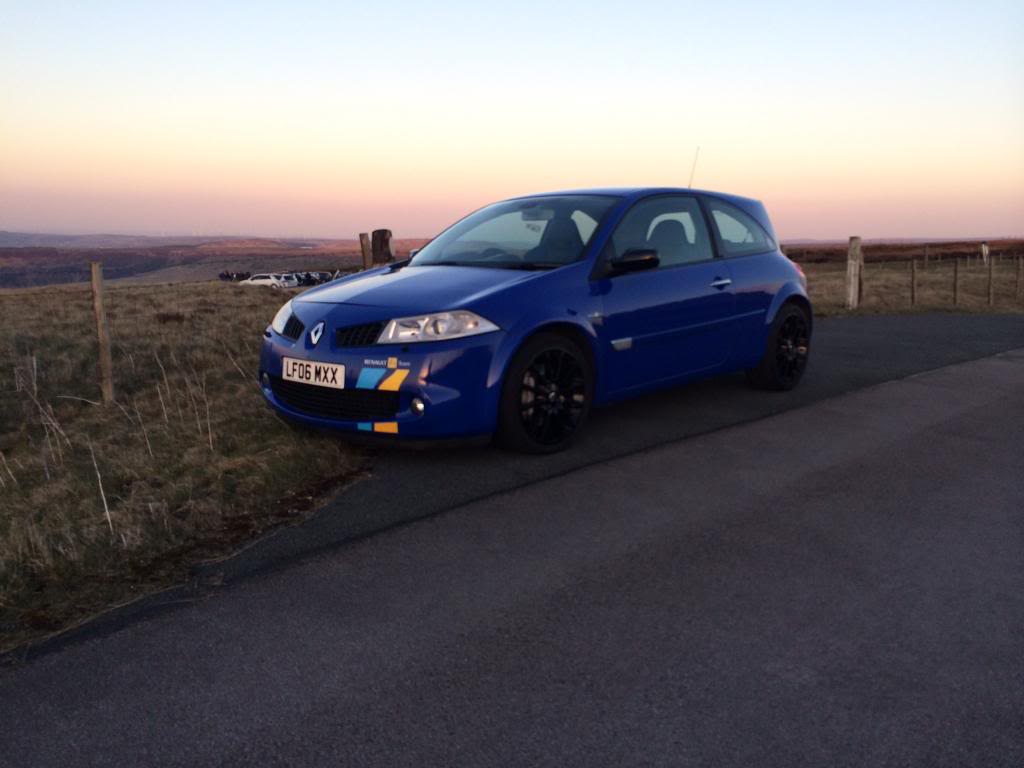 Although its an F1 and wanted to keep it looking as F1 as possible i really loved the look of my wheels in Anthracite. My wheels where in okay condition with no markings just a patchy on the paint. The tyres were on the limit and i took a corner too tight and fast and slightly slid and marked my wheel.. just an excuse to get them done!

So from black to 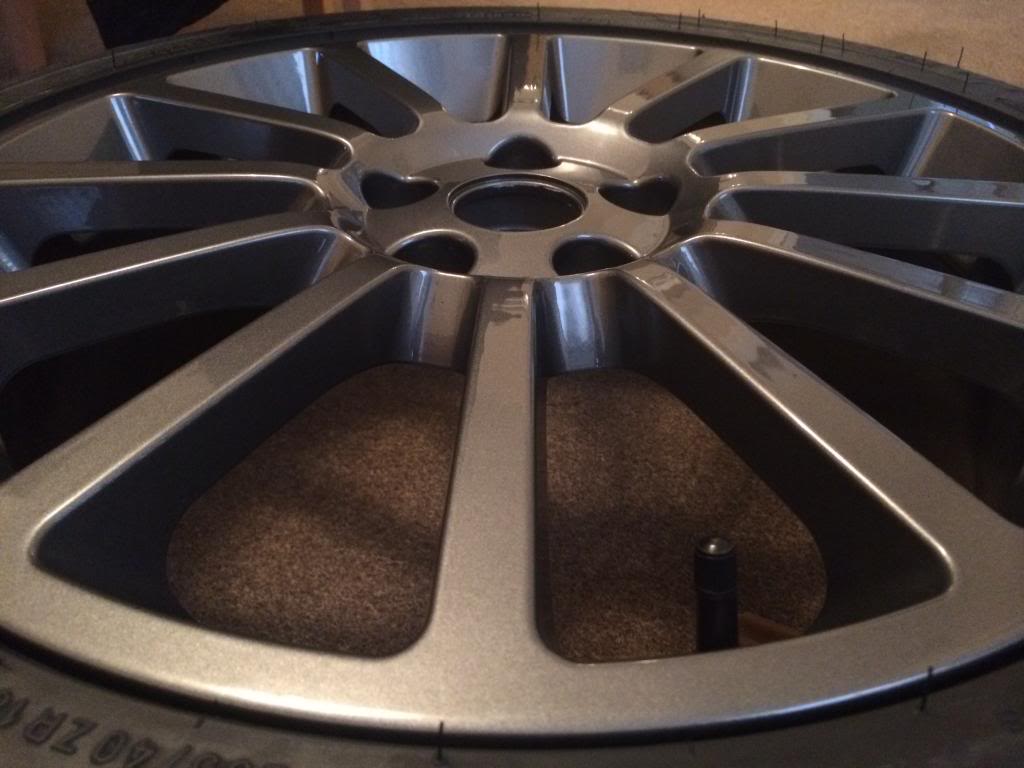 To compliment the newly done wheels.. 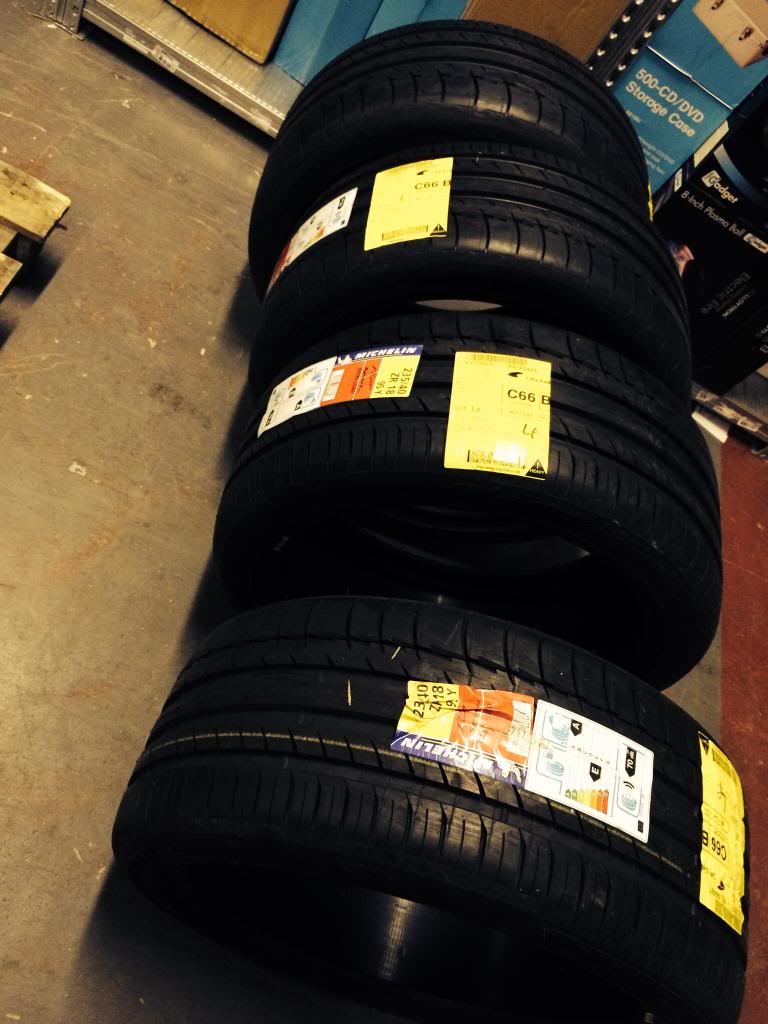 Michelin Pilot Sport 2s - A tad more expensive than PS3s but they're suppose to be noticeably different between the two.


So obviously the black mirror caps didn't match now so i thought i would get them done and a few interior parts done too at a bodyshop. 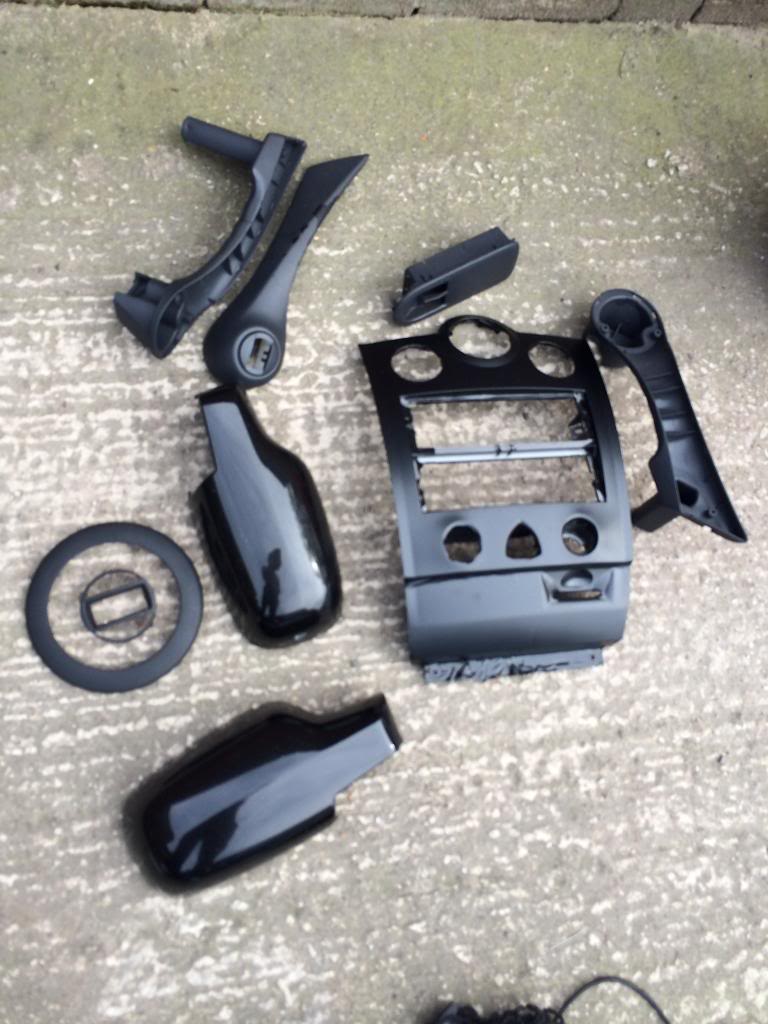 Didn't get all the bits pictured but.. 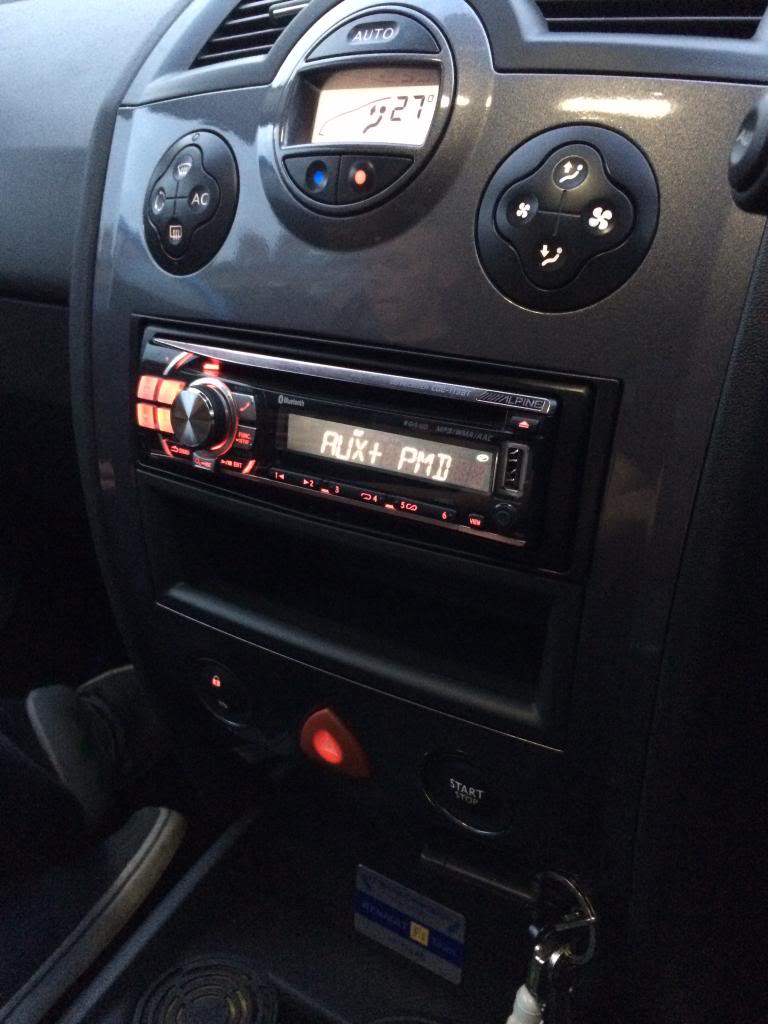 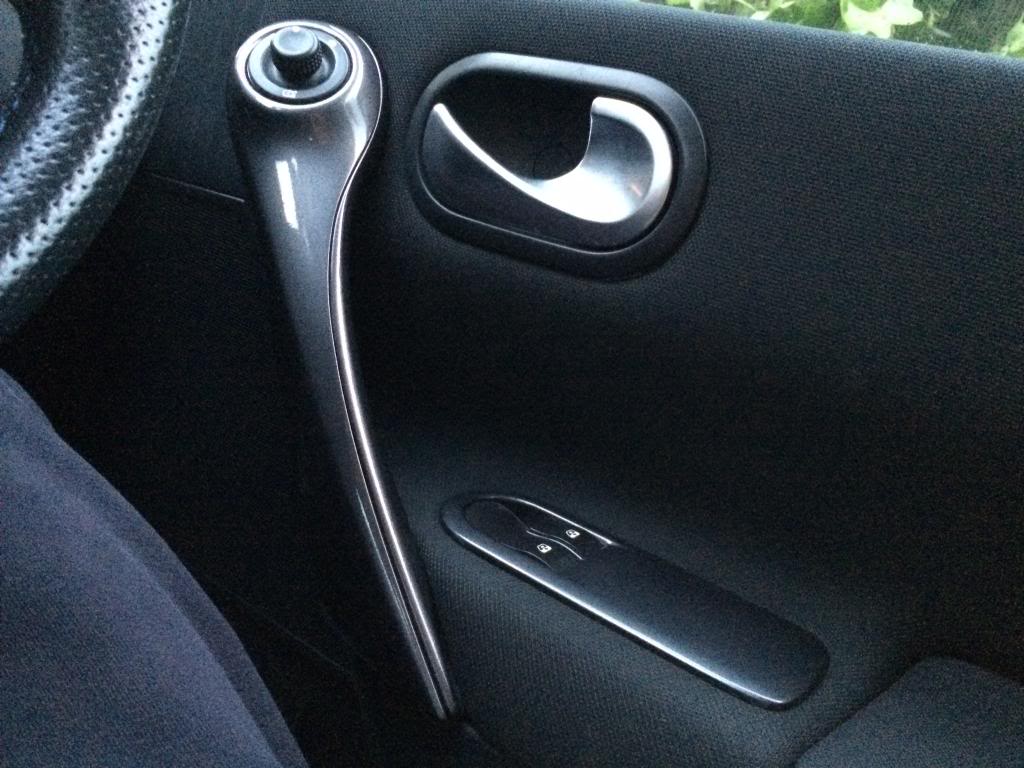 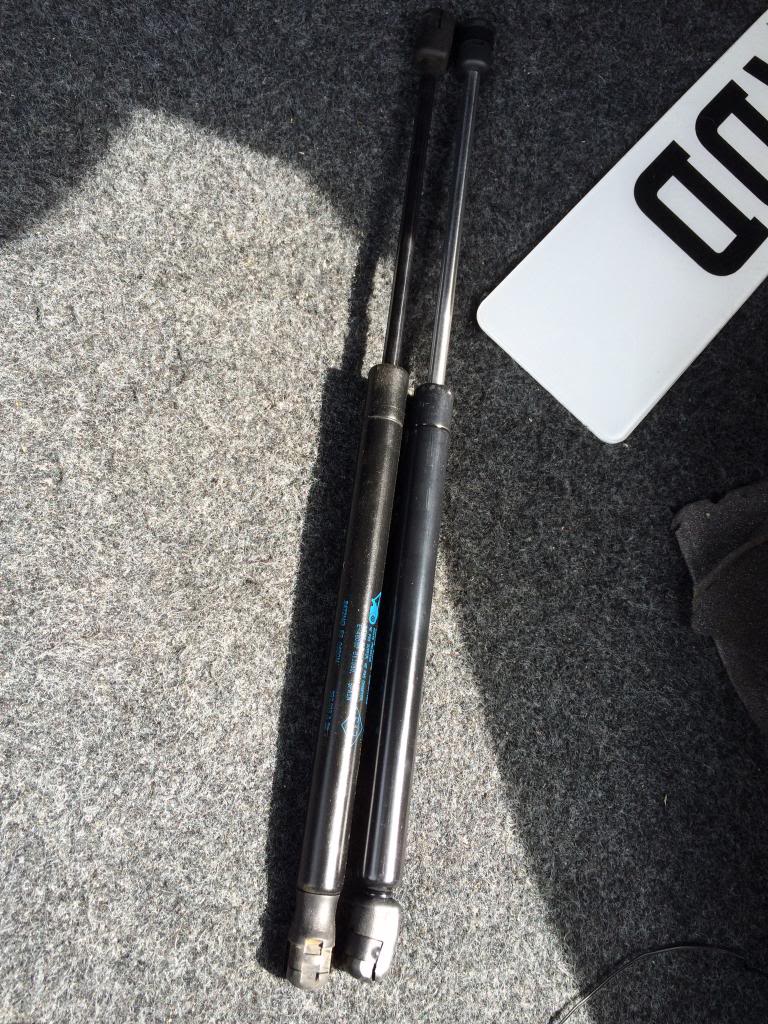 Decided to take off the lower part of my boot lid to take it to the body shop, wanted to see how good the colour match is going to be and its a pretty small part if its messed up at all.

At the same time i decided to unplug my rear wiper as i never use it and hate it when it accidentally comes on when going into reverse. 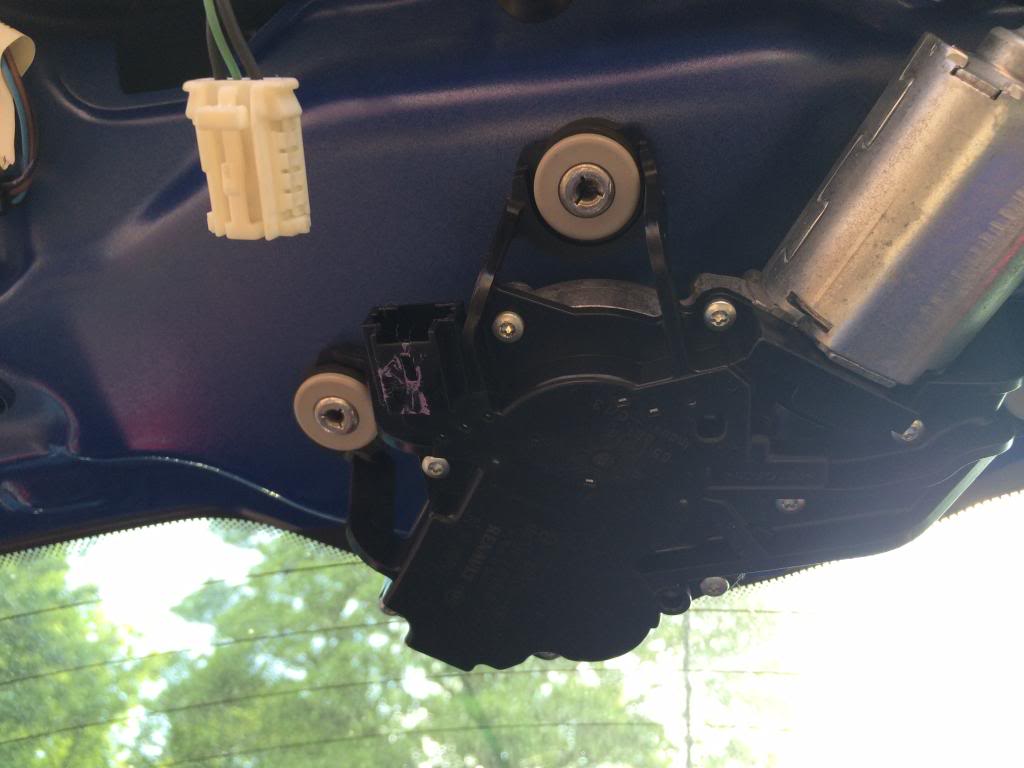 Thats all for now. Will take some better pictures when its cleaned and back on the road. Cannot be bothered to clean it at the minute for it to stay sat on the drive
You must log in or register to reply here.