ClioSport Club Member
RB 182
Hi All, I picked up my 2nd 182 FF recently and since I do aim to keep it long term I thought I'd stick a project thread up. The car will only be for road use and I don't do all that many miles at the minute. I'm also not a mechanic, only an idiot with a Halford's tool set so don't expect any crazy engine swaps or similar.

Here's a pic of the car from the advert I bought the car from, I think I overpaid a little but I was dead set on an RB and this one seemed in nice enough condition, had FSH and the paintwork was in great condition considering the 130k mileage, there's also no rust on the arches, but more on that later down the line. 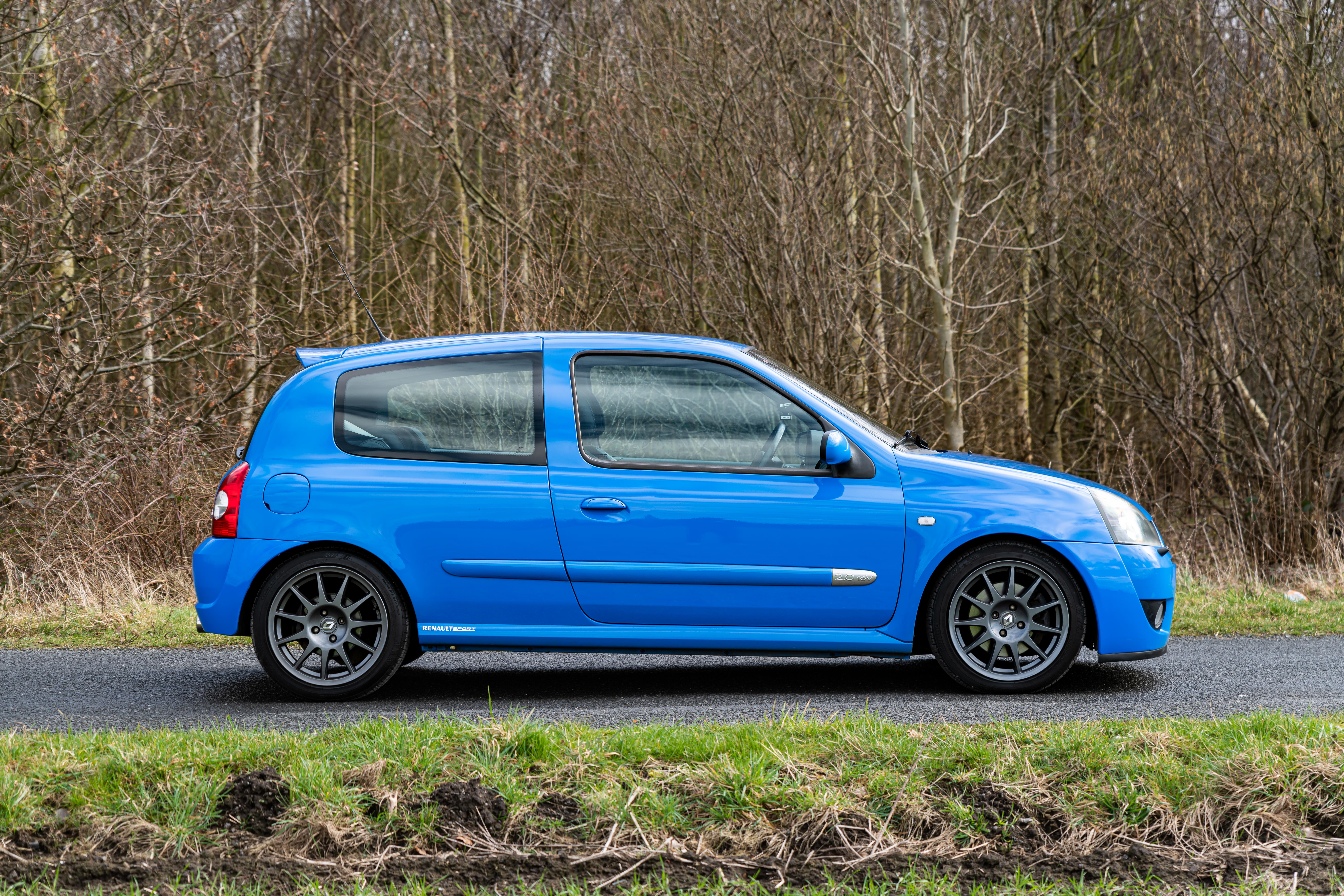 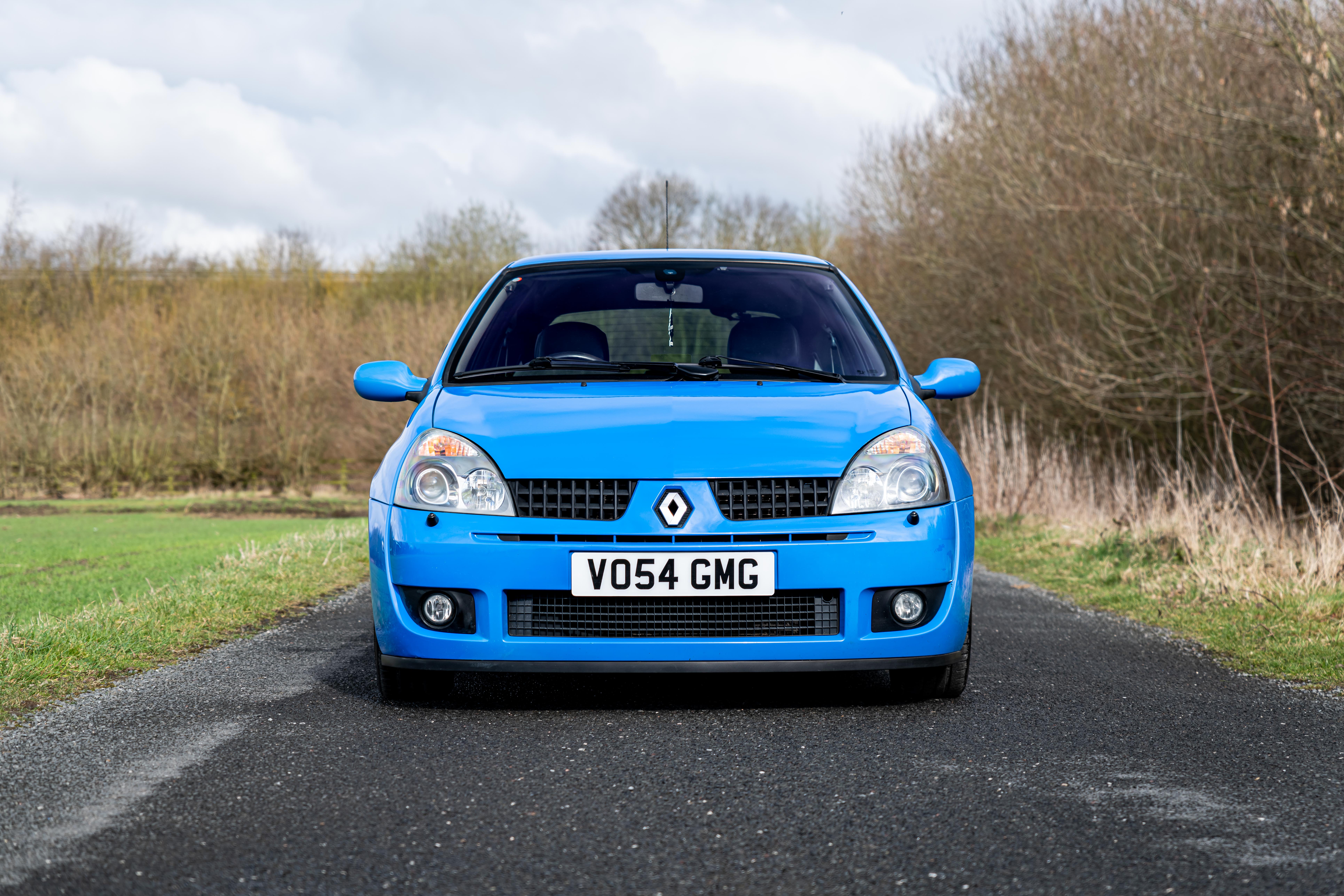 I initially wasn't keen on the trophy turini's and planned to go back to stock wheels but they've really grown on me and I think they'll stay, could do with new centre caps though.

The car has been poly-bushed pretty much everywhere as far as I can tell, powerflex dog-bone, engine mount(s?), ARB bushings, rear beam bushings, steering rack and camber bolts (don't ask me why or what they do ).
Obligatory belts and service done in June 2020 by AW Motorworks, a RenualtSport specialist, although admittedly I hadn't heard of them.

The car has been owned by someone on here before, @Gordini-blue-182 about 10 years ago when the car still had it's competition stripes. If I can get definitive proof that mine was supplied with them from new I'll stick them back on, I'm 50/50 on them at the moment and I'll let that be the deciding factor. Here's a pic I shamelessly stole of her back in circa. 2010 looking clean: 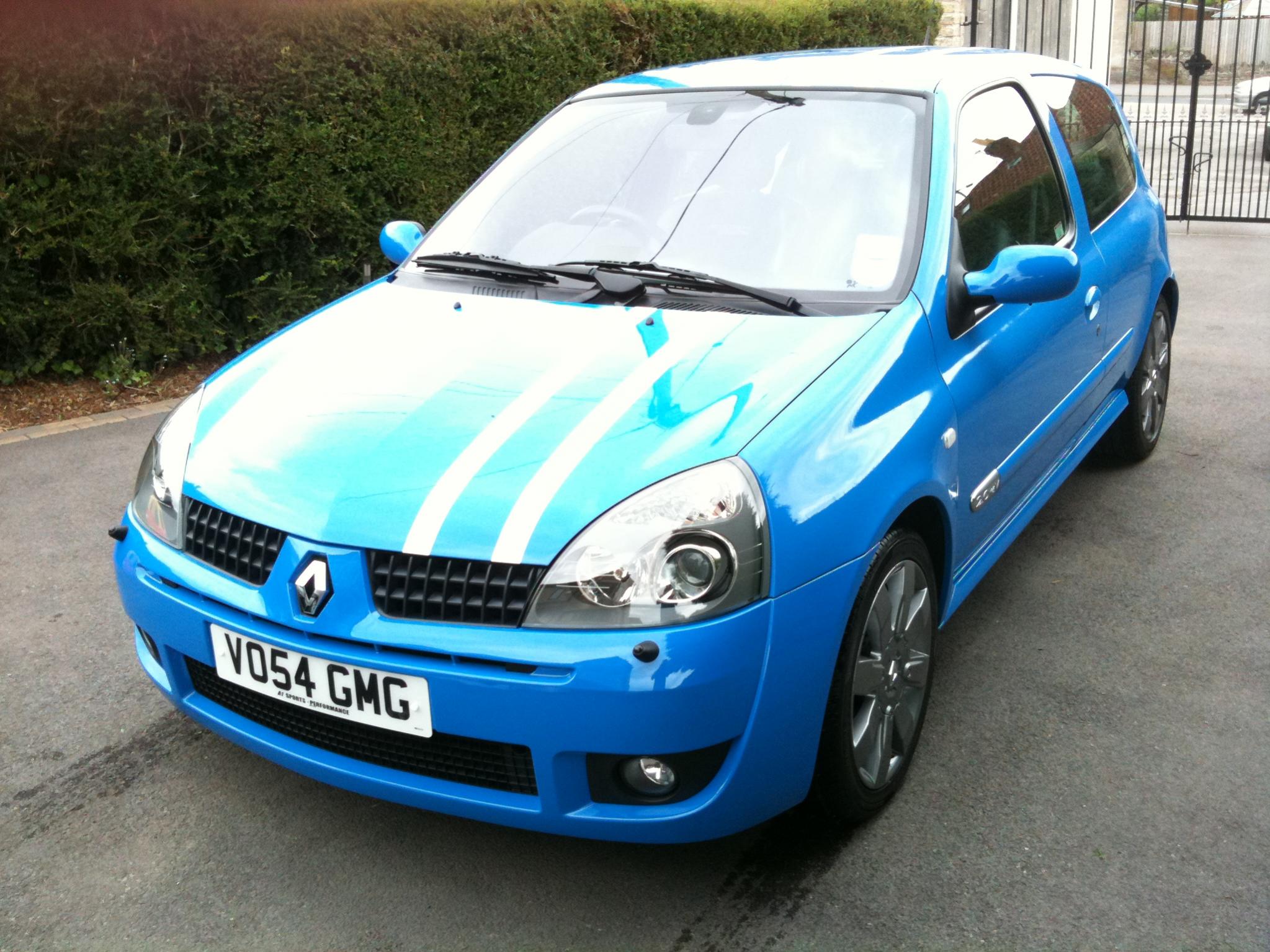 The most recent owner was a car enthusiast and collector of sorts but not massively clued up on these cars, he very much had the mindset of OEM is better, which I'm sure is true when you're buying exotica, but I'm not so sure with old French hatchbacks. He'd removed the stripes from the car when he had the bonnet, roof and boot lid re-painted, perhaps not realising they may well have been factory supplied, and managed to source a genuine, not rusted out, OEM pea-shooter exhaust and mounts (already collapsed) which frankly sounds pretty dull.
I bet you haven't seen a car with these bad boys for a while : 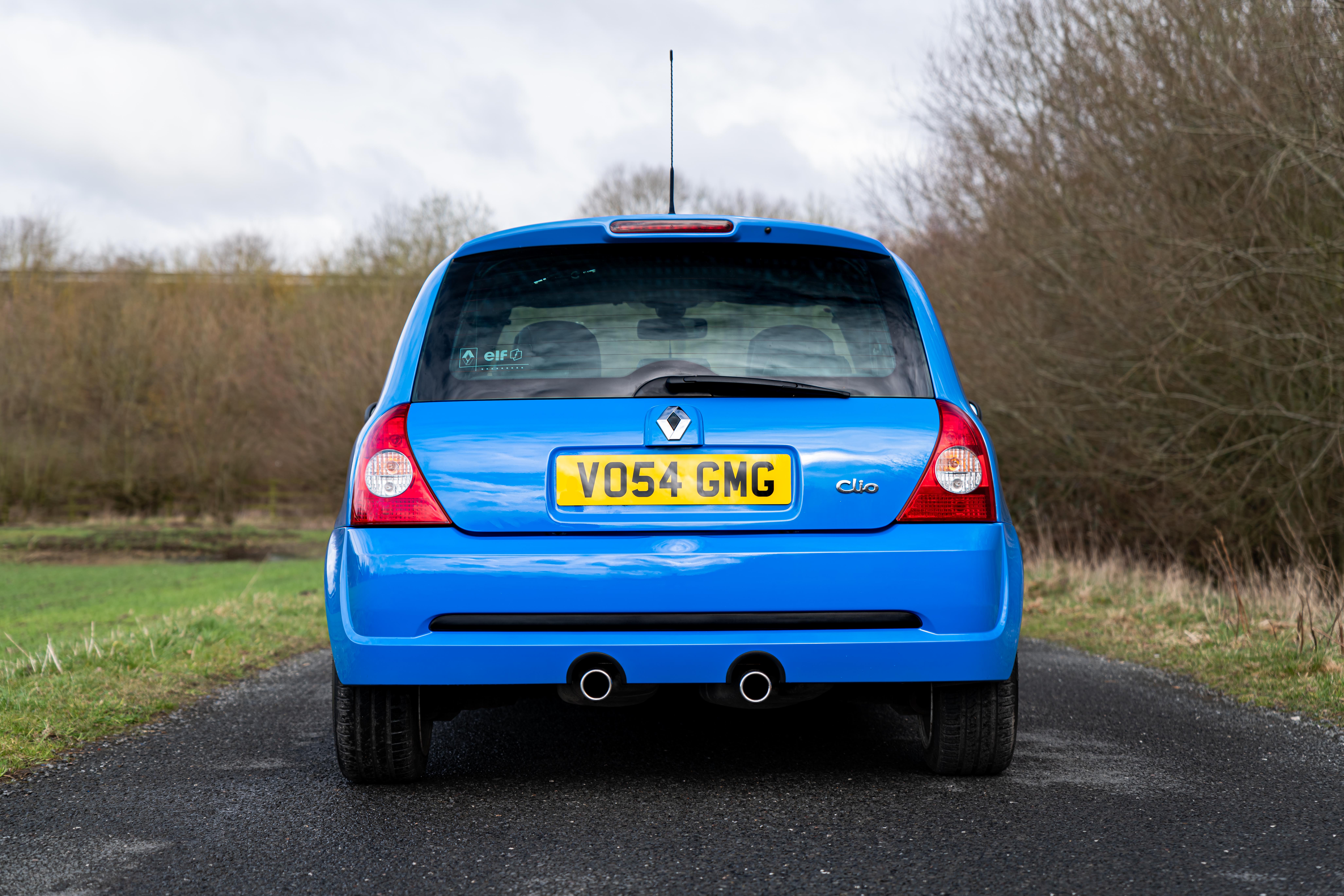 ClioSport Club Member
RB 182
She drove faultlessly on the drive down from collection, but I didn't connect my phone to the bluetooth for the drive and had a good listen while sat on the A1 back to Lincolnshire from Yorkshire, the dash is rattling which isn't a problem in my very standard Arctic 182, but I think this may be down to all the powerflex bits, perhaps I'll look at sorting that later, music fixes the issue after all. The N/S/F wheel bearing sounds pretty rough so I'll get that sorted soon, it sounds like too complex of a job for me to attempt on my own.
Here she is not long after collecting her, looking tiny even next to a relatively small (by modern standards) Evoque Overfinch: 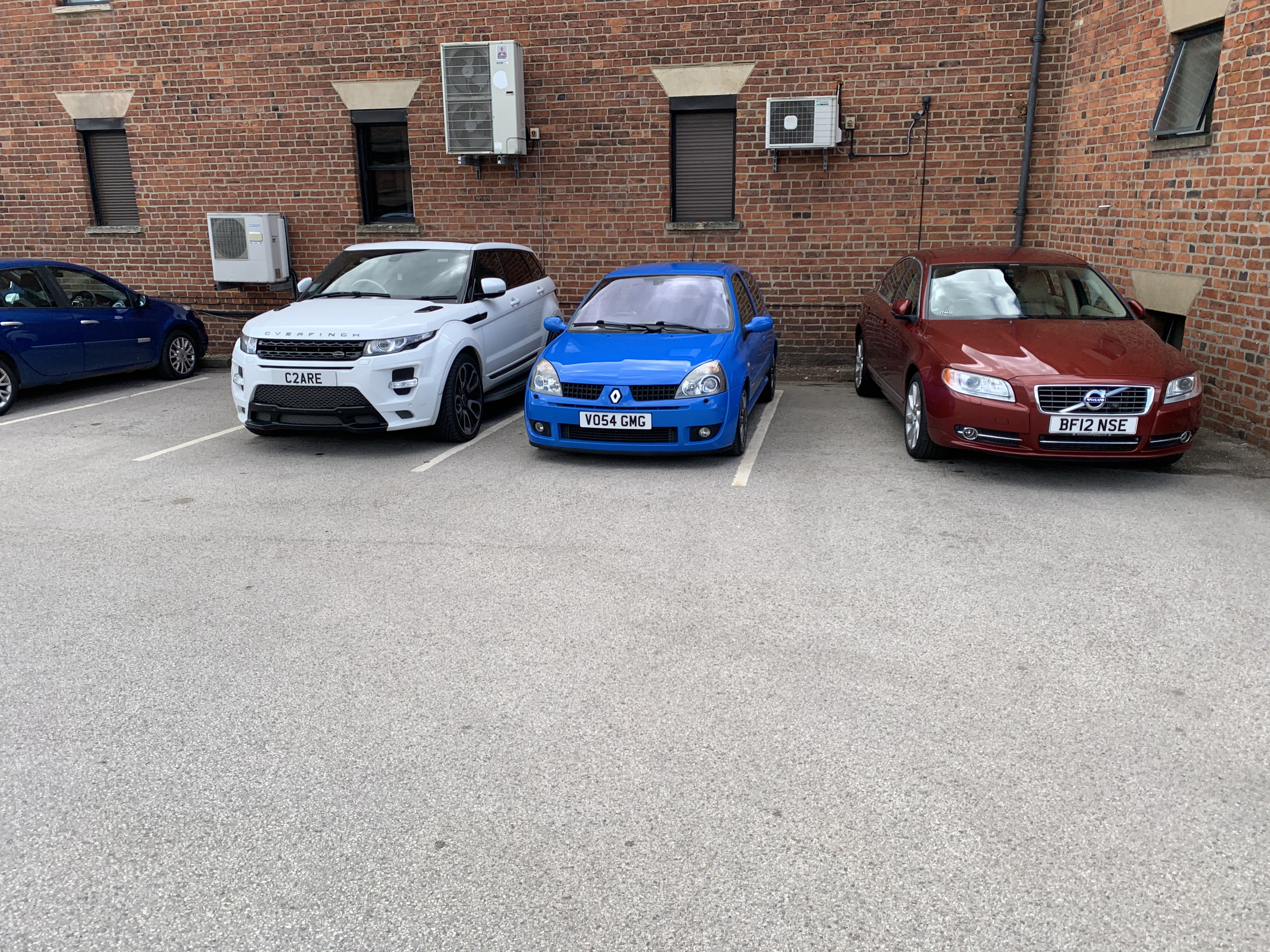 The next issue I noticed was that the one of the boot grommets was missing completely and the other was loose and clearly not inhibiting water from getting into the cabin. Thanks to @Aaron.. and @MLB (indirectly) for finding the part numbers for me after I proved inept and after paying more for postage than the 2 grommets are worth I had 2 ordered.
7700423111 is the number for future reference. 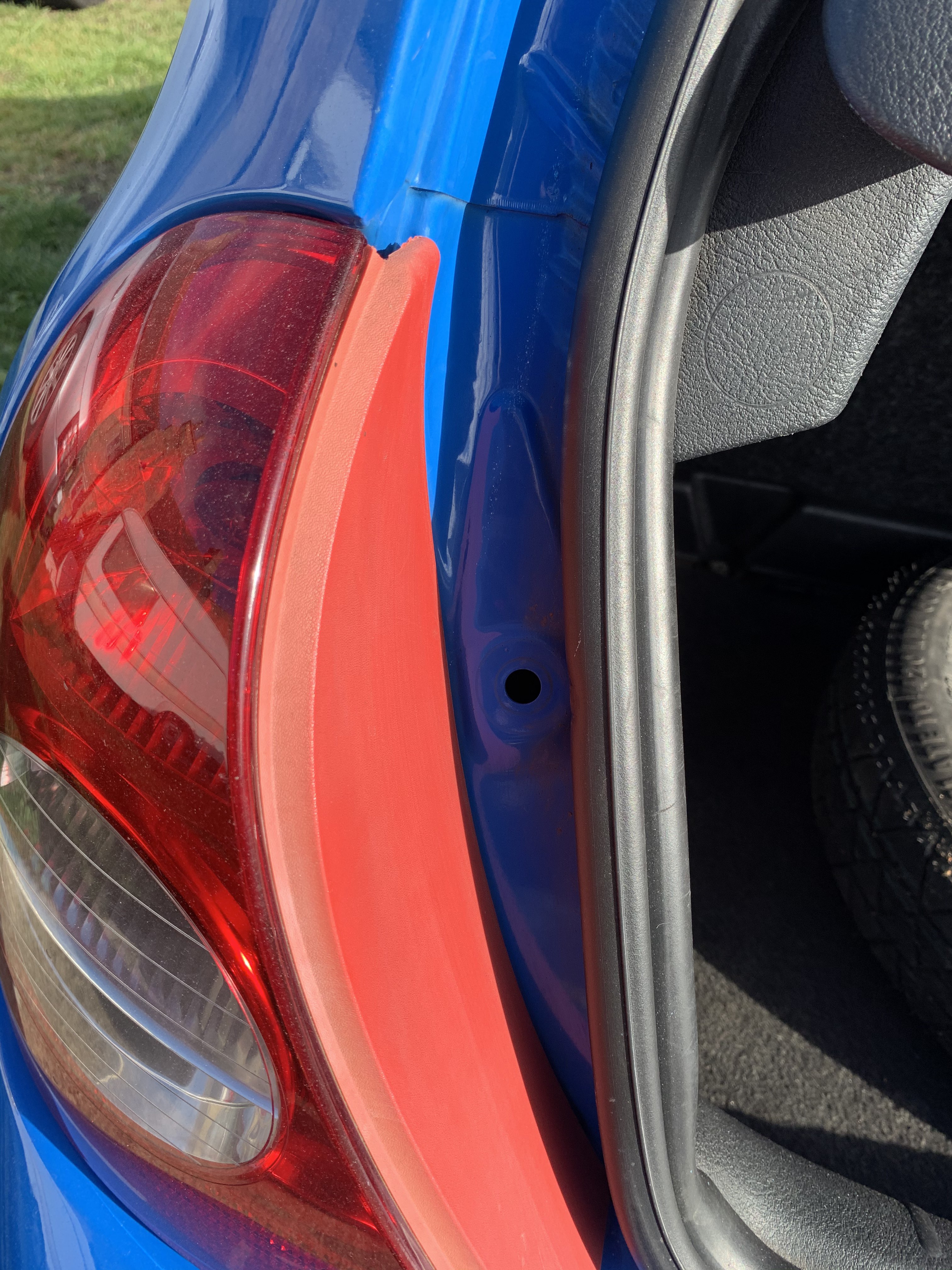 A little clear silicone later and she's sealed up good: 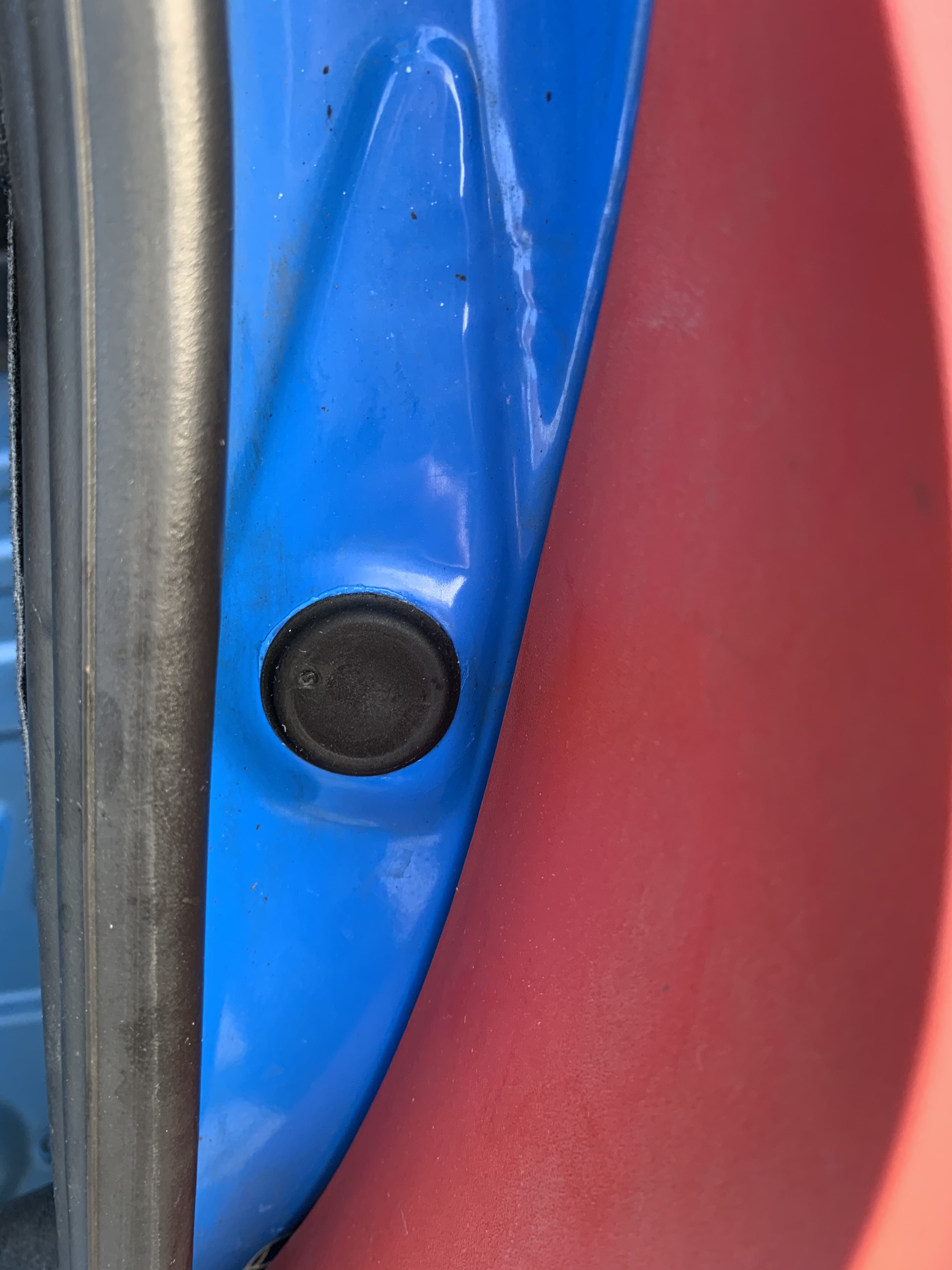 Next up is the sticky and gross interior.

ClioSport Club Member
RB 182
Have been meaning to keep this updated better, but my draft for the next post has been lost somehow so I didn't feel all that motivated to type it all up again. I’ve also not been able to upload images from my computer, no matter what browser or format I use. Ah well.
I figured I'll go for less detail and get it more or less up-to-date.
First up was the interior, check the before and after shots, not bad! 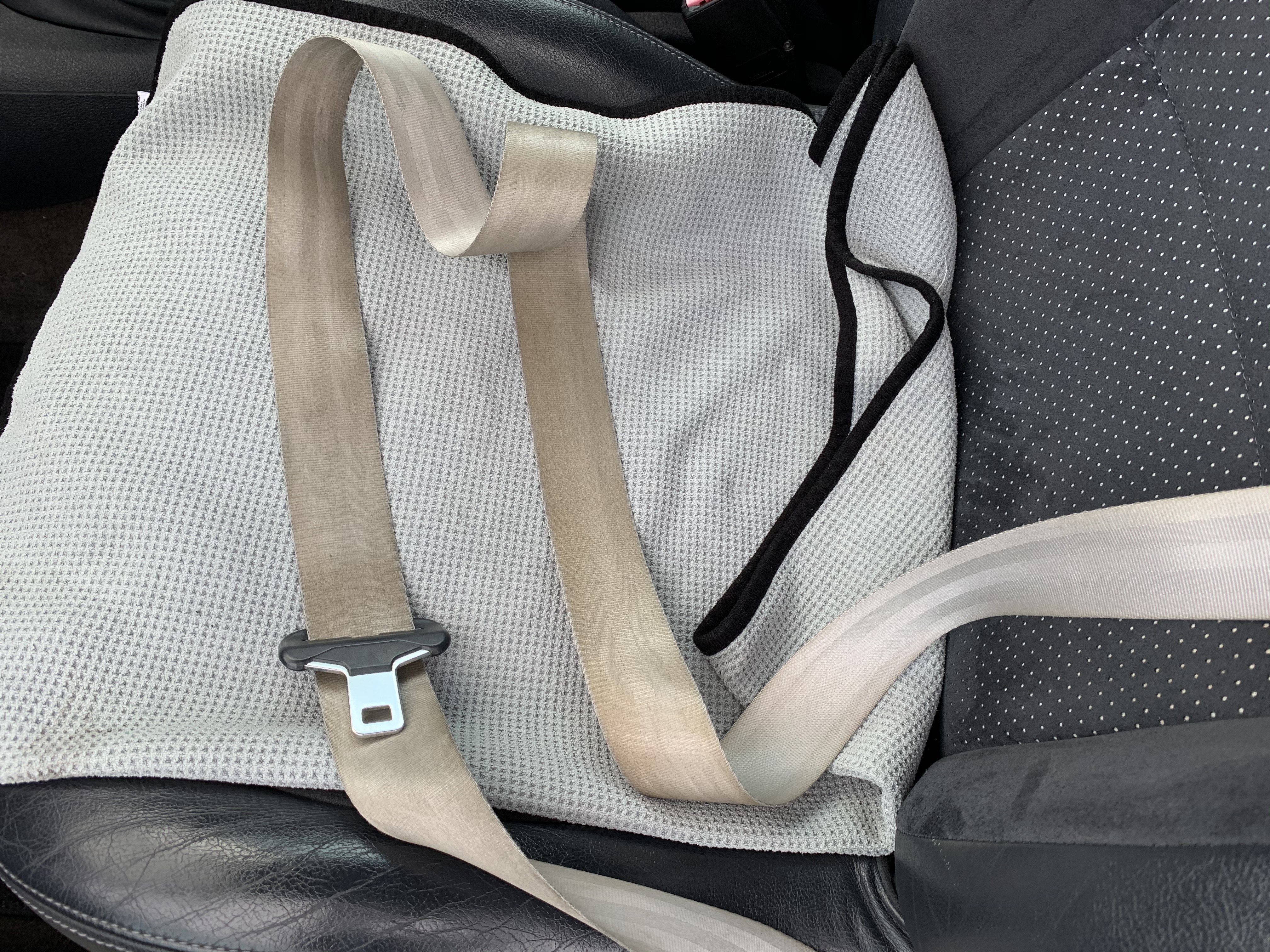 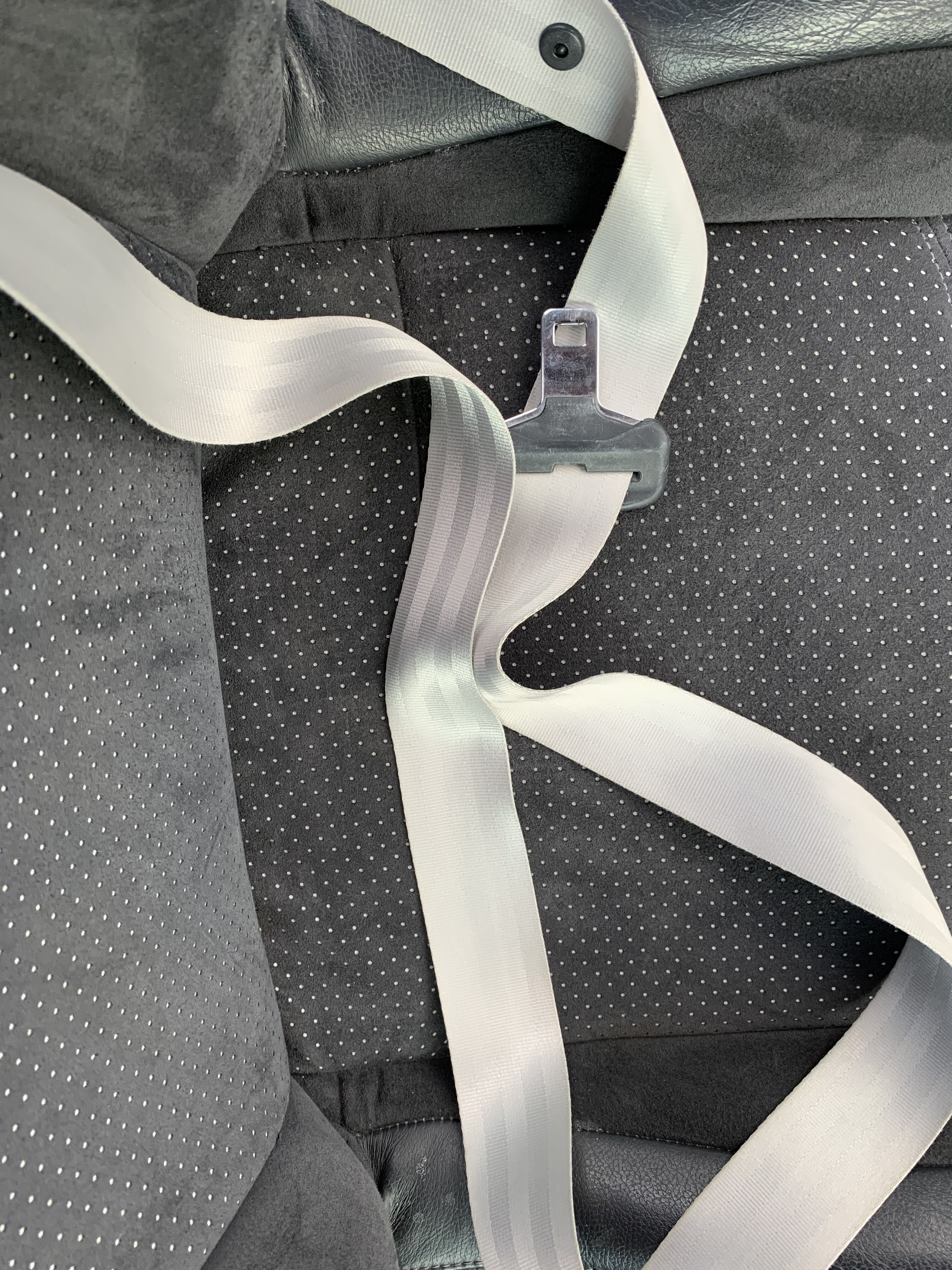 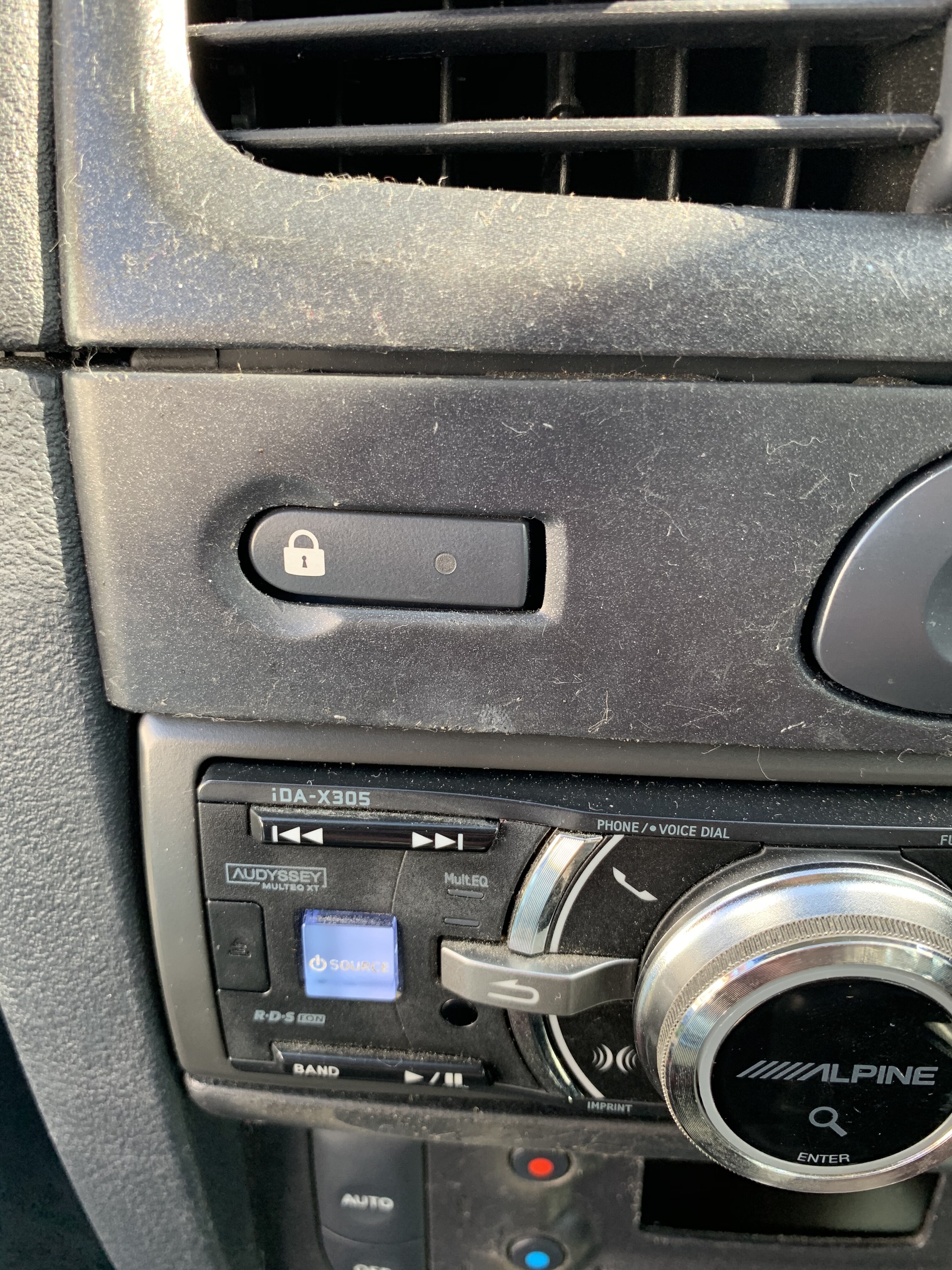 From pretty grim to pretty good, also fixed the lock switch not sitting right when I took the hazard panel out. 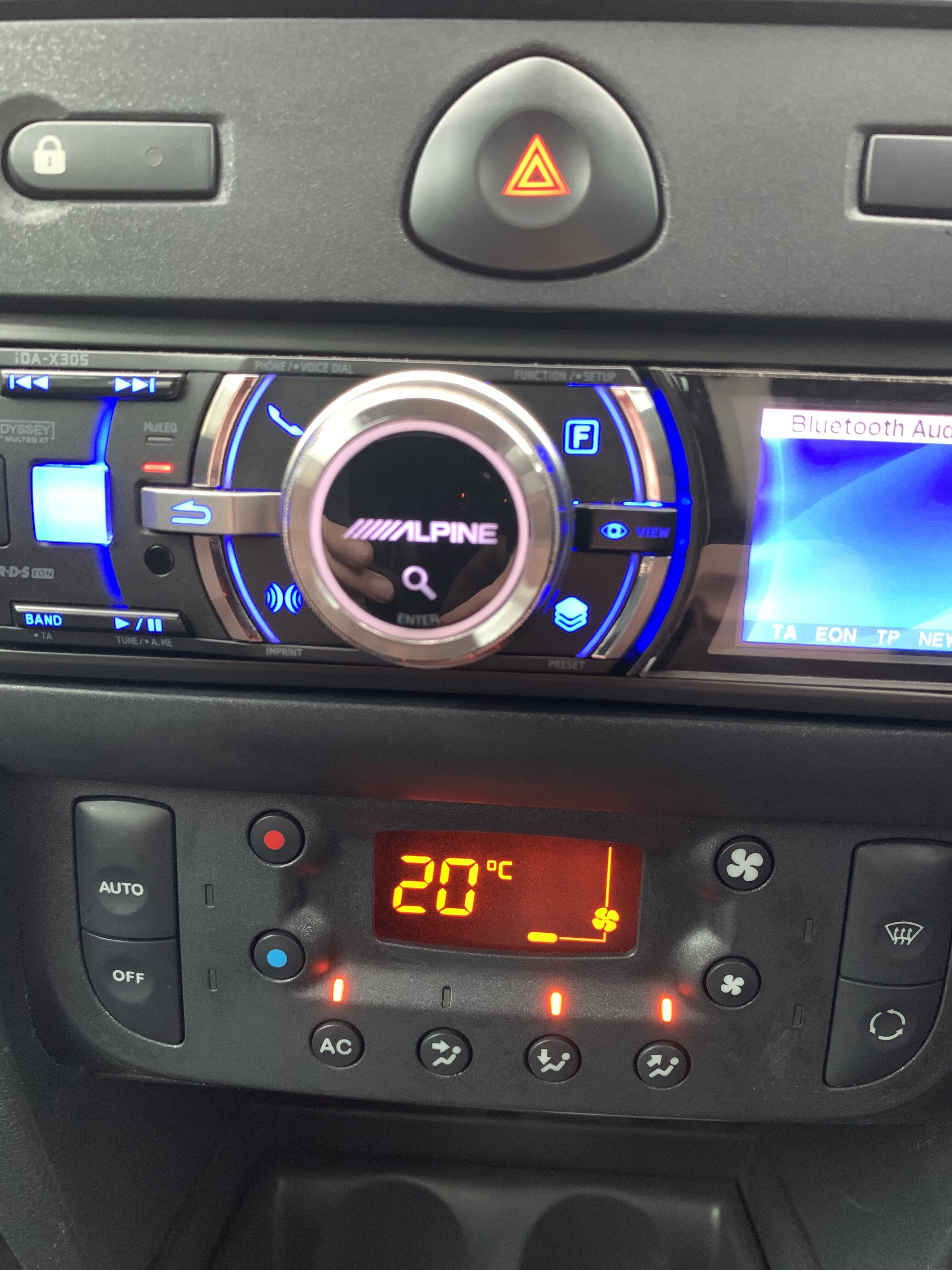 The top screen was almost unreadable so I took off the top dash to replace the lamps. these are T5 (286) 1.2w for future reference. 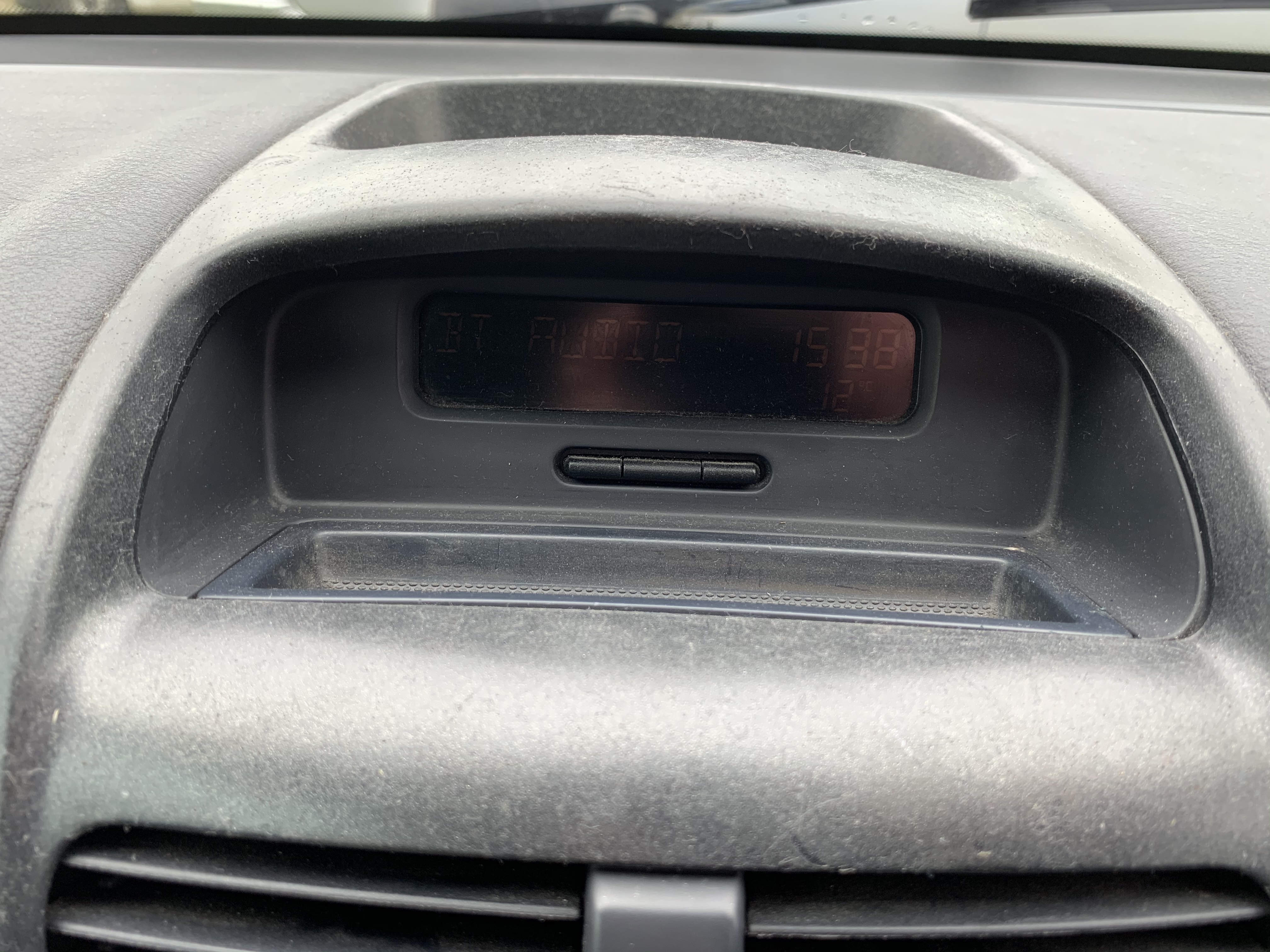 Although now I’m looking at the photos again it looks like 1 lamp isn’t working, I remember that one being a pain to fit, so probably my fault. The top of the dash will probably be off to fit the sub I’ve ordered (spoilers) so I’ll take a look then. 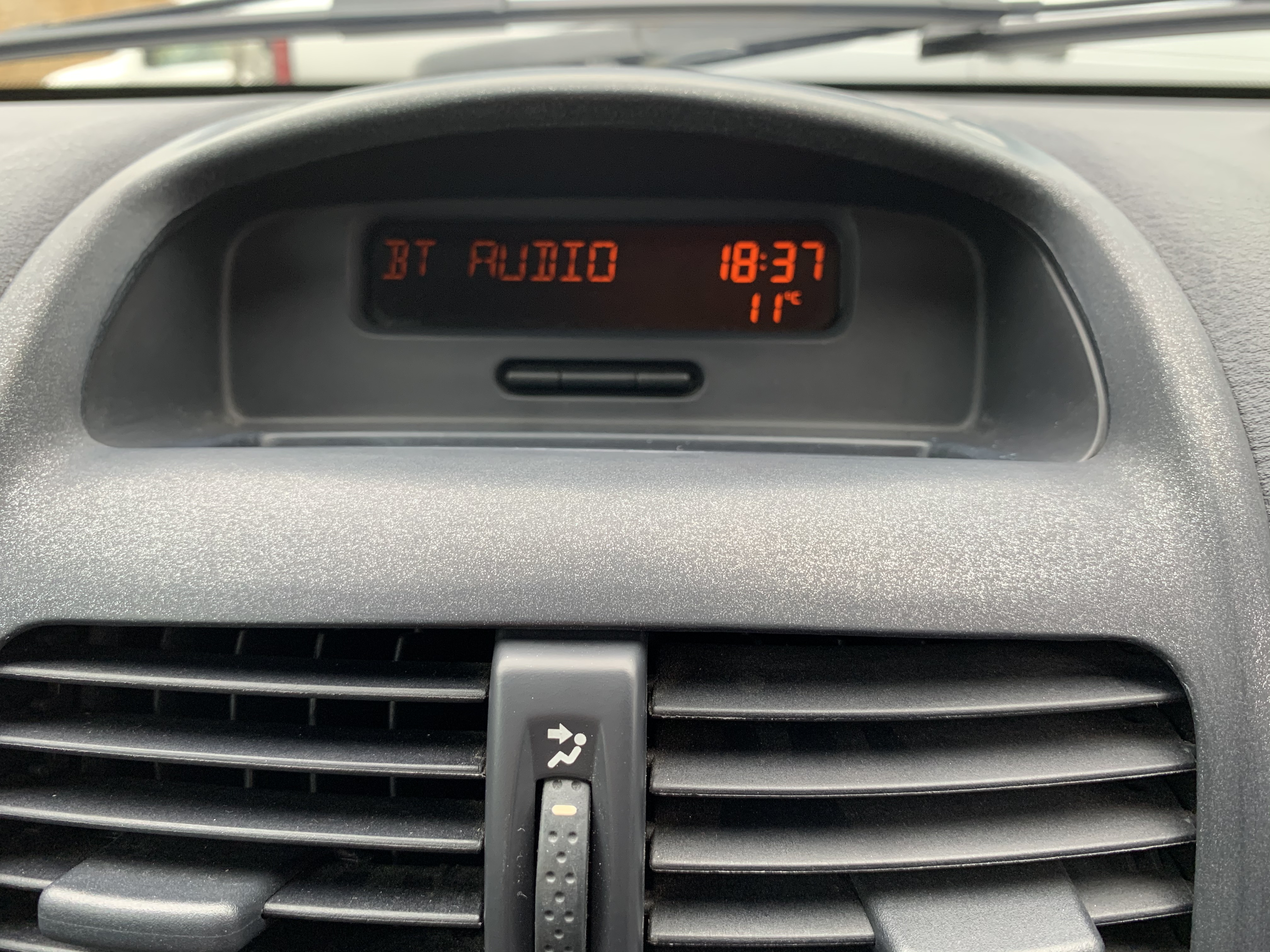 I also de-bobbled the seats with a £4 (delivered!) electric lint shaver thing. Certainly not perfect still, but definitely an improvement. 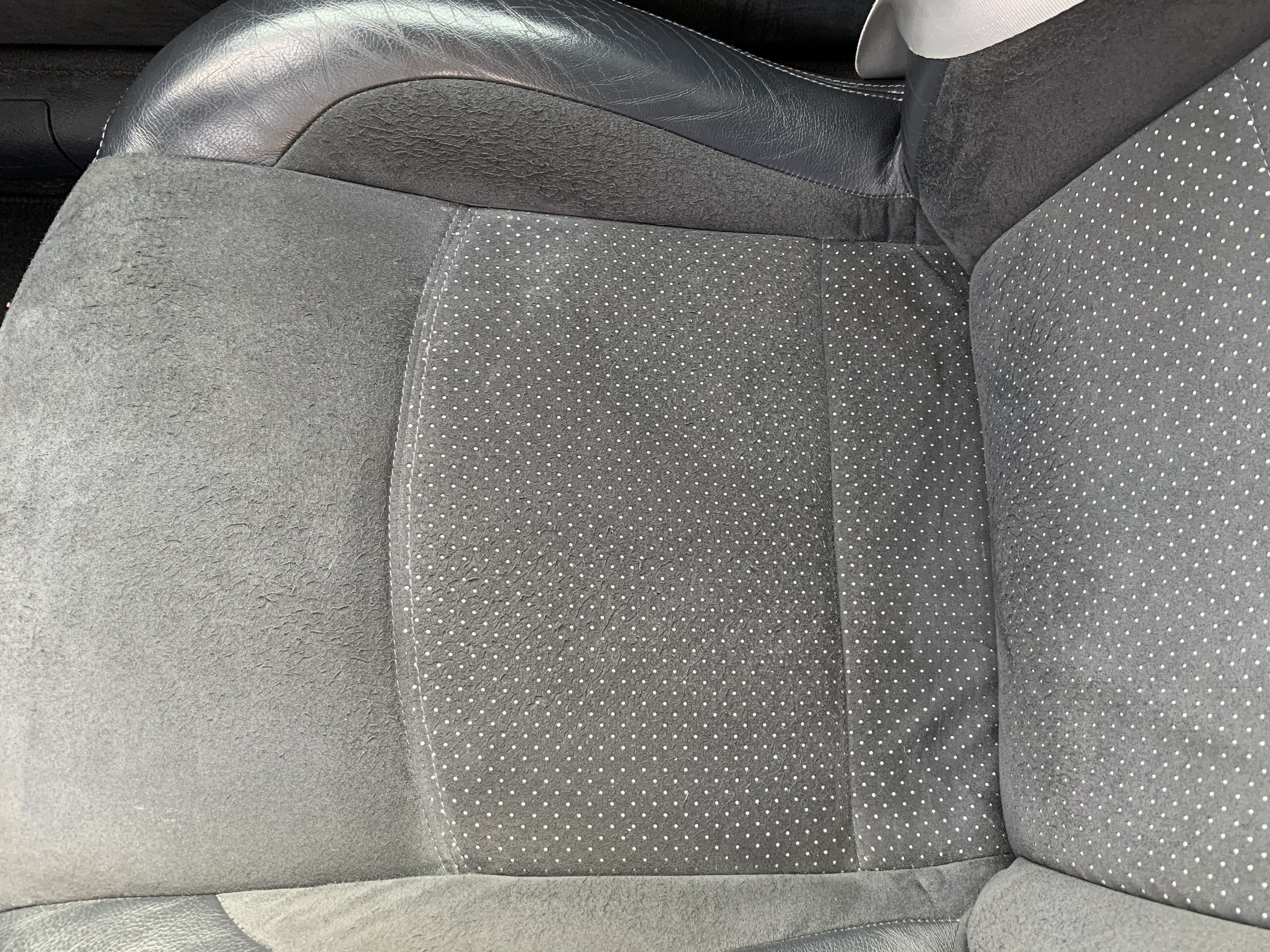 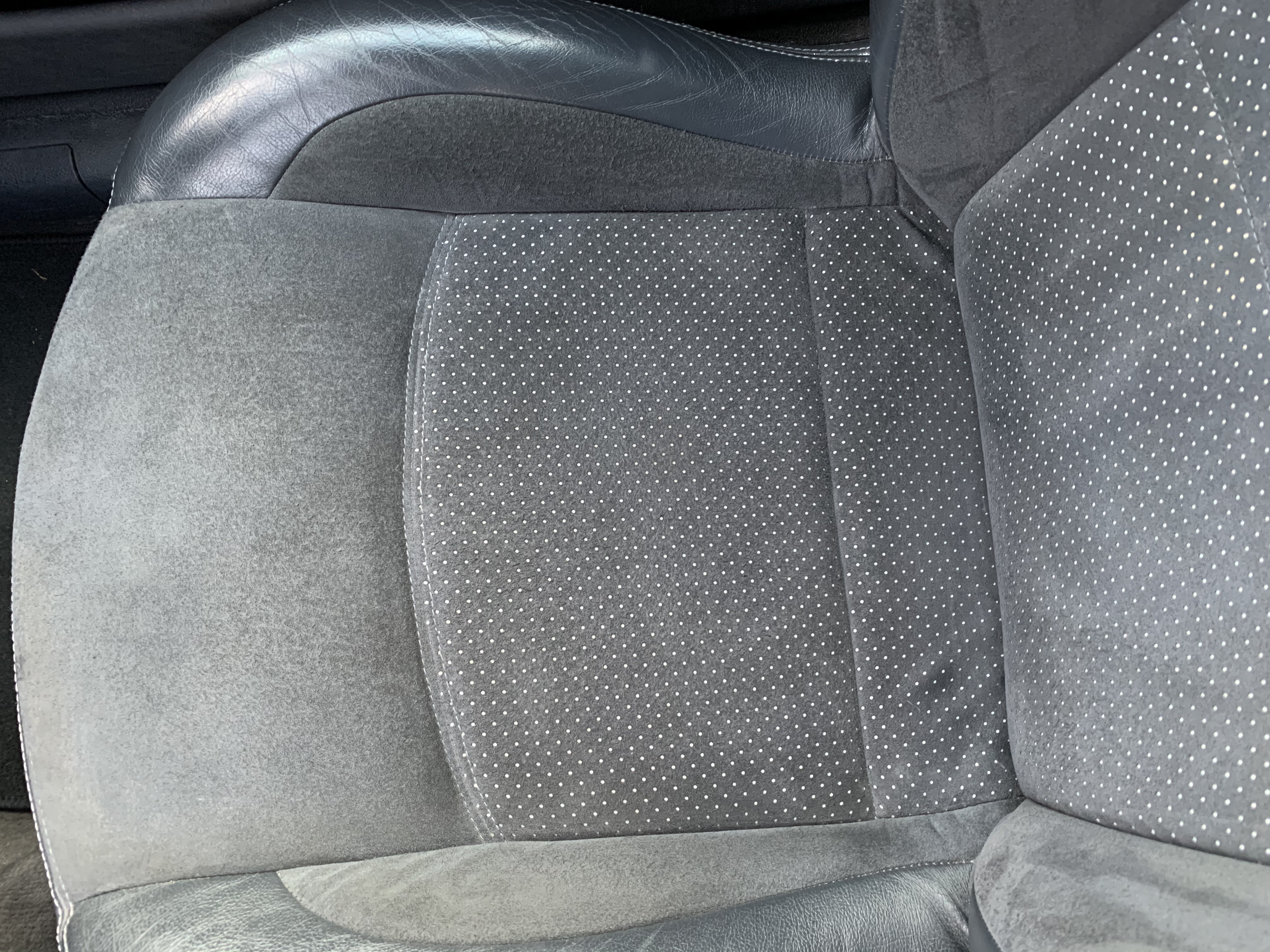 ClioSport Club Member
RB 182
Next up was some outside cosmetic stuff.
First up is the obligatory 3/4 plate, I went for 520x94mm from fancy plates, I doubt the 4mm makes a difference but I think it fits the car nicely. I’ve also stuck the old plate in the boot in case I’m stopped by a particularly picky copper. 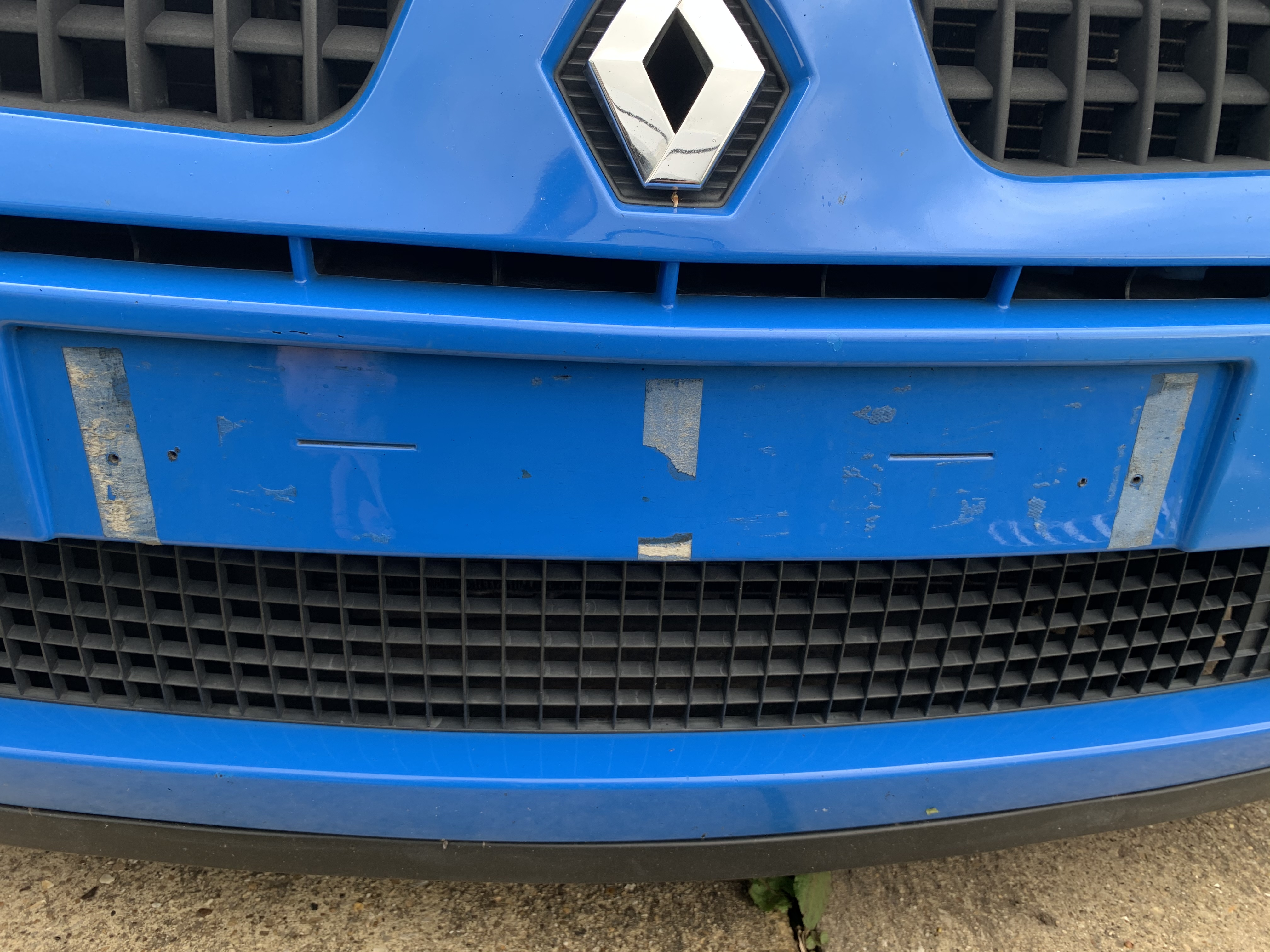 The old sticky stuff was a pain to remove, but @Hxrry ’s tar and glue remover worked great. 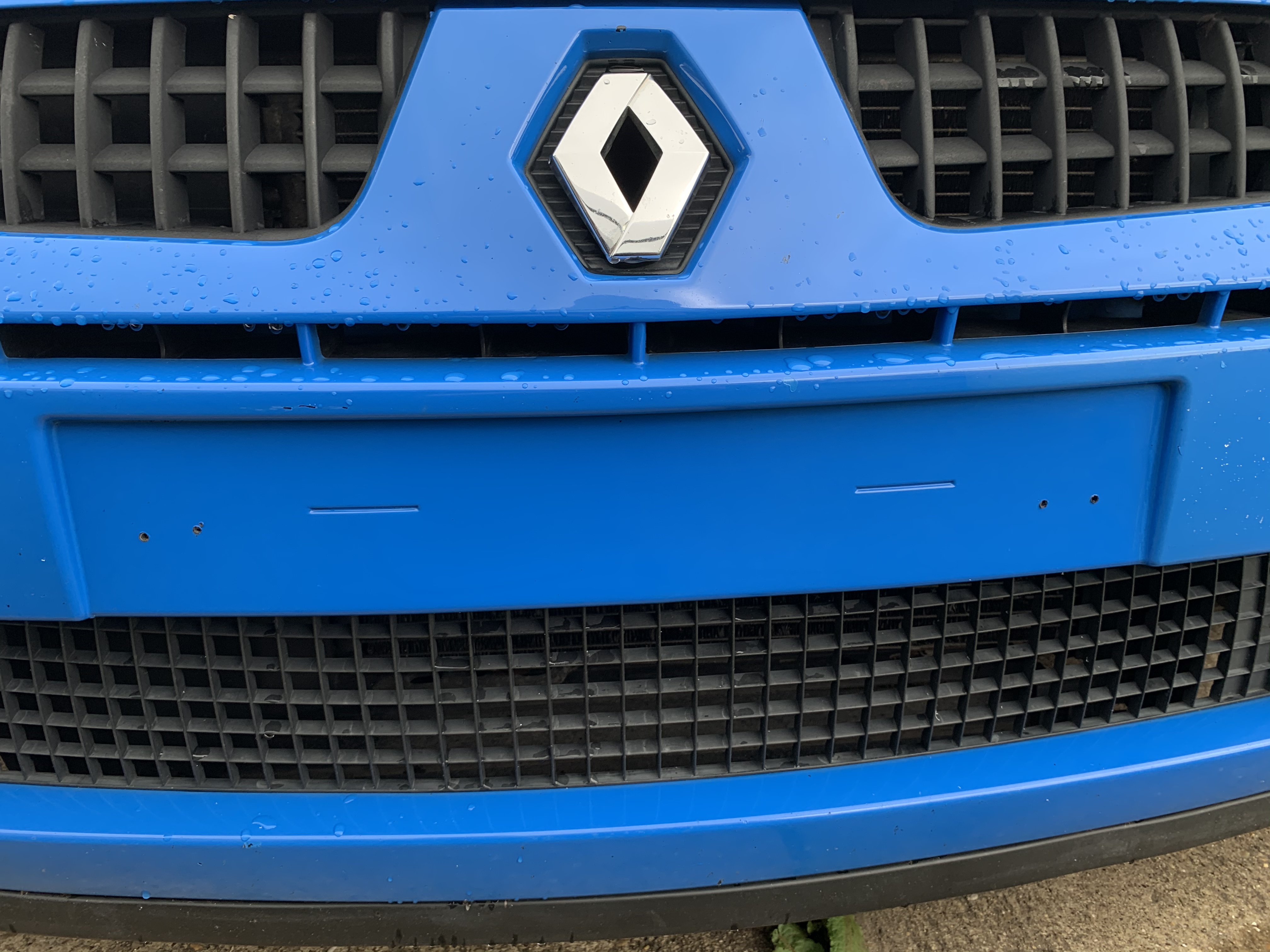 It’s a shame about the dodgy screw holes, but the bumper isn’t the best anyway and it’s completely hidden so I’ll try to not let it bother me too badly. 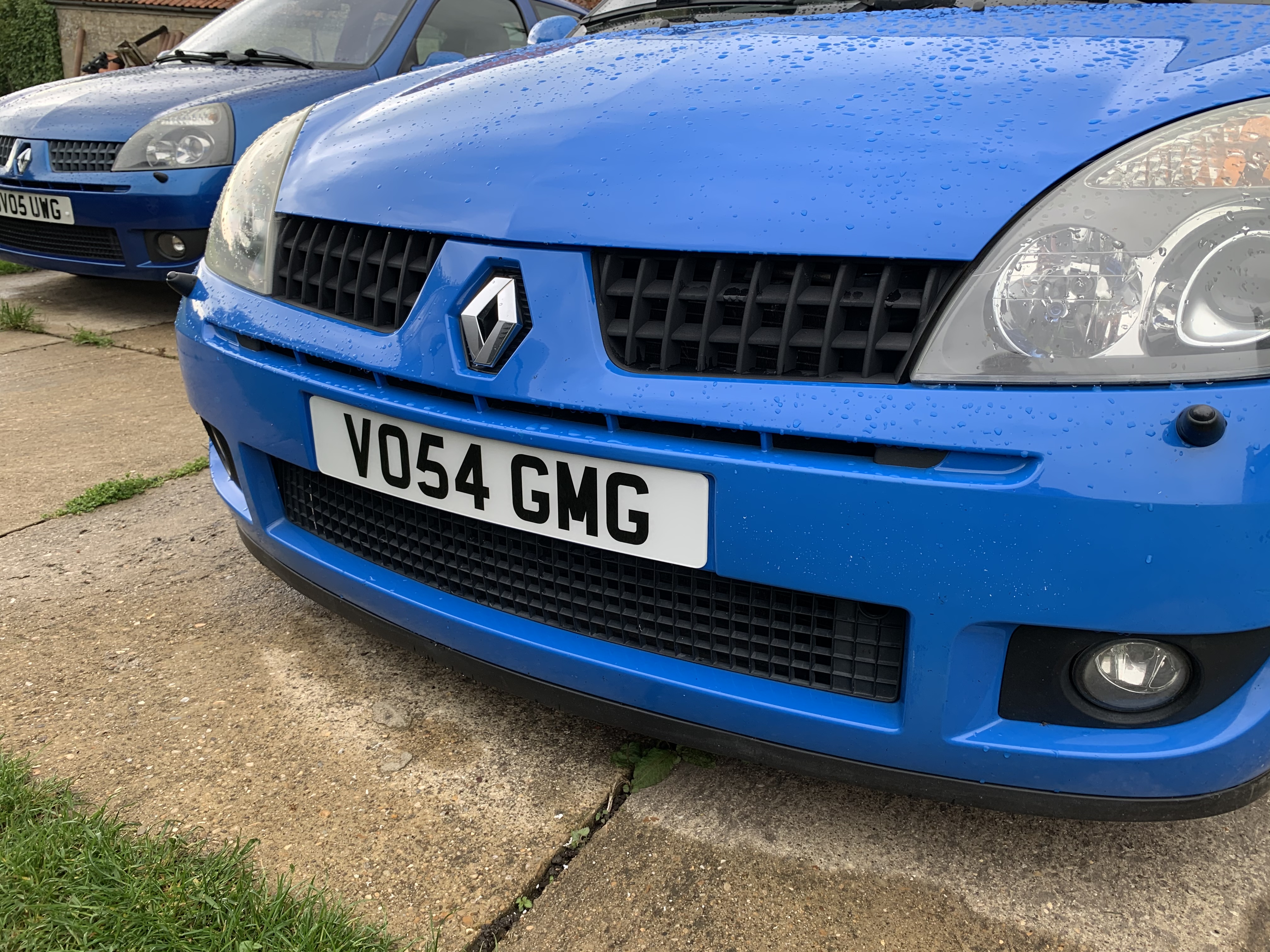 Under the bonnet was a new positive terminal cover, the old one was stuck to the ECU cover with gaffer tape, I’ve got a replacement top cover to replace once I can be bothered to clean it up. 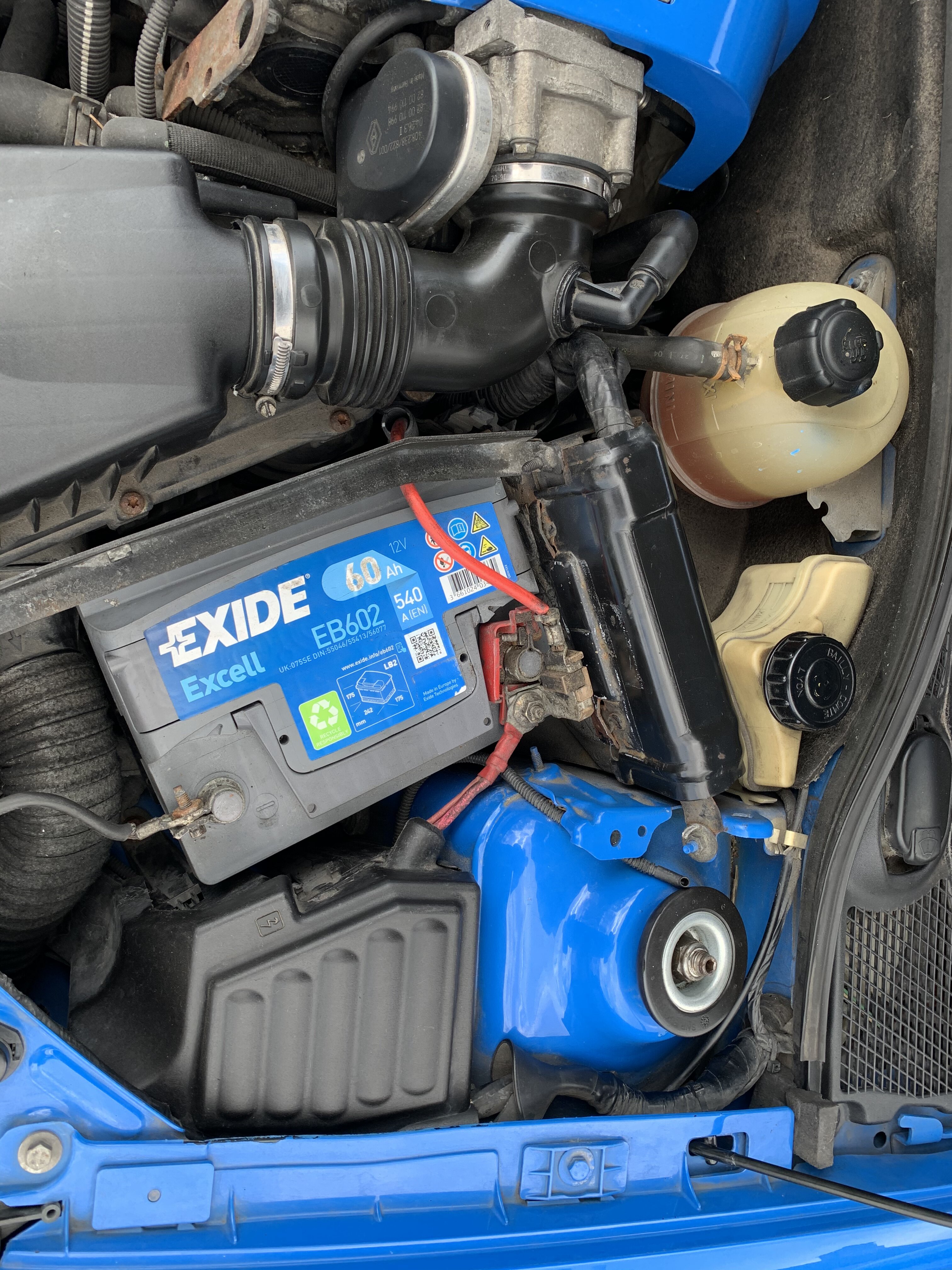 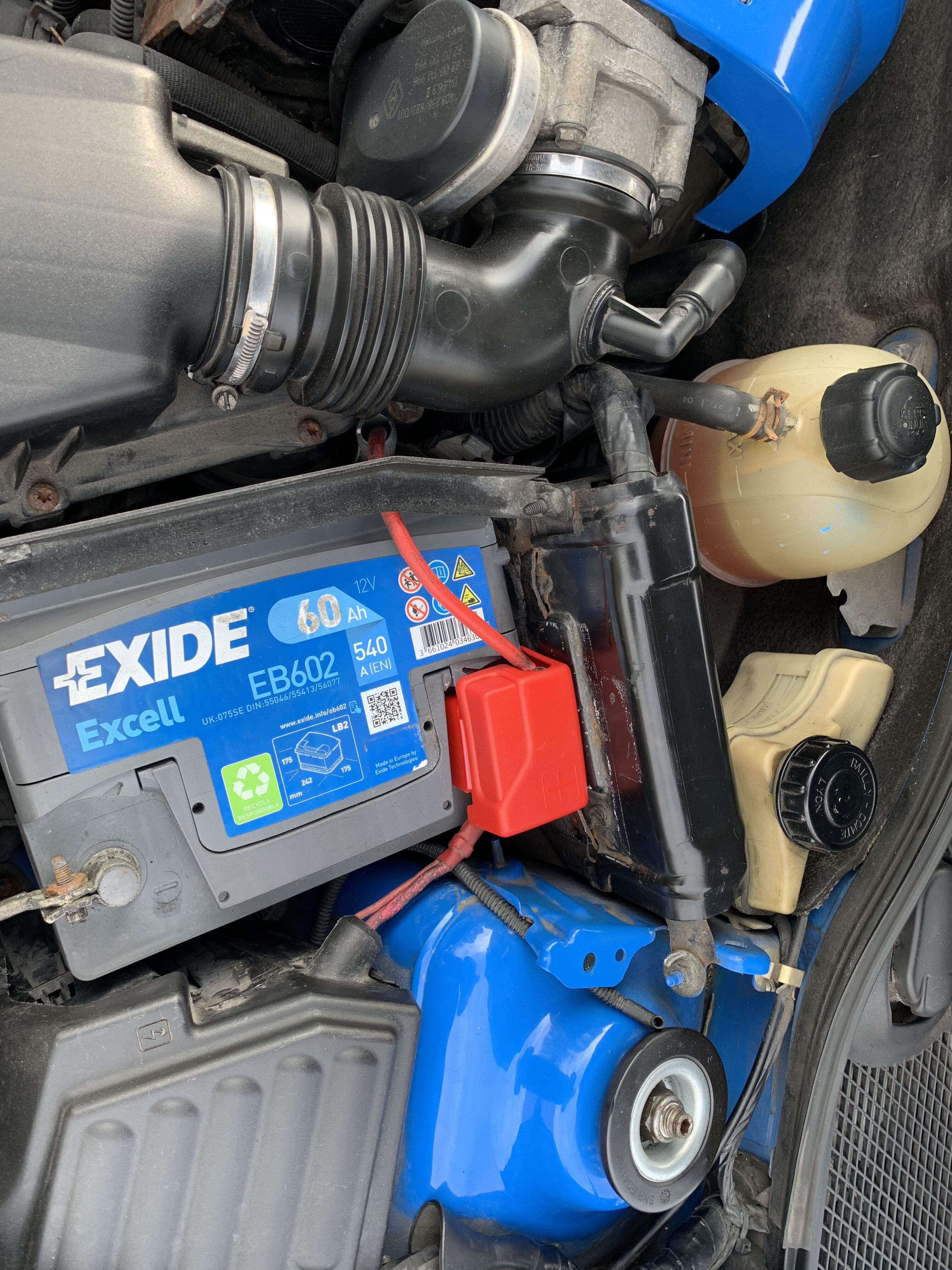 Part number for the terminal cover is 7701702362 for future reference.
Also does anyone have a clue what that seemingly empty tube by my top mount could be for?

My side repeater lenses had been stuck on with glue that has since dried up and easily come off so I figured getting a pair of genuine replacements would be a good idea. Part number is 8200257684 and don’t buy them from Lithuania like I did, took forever to arrive. 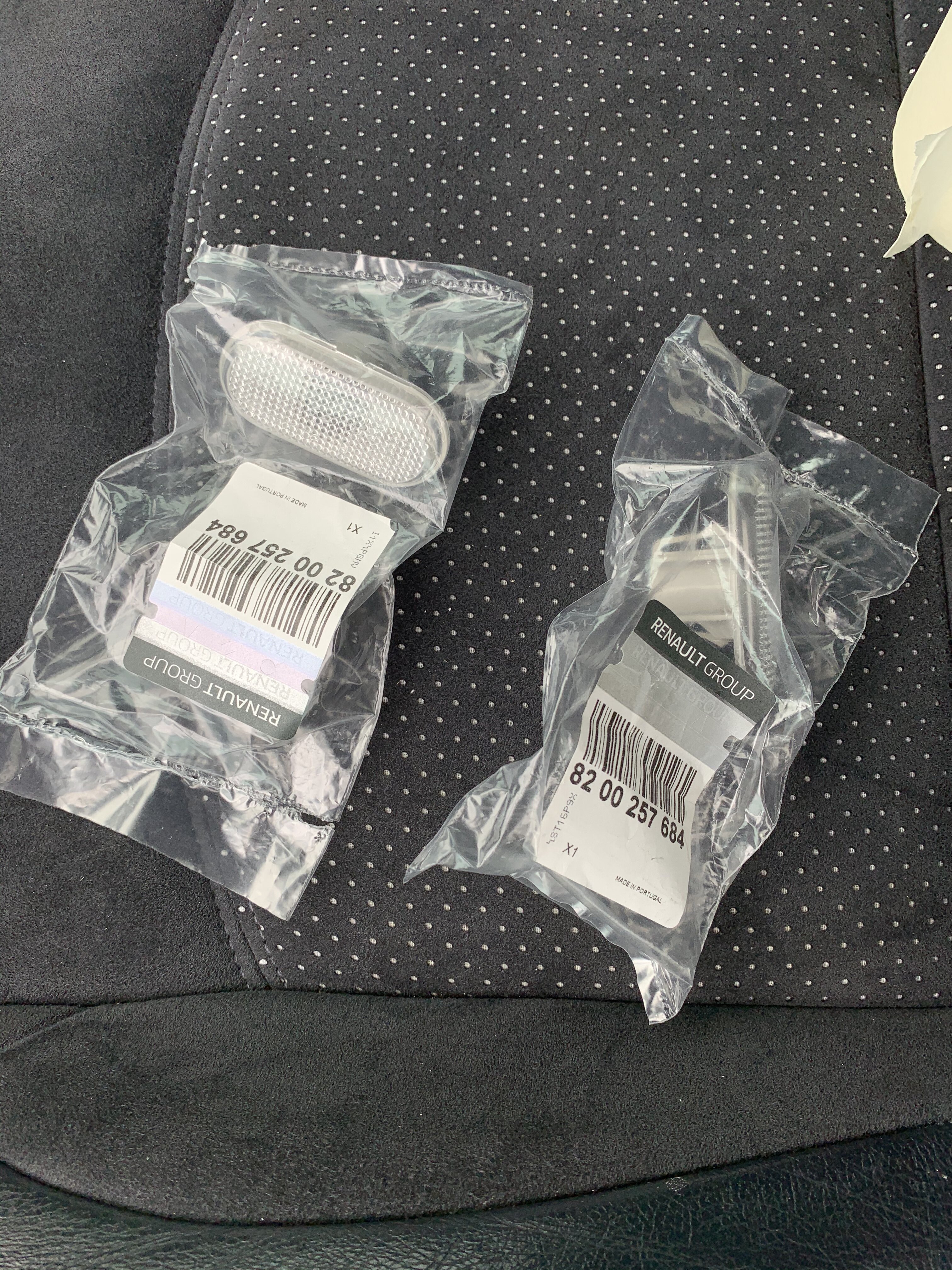 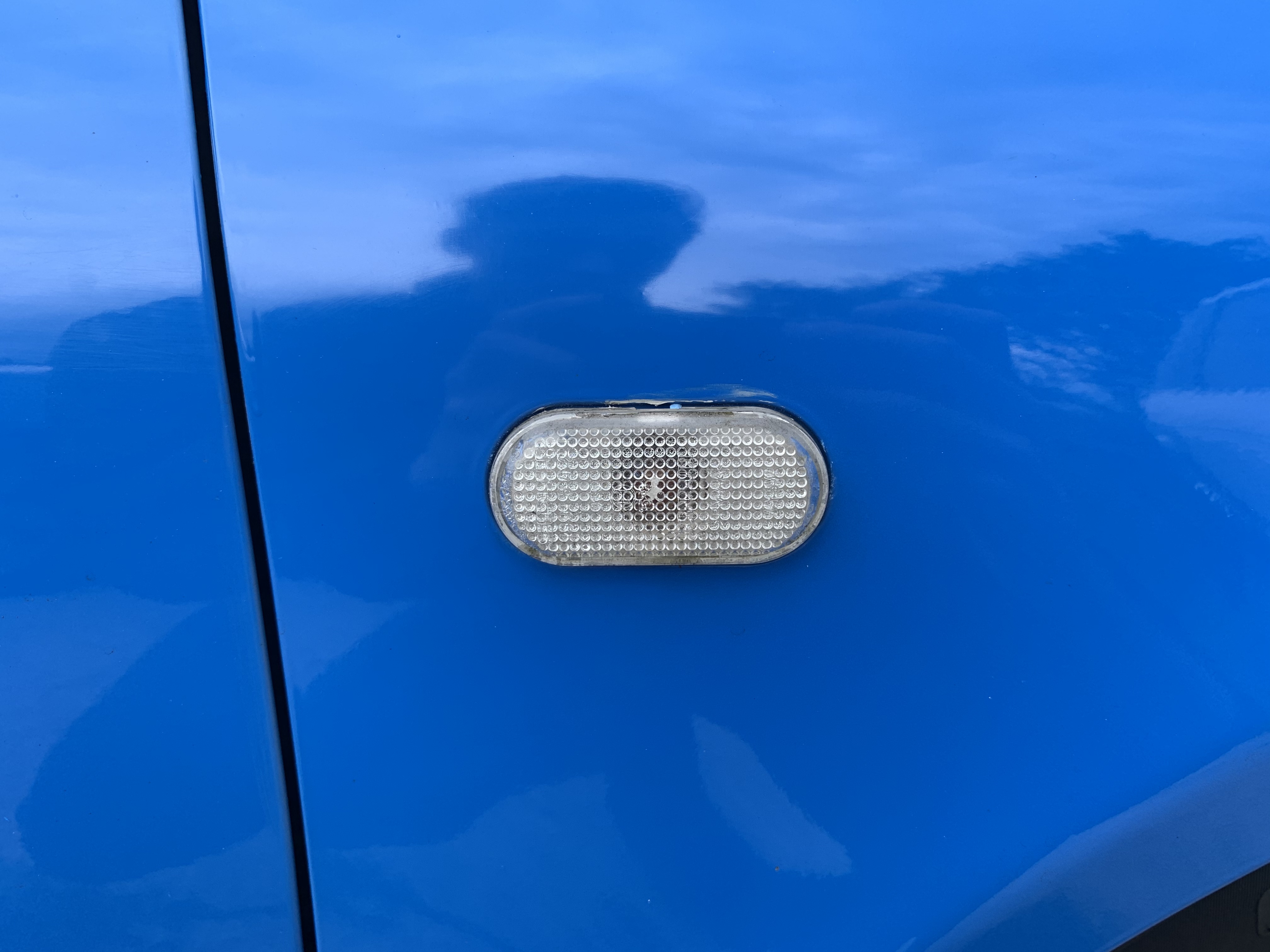 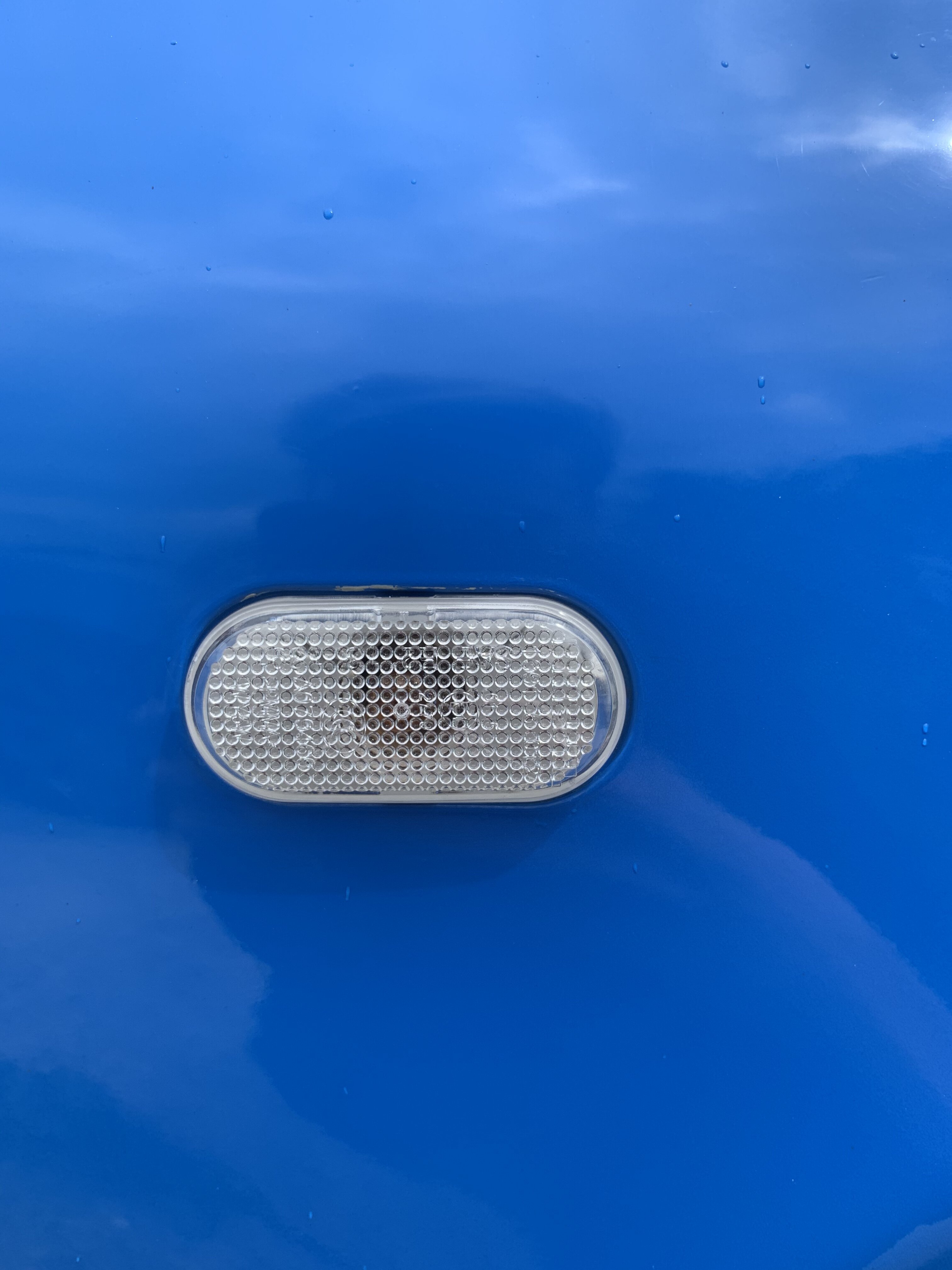 The difference is barely noticeable and I couldn’t get some of the dried glue(?) at the top off without damaging paint, still makes me feel better inside and that’s what counts right?

I also stuck the Renault sport badges back onto my boot. I had the badges loose, but they had seen better days, so I ordered a new genuine sport badge as they are still produced, polished up the Renault badge and stuck some badge adhesive. I’m pretty happy with how well it’s lined up. 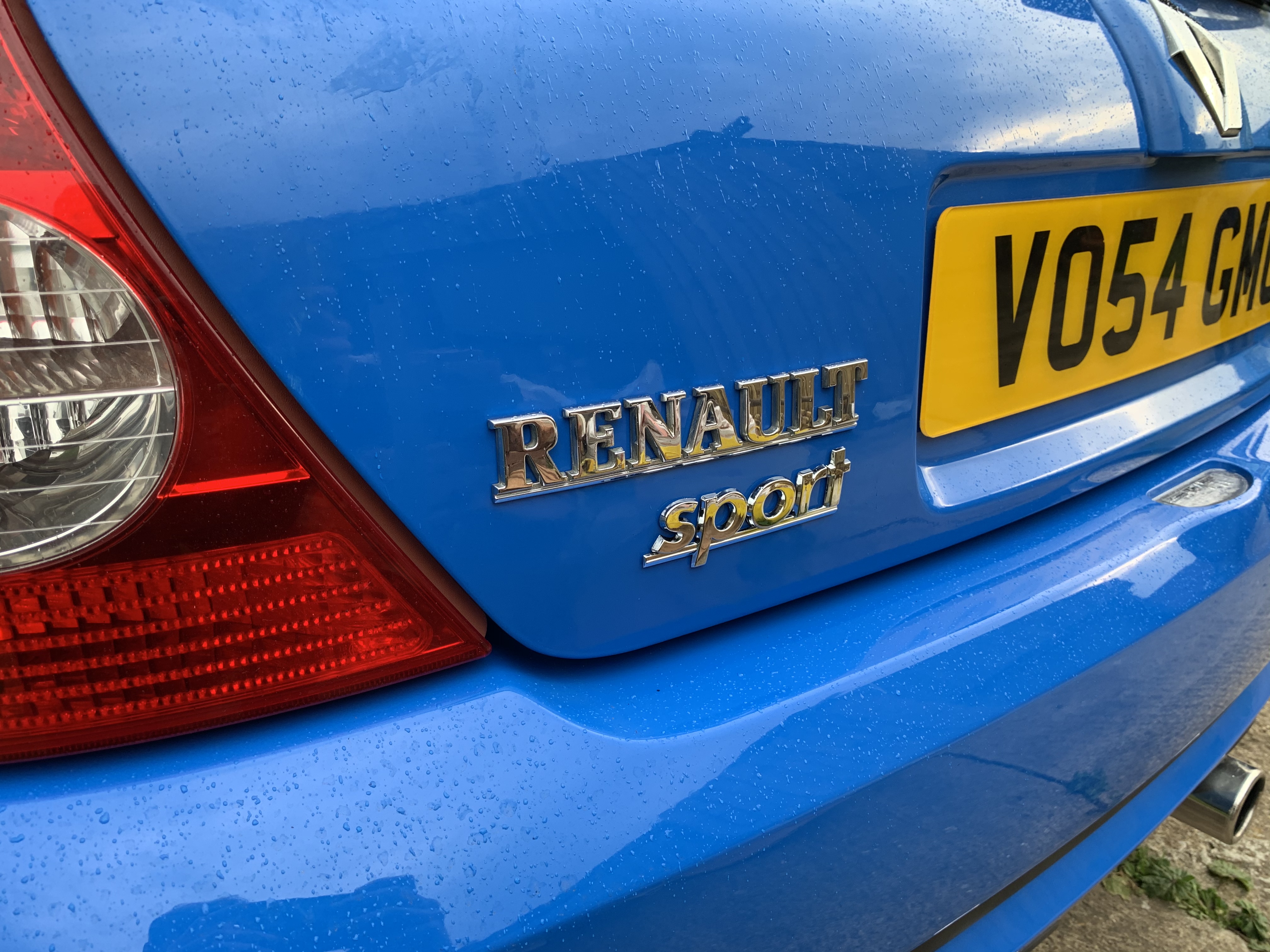 Finally a couple of questions for the Clio experts out there, I’ve got the original 2 cans of tyre goo, I’d never use it now but where are they supposed to be stored? Surely not just loose rattling around in the boot, did they come with a pouch that stuck in the boot like the toolkit?
Also I’ve got these stickers on the doors and boot lid, are they OEM and what are they for? Thought I’d ask before I removed them. 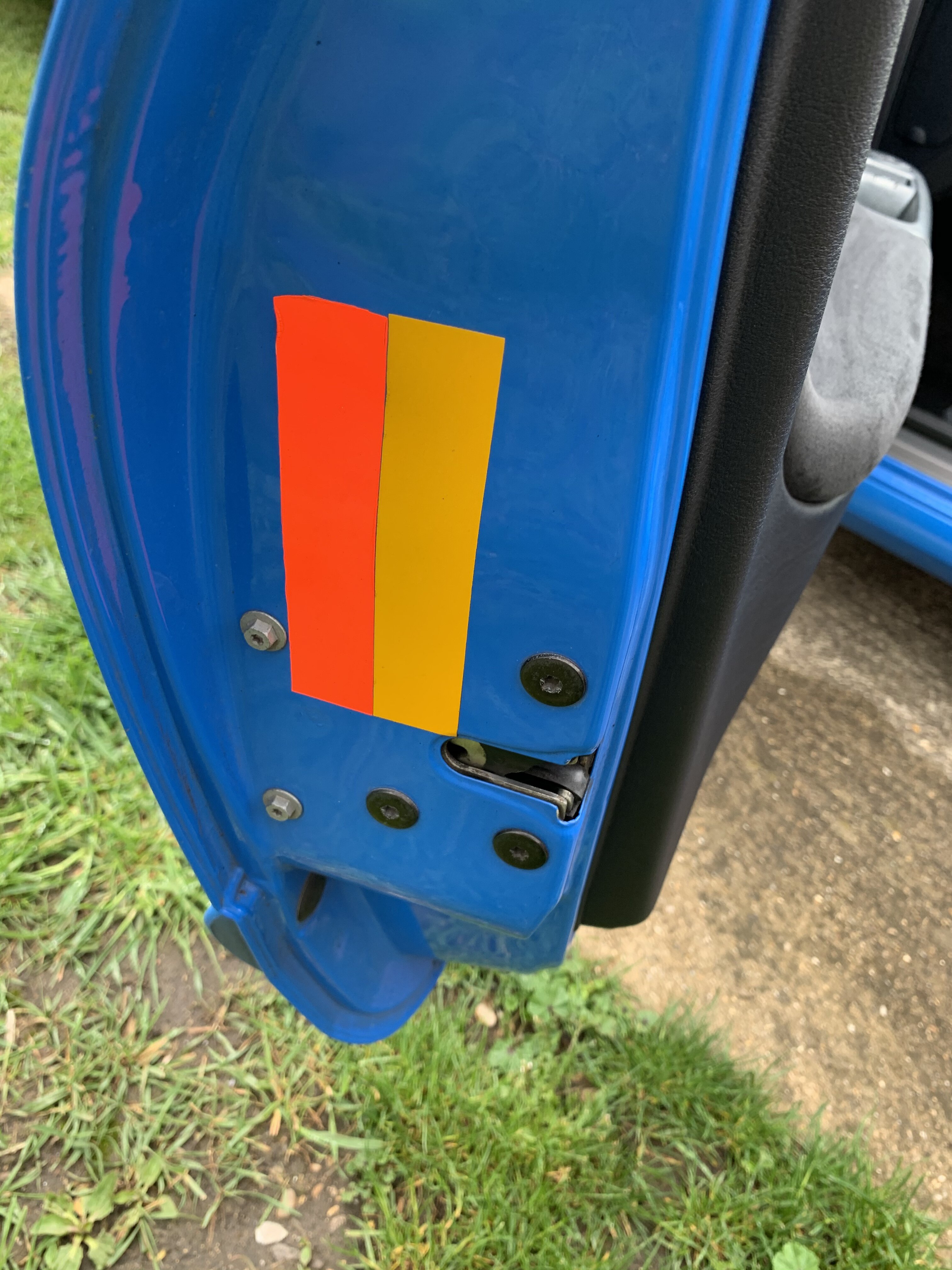 Sorry about the image spam, it’s probably stuff everyone’s seen a thousand times before but it’s a good way to tracks the cars progress.

ClioSport Club Member
Clio 182FF titanium
The tyre goo came in a can that sat in a bag which attached to the Velcro strap on the drivers side of the boot. The stickers on the doors etc, someone else has stuck on. I’d personally be removing

RustyMojo said:
The tyre goo came in a can that sat in a bag which attached to the Velcro strap on the drivers side of the boot. The stickers on the doors etc, someone else has stuck on. I’d personally be removing
Click to expand...

Don't suppose you've got a picture of what that bag should look like or what I should call it when searching for one? I'd like to find one for orginality's sake, but I bet they're unobtanium.

ClioSport Trader
Arctic Blue 182 FF
Car's looking great! Liking all the small tweaks you're making, they all add up in the end! Thank you for the tag too, glad to hear you're liking the products

hopgop1 said:
Don't suppose you've got a picture of what that bag should look like or what I should call it when searching for one? I'd like to find one for orginality's sake, but I bet they're unobtanium.
Click to expand...

Tyre seal kit unfortunately. I'll do some internet digging, I do wish Photobucket wasn't such a c**k, trying to find photos from circa 2005 is tricky as is.

Congrats for have picked a clean example mate. Just wondering which place you ordered for the terminal cover from?
Cheers

Congrats for have picked a clean example mate. Just wondering which place you ordered for the terminal cover from?
Cheers
Click to expand...

I picked mine up from kamracing mate, probably cheaper out there but it’s a proper genuine one not a cheap copy.

hopgop1 said:
Tyre seal kit unfortunately. I'll do some internet digging, I do wish Photobucket wasn't such a c**k, trying to find photos from circa 2005 is tricky as is.
Click to expand...

Pretty sure it looked like this…from eBay pics, but can’t remember exactly

RB 197 LUX
My 197 came with the original goo kit, would probably came out with the force of a frube if I tried to use it. Also came with the elf oil top-up kit with a paper funnel, Renault napkin and glove

Thanks, I’ll keep an eye out for one now I know what it’s supposed to look like.

LB197 said:
My 197 came with the original goo kit, would probably came out with the force of a frube if I tried to use it. Also came with the elf oil top-up kit with a paper funnel, Renault napkin and glove
Click to expand...

I’m very jealous, that’s the kind of stuff I love having!

RB 197 LUX
Knew I had a photo somewhere, bit tatty but all there. Not sure how rare they are, but a nice addition. Even has the original Renault Team F1 emblem on the oil 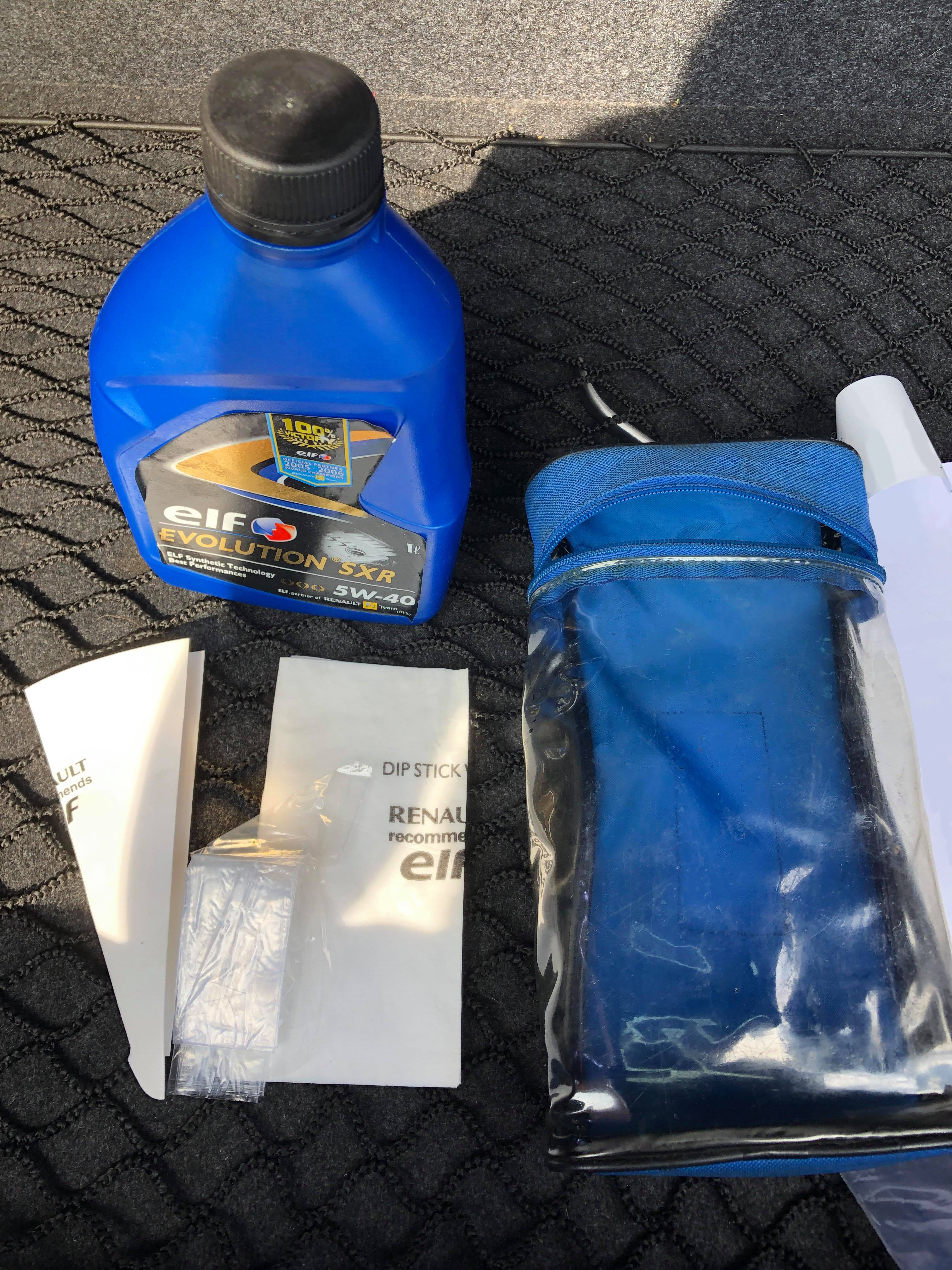 ClioSport Club Member
172 Cup
Looking good! @hopgop1 can you get me which adhesive you used to reattach the Renault badge ?

dave120 said:
Looking good! @hopgop1 can you get me which adhesive you used to reattach the Renault badge ?

I went for this stuff on eBay, working well so far and it’s about the perfect thickness IMO. Be prepared to spend some time cutting it to fit properly in the letters though. 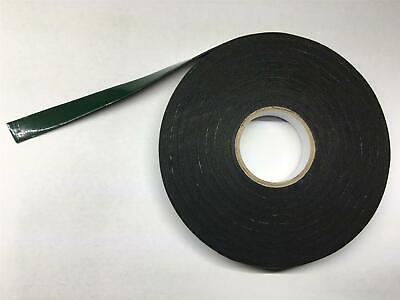 ClioSport Club Member
172 Cup
Cheers!
You must log in or register to reply here.