Insurance - Today Is A Good Day To Renew !

i was previously paying £1200 TPFT with Adrian Flux, but after they shafted Nick Hill ill never use em again
T

whats the story with nick hill then?
B

the story with Nick Hill is, when he crashed his Clio, which had one of his engine conversions done to it, they said they would give him £800, even though he had declared ALL the mods on the car, and even though Adrian Flux are supposed to cover these, its bull sh*t though, they dont, they offered him an £800 payout AND wanted to take the car off him

there a bunch of scam merchants 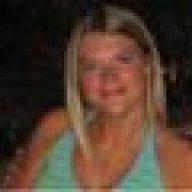 Most insurance companies will say they cover the mods on a car, but you need to ask if it is Like for Like replacement, or they will try and get away with a simple cash settlement for the market value of the car

Thats really cheap tho Brun, well done on getting that quote. My insurance is £769 tpft with 2 years ncb.
M

Kelly, how do you insure a williams tpft ?? it is valued at less than 5k or something ?? most williams are valued over this and insurers insist on FC over 5k

Brun... your 20 with a 1.4rt? i got my valver when i just turned 19 and am paying about the same insurance as you. mite wanna try tescos? see how much they quote u.
R

After being on my dads insurance for 3 years i am now very much regretting it! Tried getting insured on valvers/gtis but no luck! Therefore im buying another 1.4 RT but this time on my own insurance.

Brun who are you with? I live in a fairly busy/ish area, and Liverpool Victoria quoted me £990 fully comp with mods declared on the car im getting end of this week (ph II alloys, magnex exhaust, lowered, air filter, cat 1 alarm), which i thought was pretty decent considering 0 yrs no claims. Also every other place i phoned quoted me around £1400 TPFT! Ridiculous!

After being on my dads insurance for 3 years i am now very much regretting it! Tried getting insured on valvers/gtis but no luck! Therefore im buying another 1.4 RT but this time on my own insurance.

Brun who are you with? I live in a fairly busy/ish area, and Liverpool Victoria quoted me £990 fully comp with mods declared on the car im getting end of this week (ph II alloys, magnex exhaust, lowered, air filter, cat 1 alarm), which i thought was pretty decent considering 0 yrs no claims. Also every other place i phoned quoted me around £1400 TPFT! Ridiculous!

im on about £1200 in my 3rd year driving (2yr NCB) with 2 incidents and 3 SP friggin 30 points, thats with frizzell / liverpool victoria (im 19). some guy in the yellow pages (18-21 specialists) could do it cheaper, but he seemed TOO keen if you know what i mean for my business, i.e. wanting me to take it out there and then, could only hold it for the duration of the phone call...etc,etc. I gave him some bollox about not having my credit card handy and he kept ringing my phone (so proves they cant just hold it for 5 mins!) but EVENTUALLY got the message!

who ya with brun?

while we on the subject of insurance, i am about to renew, the only thing is when i asked for my ncb cert from the first yr they sent me a cert with 2yrs no claims on. i sent this to tesco and thus before i turn 20 will have 3 yrs.... tryed fillin out an on-line insurance quote but it didnt like it, does any1 no what i shud do? do i play dumb and try a phone quote. or is it possible that i could have built up a yrs worth on a pedda which i have never had?
B

Hate to rub anyones noses in it, but Im paying just under £700 fully comp on my 16v with only 1 years NCB (previously on my dads policy). Im 22, but I live in rural Wales, so theres not much chance of theft!
P

I no waht your all thinkin, they made a mistake, well thats there fault, i have sent 2 letters (i have copies of both 1 via fax i via post) to say that the engin is a 5 turbo lump. I have a confrimation saying that its loged, insurance states that its a modded 1.4.
C

I live in a very samll in a low crime rate area.

liquid whos that with? ike i say i am re-newing soon got a passplus to.
M

Brun nice to see some peeps off scoobynet
H

Dont ever insure with Elephant they are the worst, I had an accident and reported it to them the same day. 2 months went by and I got a letter from the police saying that I had left the scene without giving my details which is bull@$£". Phoned Elephant up and they had not done a thing, I said have u tried to contact the other party they said yes but the line was engaged. I said did u try again or write to them, no they said we wait and if they do not contact us u lose your NCB.

When I was looking for a new car I never even looked at the clio seriously as I knew it was group 16.. i though no chance..

Brun nice to see some peeps off scoobynet
Click to expand...

im not the same Brun from Scoobynet mate, he posts under the name Brun. and i post under BRUN........confusing i know
T

Thats a good quote BRUN, whod you get that with? What mods you got? Mines up for renewal soon, got stung on my mods this year, gonna have to find a specialist insurer methinks!

Thats actually pretty good going. Who are you with Dan?
T