Outside Temp Sensor - Cheap Fix (Cut Wires). Any Problems With This?

I have a 172 Cup and the outside temperature sensor was playing up and telling me it was 40C+ outside when (sadly) it wasn't.

I read on here that the fix is to replace the sensor in the passenger side mirror. I took the side panel off the mirror today and removed the connector to make sure it was not a loose wire or anything. I noticed that when I removed the connector, the temp vanished on the little LED by the clock all together. Job done as far as I am concerned, I dont care if the car tells me the outside tempreture.

However, I could not just leave the block disconnected as I also loose the power mirror adjustment. So I got the multi-meter out and pissed around working out what wires were related to the temp sensor. After some investigation, it looked like it was the red and black wires that did the temp sensor. So I removed them from the block.... and tadarrrr, the power mirrors still work and the temperature is no longer shown on the dash. Total cost, £0. Winner.

Assuming anyone else has this problem and doesn't care if they can no longer see the outside temp - all you have to do is pop the passenger side cover for the mirror with a flat head screwdriver and pull out the red and black wires as per the pic. Total time is under 5 mins and it costs nothing.

My question is: does the cars ECU use this data for anything other than to tell the driver what tempture it is outside? Are there any issues with having this permanently disconnected? 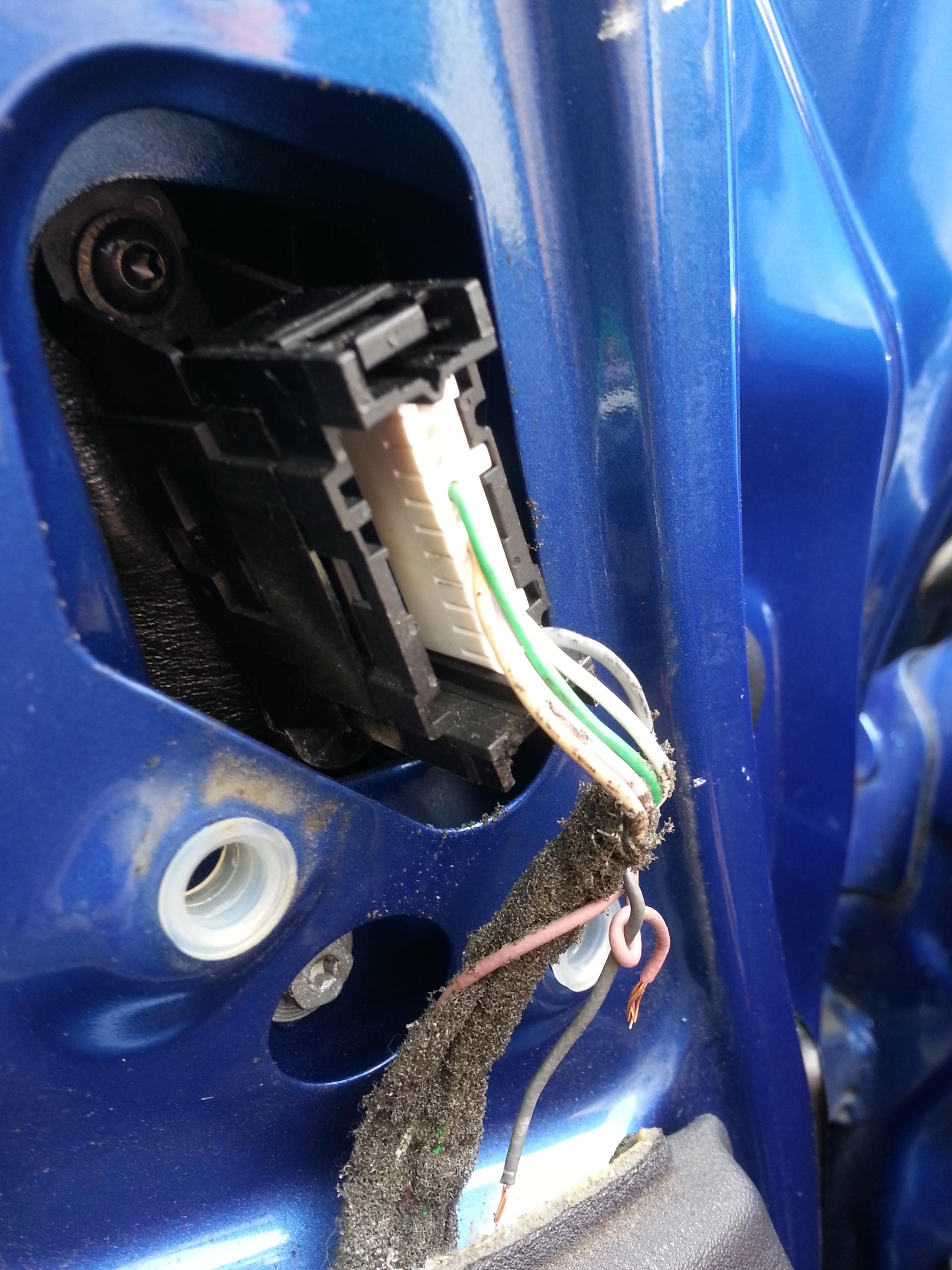 Audi A5
No the ECU won't use that for anything. It's just so you know weather to wear your scarf or not.

Nice little fix, thanks for sharing.
A