I have just acquired another 182 in Petrol Blue. I had a thread previously under a different account for the last one which was sold and exported to France; here is the link and the last picture I have:

As some of you may know I have been looking for a Petrol Blue 182 forever!!! Over the years I have been tracking all the cars I have come across waiting for the right one. No easy task when there were only 29 built in this colour. I have a list of 18 of the 29 cars built (I won't be releasing... 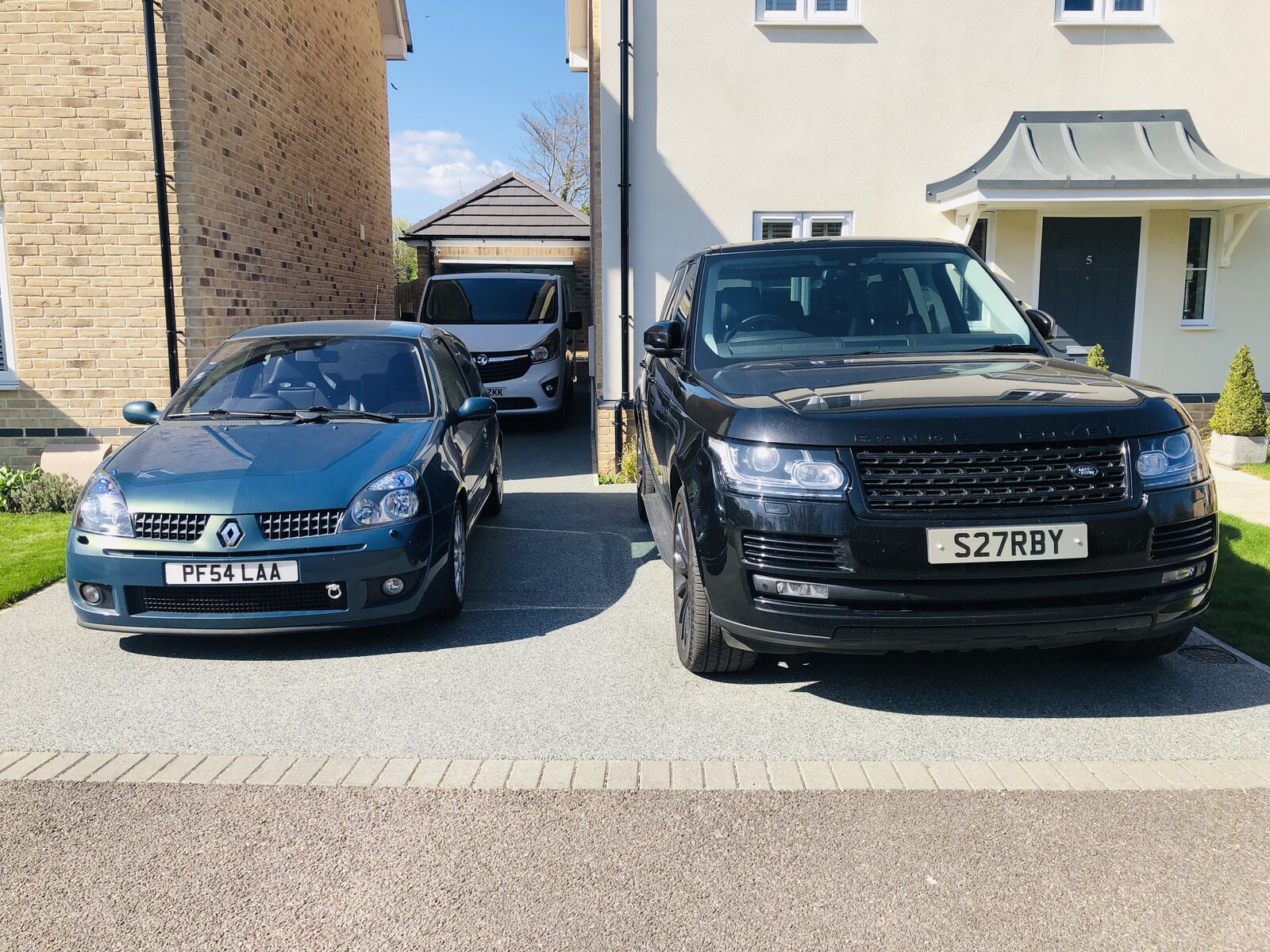 I ended up with a 200 (hence not been on here as much) but have quickly come back to a 182 in the form of another Petrol Blue. I’ll get this thread started primarily for updates on the PB which I reveal
shortly also to show any others I have as I buy a few and also change my daily every few months too.

I moved to a Trophy first with a Ferrari California 30 for the summer: 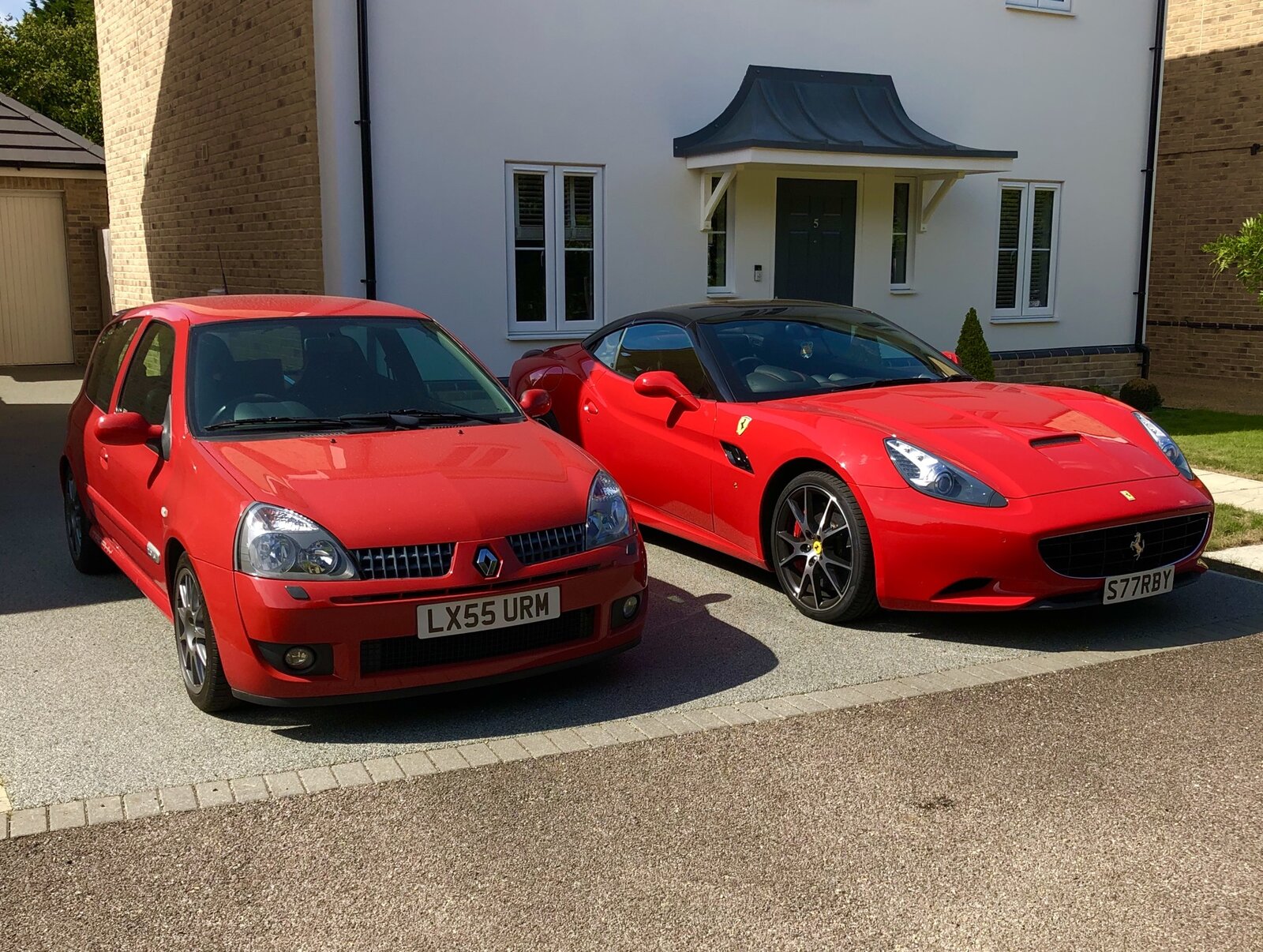 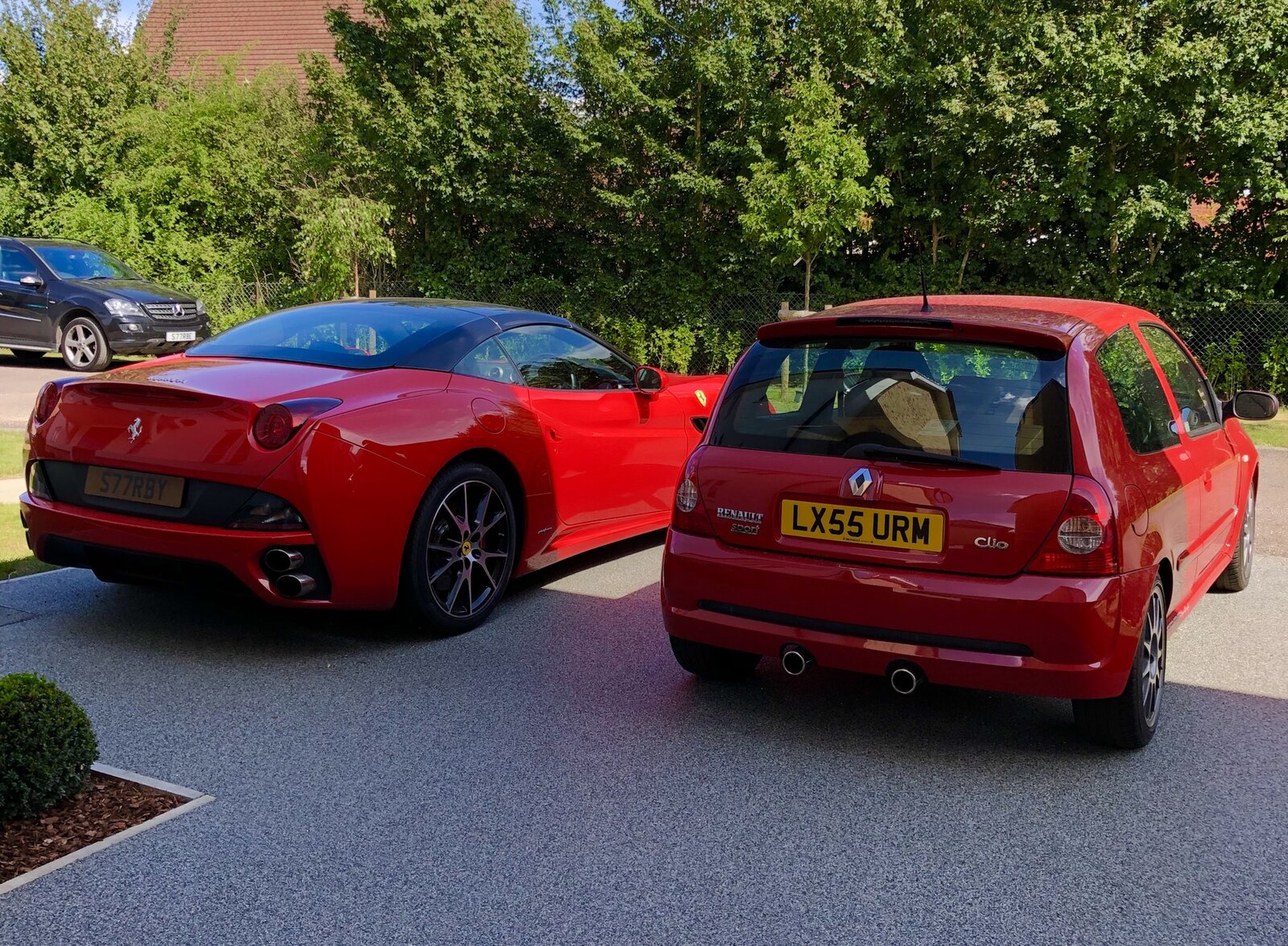 I then recently had a 200 which I now have alongside a Porsche Turbo (4WD for the winter lol): 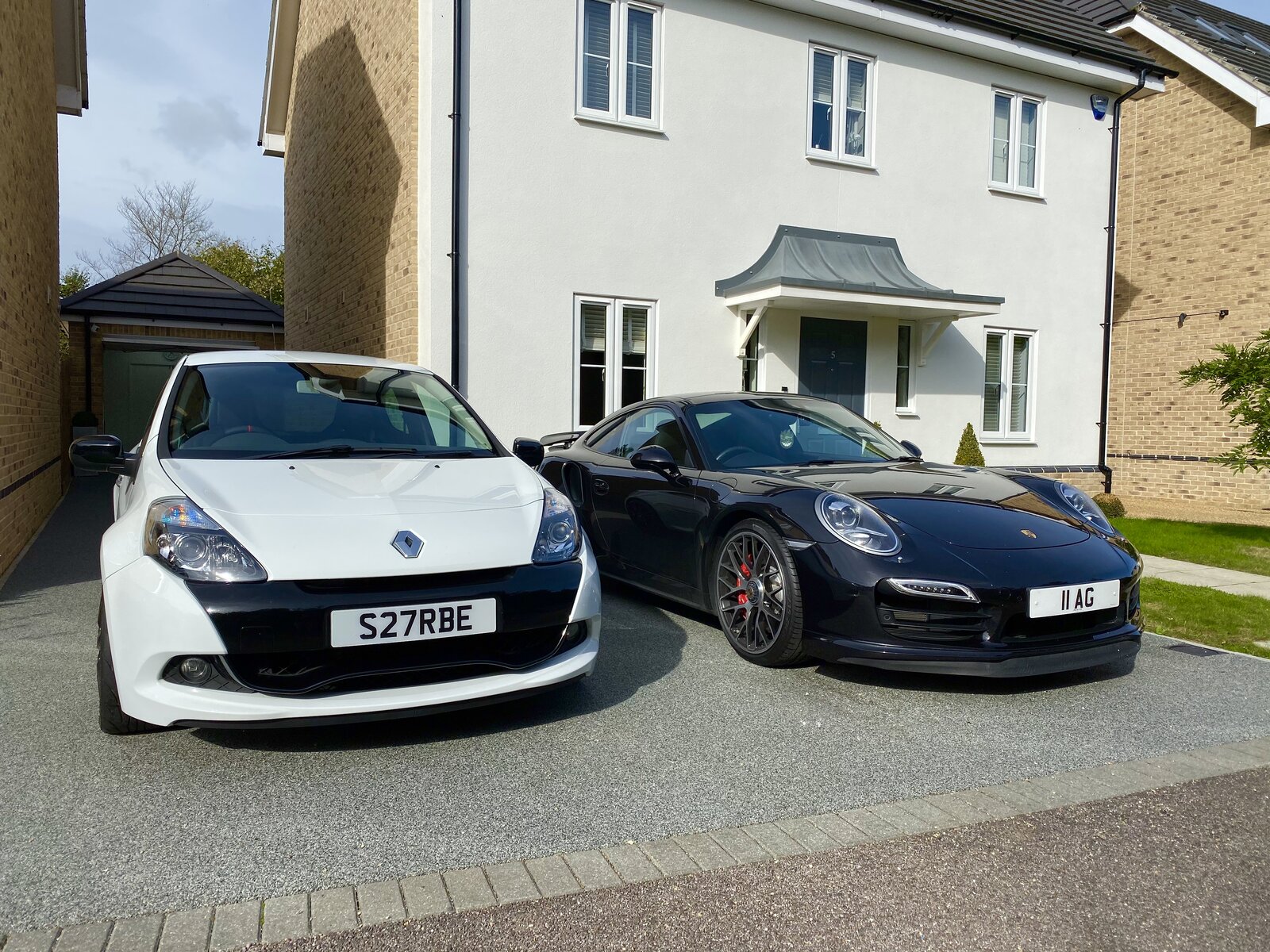 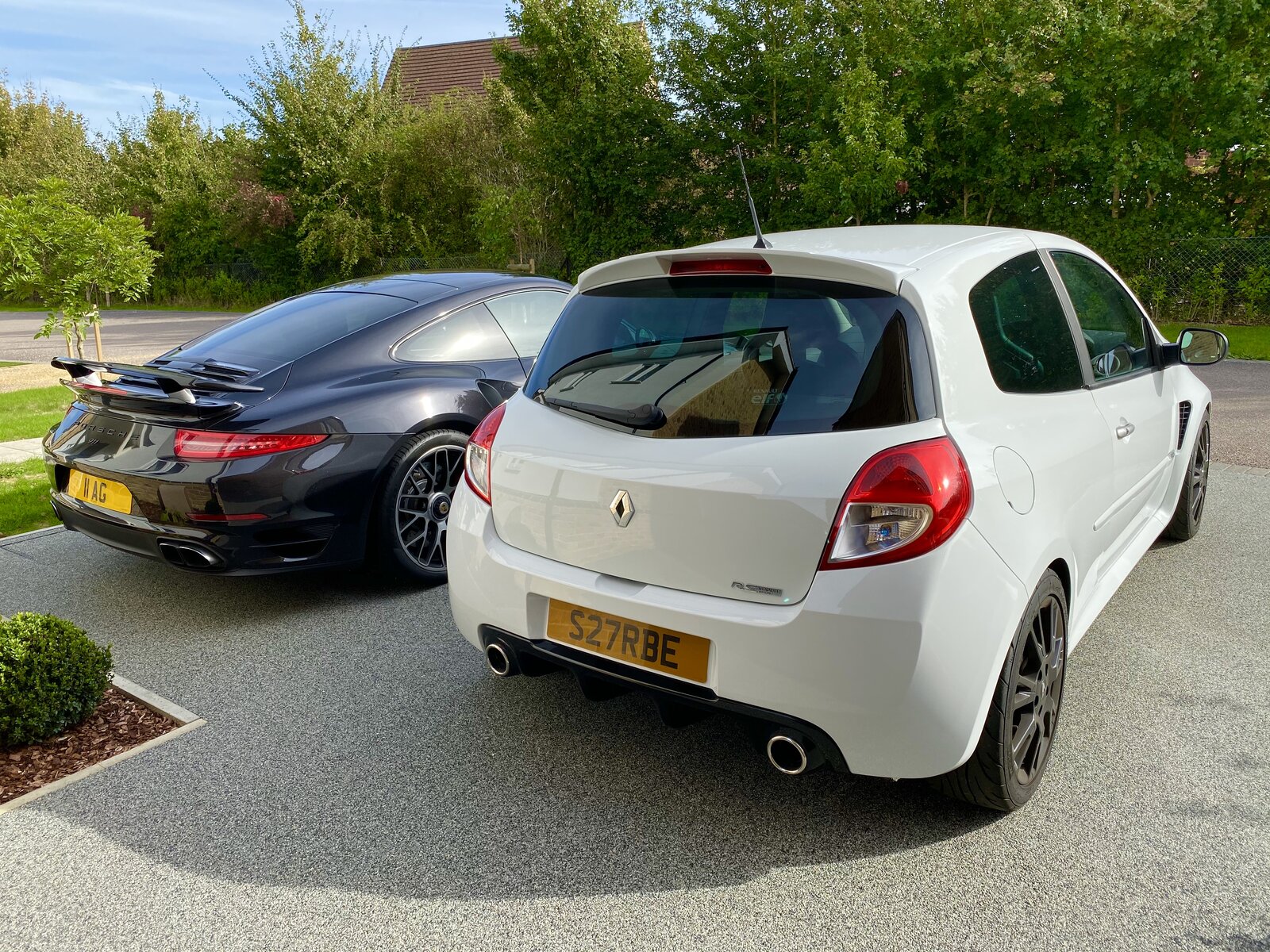 For those into other cars; I’ve had a few different daily’s in the last 12 months (most people don’t believe me when I tell them the Clios are my weekend cars that live in the garage but I love them as much if not more) here are a couple I have found pics of: 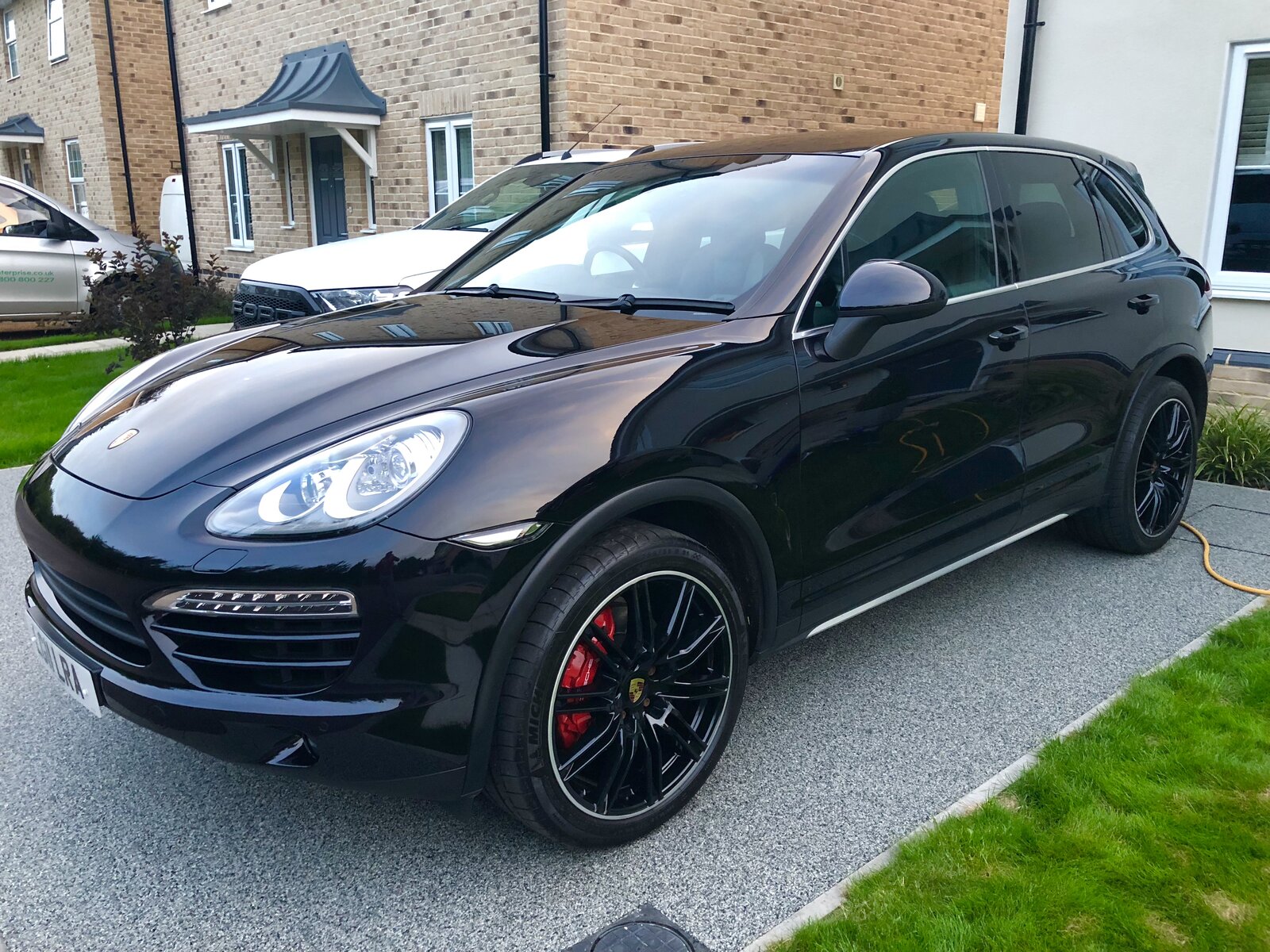 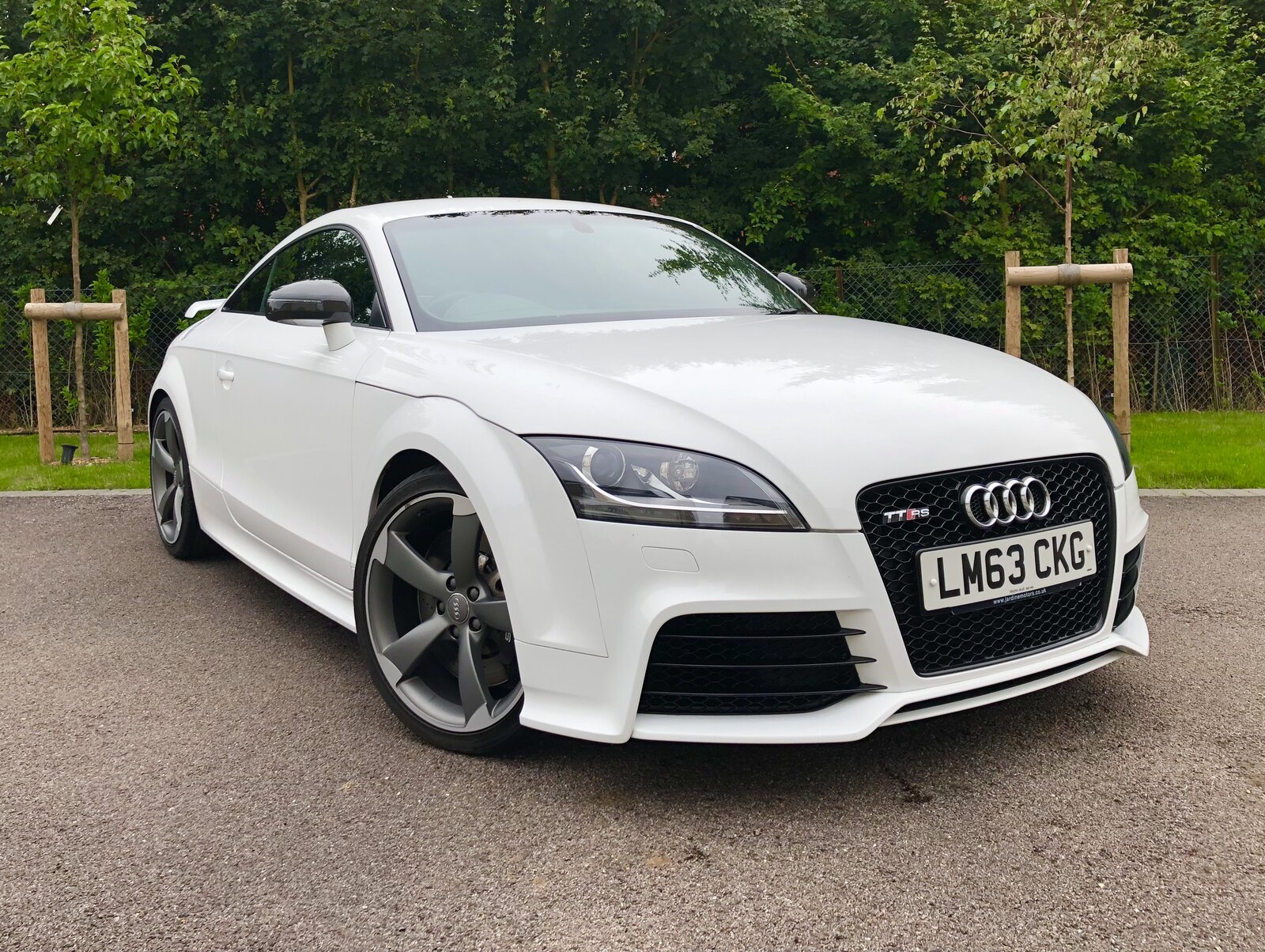 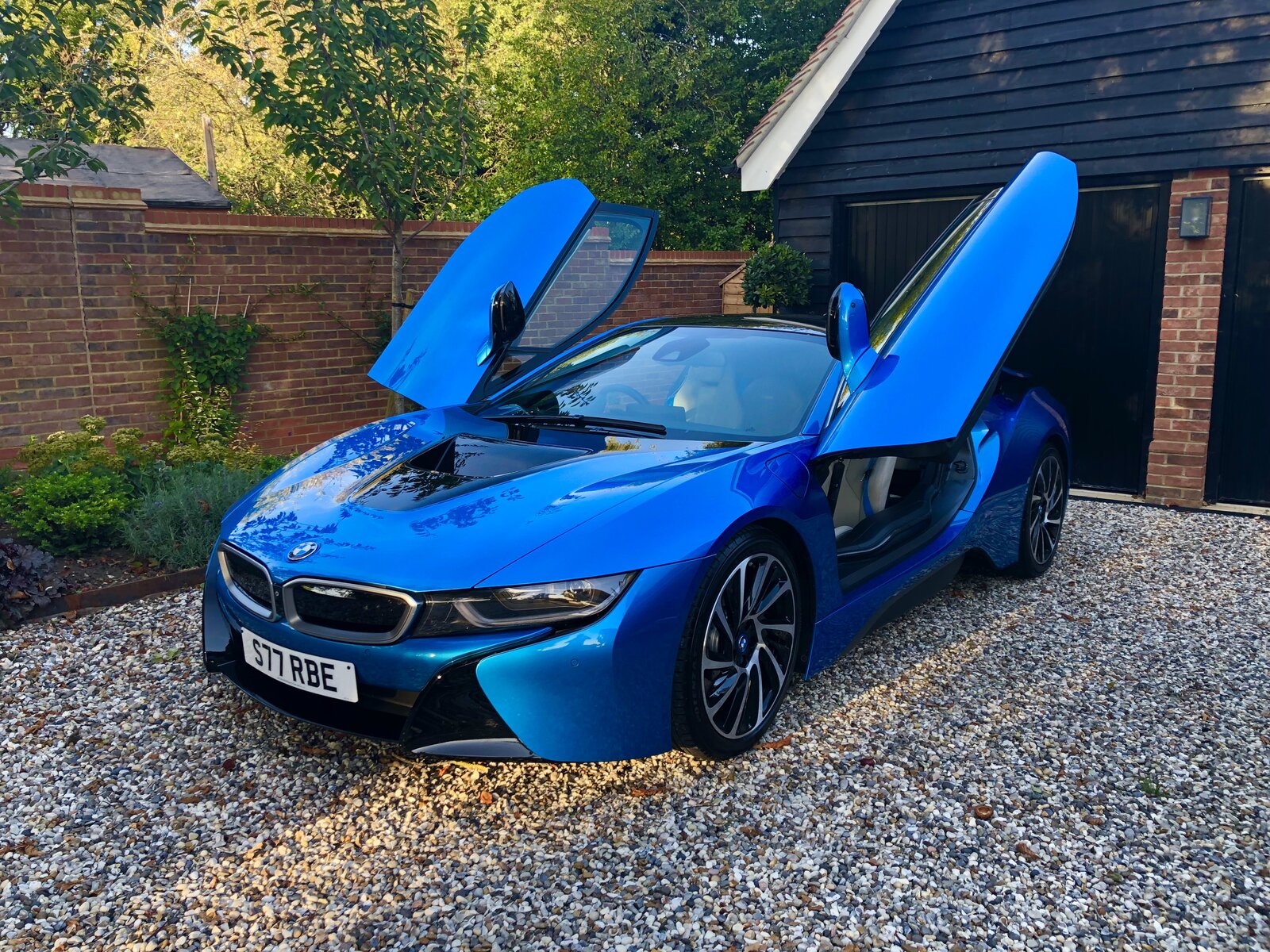 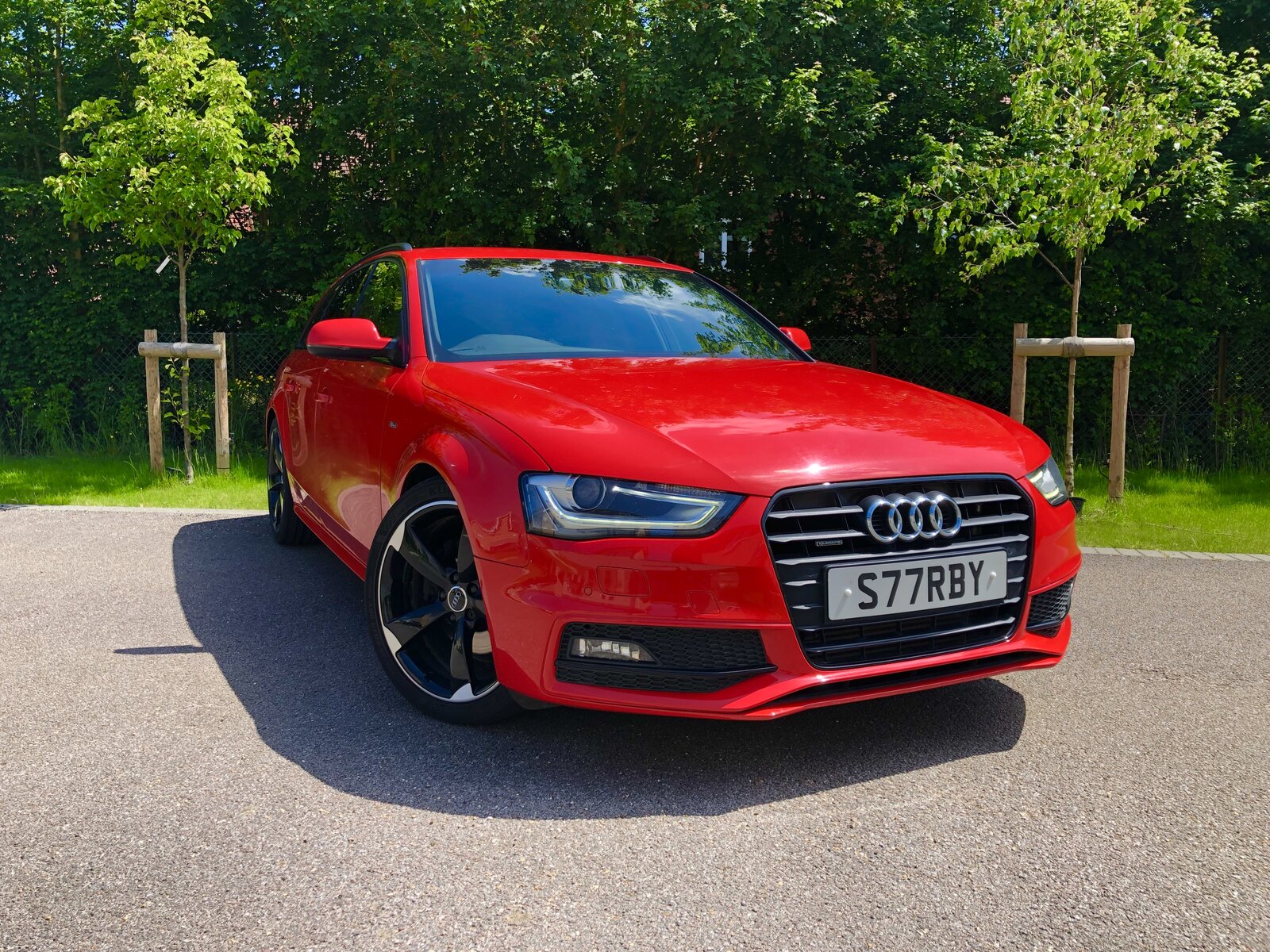 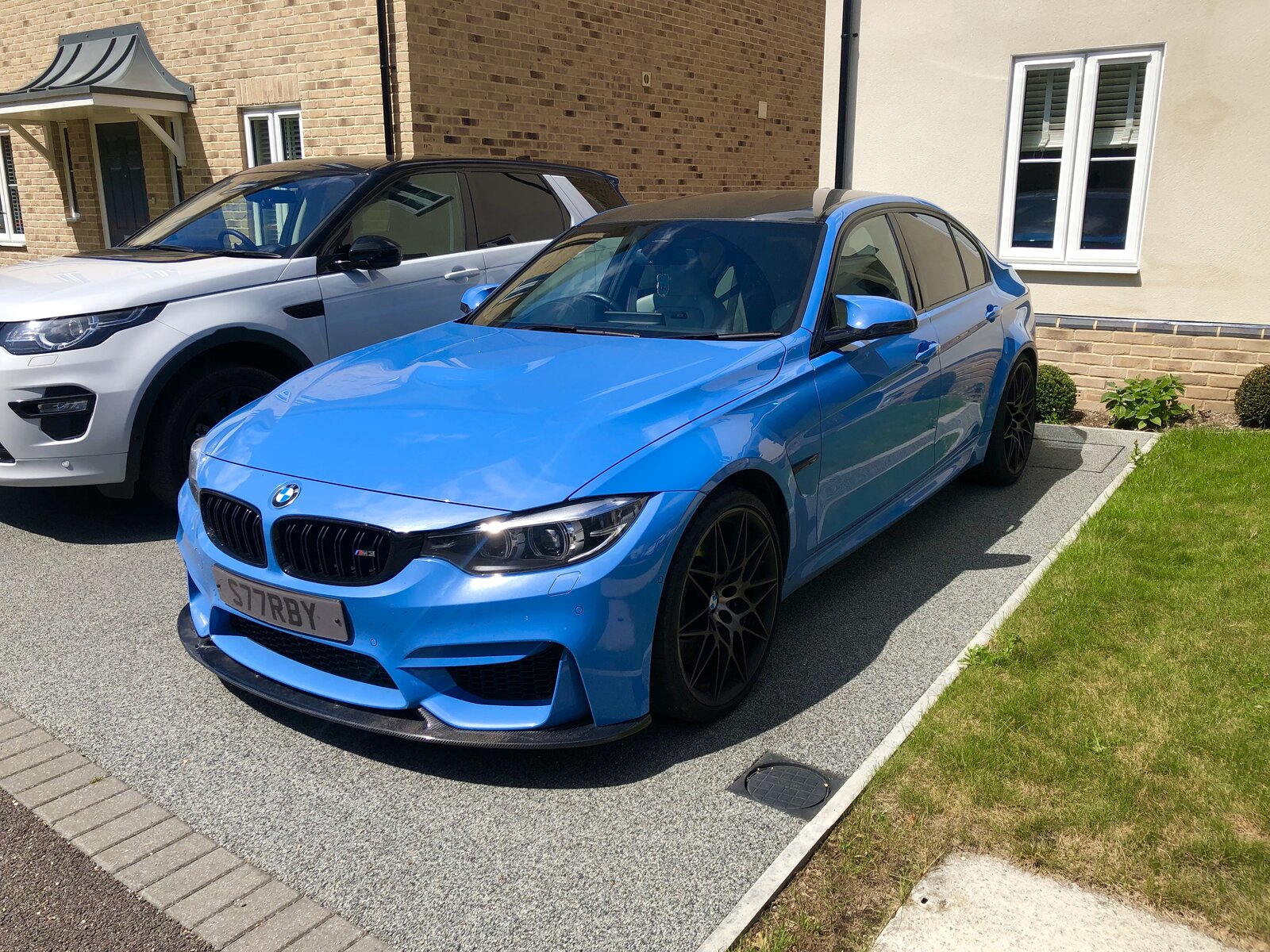 As I say, I will reveal the new Petrol Blue and progress once I’ve started and have some pictures to share.

ClioSport Club Member
Ferrari & Trophy 306
Should have also said I had a 172 Cup before the last PB; here they are together: 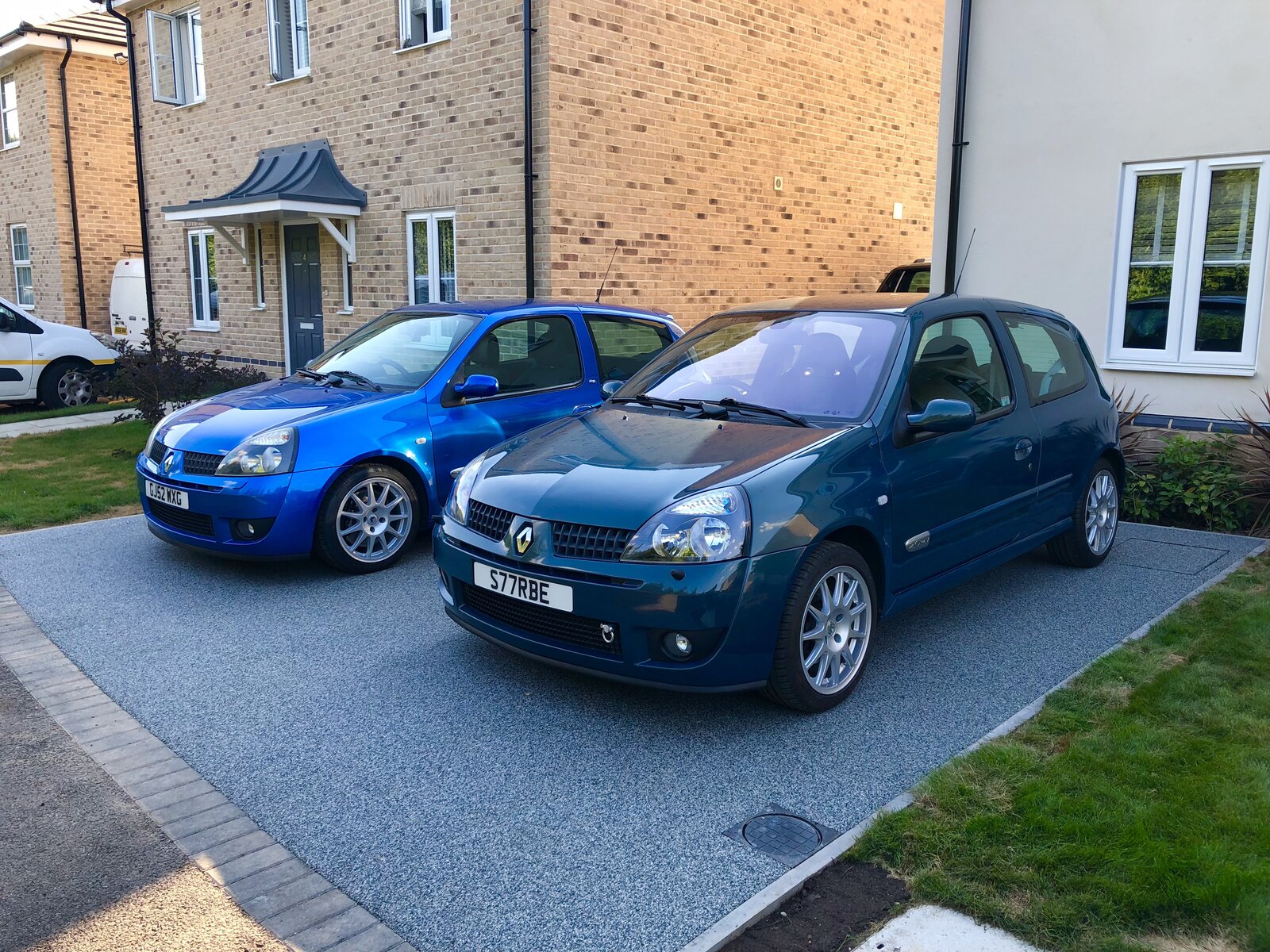 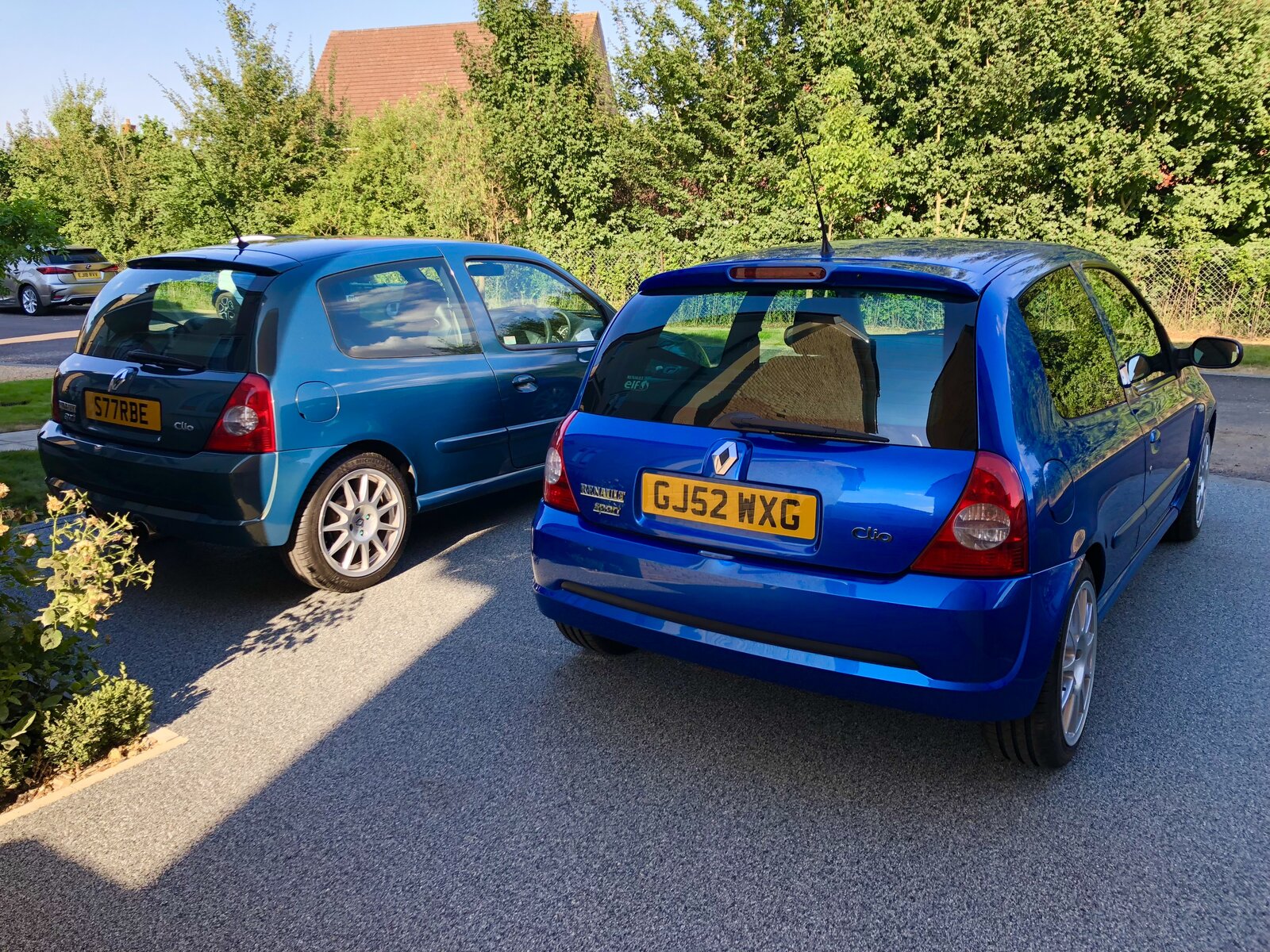 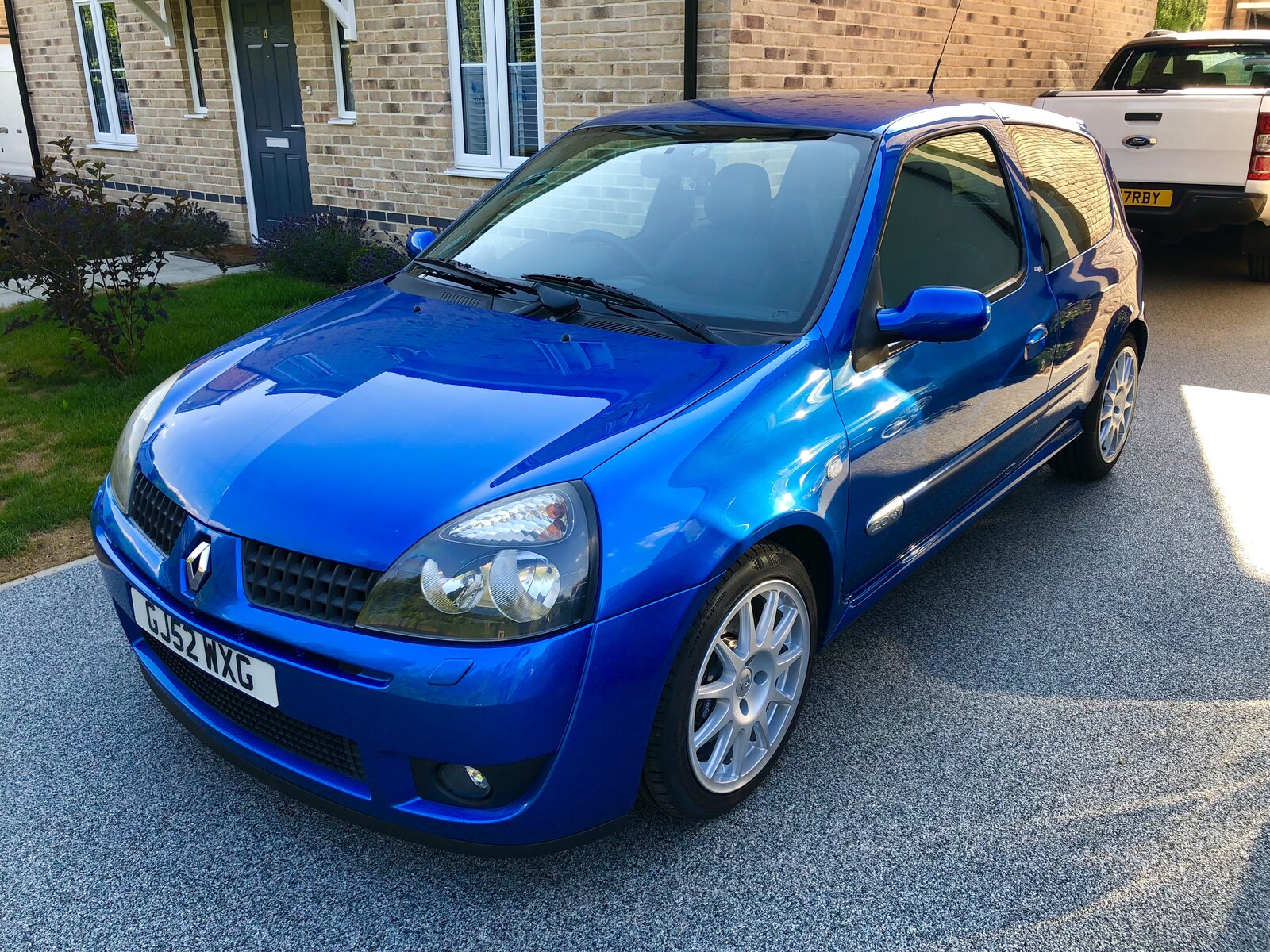 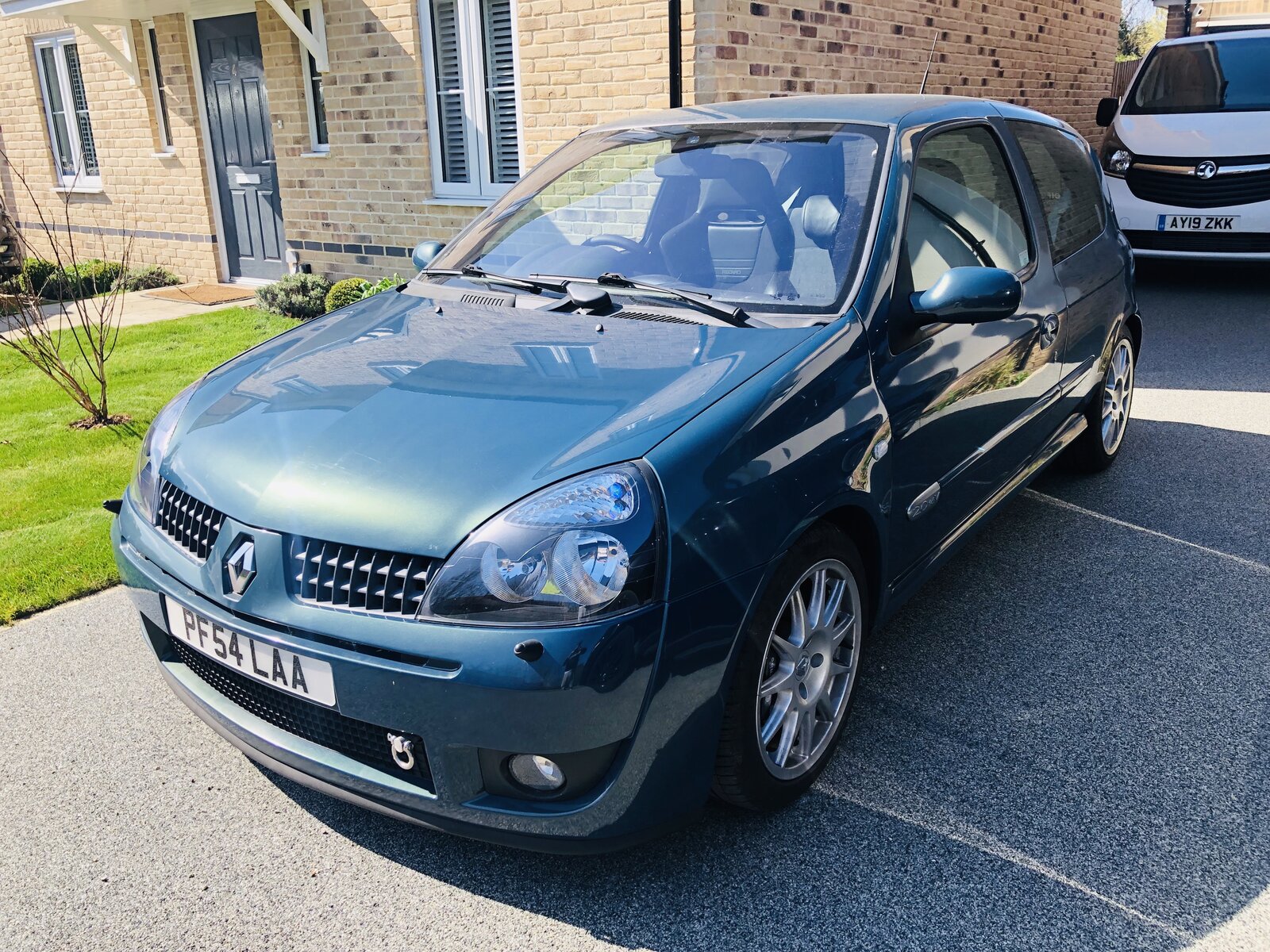 ClioSport Club Member
Clio 182
Hi chris, I knew you would be back in another one sooner or later. Looking forward to seeing this one. If your others are anything to go by it will be very smart.

ClioSport Club Member
Ferrari & Trophy 306
Cheers buddy, it’s booked in straight away for a list of works but it’s a very tidy car as is so won’t take much.

ClioSport Club Member
Clio 182
Did you sell the trophy in the end?

Clio182mike said:
Did you sell the trophy in the end?
Click to expand...

Yes sold it to a friend of mine. The problem I have is I only have a single garage so having more than one Clio is a problem. But looking to move house so hopefully by next summer I’ll have more space for cars.

ClioSport Club Member
182 Cup Inferno
Lovely collection of cars you've had, good to see you still love using the Clio on a weekend too! Look forward to progress on the newly acquired PB .

It is indeed! The one I had was the lowest mileage in the country but since that went to France it meant Gary’s was. So if I was going to have another it had to be his. 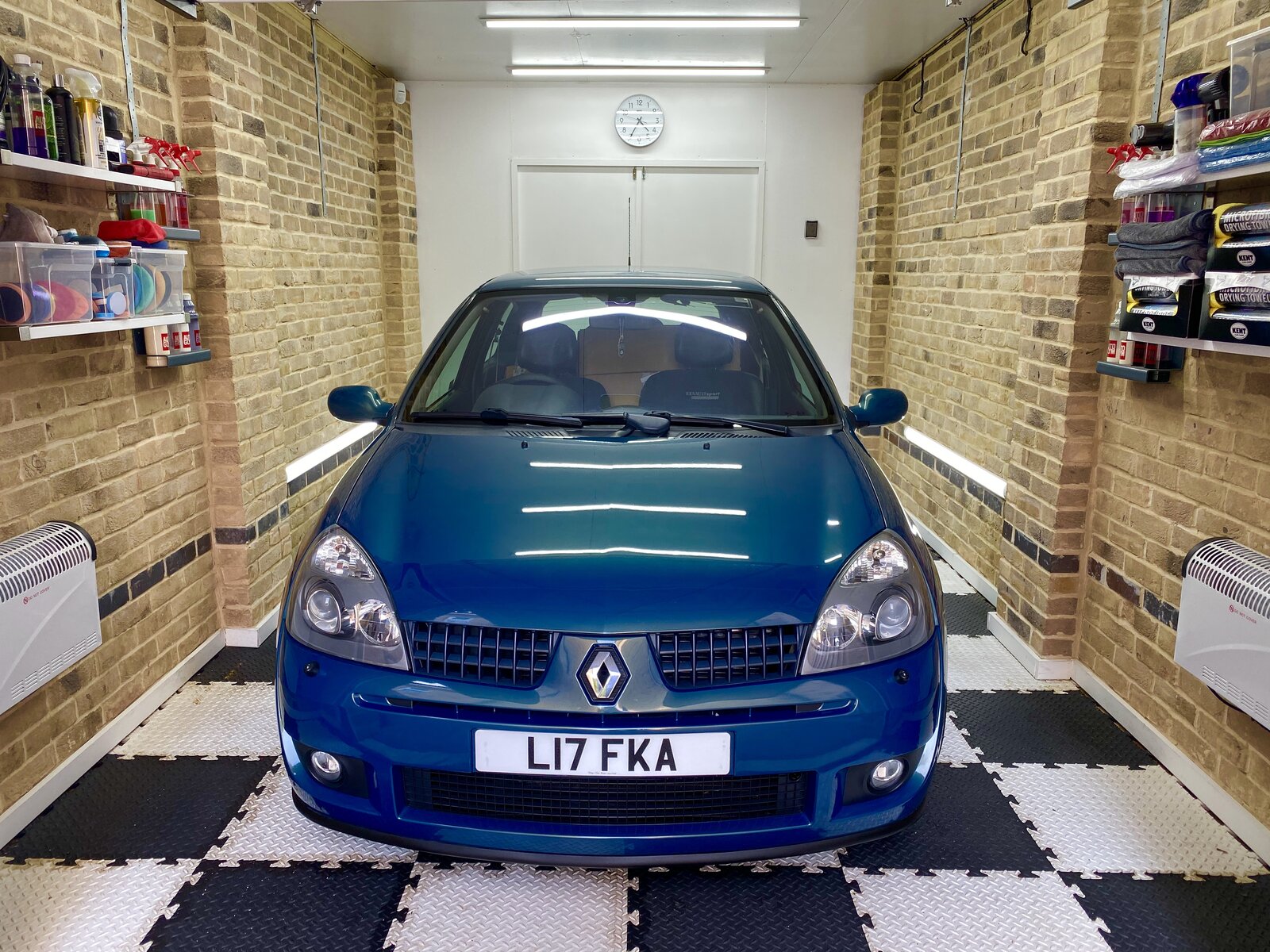 Hot Hatch Hunter said:
It is indeed! The one I had was the lowest mileage in the country but since that went to France it meant Gary’s was. So if I was going to have another it had to be his.

Lovely. Looked smart, and wasn’t a bad price either.

How is the paintwork compared to the last one?

ClioSport Club Member
Ferrari & Trophy 306
A lot better overall to be fair; and Gary just had it paint corrected and detailed in the days before I collected so it’s as good as it could be. Just needs the roof doing to complete. 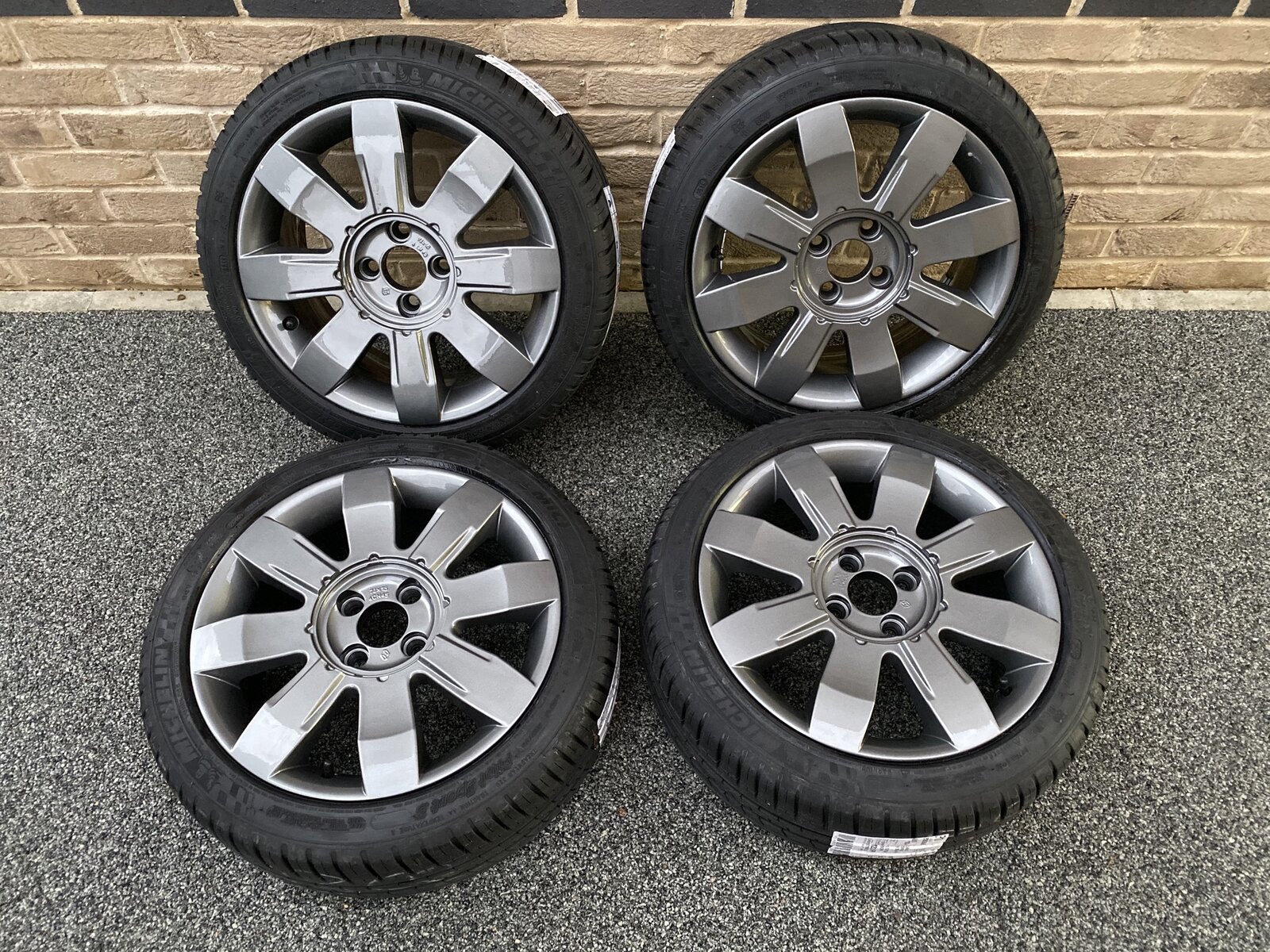 Hot Hatch Hunter said:
Wheels back from refurb and wrapped in a new set of Michelin Pilot Sport 3’s

Did you get them done by the place in Dunmow mate?

ClioSport Club Member
Lots of Scrap...
How much did the Michelin sting you for and what profile?

I literally just got asked by someone on Instagram my thoughts on this so I’ll paste what I said:

“The 200 does everything as well if not better. The problem is that due to its size and more modern styling it lacks character. For me the 182 marks the last of the small chuckable fun hot hatches from the era. The 200 I found a touch boring because it’s too refined if that makes any sense. If I wanted a daily or a track car then 200 all the way, but for just a fun once in a blue moon drive then the 182 provides more smiles.“

MrBlonde said:
Did you get them done by the place in Dunmow mate?
Click to expand...

Yes mate they are really good; called Rolling Rims; use them for all my cars.

Coops Mk1 said:
How much did the Michelin sting you for and what profile?
Click to expand...

Hot Hatch Hunter said:
Yes mate they are really good; called Rolling Rims; use them for all my cars.
Click to expand...

Thats them,im going to get them to do my Pros.Not sure on what colour to go with on the Silver tho yet

ClioSport Club Member
Ferrari & Trophy 306
Anthracite does look good on the titanium but a bright silver also looks clean. Either way they do a great job mate, had them do intricate Aston Martin diamond cut wheels and also some Porsche wheels where I needed a hand painted pin stripe on the rim. Always been perfect.

ClioSport Club Member
172 Cup
Yeah got the turinis for the fresh look & maybe thinking a metallic grey for the pros,have to pop down there. 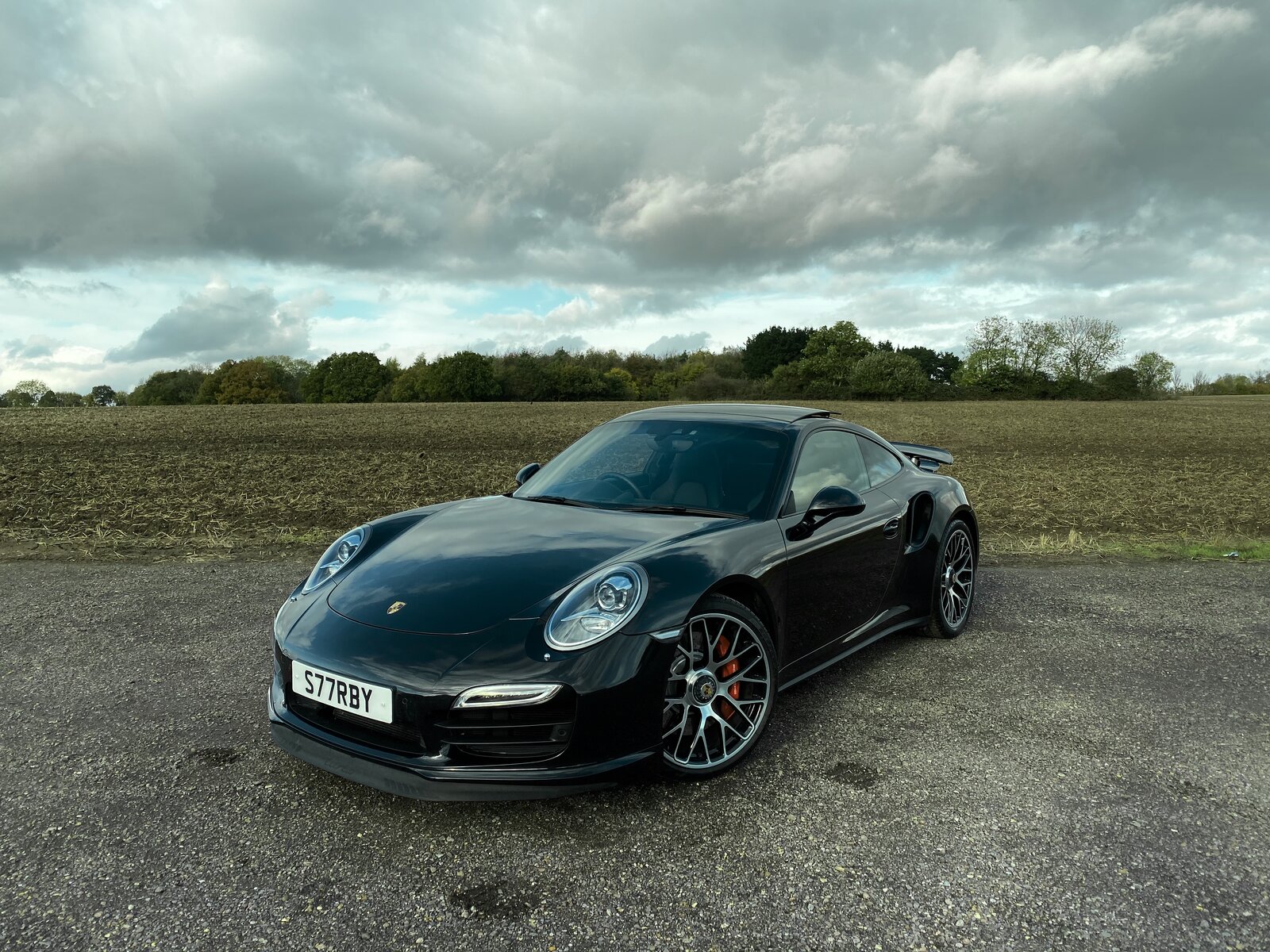 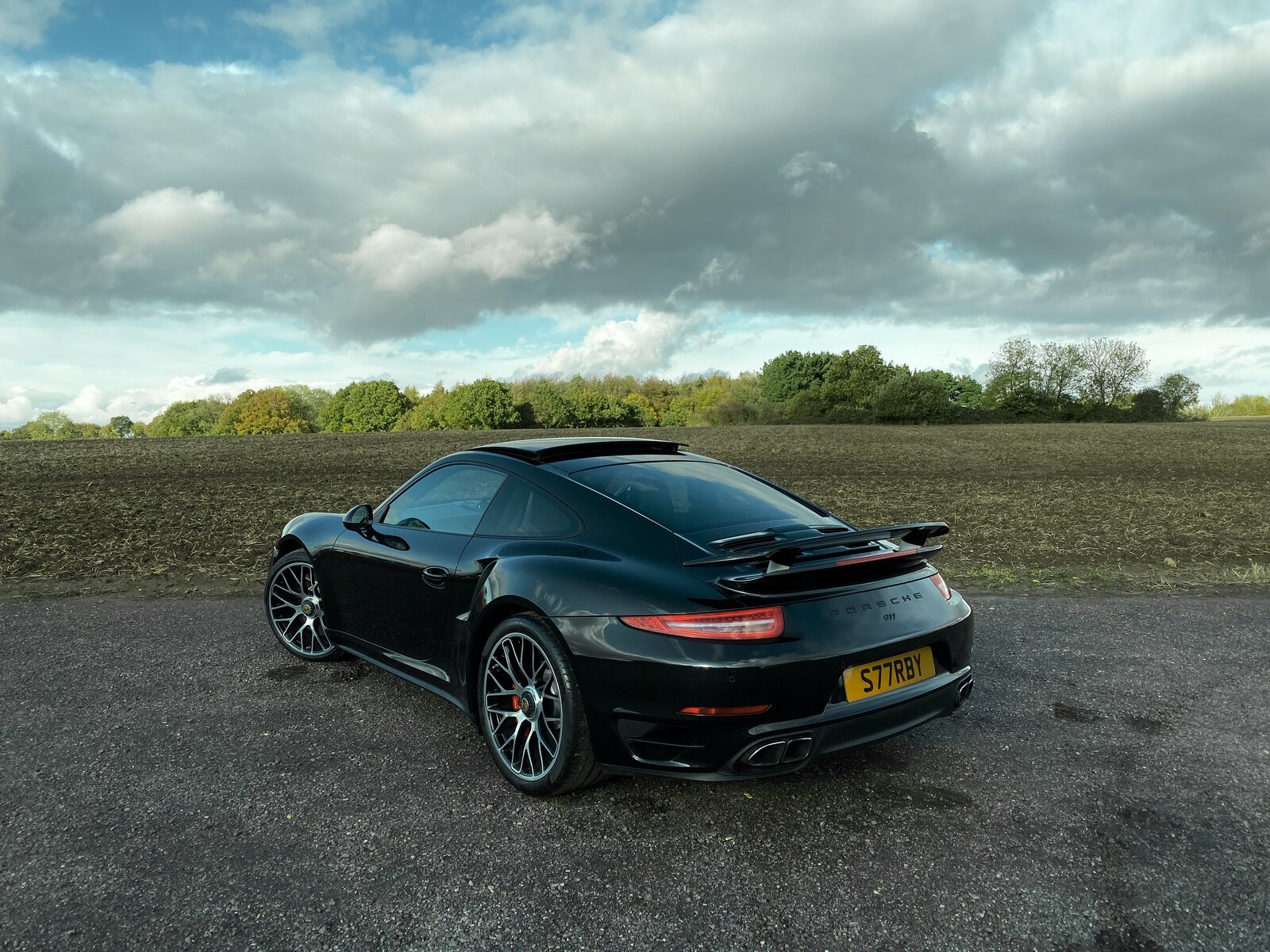 ClioSport Club Member
Ferrari & Trophy 306
Decided to take the PB to the same spot for some pictures now it’s pretty much complete. Just need to sort the exhaust alignment and it’s done! 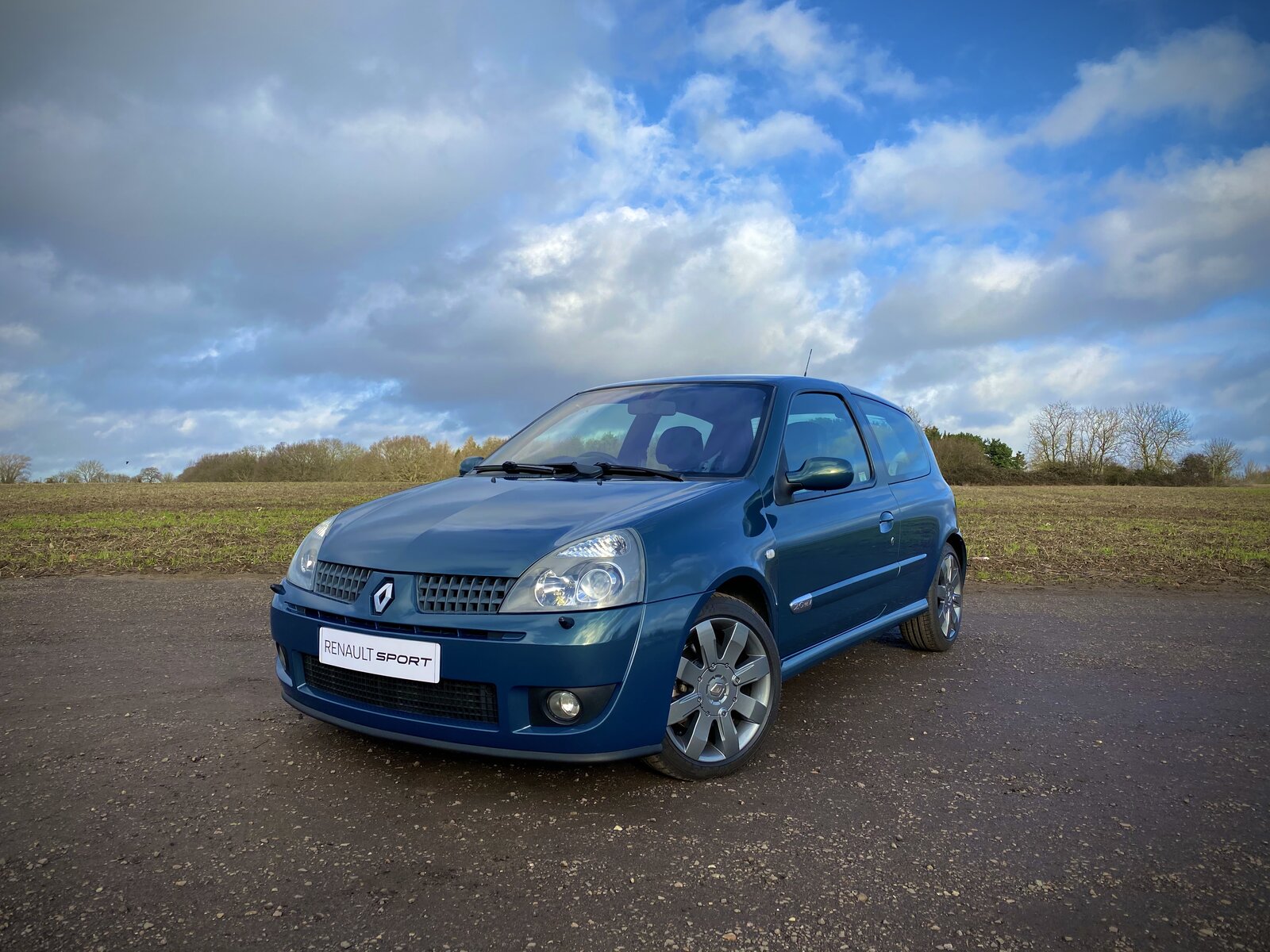 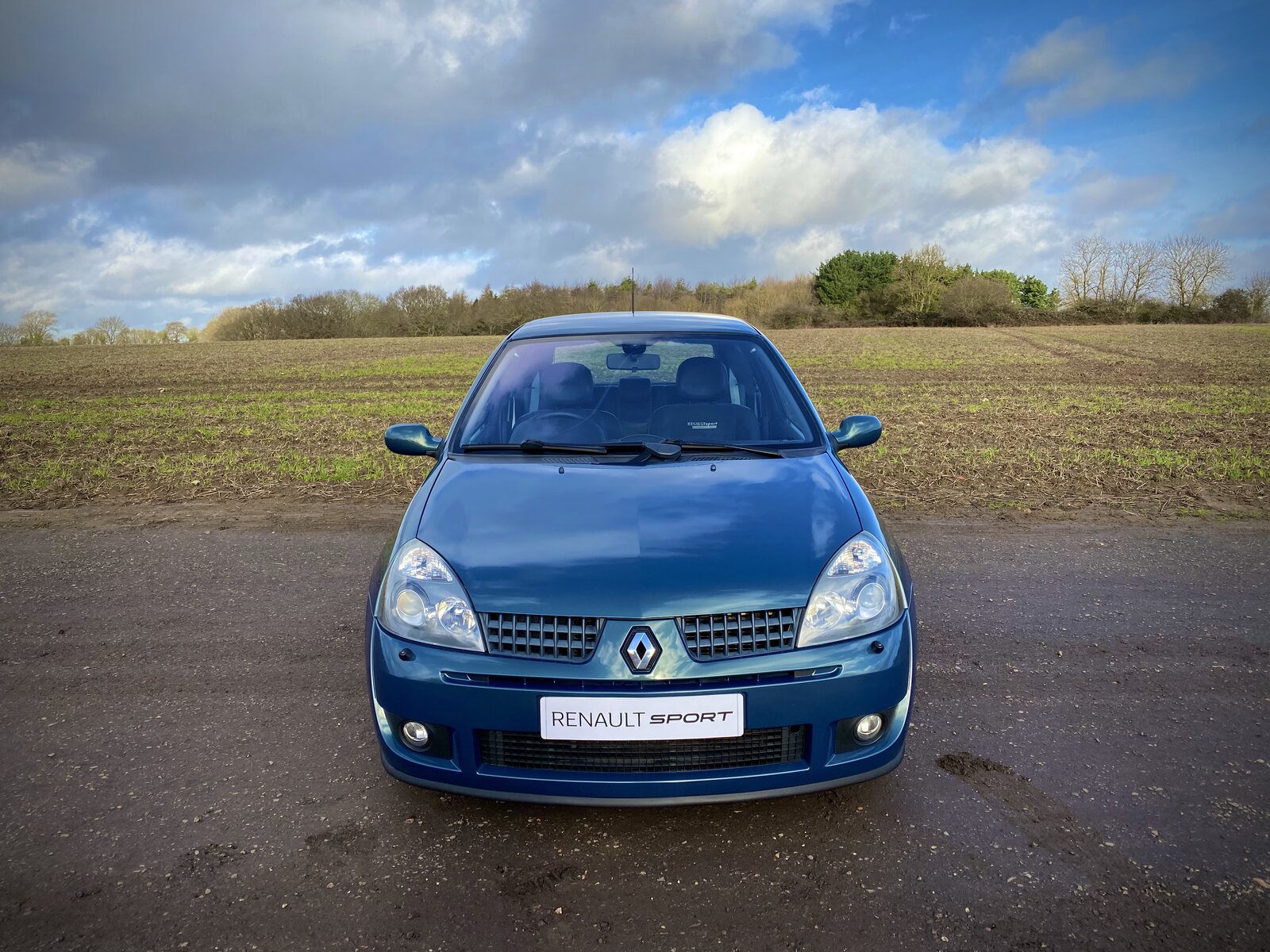 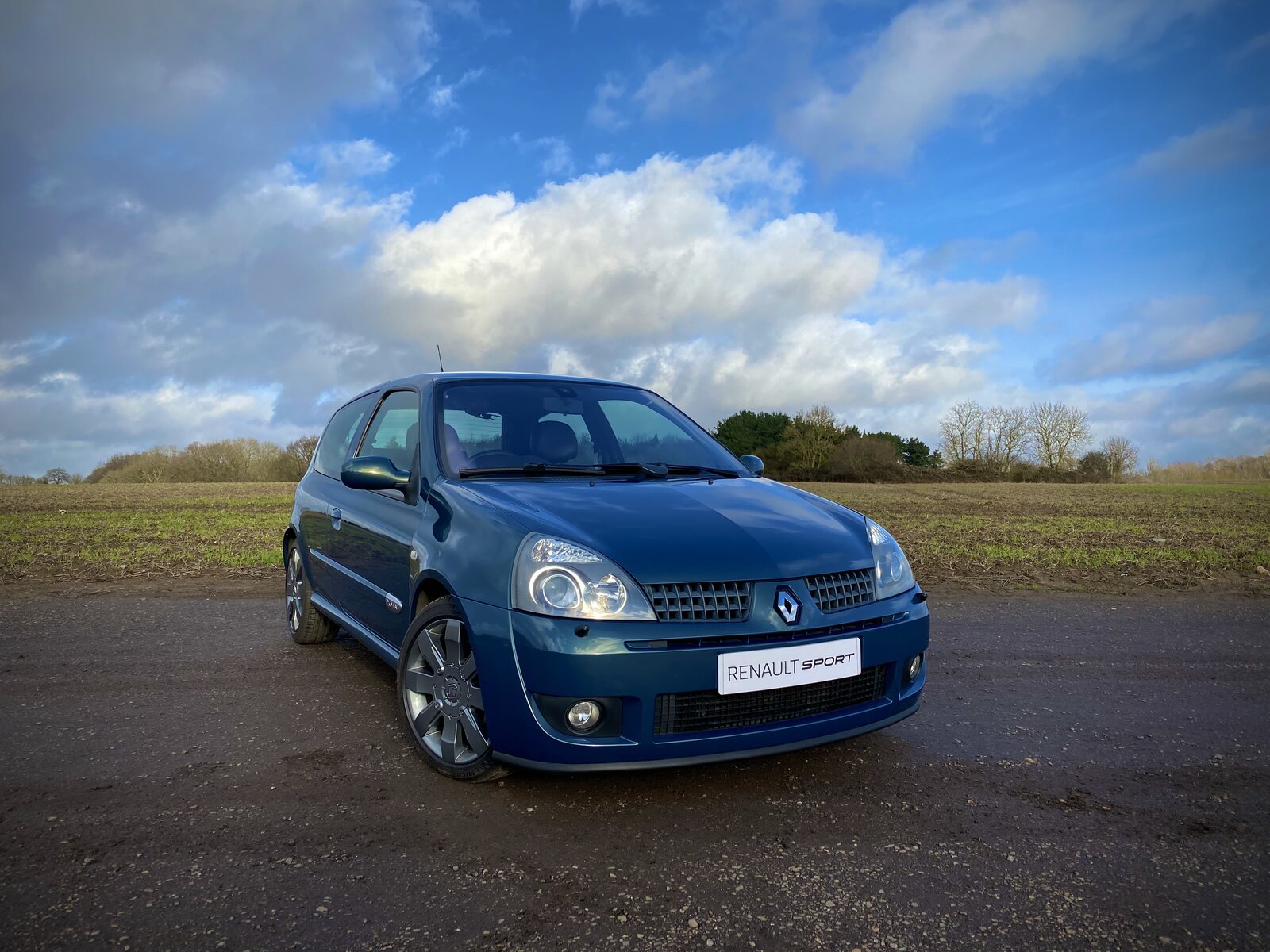 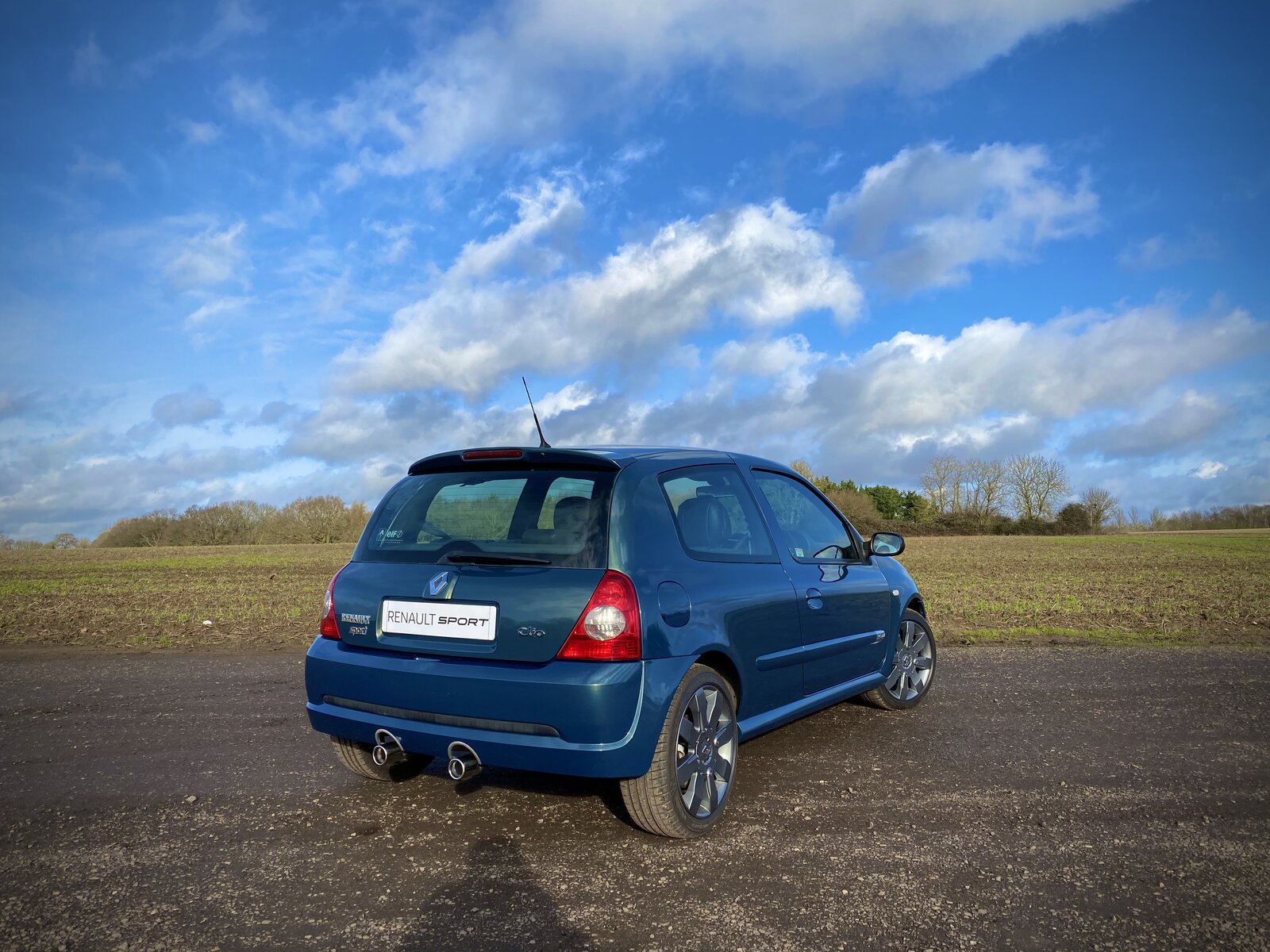 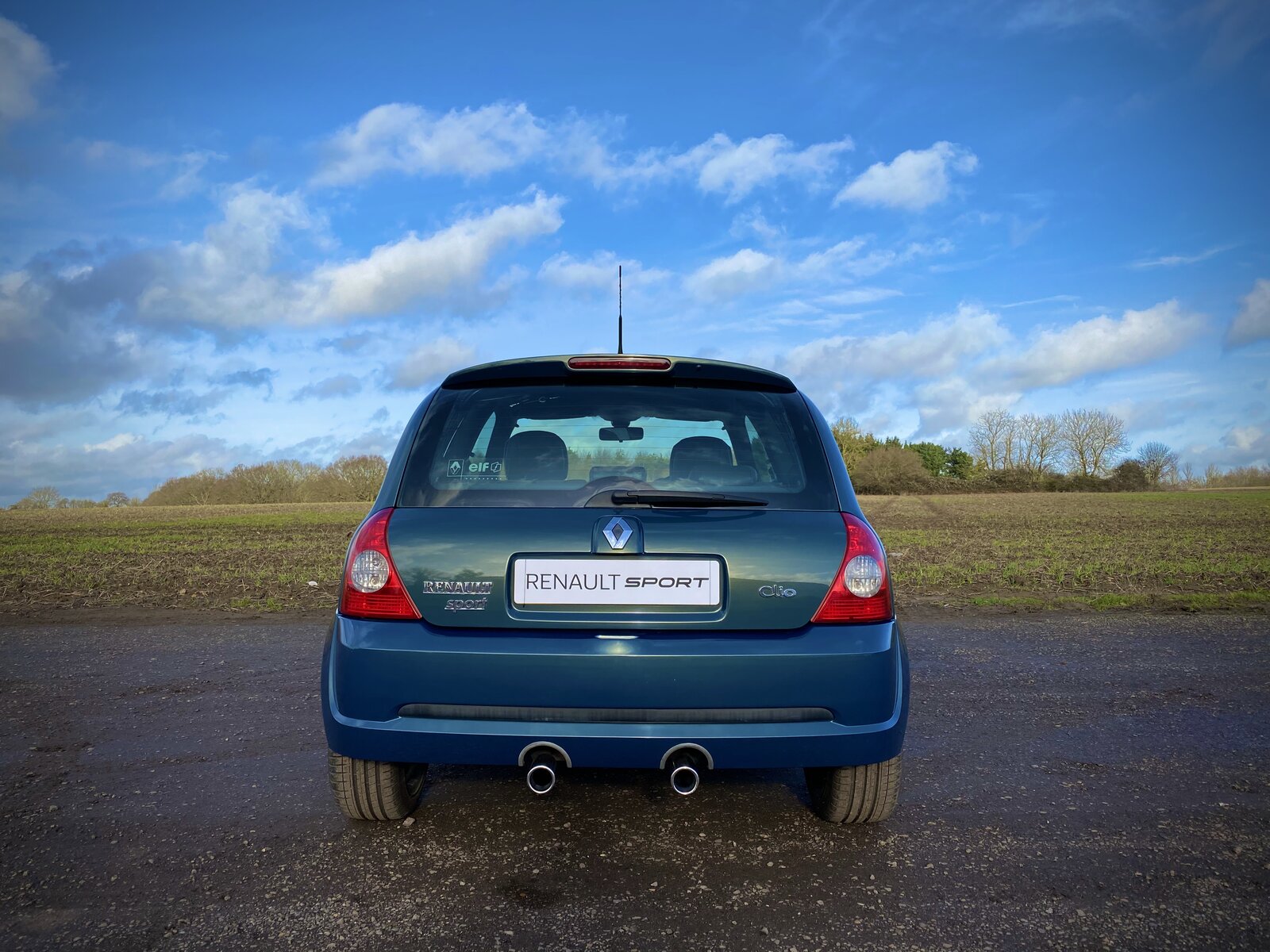 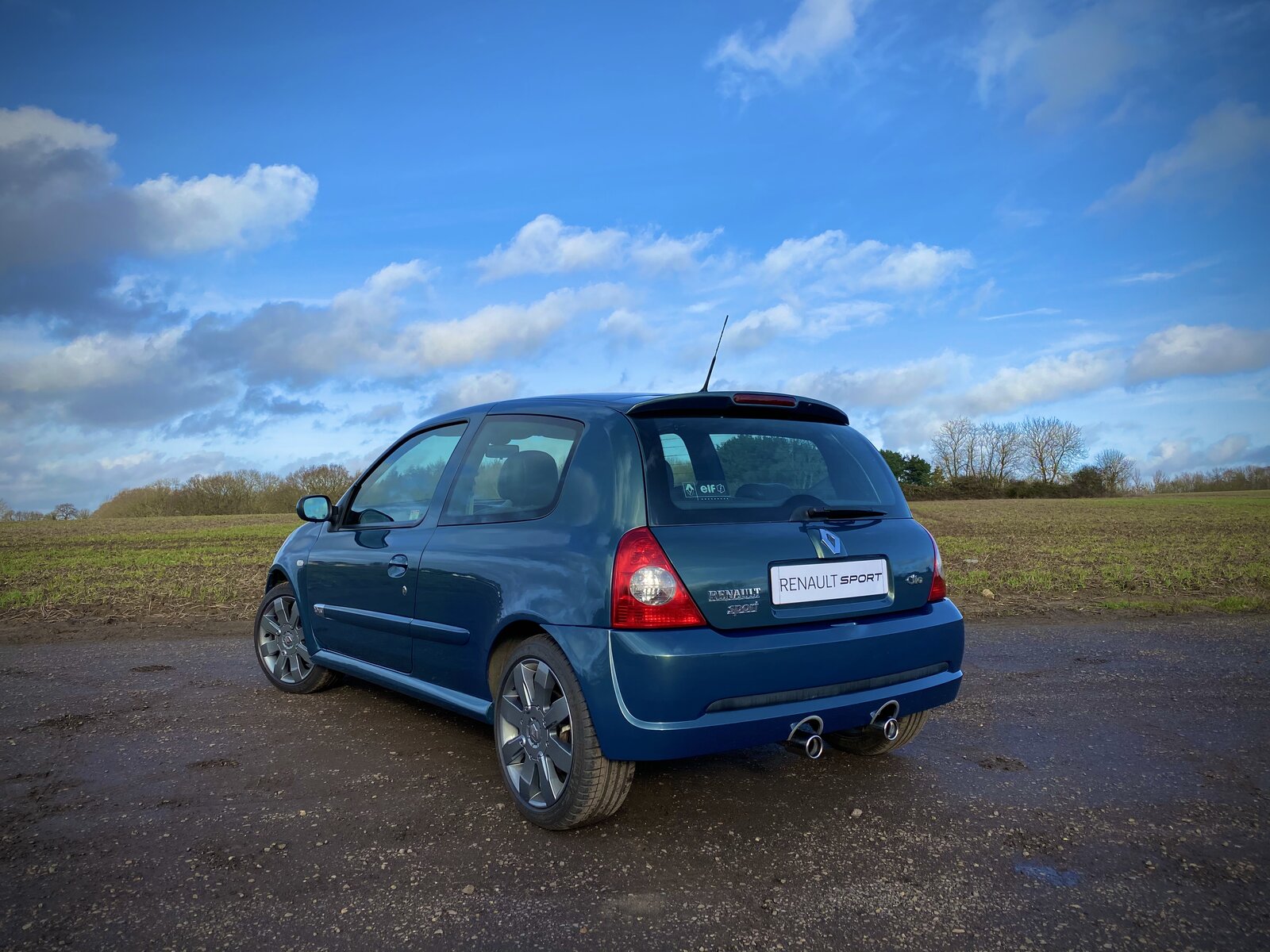 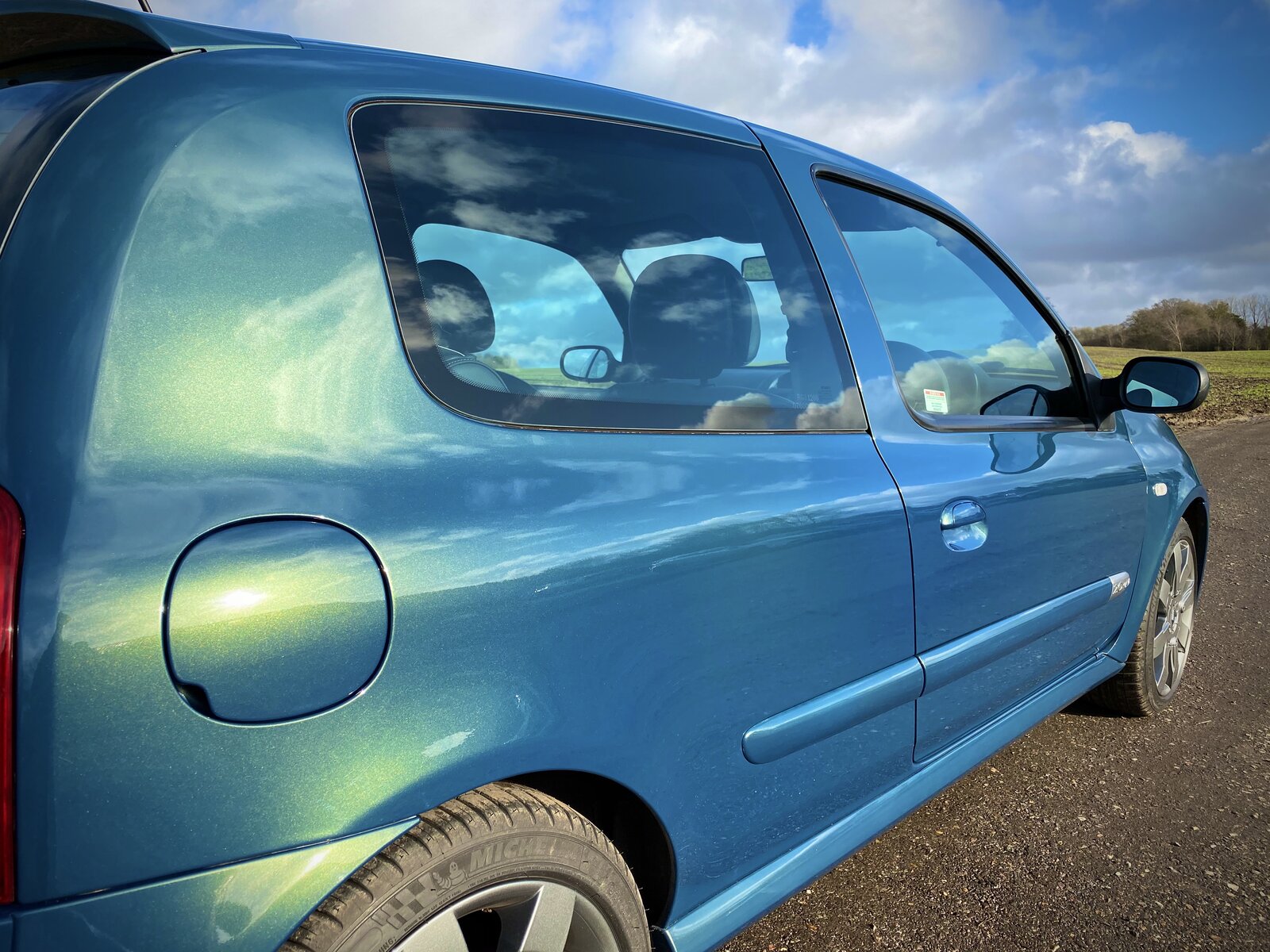 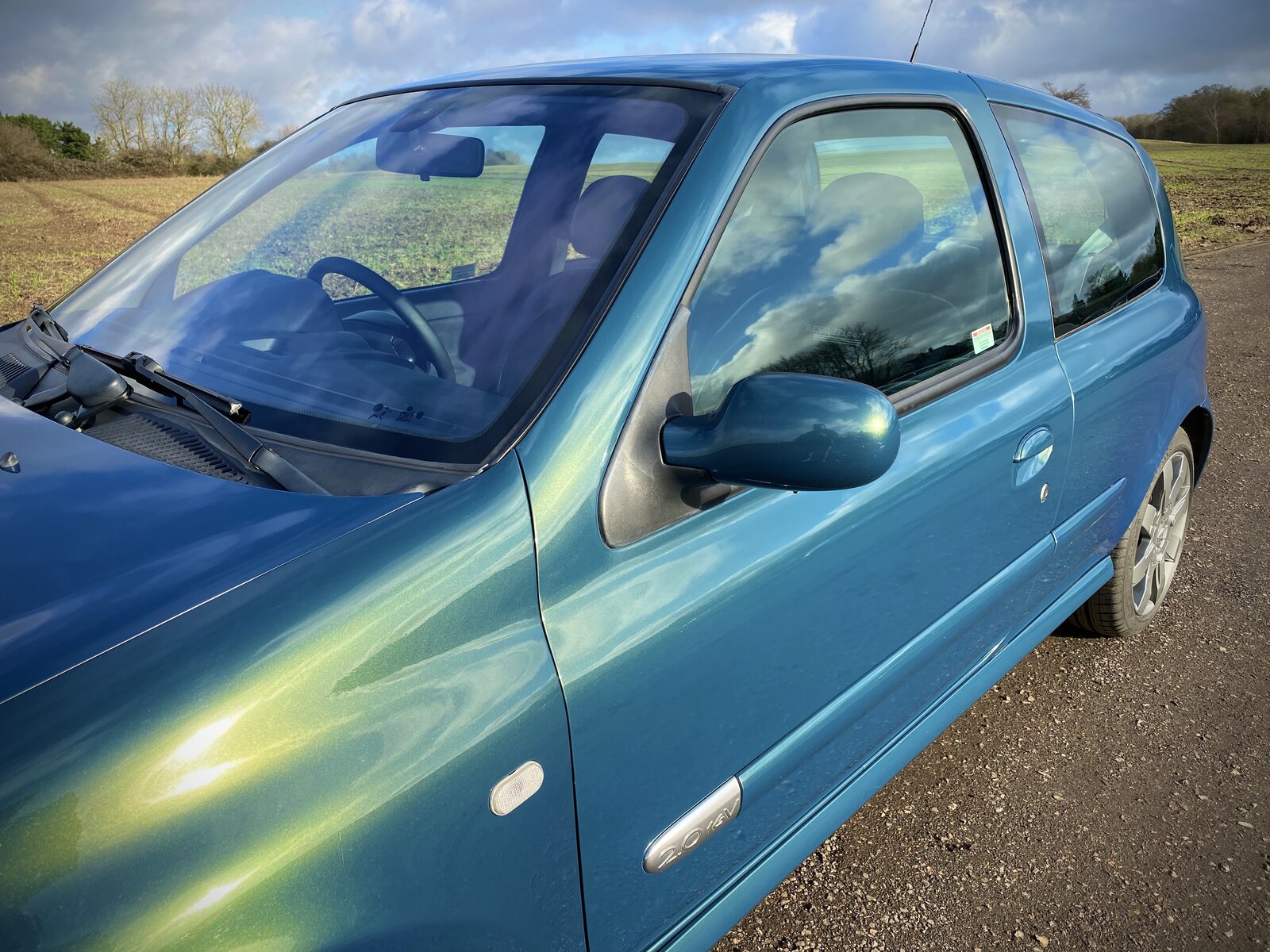 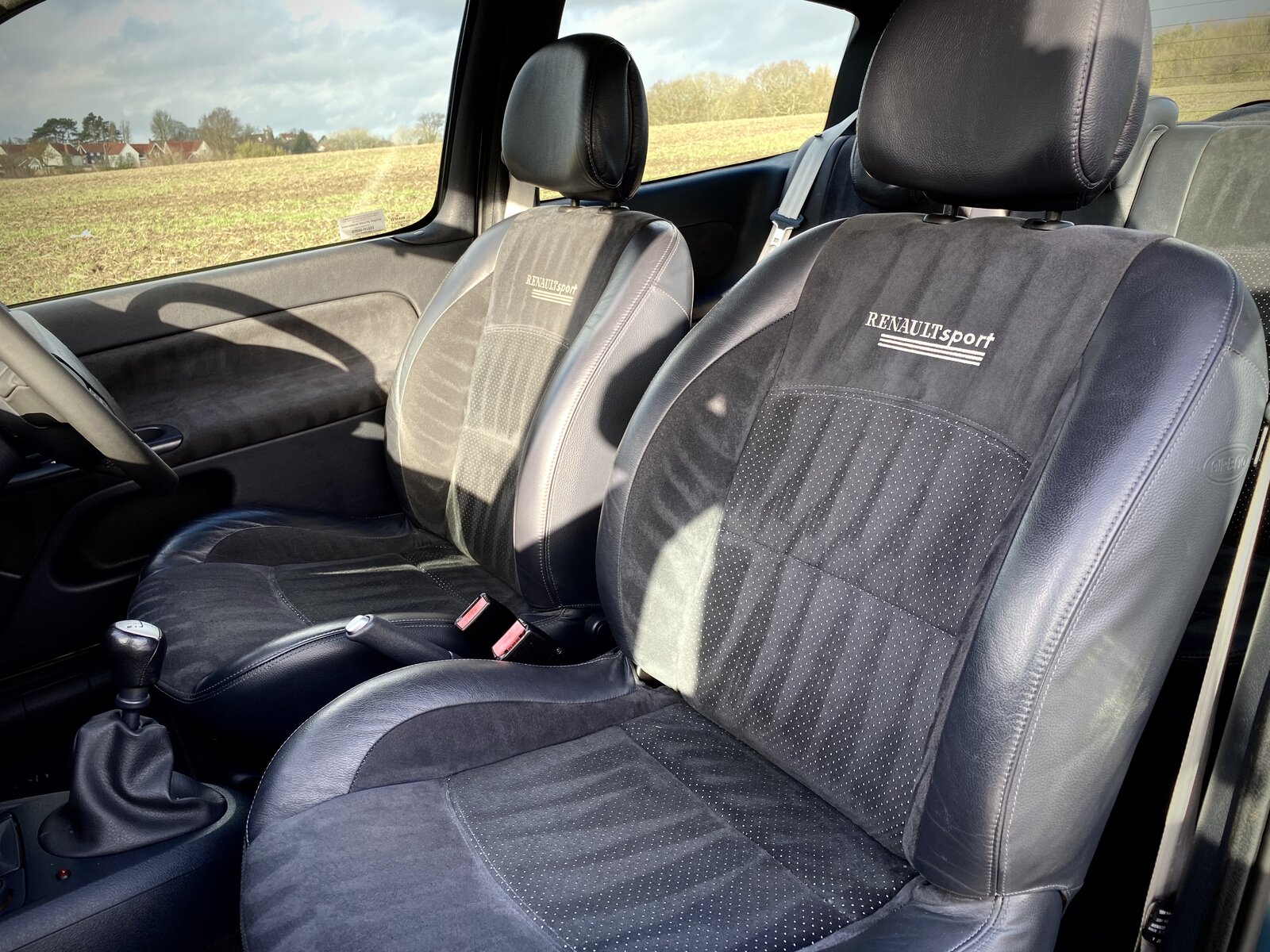 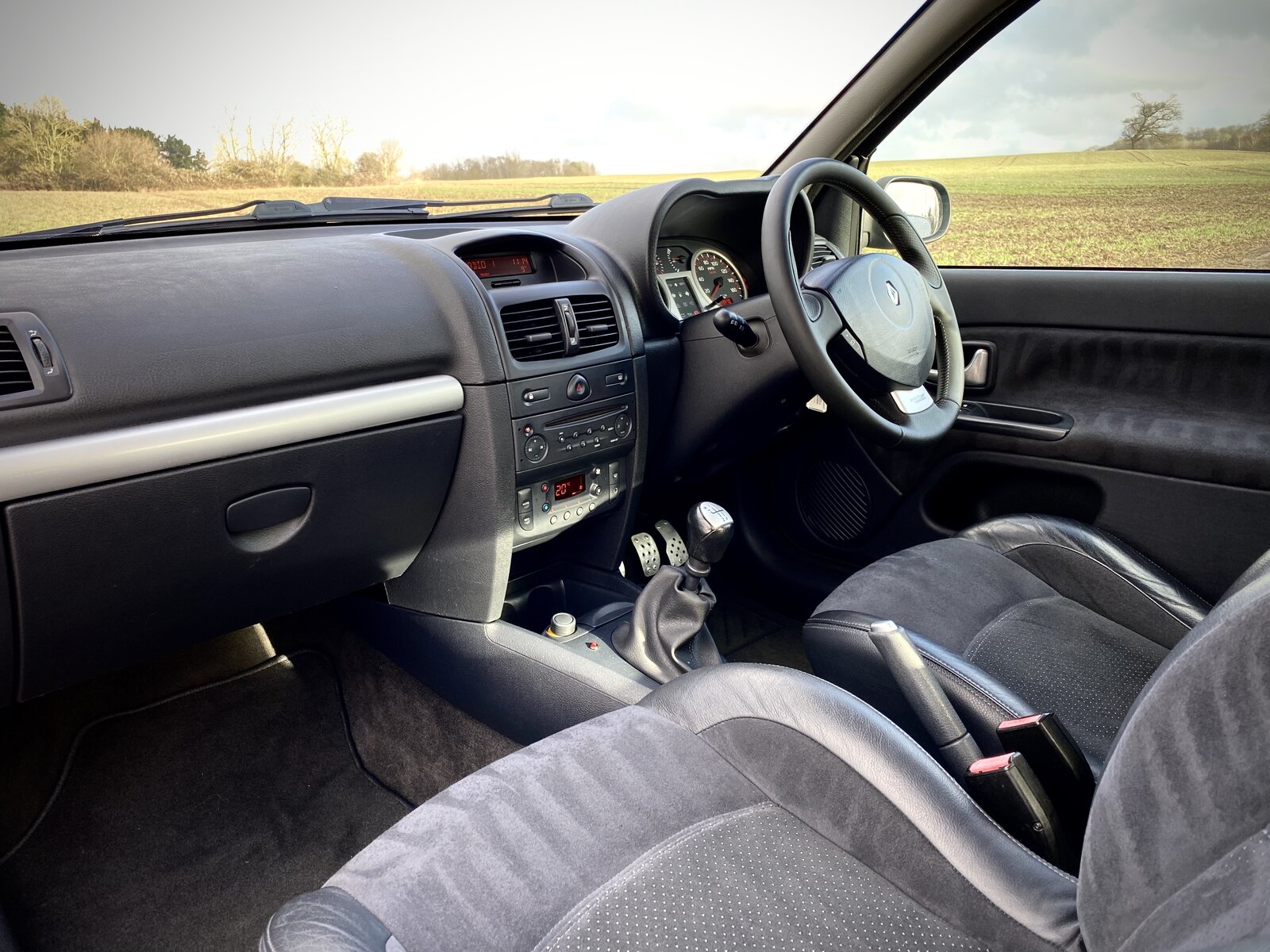 ClioSport Club Member
172 Cup
Looks lovely, never realised how much pearl there is until those photos catching the sunlight

ClioSport Club Member
Ferrari & Trophy 306
From a distance looks Blue then up close changes to more of a green before going to gold in sunlight. Car was called petrol blue; but they were all registered as green on the V5’s etc which I always found strange.
You must log in or register to reply here.
Share:
Facebook Twitter Reddit Pinterest Tumblr WhatsApp Email Link