clio 182
Hi guys
i am thinking about selling my inferno 182 cup, I have replaced the seats and door cards with normal 182 ones and the standard wheels with trophy ones,

Do you guys think it would put people off buying the car or should I return it to standard and then sell.

ClioSport Club Member
Black Gold 199
If the rest of the car is clean - I highly doubt it. Unless they are specifically after a factory-spec Cup?

133/225/CLS AMG
Totally depends unfortunately. For me I'd rather look at a clean and tidy example even with a few mods over a shoddy stock example. These cars have been around long enough to of had a few mods like an exhaust or wheels etc. Can also depend on the type of mods you go for.

For example I bought my old VW Lupo modified because it was overall clean but the modifications were good ones, decent coilovers, de-badged etc. I tidied it up further and sold it really quickly via an owners club.

There are some mods that because a safe bet for people, Turnini wheels on a 182 for example or something similar so won't always deter buyers.

clio 182
Yeah the rest of the car is really clean, thanks lads for the advise,

ClioSport Club Member
To me it makes it more desirable. Cup interior is shocking.

BMW X3M Competition
Thing for me is that you've not put any cheap aftermarket stuff on it so I personally don't think it will affect resale value at all. In fact if I were you I'd sell the Trophy wheels seperately (assuming you still have the original wheels to replace them of course). There is a healthy demand for those and if you're selling up its all about profit.
M 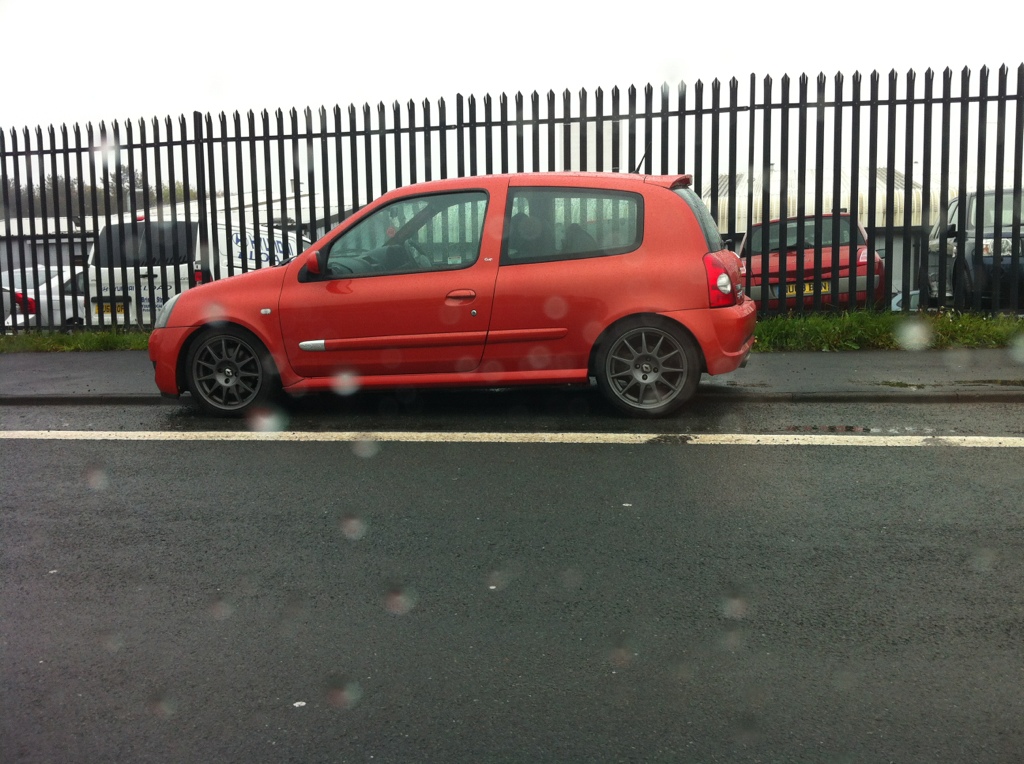 ClioSport Club Member
182 & Dci 100
It is a very smart one tbh mate. geordies a mechanic also so allways has his cars in perfect running order too

Austin-182 said:
It is a very smart one tbh mate. geordies a mechanic also so allways has his cars in perfect running order too
Click to expand...

ClioSport Area Rep
RB Clio 182
If I was looking I like to look for standard ones but this would really interest me because there not cheep nasty mods! And I'm really fussy!!
T

Nissan 350Z
I like original cars but that looks better than standard anyway to me.

Stuff like your wheels, recaros etc wouldn't put me off. Cheap coilovers or lowering springs and noisy exhausts do.

ClioSport Area Rep
Liquid Yellow 182
Sell as it is, my fiancé has a RB 182 cup and I replaced the interior for the normal 182 set. Much nicer now. I've still got the material set in the garage in storage in case anyone does want it?
J

172 cup
Geordie what price are you looking to sell it for? x
You must log in or register to reply here.

Suspension for the roads

M
Did the Clio 172 cup have leather seat option?