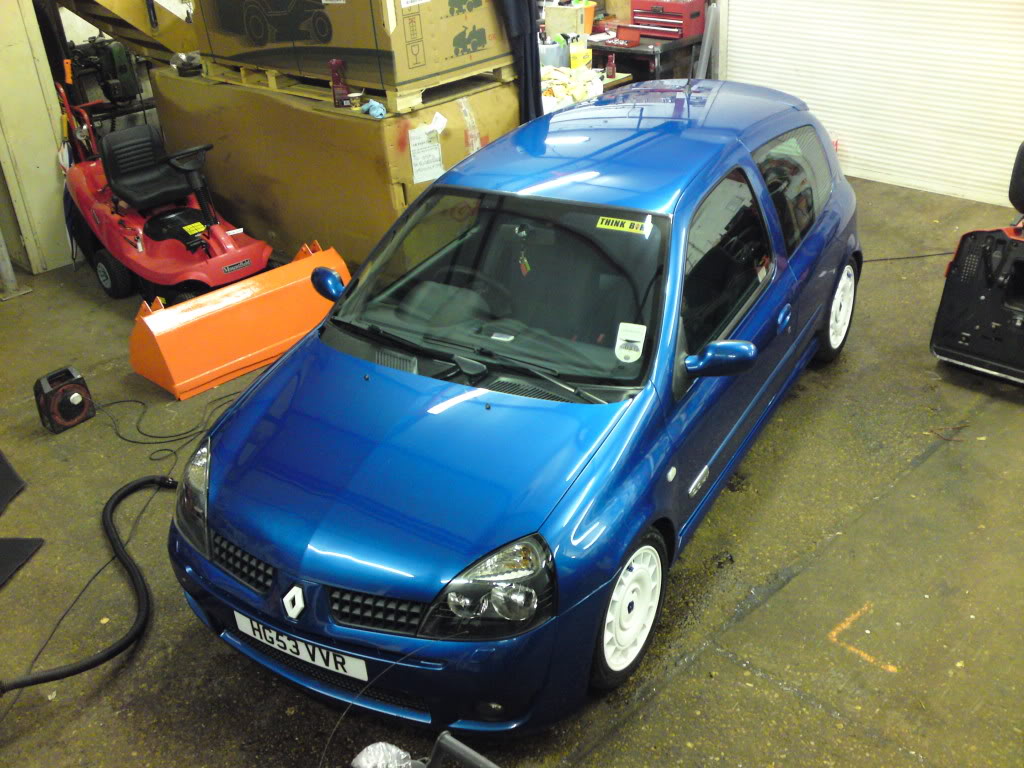 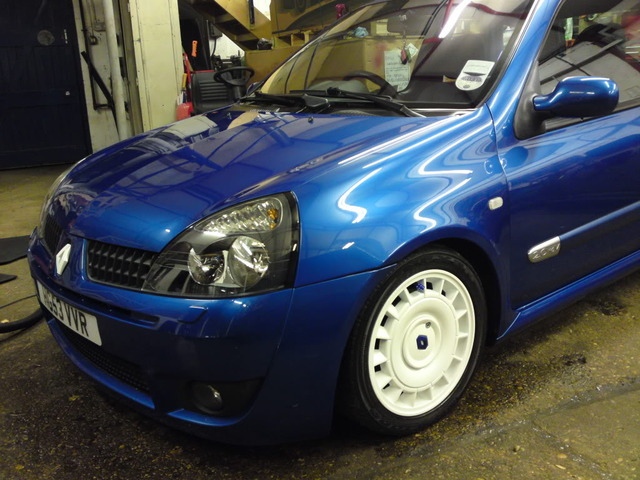 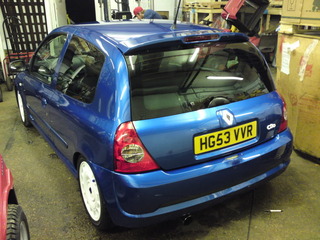 1.2 dynamique
That looks mint! But white winter wheels? Have fun cleaning them

Meg 225, RaceCup, M3
Mint looking Cup there matey! The only gripe with it is the clio badge being on its own, reckon if you should smoothed it out it would look sweet!

I see you have the same centre caps as me on my turbines. Do you find that they move after driving? I can't seem to get mine to sit properly. I 1000% deffinately have the same ones as you though! (Plastic ones yeah?? lol)

Ultra Red Megane 225
yup thats the ones. and yes, they do move. they're not quite a perfect fit, but imo they look 100x better than the original caps.
J

ClioSport Club Member
Hate those turbines. Why are they on and not your Turnis?

Ultra Red Megane 225
i havent got turinis. didnt want to be a sheep!

RS Clio 172
like that a lot mate! wish i had that sort of space indoors to work with. my garage is a little cramped love the wheels.

also... i'm no expert but iirc there's no real need to layer/coat SRP, i'd prob say the same with the cleaner wax although i've never used that particular product. if you're doing layers you're best of layering the EGP. correct me if i'm wrong!

ClioSport Moderator
650 - V8 Goodness
Like this, a lot! Even on the turbines.
S

Pasty said:
i havent got turinis. didnt want to be a sheep!
Click to expand...

The Cleee-O
Awesome! That is the freshest Sport I've seen in ages, epic white on blue combo. And the turbines look like new. I want to see more of this one for sure. And lol at not wanting to be a sheep, good move for breaking away from the pack! Epic, Epic Car...And well done on the cleaning, looks nice and shiny Ooo, I think I'm in love...

Dynamique Flamer
Pasty you want to do my car?

Very shiny, like said above no need to layer SRP as its a polish and brings out the shine. Wax needs to be layered to offer more protection.

Hope you waxed the wheels or thats gunna be a pain cleaning.


When I got the wheels they were silver, they didn't look better thats for sure.

Pasty said:
you couldnt afford me!
Click to expand...

Coupe/Defender V8
Minty! Do like the wheels - goes well with the paintwork.

Please can we blacklist the word turinis

Jamie said:
Hate those turbines. Why are they on and not your Turnis?
Click to expand...

Haha - I thought the same!


Pasty said:
i havent got turinis. didnt want to be a sheep!
Click to expand...

What? Isnt it a proper cup then?

I can understand not wanting to put them on a 1*2 non cup however how can you be a sheep if they come with the car as standard!? lol

The Turbines have to weigh/affect brake cooling loads more than the Turinis.

Civic Em1, Civic Eg4
That looks spot on!
I love it!

What? Isnt it a proper cup then?

I can understand not wanting to put them on a 1*2 non cup however how can you be a sheep if they come with the car as standard!? lol

The Turbines have to weigh/affect brake cooling loads more than the Turinis.
Click to expand...


Yes it is a "proper" Cup but when i bought the car a few years back now it came on some fairly hideoys 17's and the fella didn't have the Turnini's.
I don't get the massive attraction to them either, they're not a particularily aesthically pleasing wheel and don't weigh a considerable amount less than the turbines. As for brake cooling thats exactly what the turbines are designed to do so you've no need to worry about that.
The RR of them and my wheels are baisically the same down to tyre profiles used so you don't need to panic over that either.

It just seems that anything after market in the wheel department is frowned upon by a few members on here but at the end of the day its my car and if you don't like it then good for you I'm really not fussed and don't think I'm getting on the defensive just felt I should clear up your questions..

Its your car and im far from worried about it but at the same time im not bothered by aftermarket wheels in general.....My current car is the only in 7 years that i have kept on the standard rim!

I just thought your 'sheep' dig was a little odd considering you owned a cup that come with those wheels as standard thats all!

is that carters workshops ?

no need for people to argue about it, it's your car to do as you please
A

FF RB 182
I have turbines too but with the metal centres! I'm just trying to decide on what colour to do them.

White ds3
sweet i like them wheels m8
A

RB 182 cup
fooking love it, but dam you for having turbines on. need to get mine back from the painter now lol

Pasty said:
i havent got turinis. didnt want to be a sheep!
Click to expand...


LOL. Looks like all cup owners will now have to change their wheels incase they're branded a sheep.
You must log in or register to reply here.