ClioSport Area Rep
172 cup
This is my seventh cliosport. I keep leaving the brand but end up coming back as I'm yet to find a car that offers all the the things that a clio does.

I've known of this car for the last year as fellow member yorkshiredaz owned it. The previous owner before him spent a fair bit of money on it and it had a decent spec;

Daz added vibratechnics engine mount and spax rsx coilovers so the car so was already a good spec.

After a little negotiation we agreed a price and I picked up the car.

My first problem occurred 5 mins after collecting the car - the stereo didn't work! So the first thing I bought was a pioneer stereo for the tunes; 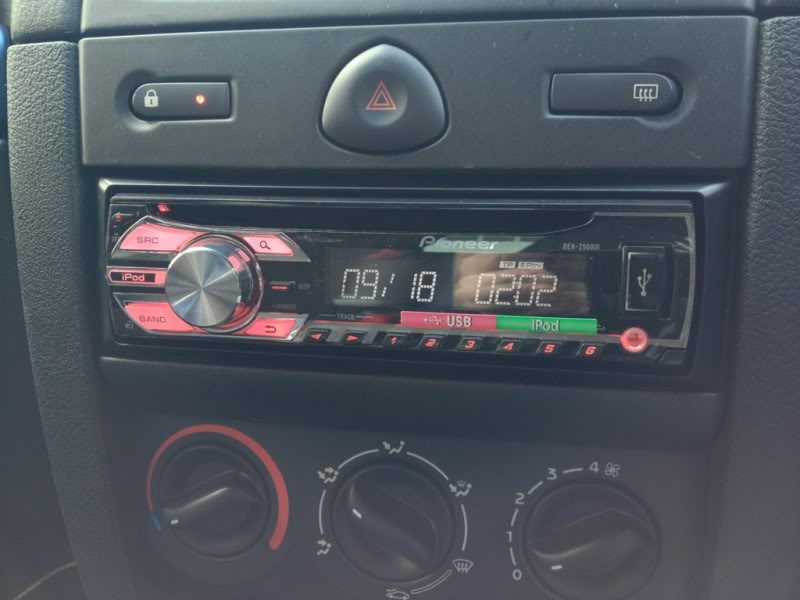 The car was due an oil change so decided to try doing this myself. I'm not what you'd call handy with the spanners but decided to have a go myself and using the guide on here managed to sort it relatively easily! 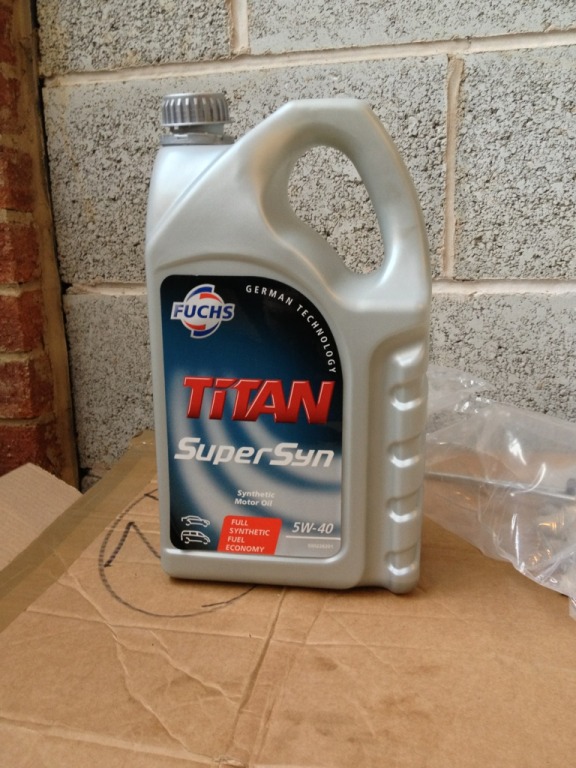 When I bought the car the wheel was at a 45* angle when going straight and was clear the tracking was all over the shop so booked into track torque for a full geo set up; 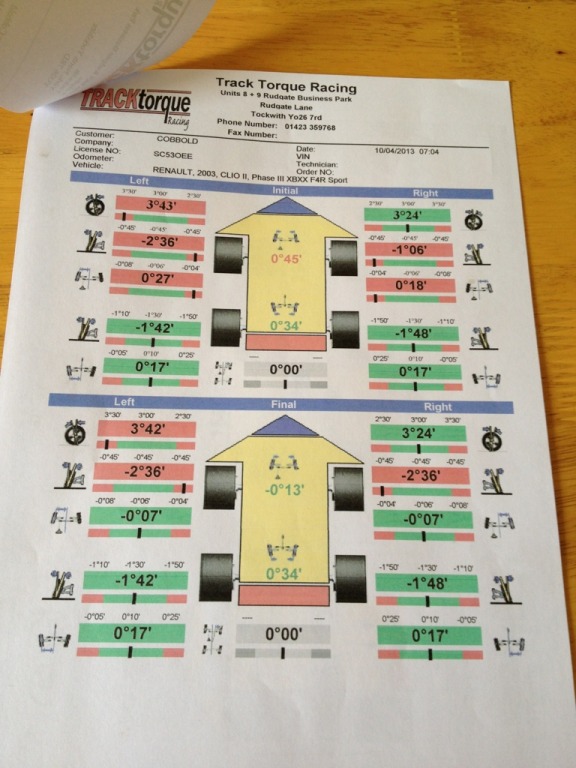 When I was there they confirmed a wheel bearing was shot and front anti roll bushes warn so these are now on the to do list.

I also purchased a ktec kit from someone on here; 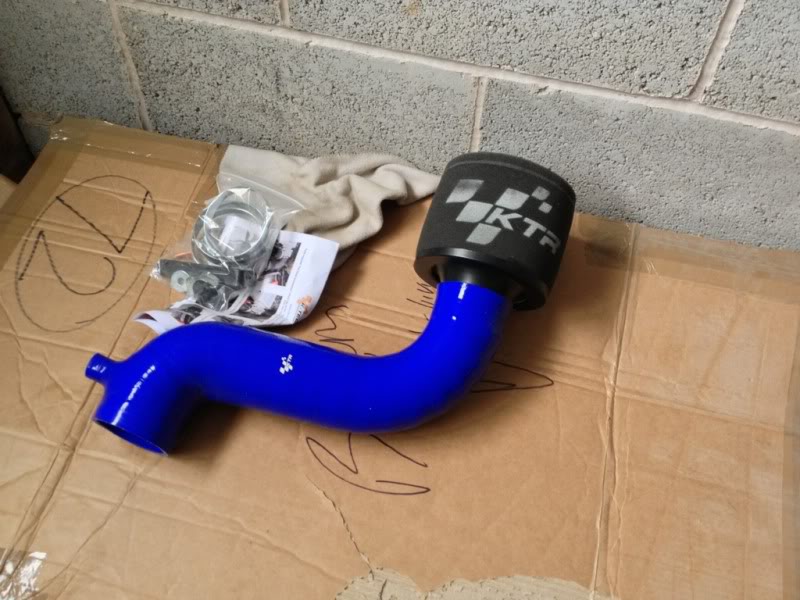 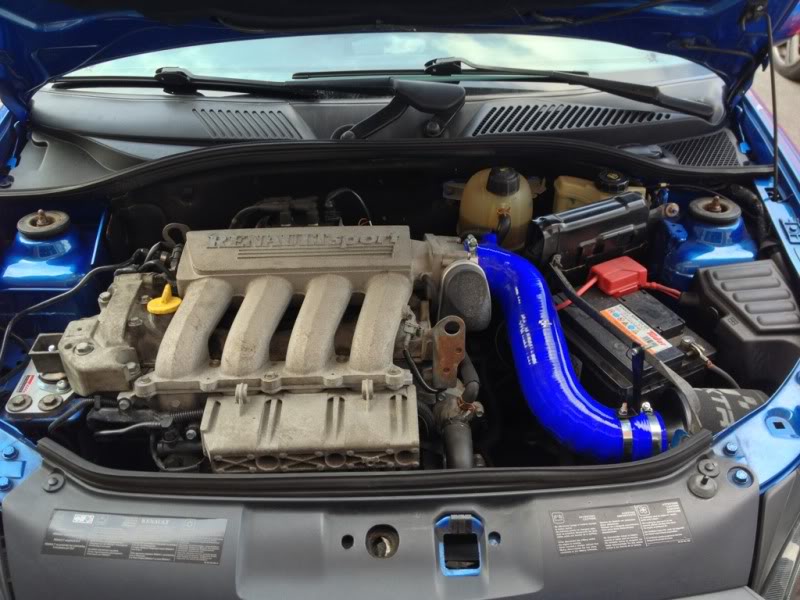 Thats about it at the moment. Car needs an mot in June so gonna just enjoy it until then and hope for the best! 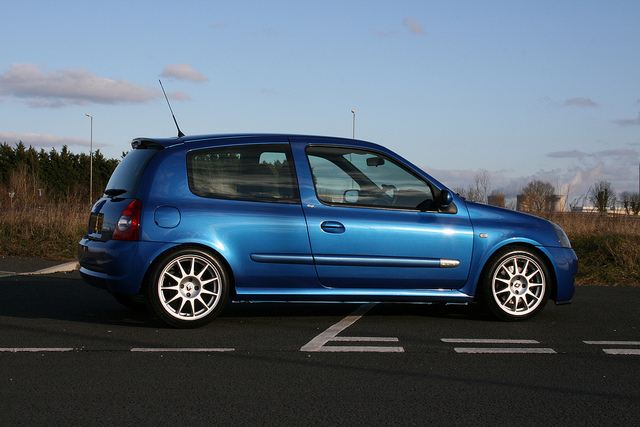 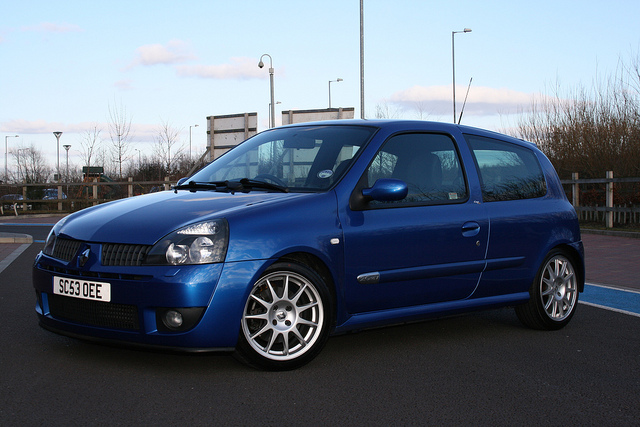 Such a tidy car! very jealous

Such a tidy car! very jealous
Click to expand...

Im glad you understand the diagrams because I certainly don't!

They told me my arb bushes are warm and will need replacing so don't know if that would affect the readings....

Doncaster _K9 said:
Nice one Jim.
I'm very proud of you getting your hands dirty.
Click to expand...

I think I've reached my limit.

Im buying some powerflex anti roll bar shizzle but may have to resort to the local garage.

realnumber 1 said:
Looks good as ever. You'll love the ktec...
Click to expand...

Went out for a little blast earlier - it does sound nuts.

Im buying some powerflex anti roll bar shizzle but may have to resort to the local garage.
Click to expand...

Could you buy me some too? I originally ordered some for the paxo and they didn't show! got refunded and have since forgotten.

I'll show you mine if you show me yours.

Ktec induction kit worth it?

Cant tell any difference in performance but was worth £100 for the noise.

If I get bored I can always sell it on here for a reasonable amount.
D

Phase 1 172
I'm thinking about doing my own 'ktec style' induction kit but not sure if I'll hate the noise.

E46 M3 SMG
Good lad - you'll love the PMS top mounts and strut brace. One of the best things I've fitted to mine!

ClioSport Club Member
Golf R
How does the induction kit sound when not hammering it?

Are you on a standard exhaust?

Danny_172 said:
How does the induction kit sound when not hammering it? Are you on a standard exhaust?
Click to expand...

Pretty quiet when not hammering it. Cars running a btb stealth and decat.

ClioSport Club Member
mk8Fiesta ST,172 cup
had the pms top mounts on my last ph1, think ill get them plus the strut brace for my current one. they are very well made and look great under the bay.
M

ClioSport Club Member
Many Things
Give me a shout when it's back up for sale mate, my bro may have got rid of the van then and would probably have it back if it's still in good condition

BlackGold said:
Give me a shout when it's back up for sale mate, my bro may have got rid of the van then and would probably have it back if it's still in good condition
Click to expand...

Not that jim has a reputation or anything.

Lol. Straight as a dye now.

​Good to see you getting some spanner action in.

​Good to see you getting some spanner action in.
Click to expand...

I'm enjoying it. I'm hoping to do the odd track day this year as well.

Powerflex arb bushes as the standard jobs were worn; 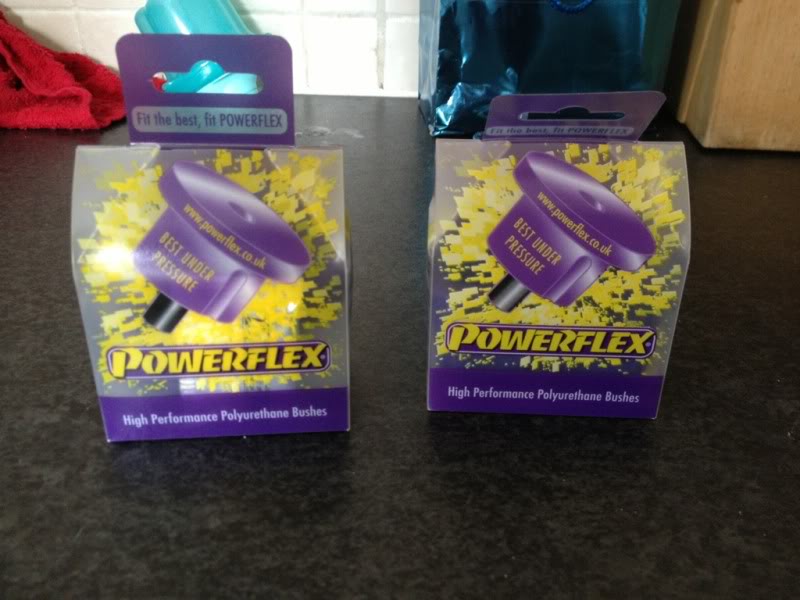 And new discs and pads from btm as my rear wheel bearing is screwed so thought I might as well do both sides; 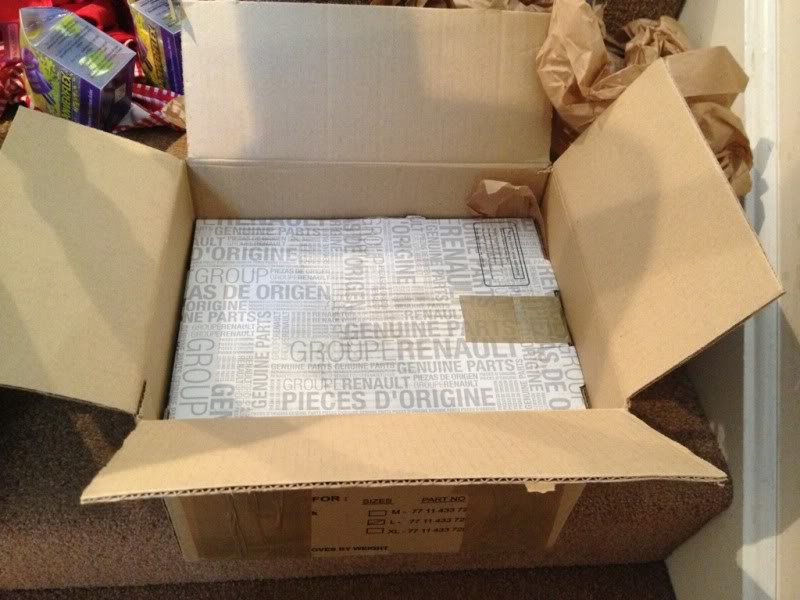 ClioSport Club Member
Jim's rejects
Nice.
When are they getting fitted?

Doncaster _K9 said:
Nice. When are they getting fitted?
Click to expand...

Now. Had a bit of an issue as the spacers were missing so picking them up in 5 hours time.

Turns out the rear disks were missing the spacers which might explain why it ate a rear wheel bearing In the space of 3k miles!

ClioSport Area Rep
172 cup
Hoping to have a go with this in the next couple of days; 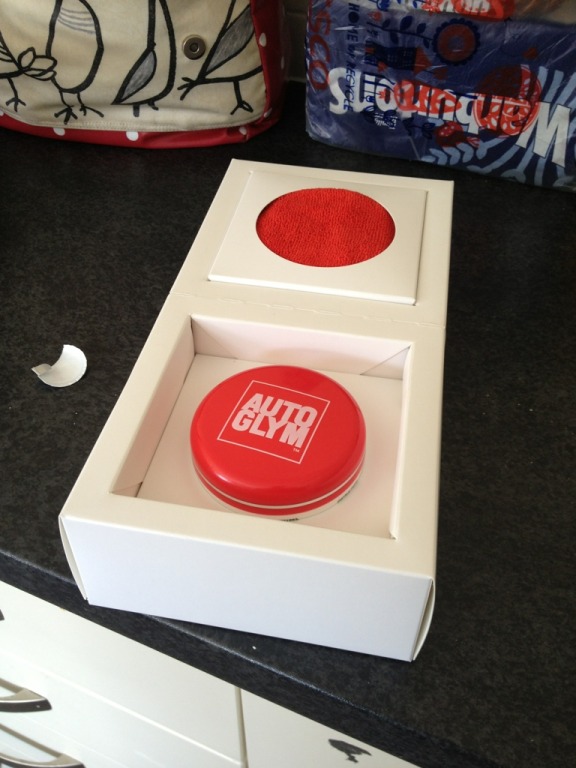 (That's the AG, not the warburtons)

172 Cup race car
Good polish, I use that on the RS4,however I apply it by bare hand, and not applicator, seems to go on better.

172 Cup
I see it is still looking good! That used to be my mates (chris205 off here) bro's and it was always a lovely example. 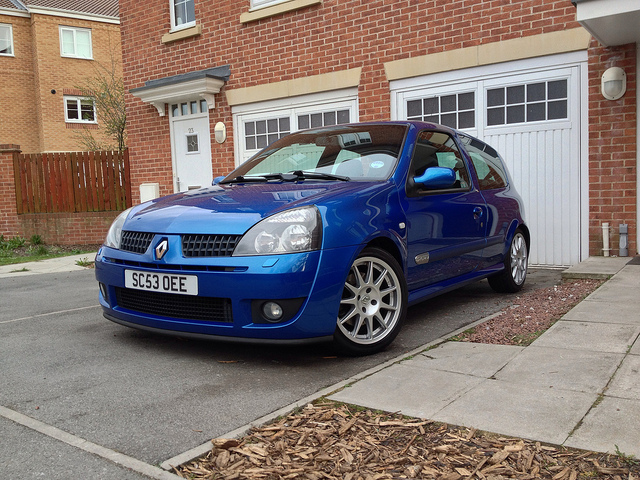 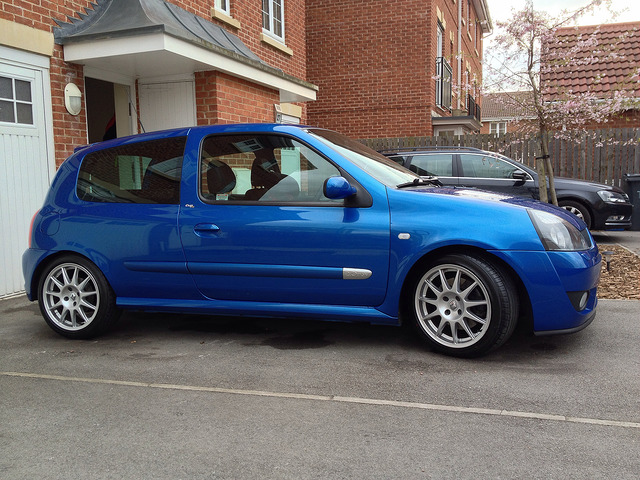 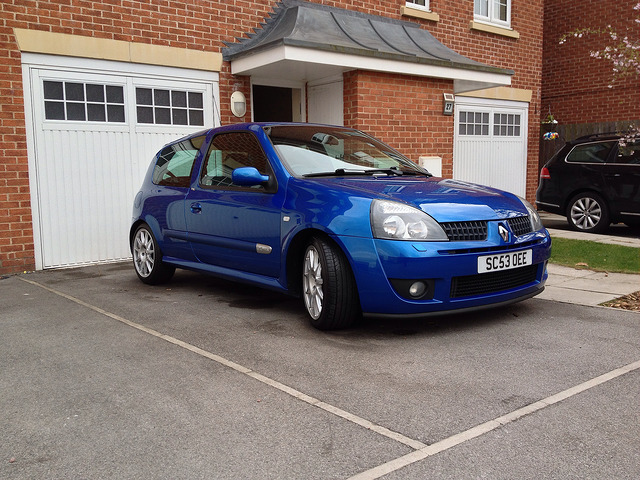